The 2020 Prithviraj- Biju Menon starrer Ayyappanum Koshiyum (2020) directed by the late K. R. Sachidhanandhan, popularly known as Sachy, brought Malayalam audiences a breath of fresh air with its relatively simple plot but complex characters and their intricate interactions. Mostly centering around the ego clash of two Uber-masculine individuals, Ayyappan and Koshy, one would believe the plot to be two-dimensional, monotonous, and bland. However, it ceases to be anything but that as it subtly comments on issues of class, caste, gender, performance, and toxic masculinity. The characters that stand out best after the main leads would be Koshy’s father, Kurian, and Ayyappan’s wife, Kannamma.

It is no surprise that these two would catch the eyes of the audience as even in scenes including the two leads, they are able to impose their presence, and that too a demanding one. They also embody the two central ideas of the movie; the epitome of toxic masculinity in Kurian and the subjectivity of marginalization in Kannamma. While all three aforementioned male characters are stereotypical identities prevalent in Malayalam cinema, it is perhaps Kannamma, the female subaltern, who is most empowered, albeit problematically represented. This article will attempt to comment on Sachy’s placement of Kannamma in the larger male-ego clash that the story centers on and how his representation is vindictive of the subaltern experience while also not free of scrutiny.

Kannamma simultaneously internalizes, resists, and subverts the hegemonic discourse prevalent in Malayalam Cinema (and society). She is introduced as a member of an Adivasi community whose activism lands her in multitudes of trouble. As mentioned before, what perhaps makes her stand out the most is how she demands respect in all scenes she is present. Her rough and assertive performance, contrasting to the mainstream docile portrayal of female characters in Malayalam cinema, is made most evident in her imposing presence. This establishes her as an alpha in a phallocentric setting like a male majority police station, a site that embodies uber-masculine characteristics in Malayalam Cinema.

An example of Kannamma’s daring personality is when she slaps a village officer who argues with her over paperwork that she submitted for upholding the rights of the local backward community. Another example is the comment she makes when she meets Koshy for the first time and sees her husband addressing him as “Sir.” She is instantly taken aback and questions Ayyappan: “Isn’t he a criminal? Why are you addressing this Bourgeois rascal as ‘Sir’?”. The very use of “Bourgeois” and her association of it with the vulgar shows her Marxist stance and her awareness of prevailing capitalist hegemony. Later on, when Koshy, his driver, and the secondary antagonist, Kuttamani, attempt to confront Ayyappan at his residence, they find only Kannamma present. This places her in a masculine environment against three males. Nevertheless, Kannamma, unphased by the arrival of Koshy, confronts him head-on after listening to Koshy insult her husband, asking him, “Is your mother still alive? If she is, it is better to kill her. At least that way she won’t suffer watching what her son has become.” 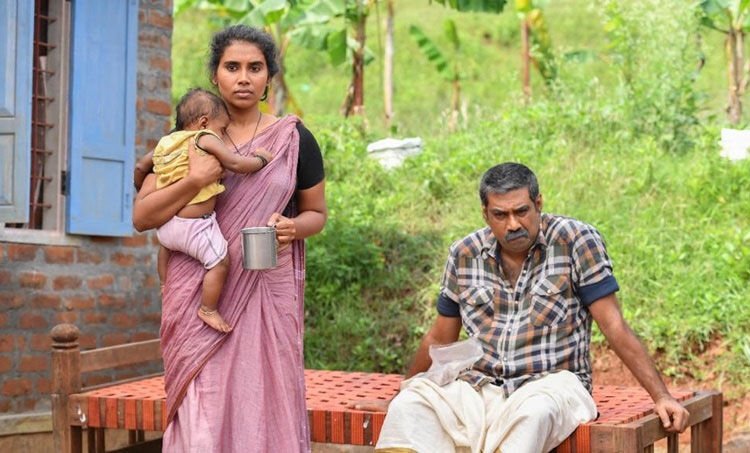 Sachy’s emphasis on showing Kannamma with unkempt hair, worn-out clothes, darker complexion, with a baby in her arms show her marginalized yet independent identity free from the male gaze, which has time and again eroticized the female body. Though some may criticize the film for the lack of screentime Kannamma has, one needs to consider the character depth and symbolic identity Sachy has given his heroine. This in itself is a valid argument against labelling Kannamma as a tokenized character. This can be backed by scenes like the one where Ayyappan bids farewell to Kannamma before going into his’ Final battle’ where Kannamma is shown to be calm and composed. She tells Ayyappan that he does not have to worry about her or his child and that she would take care of their son’s education. She is a realist who recognized that her son too would have to face exploitation because of his class and caste, and this is made evident through her comments like “He (their son) will have to face a lot of strong winds and rain in his life, let him normalize it from a young age”. Her doubly marginalized status is never used as an excuse to victimize her.

On the contrary, there is always mutual respect in the interactions between her and Ayyappan, and this is reflected in the language they use. All interactions they have in the movie leave gender out as a filter for language, and therefore both subtlety and rashness co-exist without them being assigned to gender binaries. For example, when Ayyappan says, “If you can make a cup of tea, I will have it,” it is understood that Ayyappan does not recognize it as a female’s responsibility to serve the man and accordingly uses a language that is neither imposing but at the same time respectful.

Related Read To Ayyappanum Koshiyum: Top Malayalam Movies of 2020 and Where To Watch Them Online

The placement of Kannamma with respect to other characters is meticulously planned. Kannamma, in one scenario, is placed opposite Ruby, Koshy’s wife. In Koshy’s household, Ruby is a mere bystander and has no voice of her own. All the major decisions and actions that happen are between men. She is physically, verbally, and spatially subjugated due to patriarchy. In one instance, Ruby intervenes and critiques Kurian for imposing patriarchal traits on Koshy when he forces him into “manning up” but gets slapped for interfering in “manly” conversations. On the other hand, Kannamma pushes Ayyappan into the conflict against Koshy when he contemplates the idea of seeking revenge on being wronged. Kannamma has a more active role both within and outside the household and is not a victim of domestication like Ruby. She is constantly conversing with the tribal and other marginalized communities in her area, recognizing their struggles and fighting for them. The stark contrast evident in the performance of the protagonists’ wives insinuates a narrative that associates exploitation and marginalization as inherent characteristics of the upper class.

It has to be noted that Kannamma obligating Ayyappan into seeking justice is in a way also an admonitory stance against the system of power that is responsible for her and her communities’ marginalization. This is contrary to what fuels Koshy’s reason for getting even with Ayyappan; the need to satiate masculine pride imposed on him by his father. Another scenario of Kannamma’s place could be opposite to Kurian himself. Both of them ooze a sort of alpha presence in being assertive and resolute in the face of trouble. Kannamma embodies a similar aura to Mahasweta Devi’s Dopdi from her collection of short stories, Breast Stories (1997). 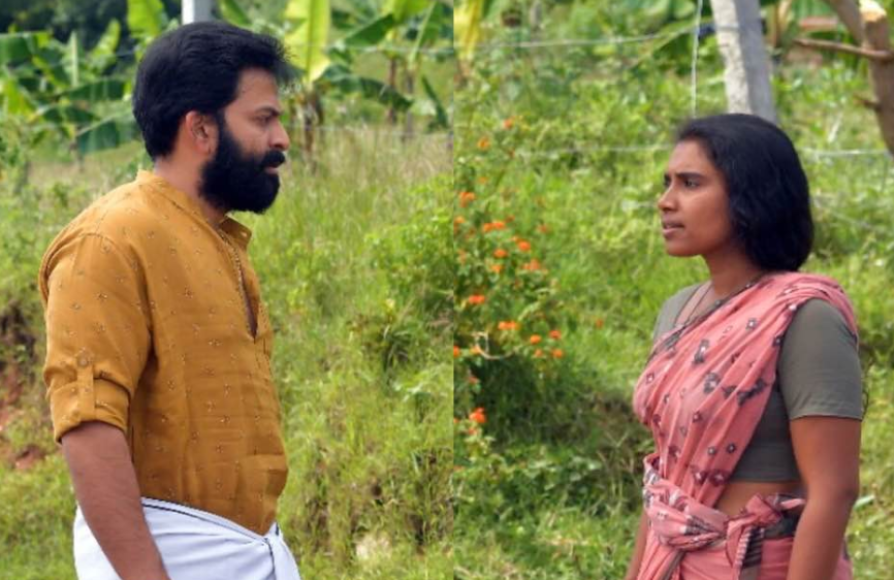 This is most apparent in the scene towards the end of the movie where the police arrest her. Her subaltern identity, fight for her fellow comrades, rebellion against corruptive power structures, etc., all supplement her as an almost reincarnation of Dopdi. However, unlike Dopdi, she is placed in a situation where she is not alone in the stand against the authorities that marginalize her. This would be the only criticism in the movie’s portrayal of Kannamma. Whenever she commits some form of crime, her husband saves her from persecution as he is the Sub-Inspector of the local police station. There is a significant difference in the portrayal of Dopdi and Kannamma, as Dopdi’s perpetrators are Kannamma’s saviors, to an extent.

Even as Kannamma never seeks the help of the police, she is inadvertently protected by them as they recognize that her actions are just even if they involve crimes to the extent of physical harm. Ayyappan shows characteristics of White Knight Syndrome when he reveals that the very reason he married Kannamma was to save her from a case where she would have had to face severe penalties. This makes Kannamma unwittingly dependent on a male character.

Related Read to Ayyappanum Koshiyum : The 20 Best Indian Movies of 2020

In Ayyappanum Koshiyum, Sachy makes sure to portray her as someone who is not reliant on the police and whose activism is done so without the confidence of the police, but the criticism of her nonetheless being supported by the police, and more importantly, a male, cannot be ignored. Therefore, a movie that could have been characterized as a subaltern vindication ends up portraying a flawed feminist figure who is helped by an institution that is responsible for the oppression of countless others. This then becomes a question of whether Sachy is trying to state that the subaltern will always remain without the help of oppressors or whether he was plain ignorant to what a solid feminist figure is.