Bela Tarr's vision is destructive in its beauty. He juggles heavy themes in a relatively humble setup and flies away with a shining ode to death. It's crushingly atmospheric background score, the extravagant long takes and the weightlessness of man's actions towards his written fate echoes loudly amidst the grave silence.

Day 1: The basic necessities: food, water, shelter and comfort of clothes.
Day 2: The decay begins with the greed and immoralities.
Day 3: The futility of existence, the pointlessness of life.
Day 4: Escape, one last flicker of hope.
Day 5: Darkness. Opaque and solid, like a boulder which is immovable.
Day 6: Death.

It is said that Friedrich Nietzsche’s mental breakdown was orchestrated by a horse in Turin,  who was being bullied and beaten by his master. Upon witnessing the act, the philosopher ran towards the mare and hugged his long slender neck, weeping at the unknown sorrow. Days after the incident, he was submitted to a mental facility wherein he died in 1900. Bela Tarr takes the same man and horse into account and spins a parable so fleeting in its first look and yet so heavy on the hearts with The Turin Horse.

Janos Derzsi returns to his minuscule cottage in the middle-of-nowhere with the loyal Turin Horse. The storm has begun and thus the daughter, Erika Bok, serves the father and guides the animal to the stable. Bela Tarr captures the daily routine to the most excruciatingly painful detail, mocking the purposeless activities that defines the day. As the narrative unravels, we see solitude like nothing before: it squats lazily on the kitchen sink, adjusts itself between the creaks of floor and table and rests hauntingly on the windowsill. 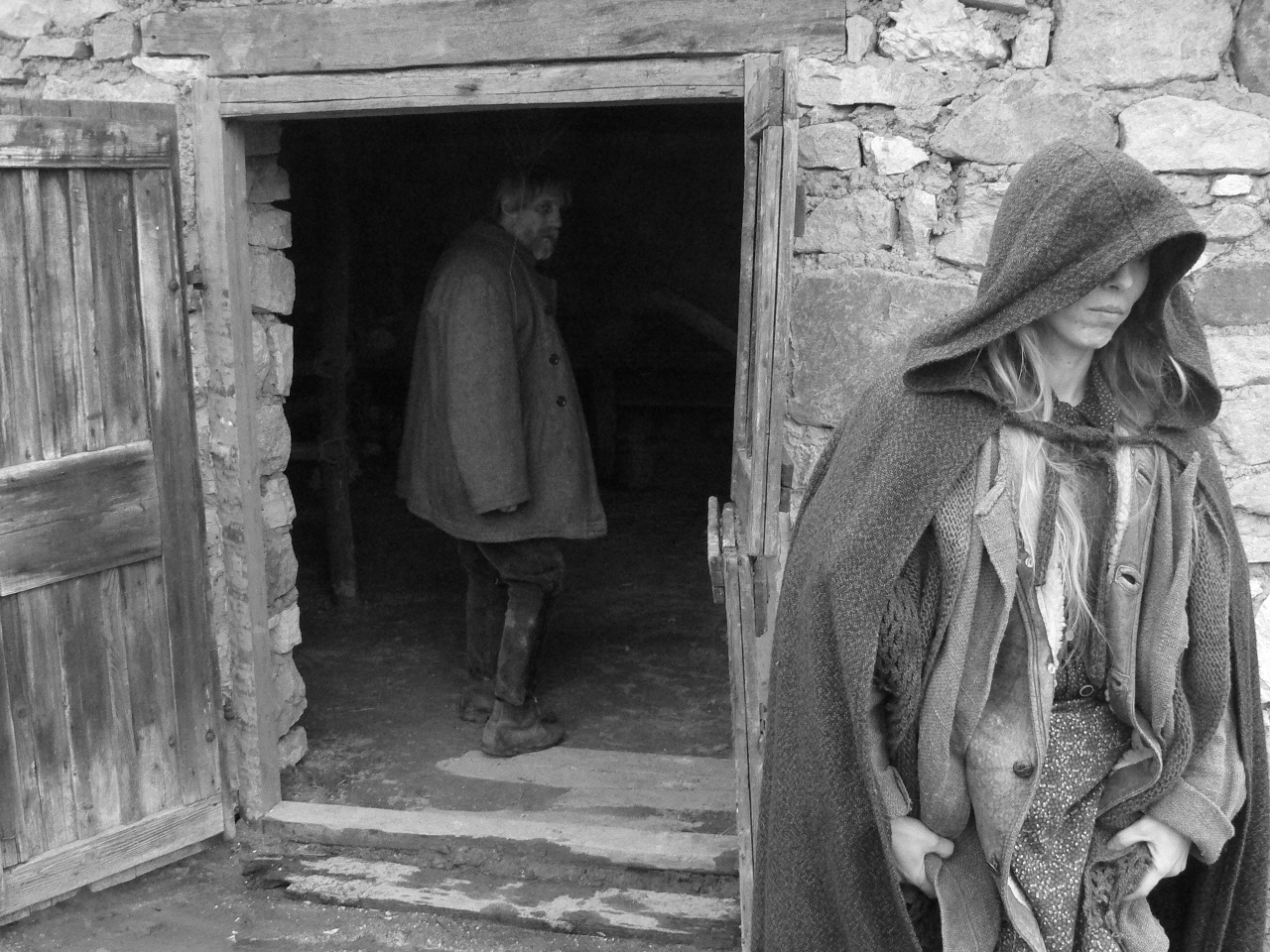 When peered outside from those cobwebbed windowpanes, there is a relentless storm, hinting at the possible apocalypse or maybe a rewind towards the beginning of creation. The house stands still in between the chaotic winds, like a warm center of life in an unforgiving environment. Daily chores like feeding the horse and getting water from the outside well becomes tiresome. Existence becomes all the more difficult, a herculean task as the week progresses.

Once during the week the father and daughter are visited by a mythical messenger, one from the dark side. He whispers tales of debasement and debauchery, the unspeakable violence and the fall of humanity and/or Gods. As a tasteful backdrop for the proceedings, this prophetic juncture of an event sounds vague and yet holds the key to mankind’s annihilation. Bela Tarr then refocuses his gaze on the Horse as he becomes the first to succumb to eventuality. A searing metaphor for losing the will to exist, he ceases to eat and drink despite numerous whims of his masters.

Bela Tarr’s vision is destructive in its beauty. He juggles heavy themes in a relatively humble setup and flies away with a shining ode to death. It’s crushingly atmospheric background score, the extravagant long takes and the weightlessness of man’s actions towards his written fate echoes loud in the halls of The Turin Horse, which will be long remembered as a magnificent farewell to the art itself, from the Hungarian auteur.

The Turin Horse is a monumental piece of existential craft which is as cosmic in its grand struggle as it is personal in its quiet vain. The silence eventually whispers volumes, day to day routine boasts of masked pointlessness and the light is merely the absence of darkness. Bela Tarr’s magnum opus is a mesmerizing exploration of humanity’s eventual decay into nothingness.