Self awareness is the gut-holding in pants of the writing realm. It accentuates the assets and tames the problematic bits.

Quite often, self awareness is the saving grace that ushers a (potentially bad) movie into parody territory using its shortcomings to defy expectations and get a few laughs.

And that’s the kind of film we have on our hands today.

Latest entrant of the 2017 Fantasia Film Festival, Tragedy girls is a teasing jab at the slasher genre. It’s not as adoring to its predecessors as say Stranger Things or Shaun of the Dead but rather playfully cynical about its roots. 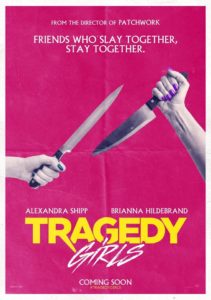 So what’s the story?

Two psychotic friends decide to make their senior year one to remember by going on a killing rampage. In contrast to other killers with intricate agendas, they ‘do it for the vine’.

Just like that now-dated reference, this movie is a call back to the former reigning franchises of the genre. In fact, the soundtrack often plays homage to these heavyweight flicks ranging from an agitated violin piece (a reference to Psycho) to a hostile piano number (an ode to Halloween).

When the movie isn’t giving the one finger salute to its cinematic peers, it’s weaving a low-concept narrative with well orchestrated components.

Let’s start with the writing. The dialogue in this movie is really funny. What makes it work isn’t the wording or pacing (which was the case for fellow self-aware movie Easy A) but the disobedience to our expectations.

What further pushes the writing over the edge is the accompanied acting and editing.

With regards to the former, Briana Hildebrand and Alexandra Shipp carry this movie as the leads. They provide an arched eyebrow of a performance with manic energy and effortless chemistry. The other performances aren’t particularly memorable or merit recognition, so moving on. 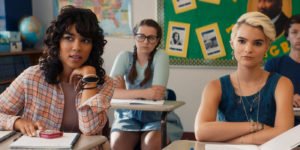 The editing is a lot swifter. With relentless speed, it allows for a lot of ‘meh’ jokes that would have otherwise fallen short to hit home.

Thus, the sum of the parts makes for a very entertaining whole.

In a lot of ways, Tragedy Girls feels like a twisted take on Heathers. Nay, an UPGRADED take on Heathers (with a bit of Single White Female and Hard Candy thrown in there).

With brazen phrasing and an unapologetic tone, both films are two sides of the same coin with one main distinction: audacity (or lack thereof).

Tragedy Girls ventures where Heathers was too afraid to go (because Veronica gets a conscience or whatever). 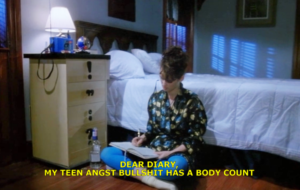 Now with all that’s said, this film is not without its flaws.

For starters, it’s twenty minutes too long. While the overall pace of the movie is snappy and dynamic, it slowly starts to fizzle out past the one hour mark. This is where all of the aforementioned elements lose their initial charm and border on to cliché territory. So the tropes that were previously ridiculed are now presented to us in a serious connotation, the editing slows down, and the tone wavers from its clear-cut orientation. 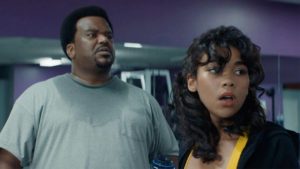 If an individual cliché feels like a pebble in your shoe, then this is a visual representation of what those twenty minutes felt like. 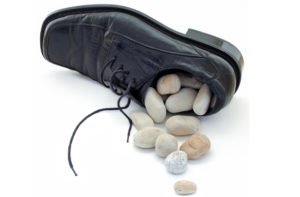 Therefore, shedding that excess run-time gets you a tighter ensemble that does not miss a beat.

All in all, Tragedy Girls is a fun movie that resuscitates the once tired tropes of the slasher flick and applies them to the modern world where technology exists and people don’t talk in fortune cookie riddles.

On paper, it doesn’t seem particularly “new”, but the execution and approach affords the moviegoer a much needed sense of novelty. It is definitely worth your time!