Notturno is now streaming on MUBI

Ten years and counting, Alia Chughtai of Al Jazeera, reported on 15 March 2021 some substantial information. “Syria’s economy has pushed almost 80 percent of the country below the poverty line, according to the Red Cross; the last death toll estimate by the UN in 2016 was more than 400,000 people; approximately 11 million people need humanitarian assistance, about 6 million people are internally placed and 5.5 million refugees live in neighboring countries according to the UNHCR.”

If Syria itself is so complex, why are Lebanon, Kurdistan, and Iraq combined in ‘Notturno’ (2020)? Italian director, writer, producer, and cinematographer Gianfranco Rosi is a documentary filmmaker who traveled three years to these countries.

The film begins with a Kurdish mother who mourns for her son in what was once a prison center where her son had been tortured and killed. Another mother listens to cell phone messages from her daughter who had been kidnapped by ISIS terrorists as they demanded a ransom. The film opens with troops of soldiers marching, showing us the presence of the military – we are not told, internal or external.

Film critic Jonathan Romney had pointed out in a Venice Podcast with Nicolas Rapold (another film critic) that much of Rosi’s film, all the same, paint “the four countries as one.” Early on from his dispatches there, Rosi paints the pain as one and the four countries as indistinguishable. He cannot help but shoot his documentary in the poetic format where words are sparse. 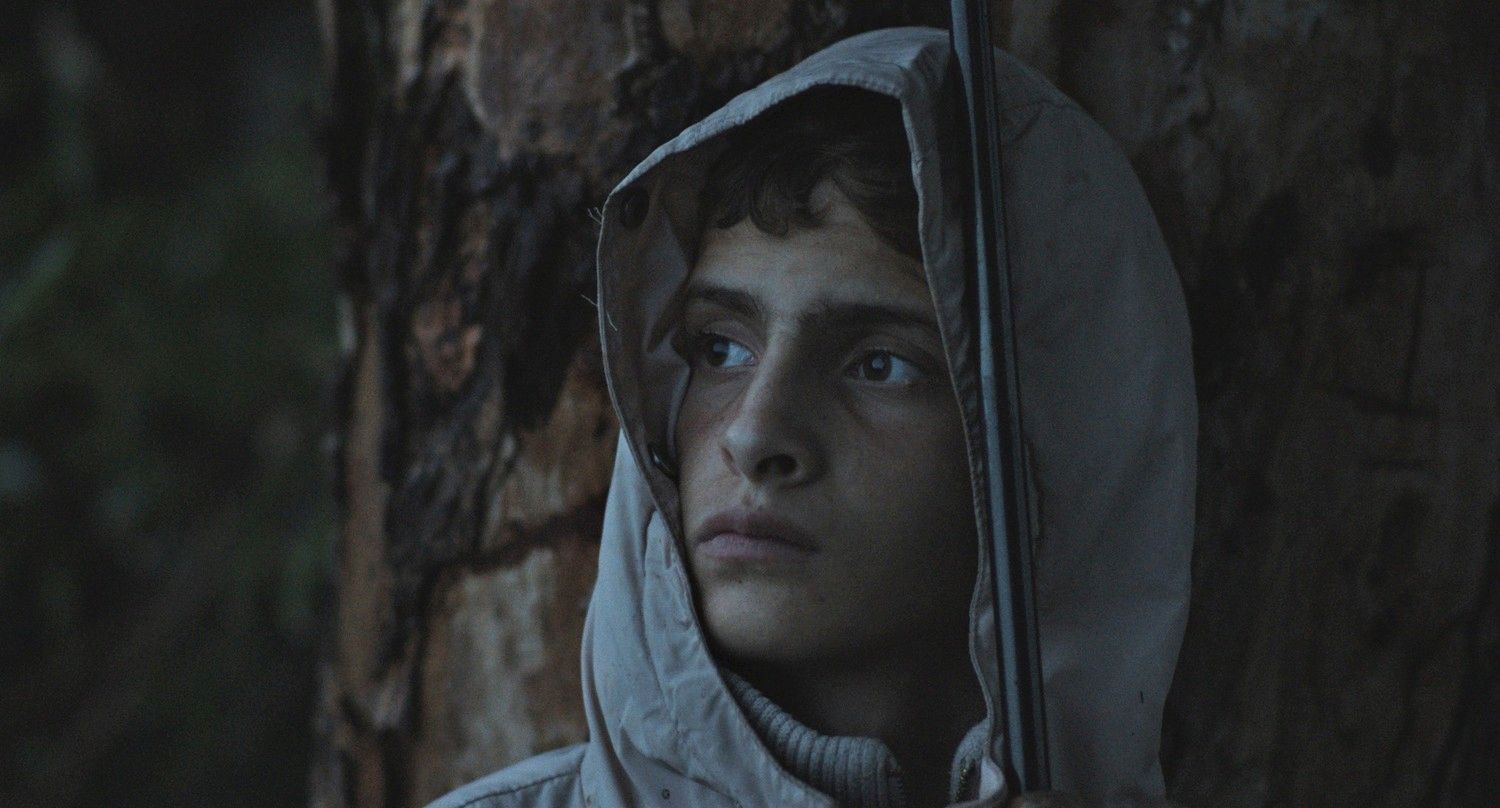 No Chughtai-like figures appear reporting or flashing the facts on-screen; neither are title cards nor little name distinctions of countries. There are a few people, and children drawing and describing the effects ISIS has had on their lives. This is quite something to watch, let alone witness or experience how the children lived through that. There are soldiers taking shifts to keep guard during the day and at night. We do not know who they are, again – internal or external. Neither do we know the impact of their presence in this unnamed country like the troops in the opening shot. There are teachers, mothers, and more little children.

There is a beautiful boy, who I swear could be a model for Chanel or Gucci or Calvin Klein, doing odd jobs, but also the man of his house already. He has his mum and many other siblings. He makes a few pennies every day; they all eat together and make their beds. He takes the couch, always, because he has to leave early. I have issues with ‘Notturno’ painting pain as poetic. I have heard Rosi’s previous documentary, ‘Fire at Sea’ was much better, but this was my introduction to him and it was rather lovely to see a filmmaker focus on the visuals and convey that much meaning. To that effect, he impressed me, mightily.

It’s almost an art exhibit but I would have some qualms about calling it a documentary on Syria, Lebanon, Iraq, and Kurdistan. Polished, perfect, and beautiful: the wide shots, the night shots, and the close-ups; this can’t be a messy war film or the daily struggles of an after-war film. Plus, the war is nowhere close to over. The pandemic happened, and Al Jazeera is still covering how these countries are dealing with the pandemic and the war. And then there is the land itself!

There are quite visuals of a man on a boat watching out for people who may enter the territory, or exit the territory. He is keeping vigil at night. This scene is so beautiful that Rosi lets him paddle all the way into his hiding center at sunset and out at sunrise. Rosi films the man through still waters that run deep; with moss and water plants; the sun and vast landscapes. Vignettes like this make the film without any apparent plot or dialogue. Just Rosi, his camera, and the sheer abundance of what he can do with his talent. I am not sure if all this counts as a “daily struggle” of the Middle East. I can say this: the film is as beautiful as a painting. You feel like you can look at it for hours and hours.