Home»Reviews»Films This Week»About Love [2019] Review: A Nuanced Exploration of Love in a Regular, Indian Family
Films This Week/MUBI/Reviews

About Love (2019) MUBI Review: The Phadke building is a multi-storeyed house that stands out from the rest of the houses in its vicinity because of its freshly whitewashed walls. It is the only non-human protagonist in Archana Phadke’s, the director, noted editor, and Berlinale Talent Campus 2017 alumni, intimately observed personal documentary of her own multi-generational family which lives inside this building. With a run-time of ninety-one minutes, About Love approaches the love shared among the director’s family members with a notable nuance. It quietly contemplates the nature of marriage and tries to hold up a mirror to the patriarchal codes that govern the everyday functioning in Indian, middle-class households, trying to comprehend the meaning of the words “home” and “love” in the process.

In one scene, Archana asks her mother, Maneesha Phadke, why she had chosen to marry her father, Atul Phadke, the self-proclaimed lion among the women in the family after his father passed away. Maneesha confesses that she liked him then. However, she is quick to suggest that she can’t believe that she has already spent thirty-two years of married life with him, and discloses that she plans to spend at least another twenty and that their marriage could only be nullified by either of their deaths. The next few scenes follow Maneesha and Atul engaged in a verbal debate over accounting matters. In another scene, we find Archana’s grandfather railing against his wife – calling her a whore, a pimp, and blaming her for all his troubles. Women of the Phadke household are subject to their husband’s whims, silently accommodating them, and sacrificing their self-respect in the process.

The men possess authority over them and do not shy away from making it known to the women. The documentary captures this raw truth, without making any effort to cover it up. We are led to witness embarrassing, otherwise private moments in a fight. In doing this, it intentionally tries to sensitize its audience to the reality of life, governed by patriarchal ideas, in an Indian household. Further, when her grandmother tells Rohan about the duty of married women, we witness how women themselves become the agents of propagating the patriarchal stance. 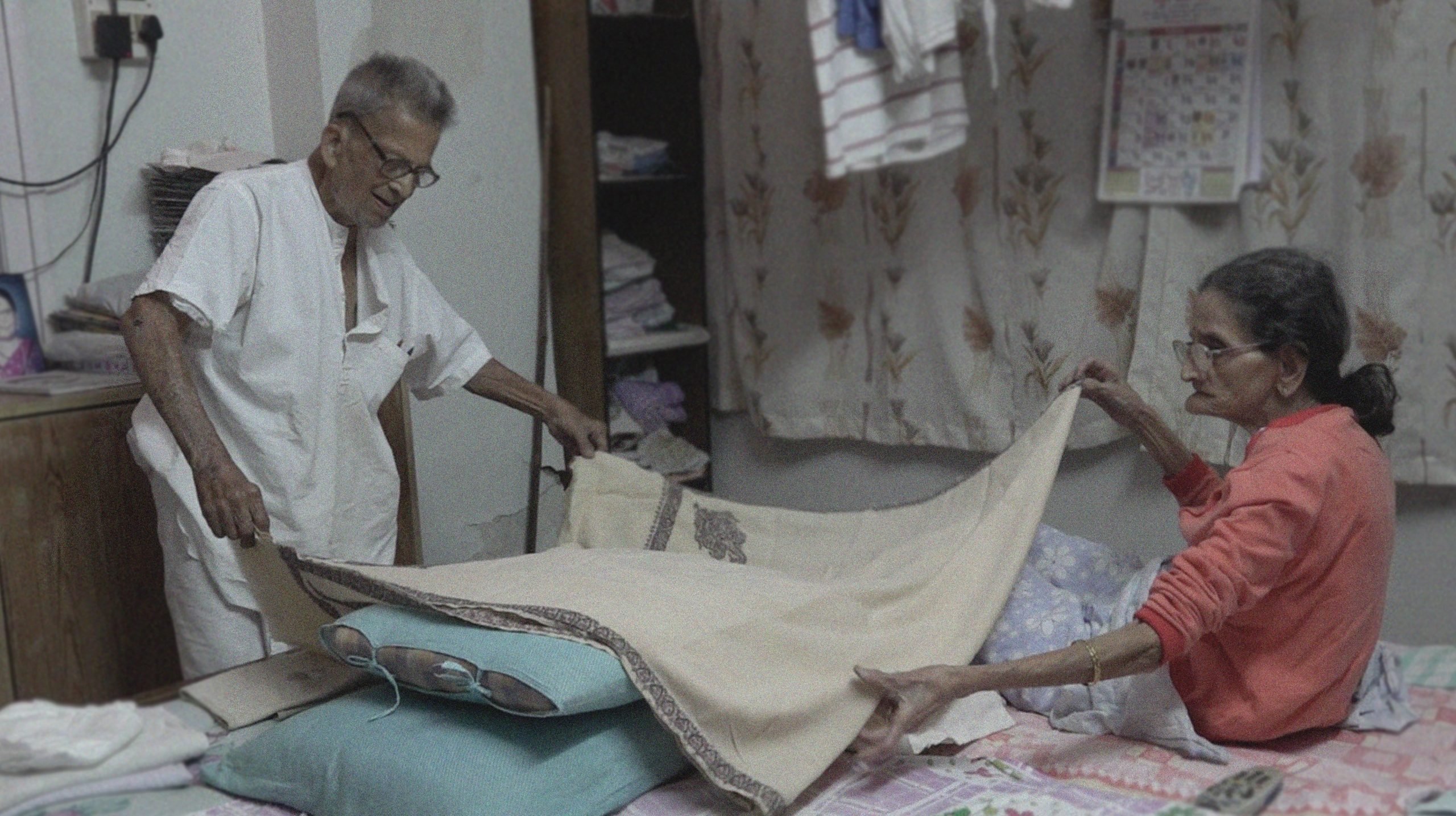 When discussions around Rohan and Gurdani’s marriage unfurl, it is important to note how Archana is forced to face her own camera, and confess her inhibitions about marriage because she doesn’t want to end up like her mother. The recognition of this future of servitude to her husband and in-laws’ family, to the extent of losing one’s individuality, scares her. It rightly voices the dilemma that every young, modern woman struggles with within today’s world. When Gurdani is welcomed into the family, she is told that soon she will become “crazy” like the other Phadkes. The word “crazy” as an adjective of the Phadkes appears consistently in Archana’s grandmother, Leela Phadke’s testimonials, but what do we understand by it? Perhaps, she will undergo the same patriarchal codification that governed the lives of the women in that house.

How, then, does love span out in such a patriarchal structure? Apart from the romantic love between Rohan and Gurdani, love becomes a feeling of familiarity in the case of the Phadke sisters; it is the hug that Archana shares with her mother when she is in tears and the care that her grandmother takes of her ailing husband. There are moments of fun and frolic, and dancing and celebrations in the family as well. Love becomes an all-rounded feeling, nothing specific, but it binds all the members to it.

It is noteworthy how the documentary also focuses on the solitude of the women in the house. While Archana’s grandmother stands on the balcony looking out into the neighborhood, her mother finds comfort in writing her own story on the computer. It sheds light on the love for solitude and individual space within the familial setup. Maneesha specifically talks about a nameless love that the protagonists of one of her literary pieces share. It is a love that transcends the temporal, spatial realities, and compares it with the love that the Hindu mythological Gods, Radha and Krishna, shared between themselves.

The documentary is not adorned with music separately. It features the everyday noises in an Indian household – the clinking of utensils, the sound of the television, voices of the family members, among others. The handheld camera gives the audience a unique position – at once subjective and objective – from where they can either choose to participate in the family’s affairs or observe them closely. About Love is comic as well as cruel in its portrayal of the family, and it is so mundane that it is easily recognizable; therein lies its beauty. It has won several laurels, including the New Talent Award, World Premiere at Sheffield Doc/Fest in 2019, and is available to stream on MUBI.