MAMI 2019: India’s biggest film festival for cinematic disruption and discovery has just announced its line-up for its prestigious India Gold section – the exclusive competition category for the latest Indian films from across the country.

The 10 films competing in the India Gold section of MAMI 2019 are an exciting celebration of India’s cultural diversity. This includes languages like Pahari, Maithili, Assamese, Nepali, Hindustani, and Bengali. The 21st edition of the festival also marks the return of a host of creators from the Jio MAMI with Star family. Bhaskar Hazarika, whose previous film The River of Fables (Kothanodi) also screened at the festival in 2015 is back with his new film, Ravening (Aamis) which will have its Asia Premiere at the section (the film had its World Premiere at the Tribeca Film Festival earlier this year). Archana Atul Phadke’s Marathi documentary, About Love will be premiering this year (after winning the best film award for her short film, Sagar Setu in Dimensions Mumbai, 2009) along with Prateek Vats’ Eeb Allay Ooo! (A Very Old Man with Enormous Wings) premiered at Jio MAMI Mumbai Film Festival with Star, 2017).

Jio MAMI with Star will world premiere three films out of the 10 in competition – Pushpendra Singh’s Pearl of the Desert (Maru ro Moti), Achal Mishra’s Gamak Ghar and Saurav Rai’s Invitation (Nimtoh) along with 6 India premieres – Gitanjali Rao’s Bombay Rose and Kislay’s Just Liked That (Aise Hi) among others.

Speaking about the line-up this year, Smriti Kiran, Artistic Director, MAMI said, “India Gold is at the heart of our selection. We are an international film festival but bringing the best Indian narratives to the world and to India is at the core of our mission. Festivals from across the world have now begun to look at us as the gateway to credible Indian cinema and we take that responsibility very seriously. I am happy we are able to take the narrative forward for our storytellers a notch higher every year.”

Director of About Love, Archana Atul Phadke commented, “It was at Dimensions Mumbai 2009, where my first short film, Sagar Setu had played and won the best film award. It was the same year that my producer, editor, and best friend’s film, Udaan won the Jury award. Year and again, we would apply to the festival and come back with our films. Four years after our last film Placebo, we are very excited to bring the story of home, with About Love, to my hometown at MAMI 2019″.

Achal Mishra, Director, Gamak Ghar said, “It feels unreal. I have been attending MAMI for the last three years. Sitting there in the dark, watching and learning from some of the best films from around the world, I couldn’t have imagined my own film playing on the big screen to such an avid audience. It’s an honor to be invited to premiere my debut film in the India Gold section!”

The India Gold films will be watched by a Jury of esteemed film personalities from around the world. The Jio MAMI 21st Mumbai Film Festival with Star will take place from the 17th to 24th October 2019. 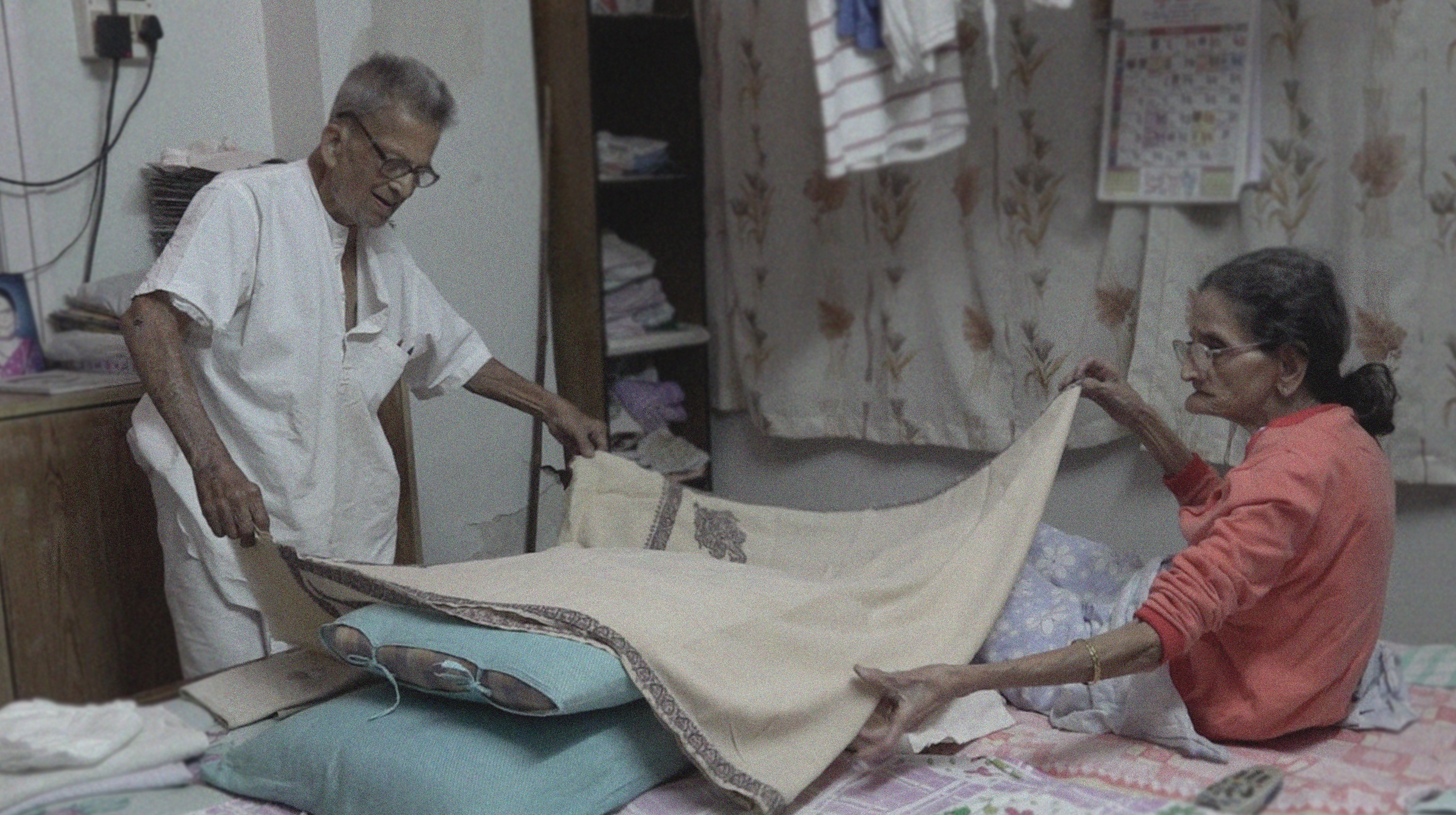 Synopsis: Who are the people behind the identities assigned to them by the institution of family? A filmmaker turns the camera towards three generations of her family inside their ancestral home – the 102-year-old Phadke Building in downtown Mumbai. Mining their daily routines and rituals, About Love deconstructs the dynamics of one eccentric household, studies its gender dynamics and brings unexpected revelations for a daughter rediscovering her family from behind the lens. 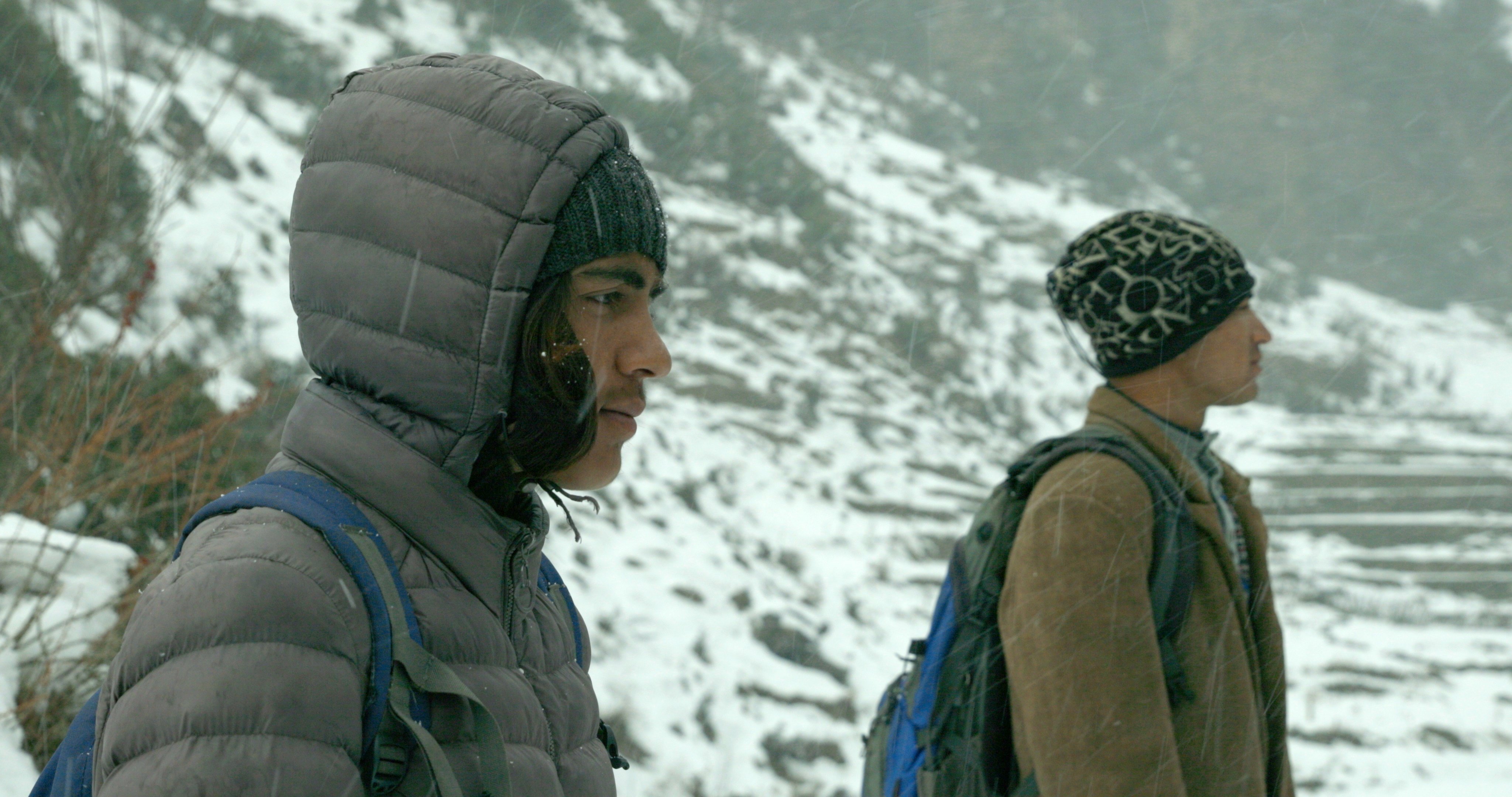 Synopsis: Kishan, 17, wavers between his own desires and his family’s hopes for him. He has to make a choice: should he live a predictable life in his remote Himalayan village or migrate to the city? Working in a café and witnessing migrations and reverse-migrations, he has disturbed sleep and nightmares. Sometimes he has visions while awake—flashes of fleeting but strong images. The film looks at the aspirations, fears, and insecurities of living in present times through Kishan’s eyes. 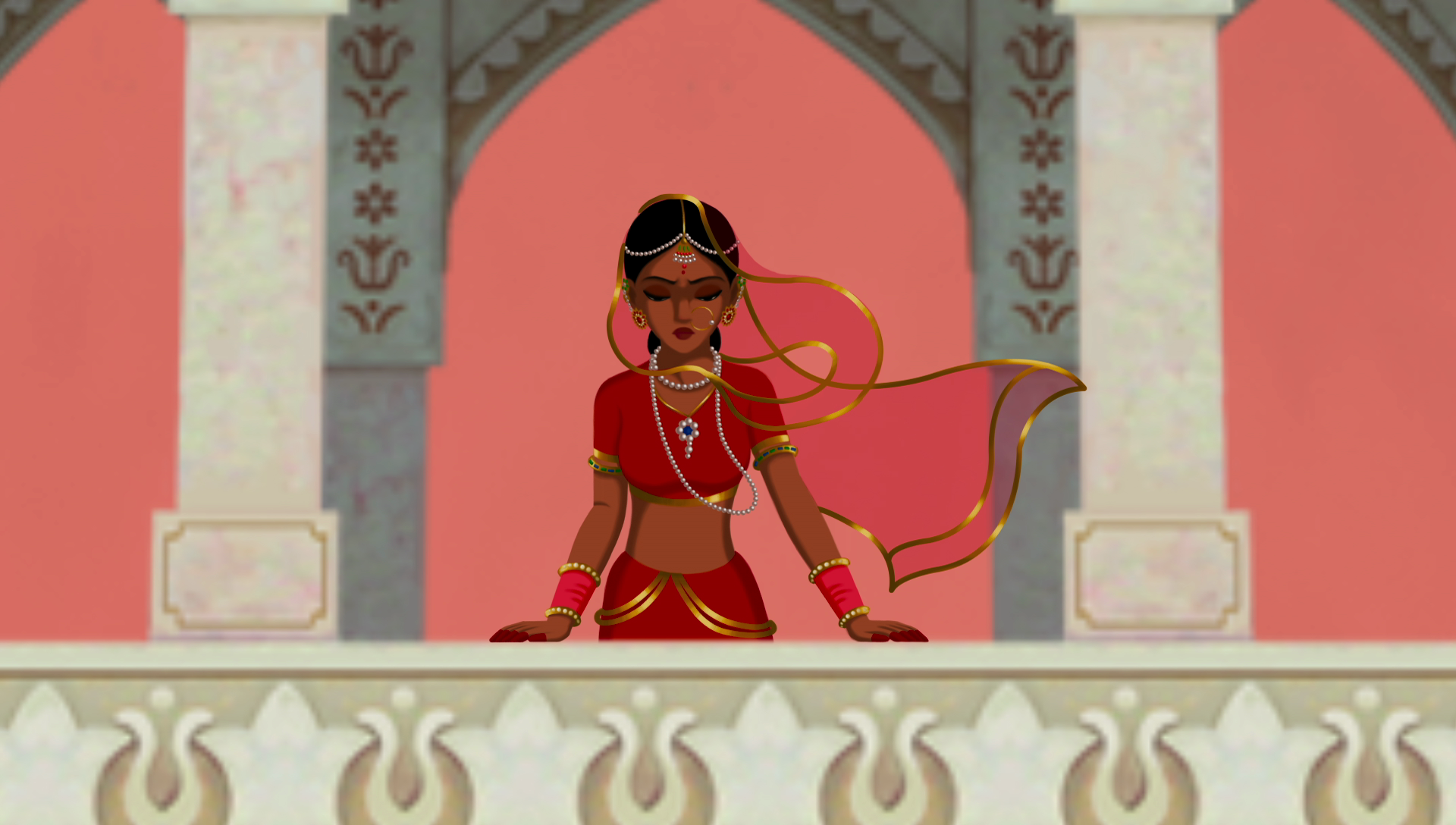 Synopsis: Escaping from child marriage, a flower seller living on the streets of Bombay also dances, reluctantly, in a club. She must choose between fending for her family and finding true love. Painted frame by frame and woven delicately through music, a red rose brings together three tales of impossible love. Love between two flower sellers. Love between two women. Love of an entire city for its Bollywood stars. Based on true events, the film explores the ruthlessness of a society where the love and life that reign on the big screen can crush you in its mean streets.

Synopsis: A young migrant battles hordes of monkeys in the heart of New Delhi as a contractual monkey repeller – a newly created government job to tackle the monkeys who have been further emboldened by the recent ban on the use of captive langurs, their natural enemy. 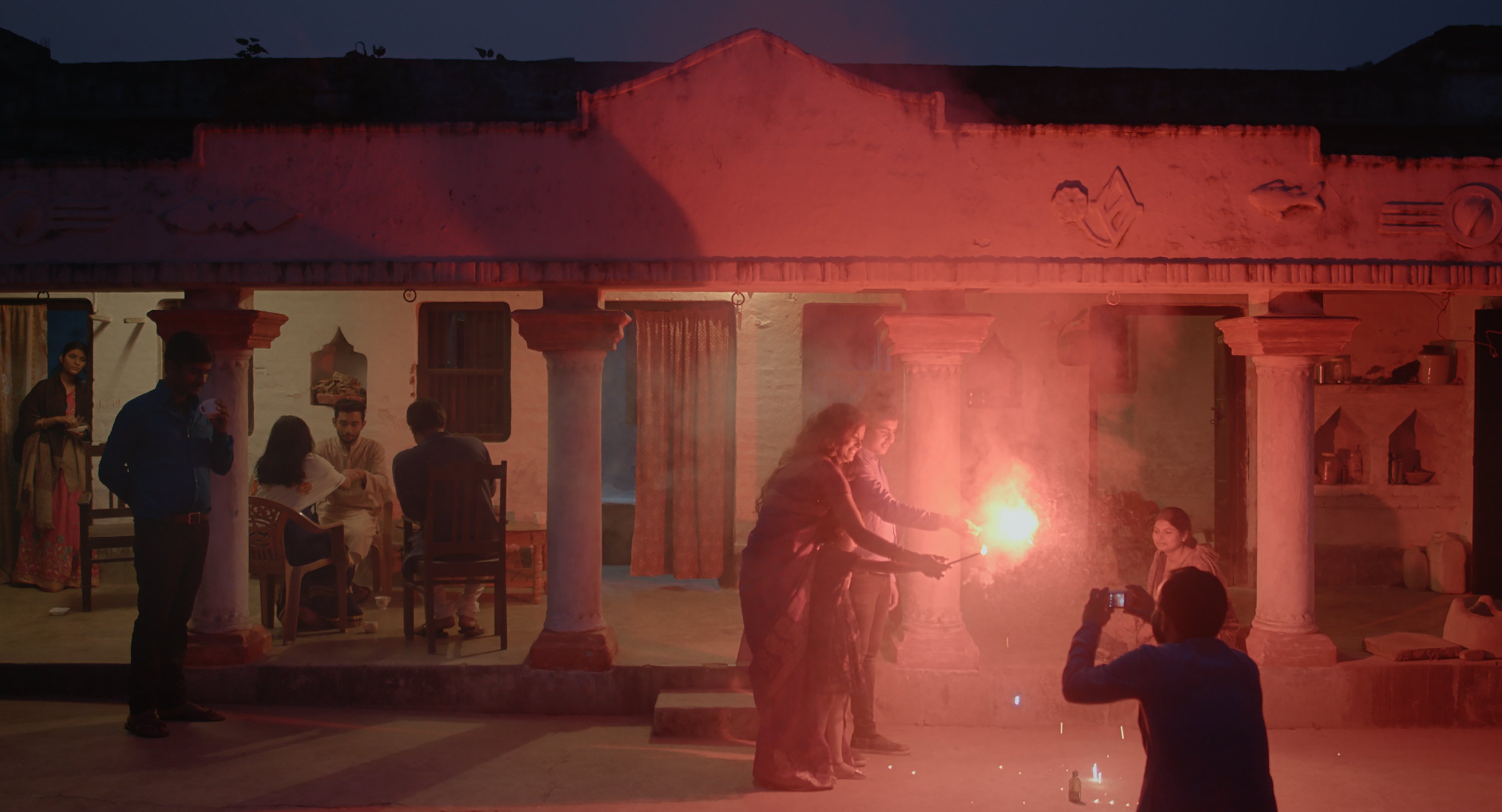 Synopsis: In a North Indian village, a family reunites at their ancestral home to celebrate new birth in the family. It’s a joyous, carefree occasion. Over the next two decades, through festivals and feasts, births and deaths, the film observes one house as it ages and falls to neglect. 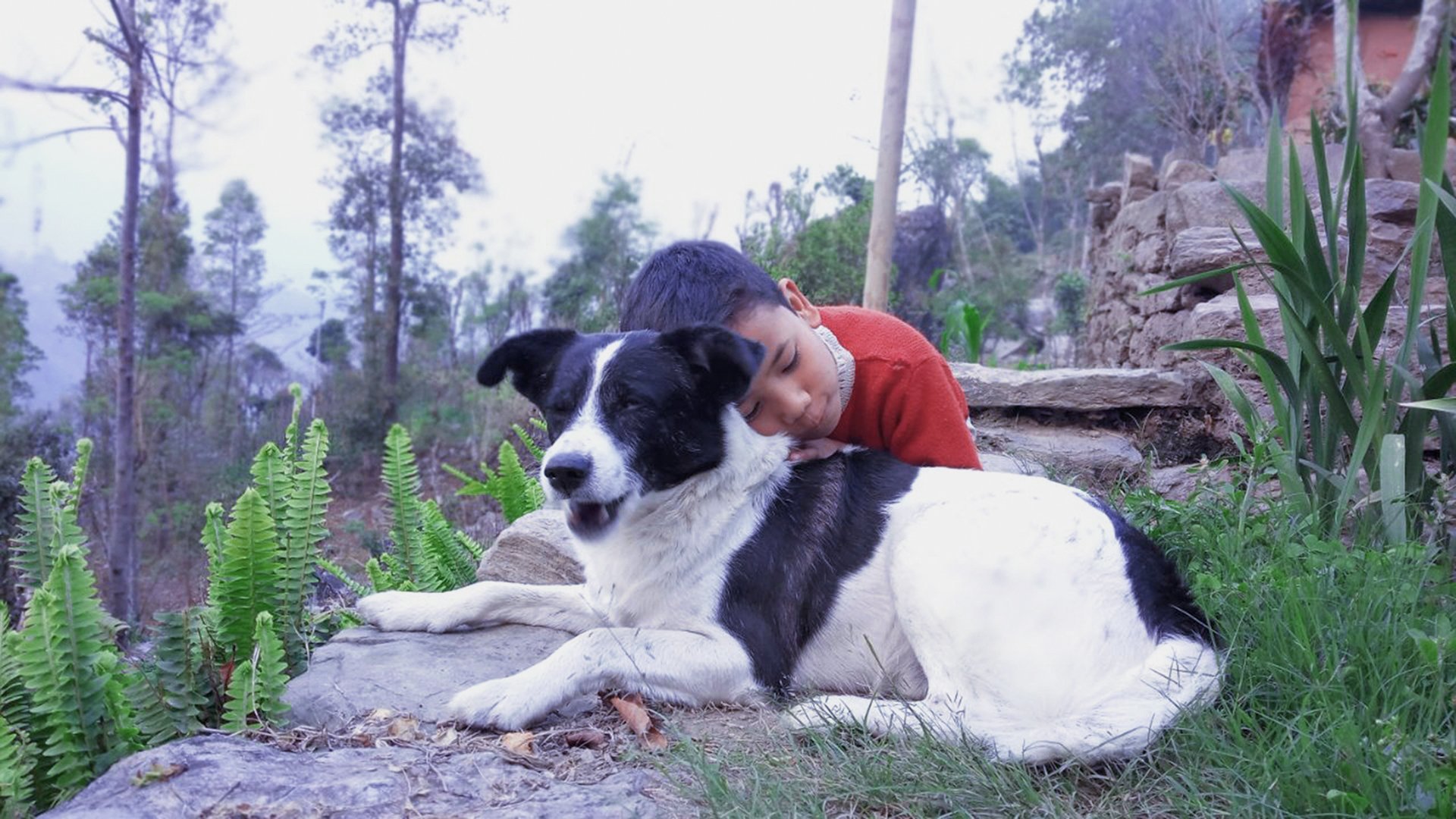 Synopsis: Ten-year-old Tashi and his ageing grandma live as tenants to a wealthy family, in a remote mountain village in Darjeeling. Their job is to look after the family’s cardamom orchard and guard it at night from wild animals. An approaching wedding at their patron’s house excites Tashi. But will they invite him?

Synopsis: Mrs. Sharma is the wife of a respected, small-time government employee in small-town Allahabad. When her husband dies, she is expected to move in with her son and grandchildren. But the woman wants to live by herself. She stops going to the temple, buys herself things without worrying about the expense, makes friends with a girl half her age and chooses to spend more time with her new friend than with her family. When Mrs. Sharma decides to learn doll-making with a Muslim tailor called Ali, the entire locality, including her own family, slowly turn against her. In a climate of increasing tensions, Ali begins to fear for his life, and Mrs. Sharma must face the consequences. 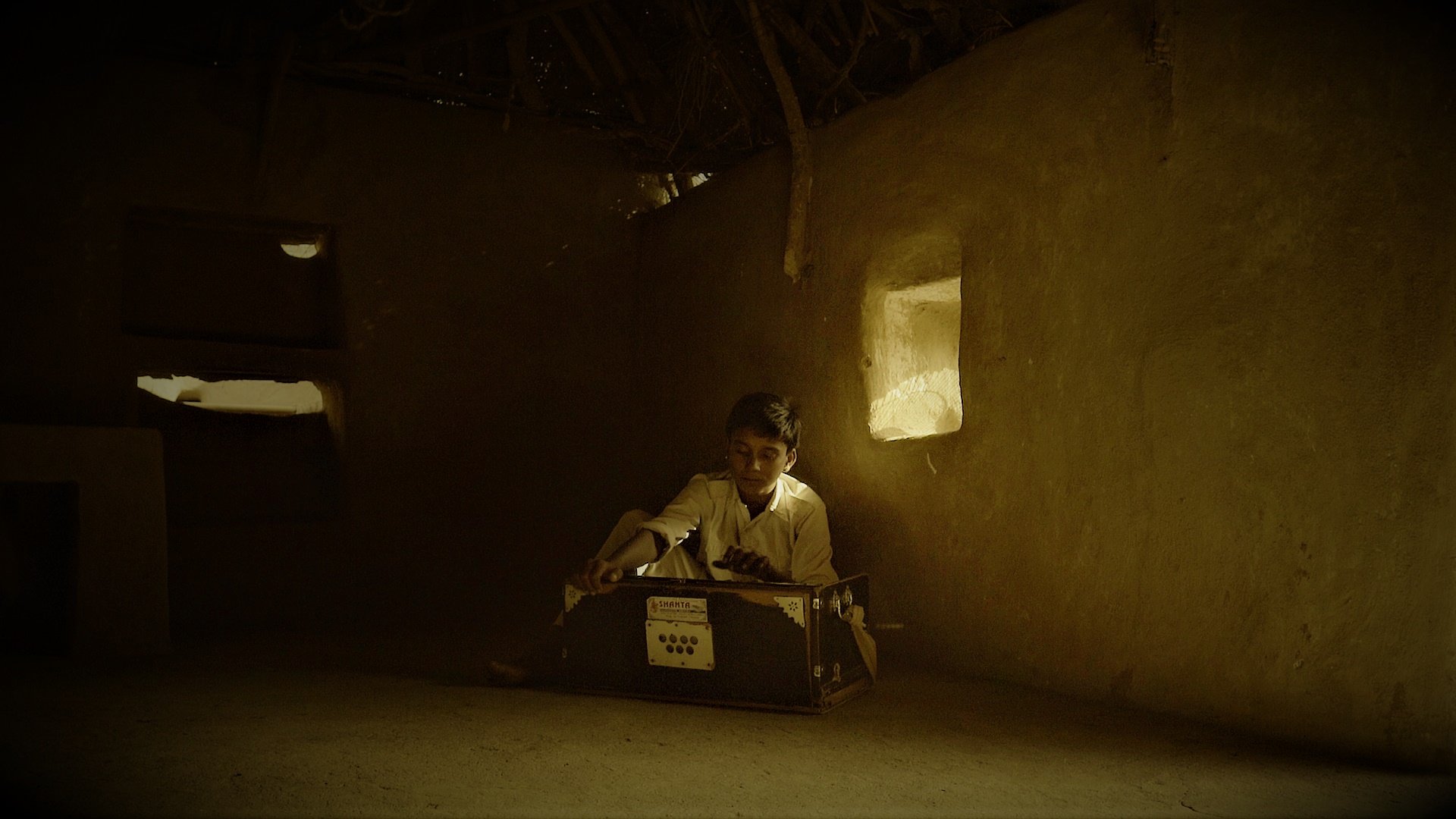 Synopsis: Moti Khan, a musically gifted child from the lower caste Muslim Manganiyars of the Thar Desert, is forced to sing and play music for their ancestral patrons in order to survive, even though he finds it humiliating. Sattar, his father, wants Moti to study and make a career outside music. But Moti aspires to be a successful singer so that he is treated respectfully. He leaves his village behind and sets out on a journey to discover his music.

Synopsis: Nirmali, a married pediatrician in her late 30s, leads a peaceful but joyless domestic existence in Guwahati, Assam. One day, she meets Sumon, a young PhD student researching food habits in North-Eastern India, who warms up to her in a manner she seems unaccustomed to. Sumon’s work exposes him to the belief that there’s no kind of food that can be considered abnormal, and Nirmali is drawn to this idea. The two quickly discover a shared love for food – specifically, meat. Together, they bond over meals comprising unusual meats on platonic dates, although Sumon longs for physical contact. As Nirmali’s taste buds grow more adventurous, their relationship takes a dark and bizarre turn neither had expected. 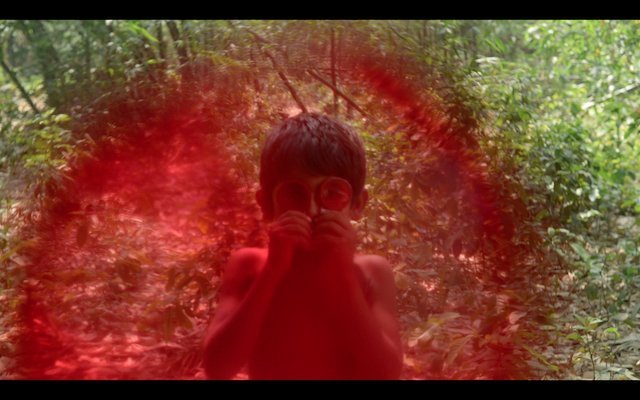 Synopsis: The children of Daspara are convinced there is a ruby hidden somewhere within their village. They go looking for it every day, inventing various games to make this search less frustrating. Meanwhile, two friends in their early 30s who build toys for a living, Chickoo and Baban, have decided to build their biggest toy yet. A tall bamboo ladder with a single eye, which can be used to climb, sit, perform, get better mobile network, look at the village from atop or watch the sky from afar. Grounded by the porch is Kakoli didi, who spends her afternoons dreaming of the return of her husband and sons, who migrate from city to city, selling toys.