Malaal is now streaming on Netflix

Bad boy meets good girl and falls in love with her. Malaal (2019) is a run-of-the-mill romantic drama but with a tragic ending. Set in Mumbai in the ’90s, the film is not what one would expect out of a Sanjay Leela Bhansali Production. In his remake of the Tamil film 7G Rainbow Colony, director Mangesh Hadawale puts together an array of cliches which unfortunately doesn’t work.

Shiva (Meezan Jaffery) lives in a chawl and is known for being the arrogant, short-tempered rustic who goes around fighting and drinking. Aastha (Sharmin Segal), a girl from a now broke, once well-to-do family shifts to the chawl and that is when the love between her and Shiva takes root. Initially Shiva detests Aastha for she comes from a very different background.

He is a guy who belongs from Maharashtra and while he proudly claims so we come to know that Aastha is a bihari only when a bowl of litti enlightens us. The clichés only begin here.

As the love bug bites Shiva it is revealed that Aastha is about to get married to the son of a family friend and that is when we find the film’s conflict kicking in. Aastha’s parents warn her to stay away from the jobless, drunkard Shiva and the plot progresses to be more predictable than ever. Aastha starts falling for Shiva too. 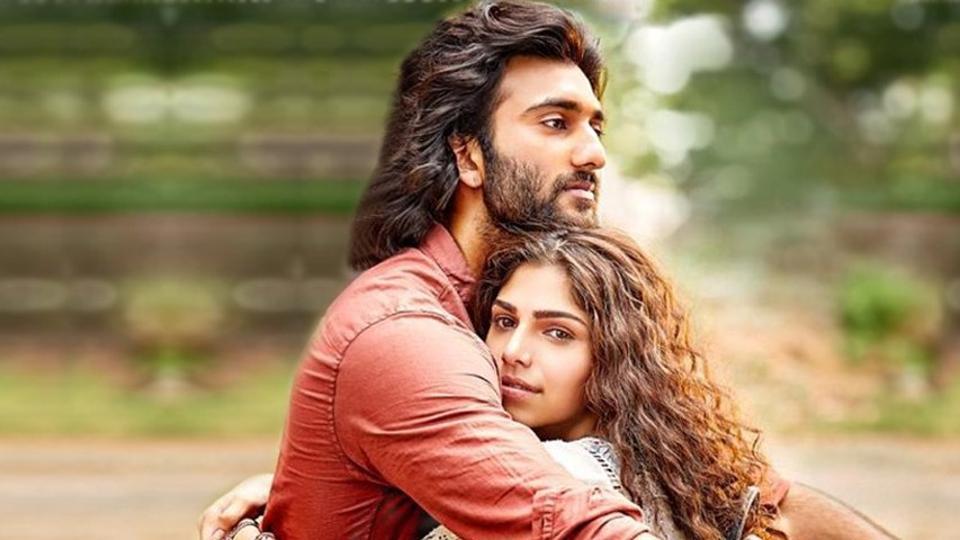 The film does quite well in taking us back to the 90s with old songs playing on radios and taxis, telephone booths and film hoardings. While the hoardings on bus stops change from ‘Titanic’ to ‘Hum Dil De Chuke Sanam’ capturing the passage of time, one truly hopes for the same to happen in real-time. The second half of the film is a stretch beyond its need. Love letters, balcony climbing, sharing a bedsheet, trying to hold hands and other cheesy banal actions occupy the screen in slow motion as a musical score plays.

The story isn’t any different from any other romance drama, the dialogues not so great but the one thing that stands out is the music in the film. The music justifies Bhansali’s name being attached to it. The scores range from being celebratory, romantic to being full of pathos. Although the soundtrack seems to be a little out of place sometimes, the acoustics blend into the film’s mood perfectly. The Marathi touch to the songs works wonders for the chawl setting of the film.

A few songs and the conflict of belonging from different backgrounds will give you a Dhadhak déjå vu and that is probably when you will understand that this tale of love was made just to launch two new faces into the industry. Both Segal and Jaffery perform well as debutants. While the shy, always smiling Aastha is played well, the intense bits could have been better. The same goes for Jaffery who loses touch every now and then.

Cinematography is good but again, nothing out of the ordinary. Till the very end, it is not clear as to what the filmmaker wanted to highlight. It is a tragic romantic tale dipped in a pool of cliches and basking in emotions that remain with the characters, never to reach the audience. It has probably done to 7G Rainbow colony what Dhadak did to Sairat. Malaal, to be honest, is quite a ‘regretful’ watch!

Shoplifters (2019) Review: A Beautiful Flower Blooming in a Decaying Landscape