Soni is now streaming on Netflix.

It doesn’t really matter whether a woman is working as a crime branch head or wearing a khaki uniform to fight the rising crime, she is always expected to behave in a certain manner. Women, in general, are expected only to work during the day, so that they have enough time to take care of their household and also fulfill the only supposedly imposed purposes of their life – Giving birth and raising a child. Apparently, it is also believed that there is absolutely no sense of her life without her husband.

‘Soni’ is a tale of two women, Kalpana – An IPS officer who must behave like an IPS and not make friends with her junior coworker and Soni – A short-tempered policewoman who is going through her own issues and cannot show her anger even when her work demands it.

The film does a spectacular job of realistically portraying the struggle of women. It manages to make you feel exactly how a working woman would feel if they wish to deal with their life in their own ways. Majority of the film has long single-takes which makes you experience how the protagonist of the film feels. It closely notices Soni’s mind and emotions invoking a real sense of understanding towards her issues with the world. There are several scenes which captivate the audience and shows exactly what happens with women and how they have to constantly struggle to live up to a certain norm that has been set for them. 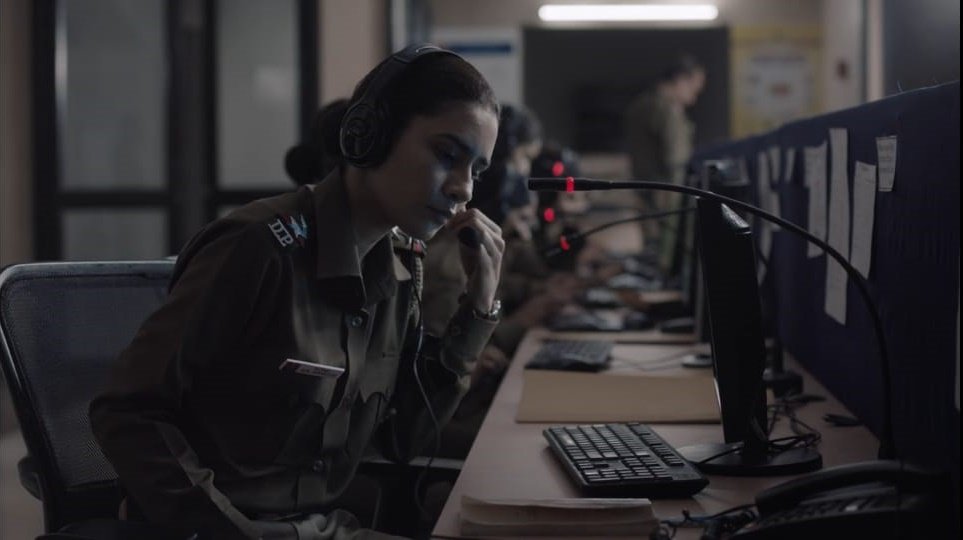 Personally, what I really liked about Soni is how Ivan Ayr makes you want to pay attention to little details in his narrative. For instance, at the beginning of the film when Soni (Geetika Vidya Ohlyan) is harassed by a guy who is constantly pestering her; she ends up getting worked up and punches his face a multiple times. Even after an incident like this, where her actions were governed by being harassed, she gets a bashing from her boss for losing her calm and not directly reporting to her. Time and again Soni experiences circumstances where people take advantage of her being a woman. Also, she should not retaliate because that is not something that women do or something that the notions say that women should. In another scene, we see Kalpana (played by a brilliant Saloni Batra) being constantly pressurized and blamed for not having a child as if it’s her duty to have one as she is over 30 years old.

While one can see the conflicts in the movie in every few scenes, the audience is left to question why there is a certain norm to everything a woman does or feel? Why she can’t live her life the way she wants, irrespective of whether she wears a uniform or is simply someone who runs a house? Why does she need to be defined by the presence of a man in her life? Why a woman can’t be empathetic to her fellow coworker and their support to get her through tough times?

There is a scene in the movie where Kalpana decides to take Soni to a nearby restaurant for a quick bite. Kalpana asks how things are going for Soni and her husband and why she is so hard on herself. To which Soni replies, “Once you truly know someone…is it easier to accept them?”

The performances by both Saloni Batra and Geetika Vidya Ohlyan are impeccable. Their powerful characterization and astute direction lauded by debutant director Ivan Ayr give the film extra depth. Ayr’s unhurried pacing gives Soni an appeal that would make people question the very fabric of society. It’s a film whose quietly powerful subtext stay with you long after you’ve watched it; which signal towards a story well told.

Soni doesn’t hammer you with a story that only seems powerful on the surface. However, it’s message really stays with you. It stays with you and haunts you because it doesn’t matter what times we live in, there’s an instant need for us to change our mindset towards how a woman should live her life.