The concept of love in film, for the most part, has been treated as an idea that impacts a person. In Makoto Shinkai’s latest entry Weathering With You, a love story was told differently in a way that it raises a very relevant concern that exceeds the typical impact of love known to man, resulting in a gratifying cinematic experience.

Weathering With You tells the story of Hodaka, a 16-year old boy who ran away from home to forge his future in a highly competitive and expensive world of Tokyo. While on his journey to make a living, he met a lovely girl named Hina who turned out to be what everyone calls the ‘sunshine girl’, a girl who has the ability to manipulate the weather. Together, they went on an adventure until everything went awry. Now, someone has to do something which led to numerous hard-hitting decisions that shaped the outcome not just for Hina and Hodaka, but for the rest of Tokyo.

Similar to Weathering With You: Your Name (2016): Love and Cosmic Bonds

The film did a great job in setting up the plot without too much complexity. It was a simple yet very effective story about hope, love and sacrifice. Part of its efficiency are the characters that made the movie so much more enjoyable than it could have been. Even though there are some aspects to both protagonists’ persona that were left unexplored, the set of side characters were well-woven into the storyline that gave the super simplistic tale a much needed boost.

By far, this is the funniest Shinkai has gone in terms of incorporating humor into his narrative. But what made it great is that, despite its funny scenes, the melodramatic and heart-wrenching parts weren’t compromised. It does a great job in keeping up with the trend where films can no longer fit in a specific genre. It makes the film more interesting and unorthodox. And as for surprises, fans of Shinkai will be delighted to see a couple of cameos that will surely raise your heart rate. It  creates more questions than answers, but it’s still a glorious part of the film nonetheless. 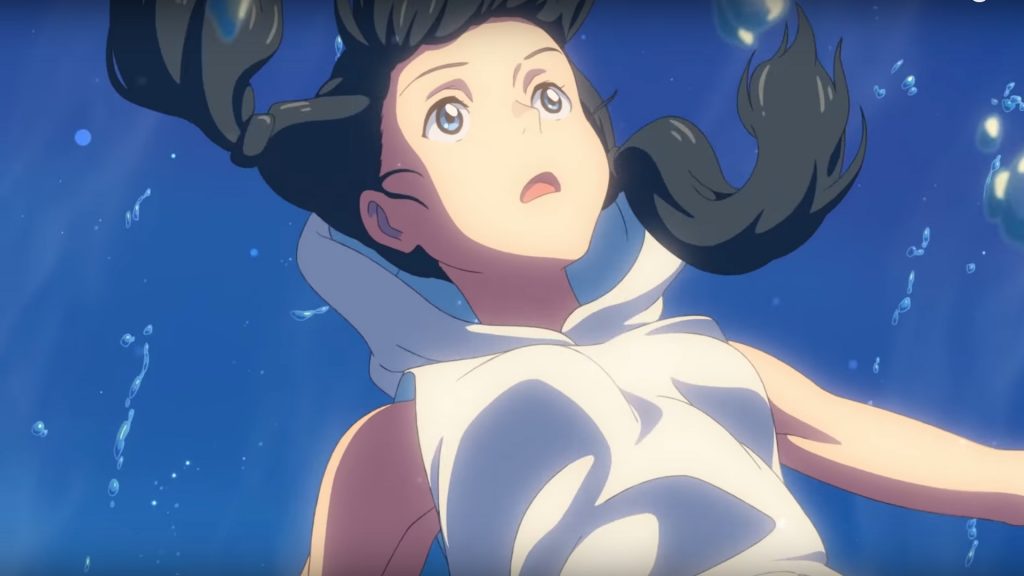 The visuals of this film as expected, are really fantastic. It certainly follows the footsteps of Your Name as far as visual design is concern. The movie covered a huge amount of content in under 120 minutes with its well-written fast paced narration and illustration. The animation, packed with great music score and signature RADWIMPS soundtrack is such a treat for fans and newcomers alike.

Shinkai has always been excellent in creating a fantasy tale. The reason for that is he doesn’t create a world out of unimaginative situations or something nonexistent. He helms a magical story by using natural and realistic elements such as time, distance, environment and in this case, the weather. He picks something that the audience already know and molds it into his own artistic expression.

Setting everything aside, Weathering With You digs deeper into the timely environmental concerns.The use of weather as a tool isn’t just a coincidence nor a bubble of an idea that suddenly popped out. The story was able to dramatize the climate change situation in which the weather is affected by humans’ actions in a scale that’s more than what we thought. It does raise a very important question about what do we prioritize more in life. There’s no definite answer given by the film, but rather a gate that will lead to future discussions. Do we sacrifice for everybody or we choose ourselves and try to outlive the outcome?

Also Recommended: When Marnie Was There (2015)

For the most part, Weathering With You succeeded more than it faltered. There is still a big room for improvement in Shinkai’s next project but this just proves his status as one of the best filmmakers today. It’s an awe-inspiring work of art that gave enough reasons for its audience to care and most importantly, it delivered an outcome that is truly satisfying.

Weathering With You Rating: ★★★★

Weathering With You Trailer:

Weathering With You Links: IMDb, Wikipedia