Sayaka Kai’s bleak mystery drama, Japan Cuts Red Snow [2019], is a deftly directed film with ample obfuscation to keep you guessing, and with enough darkness to permeate gloom inside the audience.  It is not only in the story it tries to tell; but also with the atmosphere it creates, the characters it portrays. Through all of these, the film takes a plunge into its gloomy abyss.

The story is set on the premise of a true event of the disappearance of a child in a small village, which was brought into attention almost after 30 years of the incident. However, Sayaka Kai’s film explores more on the impact of the event; the tragedy of it, rather than the mystery of it. It focuses on the brother of the victim and the daughter of the main accused.

The film flows with the imminent conflict between these two, literally and figuratively. The brother lives a lonesome, quiet life, while the daughter’s life is volatile and unpredictable. Their old scars of the tragedy start to ooze blood when a reporter appeared in their life, with determination to solve that old disappearance mystery. The pain, the depression and the memories slowly start to draw our protagonists out of their cocoon. 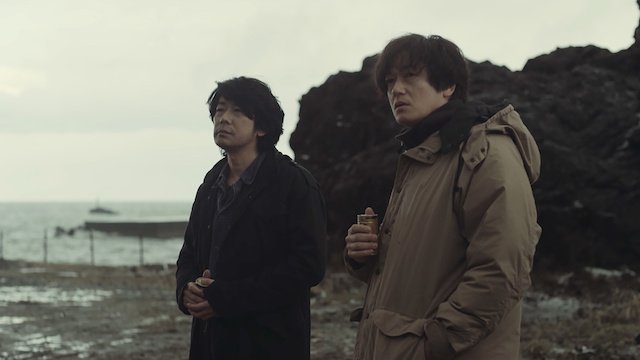 Not only through the story and through dialogues, but director Sayaka Kai also succeeds in capturing despair visually. The snow-muddled location, slow long takes and the flashbacks are grim enough to set the tone of the film that the director successfully maintains. With various layers, the mystery slowly unfolds while delivering a pang of sympathy for the characters. It does not resort to sharp twists, but too delicate surprises.

Actors Masatoshi Nagase and Nahana portrayed the roles of the big brother and the daughter respectively. Nagase kept the brooding face on for the character of the brother, a character that is wearied by his own existence. For that, Nagase largely succeeded. Nahana too did not misstep in her explosive portrayal of the masochist and volatile daughter of the accused. Arata Iura, who played the ever-so-insistent reporter was equally up to the task.

Cinematographer Futa Takagi channels the spirit of the director’s intended bleakness through the way he operates the camera. Close shots, slow movements of the camera, the visuals accentuate with the story. Color tone of the film was also slightly faded, de-saturated, as if right on cue.

If you are looking for a thriller per se, Red Snow [2019] might not be it. But, its measured storytelling would definitely touch a cord, for the patient viewers.