The first half an hour of John Wick: Chapter 3 – Parabellum is unforgettable. It’s an absolute onslaught of pristine action film-making. The night is dark, and full of terrors and our hero finds himself in the middle of it all. Picking up moments after the end of chapter 2, 3 hits the ground running. You’re assaulted a with non-stop barrage of the slickest and most unique action set pieces in the franchise yet. The tension and intensity are cranked up all the way.

And the film so seamlessly transitions between action in multiple locations; stitching it together ever so skillfully, it feels like a symphony. It is a shame that nothing that follows can live up to the action nirvana achieved so early on into its run time. But the rest of it is pretty damn good too!

This is by far the biggest John Wick film yet. There are both, pros and cons to this. On one hand, the action is bigger than ever. Every set piece feels huge and has a unique twist to it. Multiple moments will leave you with the feeling of “I’ve never seen that before”. The makers truly try to craft a surreal action experience the likes of which there is no substitute for in the industry. They greatly succeed in this measure. 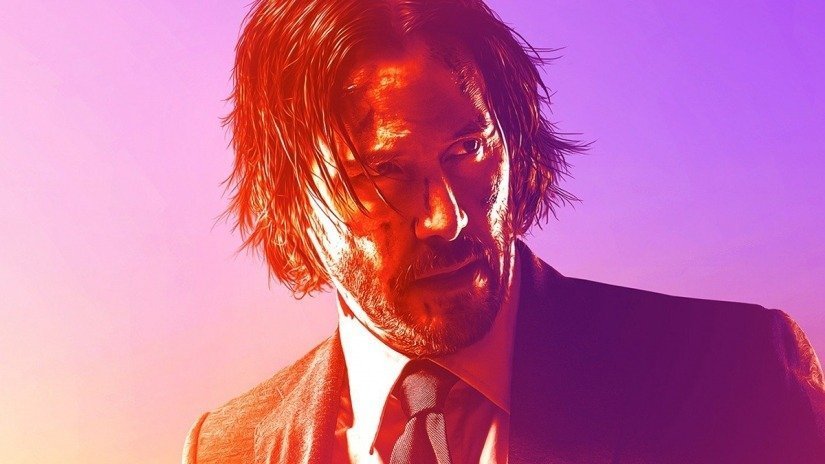 However, by also opening up the world and mythology to new degrees, the franchise no longer feels real or grounded. John Wick felt like something that could happen in the real world. John Wick 3 takes place in a full-on “suspend your disbelief” fantasy reality.

Somehow, through all the relentless body dropping, the film makes time for an intriguing plot. While the first two films had a very simple story, this one is a bit more ambitious. There is an element of mystery and suspense, and also a few twists. We’re introduced to new characters and parts of this world, which mostly connect well.

The Adjudicator character is the finest addition. This is a simply written nemesis, but Asia Kate Dillon’s screen presence and tenacity elevate the film every time they’re on screen and I can’t wait to see more of this character. Halle Berry also shines in her limited role. All the regulars are back and are as good as ever. Keanu Reeves has perfected this role and truly sells the “broken but unbeatable” shtick like never before this time.

The film is the longest John Wick yet, and while it mostly moves at a breakneck pace, the climactic battle does drag a bit too long. The editing is crisp and it’s always a delight to be able to follow exactly what’s happening in an action film. The cinematography and sound work wonderfully together to create the required atmosphere for the hellish nightmare our protagonist finds himself in for most of the film.

John Wick: Chapter 3 – Parabellum is brutal, beautiful, relentless and an absolute blast. It’s among the best times I’ve had at the theatre in 2019 and is a rare franchise that keeps getting better with every instalment. Bring on chapter 4!