When Marnie Was There [2015]: The Ones who Love us never really Leave us.

Before getting into it, let’s acknowledge the fact that When Marnie Was There is (quite possibly) Studio Ghibli’s final film; which is a deeply saddening thing. The Japanese studio has been making some of the best animation films (Most of Hayao Miyazaki’s work included, of course) since 1985 and now with Miyazaki’s retirement, it is being shut down for now. Unlike American animation films, Studio Ghibli’s films have always been very different (and better) in terms of quality entertainment. Amazing hand-drawn two-dimensional animations, heart-warming, deeply moving stories, and beautiful music have been their USP. And Hiromasa Yonebayashi’s “When Marnie Was There” is no different from it either. In fact, it is actually one of the best Studio Ghibli’s movie ever made, in my opinion. 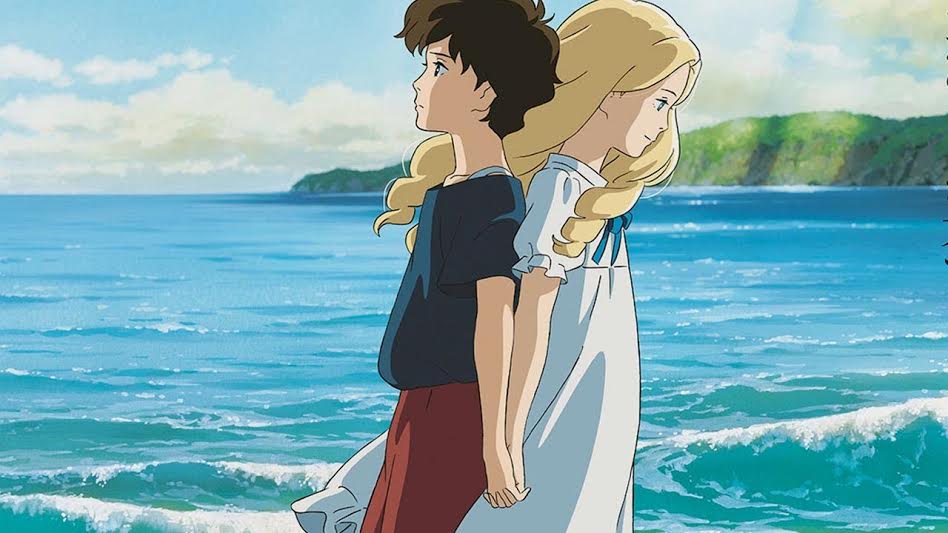 Based on Joan.G. Robinson’s novel of the same name, When Marnie Was There starts with the lonely, withdrawn, introvert ,and asthma patient Anna (Sara Takatsuki, Hailee Steinfeld in the English dubbed version) living with her foster parents in Sapporo. Although her foster parents (especially the mother) clearly love her a lot and deeply care for her, she seems very much dejected and distant from them for some reason (which I’m not going to reveal, of course). After another subsequent asthma attack, her foster mother, based on the doctor’s advice decides to send her in a rural sea-side town with a clean landscape and fresh air, to live with her uncle and aunt.

Anna goes to the town and one day while exploring she discovers a deserted mansion and gets drawn to it immediately, as it looks so familiar to her for some unknown reason. Anna starts to have frequent dreams about the mansion and a mysterious blonde teenage girl living inside it. Then one day, she meets the girl who she saw in her dream. Anna, and this girl, Marnie (Kasumi Arimura, Kiernan Shipka, and Taylor Autumn Bertham in the English dubbed version) forms a strange and beautiful friendship and both of them decides to keep their friendship secret from the rest of the world.

What happens after this forms the crux of the plot which you need to experience. It’s a beautiful film that draws you into its world first, intrigues you with its premise, then confuses you but eventually ends up by telling you a beautiful, heart-wrenching story, and giving you a warm fuzzy feeling inside your heart. The final twist in the end, albeit sort of predictable, is masterful and makes the film worthy of all your love. 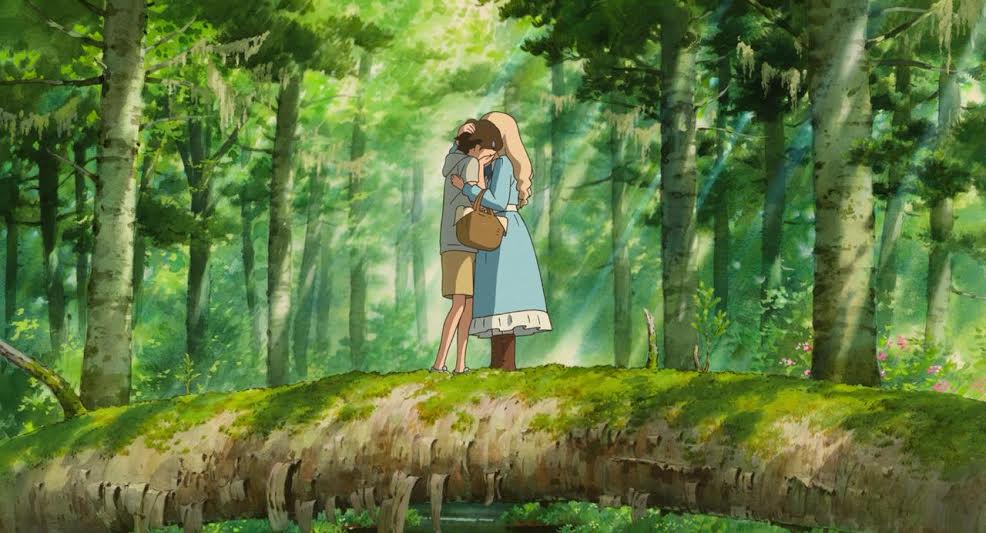 Like all Studio Ghibli’s movie, this one is technically superlative. The animation is absolutely beautiful, the cast is great and the music is fantastic (special mention for Priscilla Ahn’s Fine on The Outside, which has been used as the end credit song). It is not exactly a perfect movie though as it gets too much complex sometimes in the middle and figuring out what is happening really becomes a trouble. But then again, that doesn’t matter as all the questions are clearly answered in the end which ultimately makes the film rewarding.

In the end, When Marnie Was There comes as a little film with a big heart, which is about the troubles a lonely subdued child can face during adolescence and how she gets through it; but what it really about is Love and how strong Love can be. This film is an ode to the famous Sirius Black quote in J.K.Rowling’s Harry Potter series, “The ones who love us never really leave us.” This is a film telling you an extremely illogical and unrealistic story which you would actually like to believe and wish it to be real. It won’t (and shouldn’t) win any award in the upcoming Academy Awards (where it is nominated in the Animated film category, deservingly) but it will always remain a special, very special film which should be loved and cherished forever.

When Marnie was there Links: IMDb, Wikipedia