Films like ‘An Audience of Chairs‘ sadden me the most and almost anger me even. I’m talking about films whose plot, whose direction and whose intentions sound genius on paper but whose actual execution itself is flawed and disappointing. Deanne Foley’s latest effort is a perfect portrayal of these sad little films because if developed and conceived properly, it could have been a masterpiece. But its need for conformity, or not even conformity, but mediocrity and irrelevant quantity it seems, sets it short of its own goals, resulting in complete failure with scarce traces of what could have been greatness.

‘An Audience of Chairs’ revolves around Maura – A passionate pianist who suffers from bipolar disorder and how her mental illness affects both her and her two daughters, Bonnie and Brianna. The woman and her girls arrive at their vacation house to await the husband’s return from a trip which will coincide with a big audition for Maura. Duncan calls and informs her that he intends not to come back and instead spend the remainder of the summer away, automatically resulting in Maura missing her audition. This news greatly affects her mental health and causes her to leave the kids unattended for an extended period of time one day, with one of them even getting hurt while on her own. Duncan then takes the girls away and asks for a divorce, which Maura immediately agrees to and soon even gives up the fight for custody and goes traveling around.

The main theme An Audience of Chairs concerns itself with is the life of a person suffering from mental illness, and how it can ruin their lives and the relationships they have with the people around them. But very much like its protagonist, the film tries to do so much and ends up doing very little. Instead of focusing on this rather beautiful and important theme, the film actually almost just hints at it. Its exploration of mental illness is superficial and often very pretentious. Resorting to very clichéd and overused metaphors to convey a message that could have been sent in more meaningful and original ways. 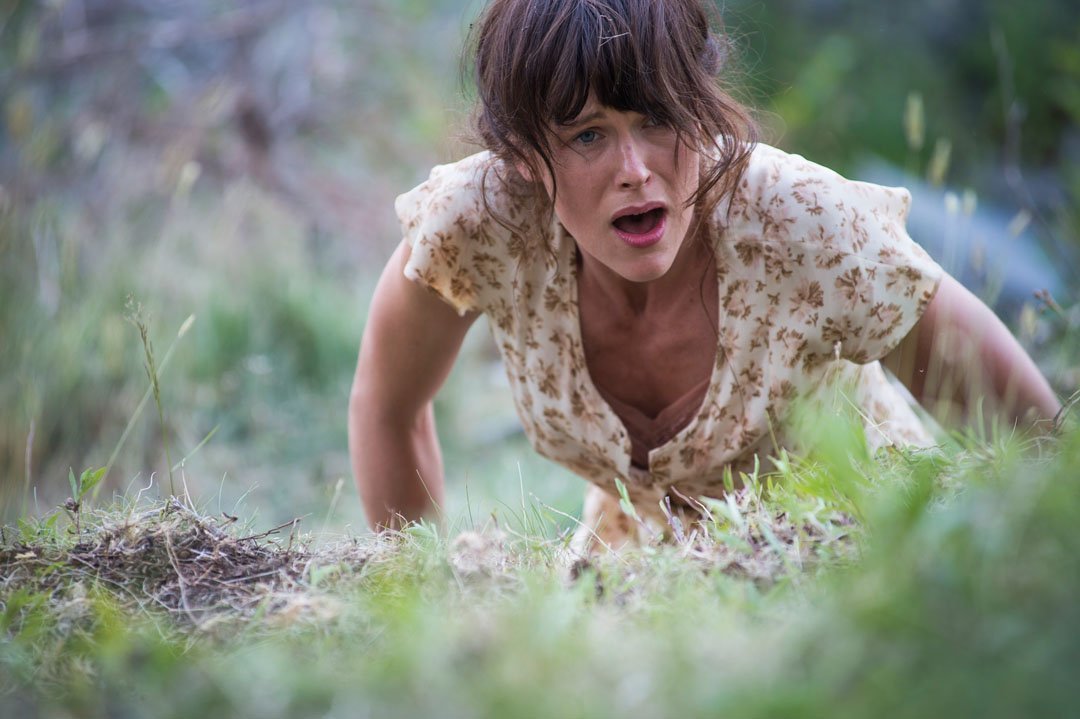 The first twenty minutes of the film are surprisingly not bad. But I feel that once the couple is separated, the film becomes almost unwatchable. The dialogue and the plot become insanely predictable and of abysmal quality. The film uses every clichéd scene and technique it can get its hand on and at that point, it feels as generic as cinema gets.

At this point, of course, the film has drifted away from its main theme so far that it cannot even hope to find its way back. So it tries to desperately cling to every little clichéd notion it can which resulting in only confusion and something worse than mediocrity.

Naturally, Maura finds love again and it is purer and stronger than anything she ever experienced, and of course, this love just wanders her way and stays in her life for years without any effort or reason. And of course her daughters whom she hadn’t seen for years have all become successful beautiful women and their reunion is a teary joyful epilogue. See? On paper, it sounds wonderful (and overused to the point of exhaustion), but a director who attempts to treat themes hundreds of films have gone over before needs to at least do something original, something I feel Deanne Foley had not even the slightest intention of doing.

‘An Audience of Chairs‘ is a “could-have-been”, a film full to the brim with unfulfilled potential and potential genius. But what it offers its audience instead is an abundance of clichés and “feel-good” moments glued together to form an absolute failure of a film.

An Audience of Chairs Trailer

A 20-year-old student currently living in Fes, Morocco. I study English Literature, and I’m truly passionate about that, but I’m also passionate about music, retro video games, and of course, cinema. If one’s favourite film says a lot about him, and if mine is John Cassavetes’ 1984 masterpiece Love Streams, I don’t know what that says about me.