“All I have is negative thoughts,” says Arthur Fleck – a self-pitying, unfunny clown who dreams of being a standup comedian. Joker is one of the most iconic cultural icons of our era. As a part of DC Comics, his story has been told and retold, imagined and re-imagined. Everyone interprets him differently. While Nolan’s Joker was a Nihilist who just likes to see the World Burn, in Suicide Squad he was showcased as a Glamorous Mafia Mob. Todd Philips’s ‘Joker‘ is an Origin story. It traces his descent to madness. However, the problem is, even this has been done before. The Killing Joke was a brilliant film adapted from the comics and that’s where you have to tap into the psychology of a character like Joker.

He’s multilayered and master of deceit. So while the Killing Joke tells you it was the death of his wife and the unborn kid that made him go mad, the Joker in Dark Knight would give you multiple stories about his scar. Unlike the Batman – A Character like Joker allows you the freedom to play with his character. Not just his philosophy or character but even with his origin. 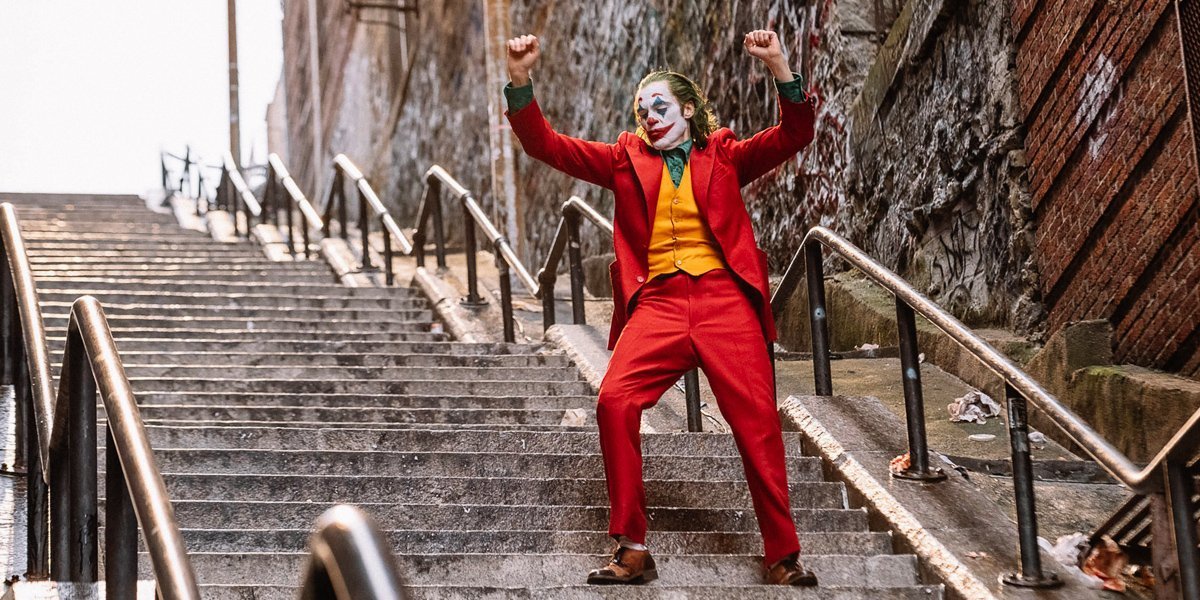 Todd’s Joker isn’t like any other. It’s a Human Joker. A Freak, a clown. He didn’t fall into a chemical-pond. His physical deformities are his internal battles. He’s the modern-day of Incarnation of Travis Bickle. But set in a world of ‘King of Comedy.’ The references are obvious. Both characters are mentally disturbed. They both want to be stand up comics and they’re both obsessed with a Popular Host/Comedian. The fact that in this case, De Niro transforms from obsessed fanboy to the object of obsession gives it a surreal touch.

Arthur Fleck isn’t a maniacal killing machine. He is a depressive loner who still lives with his mother. He laughs hysterically under stress. He gets beaten and is often abused for being weak. His skeletal figure could be blown away by the wind. And in spite of the fact that he dreams of making people laugh, even his mother finds him unfunny.

The world around him is full of rubbish and full of rats. The world is rude and lacks empathy. Everyone seems to lie and no one has time for people like him – One’s who are referred to as Clowns by the snobbish Thomas Wayne. A billionaire running for Mayor. His lack of empathy towards the commoners, the people he wants to vote for him is patronizing and elitist. Its a classic case of those with provide means of production looking with contempt towards those who worked for them. At the moment when right-wing forces are sweeping across the world, the Marxist undertones clearly hint at megalomaniacs like Trump.

When Thomas and Arthur briefly meet, all that Wayne can imagine is that the man would be asking for an autograph, or money, in his head those are the only two compartments where clowns like Arthur can fit, a Fan or a Fraud, someone who’s inspired by his riches or someone who is jealous and wants a part of it, and if the man doesn’t fit in either he must be a Freak, a mad-man who needs to be punched and ignored.

Arthur Fleck isn’t concerned about money. He’s not even political. He’s not trying to change the world or start a revolution. All he wants from the world is a bit of respect. Why doesn’t anyone have “basic decency” he inquires at a time when every institution is collapsing. He wonders if it’s getting crazier out there or it’s just in his head.

In an era where Isolation and alienation are common. A time when suicide rates are skyrocketing and more and more people are getting on medication. This film tends to represent an entire generation. A generation that’s thirsty for love, a paternal hug maybe. A generation that’s trying to embrace being different without being mocked, a generation that fails to understand the insensitivity of those who expect people with mental illness to behave, a generation that just wants to be “heard”. A generation that wants you to acknowledge your privilege instead of being condescending to those who didn’t reach your position of power and prestige, not everyone has Wayne Enterprise, some people live in shitty homes, they aren’t the same.

There can be people who might feel that this glamourizes and maybe endorses violence, and to be fair it does, but if you decided to watch a film based on Joker, what else were you expecting? A redemption story where he ends up asking for forgiveness? Also, while anarchy and revolution do form a theme; to just look at the film from the prism of violence is basically failing to understand the subtleties and the all major subtexts of the film. If the justification of violence was the focus, they won’t have focussed mainly on the human fragility. Unfulfilled dreams could lead to delusions.

The biggest strength of this film and one recognized by the director and his cameraperson is the man behind the Mask. More than the plot or philosophy, this is a film driven by Joaquin Phoenix’s bravura act. He gets into the skin of the character and makes it his own. 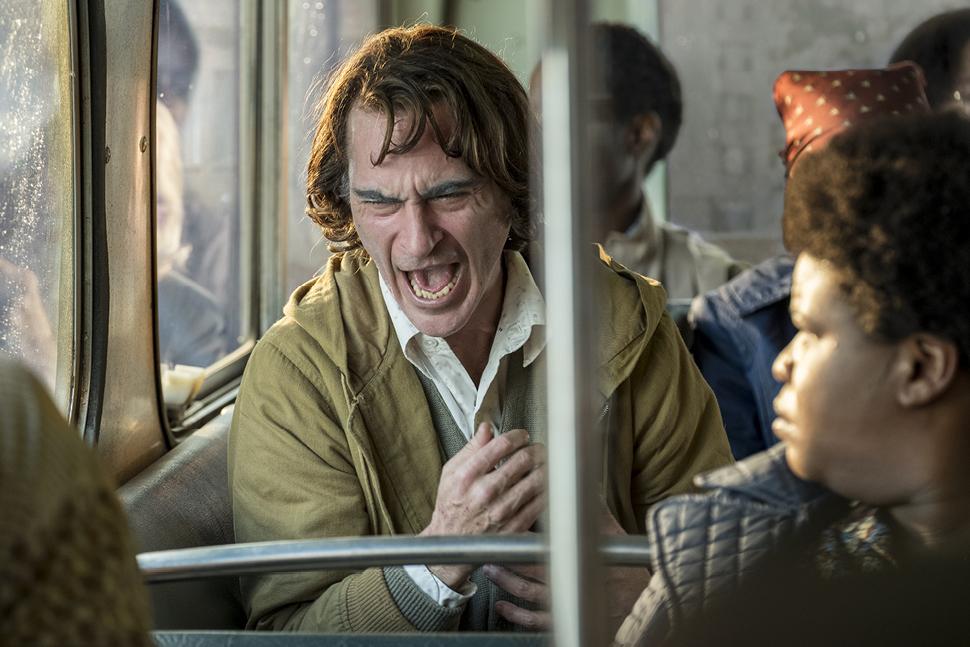 The camera seems to romance the actor. It captures every nuance of his mannerisms. The character allows Phoenix to make full use of his body. Every muscle of his face is in action. He has so much control over his movements it seems like they’re dancing to his tune. Whether it’s flaunting his skinny ribcage, violently shaking his legs to hysterically laugh or make clown faces to elicit laughter. He feels like a possessed man. Watch out as he’s sitting in his room and his dwarf friend wants to leave. He shocks, he empathizes, he laughs and he erupts. He shows an entire gamut of emotions in one scene. I mean just look at him when he’s with the therapist and he’s laughing uncontrollably while crying at the same time.

It’s just fascinating to see him twist and turn. Transform from a subdued skinny clown to a deranged predator and back to a docile sympathetic man. He’s incredible and deserves every award that will come his way.  The way he has tapped into his internal rage while maintaining a sort of innocence reminds you of how this Man can go from a film like ‘Her’ to a film like ‘Master‘ – and does them both impeccably. He plays his ‘Joker’ like a scenic landscape built on top of a dormant volcano. It’s beautiful and gentle. It’s meant to make people smile but when people exploit it, the lava sitting silently inside the heart of Volcano finally erupts and though the explosion burns everything down. That’s when the world notices and that for those who weren’t in the line of fire, it’s still hauntingly beautiful.

Maybe a hug would have saved the City.

Dabangg on Netflix: Understanding The World of Chulbul Pandey