The conflict of good and evil has been the fuel and nutrition to literary art since man learned to tell stories. The advent of New America gave birth to pop culture, of which comic book mythology has been a vital element. We’ve all read and seen characters of Superman, Spiderman, etc as we grew up but hardly anything surpassed the dynamic of Batman and Joker. Joker in Cinema has, since, become an infinitely elastic concept.

Talking of cinema, what makes Joker so revered of a character, so popular in the critics and masses alike and so complex to be comprehended by, both, the artists and the audience?

We don’t need to understand Joker to understand the aforementioned conundrum. What we need to see, however, is how Joker needs to be approached for a cinematic adaptation, how he has been approached by the masters in history, and what are the avenues of exploitation?

Joker has always been a character of immense flexibility. He’s neither sane nor insane. He does not suffer from a known psychological disorder. He does not regard order or system or conventions and yet, he exploits each for his own good. 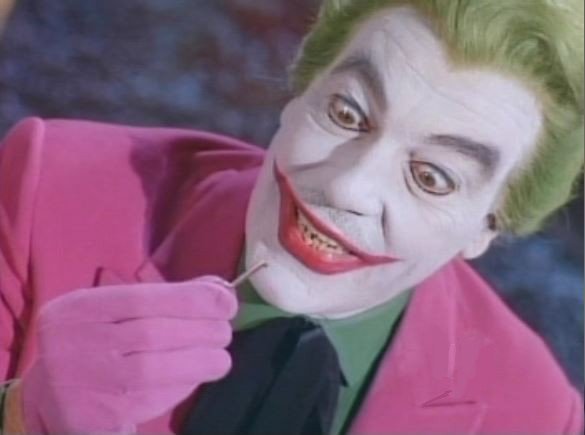 Cesar Romero’s [Batman (TV series) and Batman (1966 film)] stylish comedic take on Joker kept the character human. A man of evil plans, he would use his charm over people, and would leave behind jokes as clues to his next plans, same as the Riddler. Romero’s Joker has an order. He was a prankster, eccentric in his methods, rather foolish. He joked as a joker should. He played pranks as a joker does. In the silver age of comics, Romero’s version probably became the first Joker from visual media to inspire the comic versions due to its popularity.

Tim Burton visioned to exploit the freedom which Joker enjoys being an outcast. Deviating from the traditional good vs. evil approach, he drew the conflict of two disturbed people, as he quoted. Quite amusingly, Jack Nicholson’s Joker [Batman(1989)], even though being a homicidal maniac, enjoys his aura and never relinquishes his sense of humour. The gangster in Nicholson’s Joker allows him to seek revenge. He has a well-defined motive. It acts as a living embodiment of Burton’s inspirations and aspirations combined. What’s noticeable is the establishment of an entire character arc that is so different from the Romero’s comedian and yet, feels like the other side of the same coin. While Romero’s Joker is a team player, an essential part of Gotham’s underworld, Nicholson’s sociopathic representation of the character smoothly makes him stand apart from the team while keeping the essence of a gangster which Joker carries inherently. 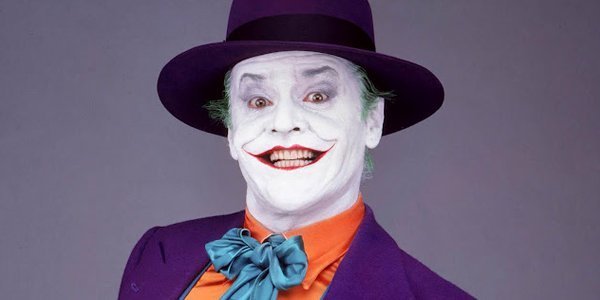 The vastness of the comicverse doesn’t allow any filmmaker to capture Joker in its entirety. Two movies down and Joker grows into a sociopathic comedian and gangster but the audience is made aware of more of his actions and less of his psyche. His motives remain transparent and well defined but Joker doesn’t allow you a dive into his brain, or maybe there wasn’t much to fathom. Suited to the then sensibilities, Joker comments upon the political environment and yet, it remains confined to the shackles of a literary approach which doesn’t allow playfulness, and hence, alas, the potential stays unlocked. While Romero’s projection stays a man under paint, Nicholson’s portrayal touches madness at its surface. It’s yet to dance with the devil in the pale moonlight.

Those who have read comics or have followed a few at least know that the history of Joker, multiple ones at that, exists in two sets. One before “The killing joke” and one after it. The killing joke stands as a revolutionary piece of art, not just in the world of graphic novels but in the literary heritage of America, arguably of the world. It successfully puts forward the idea of Joker’s hyper-sanity and his determinations with a strong social and political comment. Christopher Nolan’s Heath Ledger Joker [The Dark Knight(2008)], the third* cinematic iteration of the character, draws upon the themes set forth by The Killing Joke and does so without losing the Joker’s unique identity. Why do I mention identity?

For Your Consideration: Batman: The Killing Joke [2016] 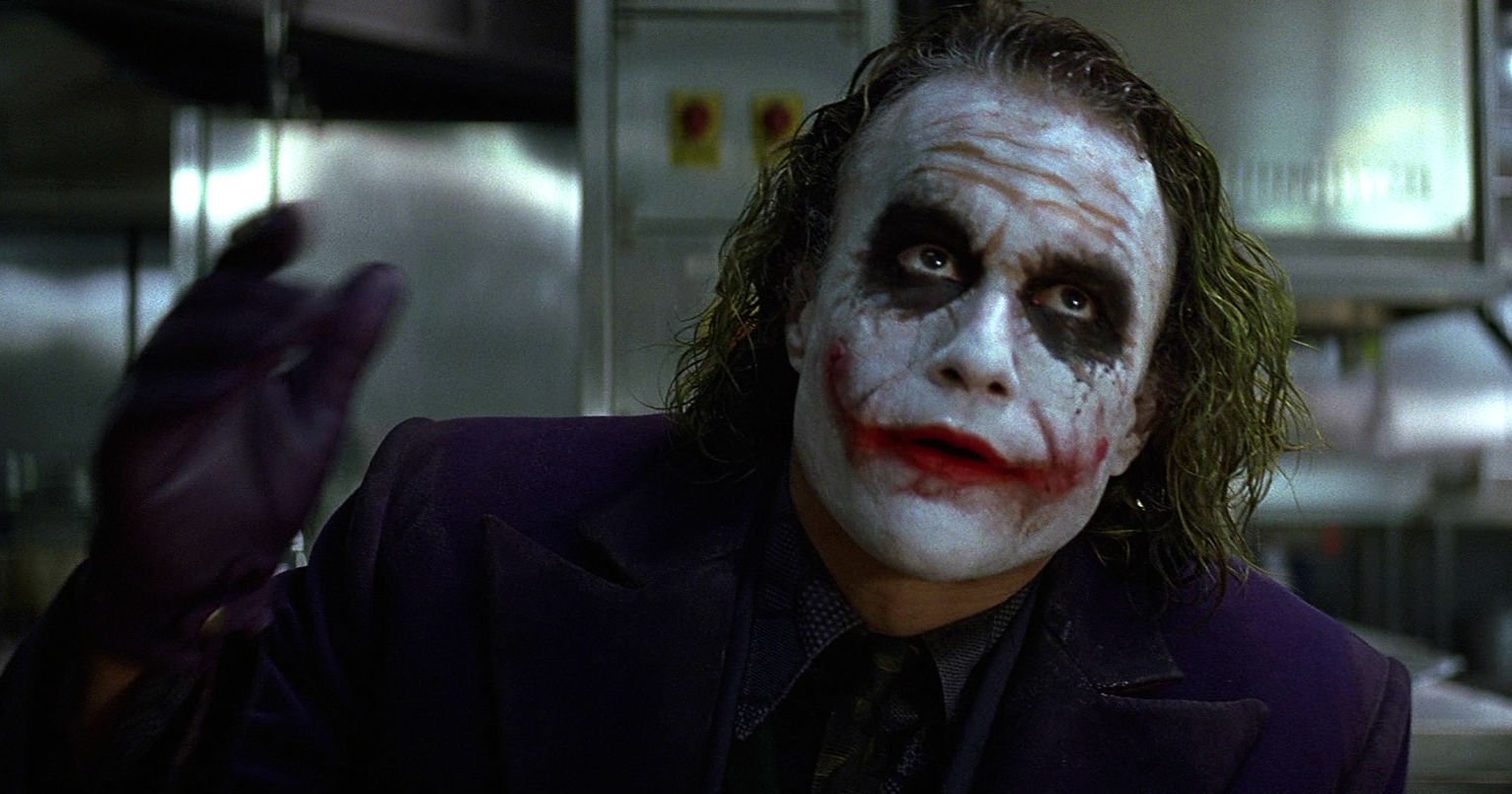 The first reason would be the backlash Ledger’s Joker received for being in makeup while the character is white from his skin. Nolan used Joker for the symbolism of an idea and not just as antagonist created to propel the story. This Joker is against an order from the outside. He wears chaos on his skin and calls himself ambitionless. Yet, the series of events take place in such an orderly fashion that you can’t help but deny that Joker had everything at precise spatial and time coordinates. He boasts of being ahead of the curve, of being able to see through the masks people wear. He creates an unreliable reflection of capriciousness that allows him to dominate those in his sphere, like when he threatens the mob bosses to blow himself if anyone tried to get him. The abilities of this Joker hide in the plain sight.

Both, the filmmaker and the audience, enjoy this unpredictability. It allows the former to escape the routine requirement of character development, of having plot points to build the acts and of screening past experiences to justify the motives, which is often a strenuous task. It permits the latter to brainstorm over the next frame without being prone to expectations. The third cinematic adaptation of Joker, too, takes a motive. He wants the world to not require Batman which he rephrases as “willing to kill Batman”. It is recognizable that this Joker is willing to stop when Batman does and Batman will stop when the Joker does, thereby giving rise to a vicious circle. His acts adapt to terrorism, which makes Joker a holist. He can see through the insignificance, much like The Killing Joke’s Joker, and embraces madness as a virtue. Now the question arises that if this Joker qualifies to be the mature Joker of The Dark Knight Returns II who’s also a cold-blooded murderer. The answer lies in “Well, depending on the time, he may be in one spot or several.”

I am deliberately choosing to skip what Joker says about himself as being an agent of chaos for he has always been an unreliable narrator. I am letting his actions create his image for me. He surely upsets the world order but what prevails after him is a Gotham capable of living without Batman until the resurgence of the league of assassins. So I am not sure if he dissolved an order or brought it.

Before we move on to the hugely anticipated Todd Phillip’s Joaquin Phoenix Joker, the fifth attempt on the character, we must deconstruct the character as metamorphosed in films. The VIBGYOR of the existence of a live-action Joker must, hence, be :

1. The laugh: Continuous, peculiar, sinister, sadistic, one that masquerades pain in the veil of joy. While Heath Ledger laughs effortlessly, the grim nature of Jack Nicholson’s laughter fascinates the most. This is one absolute parameter on which Leto’s Joker can be criticized. His laugh was forced, frustrating and fragile. At the other end of the spectrum is Mark Hamill’s laughter, the undisputed numero uno laughter, deserving honourable mention.

Must-Read: I am Heath Ledger [2017]: Touching Portrait of a Fallen Artist

2. The psycho-sociopathy: The Joker must be capable of doing everything. There must be no strings on him. Romero’s Joker is restricted with his plan, Nicholson’s is constrained by his vengeful urge, Leto’s Joker is held back by the Warner Bros. Ledger’s Joker is allowed to be free, able to succeed in death and in life.

3. The lone gangster: He must exploit people who work under him as a gangster and must betray those who claim to be superior to him. Nicholson’s Joker shines in this regard while Ledger’s Joker climbs the zenith with the ladder of betrayal.

(a) To kill Batman

(b) To make Batman redundant

(c) To dissolve order, instigate havoc and make Batman kill him or prove Batman’s moral code to be penniless.

The motive can be one of the aforementioned or a combination of many.

5. The inscrutable identity: The unreliability, the plurality of past, the inexistence of a heritage. I prefer Joker to not have an identity. At least not a singular one. It leaves him bound in time and takes away his permanence. I don’t doubt the brilliance of Jack Napier’s arc, I don’t raise suspicions over Arthur Fleck either. I only doubt if they can be timeless.

6. The allegory: This must exist to provide meaning to the world. A white spot on a black sheet is always more visible and more appealing to the eyes.

So where does Todd Phillips’ Joaquin Phoenix version stand? Can all the features elemental to the existence of Joker be anticipated from the latest version? If you have had an eye to visualize the movie going by its trailer, you can definitely say so.

Specific frames of the trailer will allow you to assess the potential ability of the actor to possibly venture the realms of the character he is given to play.

The laughter is maniacal and probably contextual as well.

The arc which promises not a pre-existing Joker but one who’s made to be, suggests an allegory.

The green, the red and the white have been rendered in a way that circles back to Romero, hence acting as an ode.

The lurking risk is of a rendition that may come out as an amalgamation of Joe (You Were Never Really Here) and Freddie Quell (The Master) coupled with the identity of Arthur Fleck to be treated in hand. Todd Phillips is venturing into an arena he hasn’t explored before which can be an opportunity and a disaster both.

The strongest point can be a story which seemingly resonates The Killing Joke. The biggest challenge could occur in the absence of Batman. Nevertheless, Joker has risen to be arguably the most enthralling film of the year after Endgame. Burdening ourselves with a comparative perspective can lead to partial vilification of the upcoming portrayal.

Because if I have to have a Joker, I’d like it to be multiple choice.

*The live-action television and animation films appearances have been excluded from the analysis.

The King and The Clown [2005] Review - A Shakespearean Tragedy