Tamasha (2015): A Tale of Drama, Love, and Dualism: Once upon a time, there happens a chance meeting of two individuals in Corsica, who make a pact to not reveal their identities to each other. An unreasonable promise, that would later prove to be impossible to see through for one of the individuals. And so, begins the story of Tamasha (2015), a satirical roadmap to the life of a man who chooses to live in mediocrity than pursue his passion.

As is the pattern with most of Imtiaz Ali movies, Tamasha’s well-thought-out script weaves the story of the inner struggle of a man trying to find his essence. The movie alternates its story back-and-forth between flashbacks of Ved’s childhood and his present life.

Ved finds and loses his identity

Sitting beneath an age-old tree, and listening to classical tales by an old and seasoned storyteller is how Ved discovers his passion for storytelling. In all the flashbacks of his childhood, the protagonist can be seen living his life amidst confusion between reality and fantasy. Belonging to a family of tradition and integrity, Ved grows up within the clutches of his father, incessantly fearing his wrath for not doing well in studies. Ved, for his part, recognizes early in life that his father’s idea of a successful life does not match his. Caught between two extremes, Ved builds a coping mechanism for himself, one which involves violent bursts of eccentric behaviour to vent out the anger within himself.

Later in his life, while on vacation in Corsica, Ved gets an opportunity to be his own self; to be what he’s always wanted to be, a storyteller. Enter, Tara Maheshwari. After an entire life lived in practiced dichotomy between the storyteller within himself and the product manager he’d become, Ved decides to let his guard down with Tara. This decision he makes owing to the pact that both of them make, to never reveal their identities to each other. This pact in itself is an irony on Imtiaz Ali’s part, of how only when given an opportunity to live in shadows and lie does Ved dare to be his own true self; of how Ved had, by that time, coined off his passion as something dark, and embraced his other life instead.

After their brief stint in Corsica, Ved, a master in hiding emotions all but forgets Tara. Tara, on the other hand, lives in the memories of the unnamed man she’d met in Corsica, and how exceptional they’d been together. After heading back home, Tara lives in a constant state of disillusionment, trying and failing miserably to cope up with the loss of Ved. The entire movie revolves around the void that Tara feels without Ved in her life. Her aching for a man she hardly knew is probably Imtiaz Ali’s almost gullible attempt to portray “true love”. A poke at Plato’s philosophy of soul mates, as presented in Aristophanes book, “The Symposium”.

Conflicting emotions — The lie is exposed

Tara starts frequenting a cafe in Delhi, that she believes Ved visits, and the two meet soon enough. And when they start dating, Tara finds out to her dismay that something was amiss. Ved was all that a woman would want — a gentleman who was well-behaved, soft-spoken, career-oriented, an ordinary man leading an ordinary life. But, the one thing he wasn’t was the man that he was in Corsica. And Tara could not see how that was possible, for that had been too real to be untrue.

A failed marriage proposal and confrontation from Tara, brings out the storyteller that Ved had hidden within himself with much tact. His complex exposed for the first time in life, Ved goes through a strange phase in his life. He gets caught in a whirlwind of conflicting emotions. Anger and frustration toil his mind day and night, eccentric bouts of behavior break open once again. A life led in monotonous, almost robotic sequence of movements starts to get replaced by sudden moments, when the storyteller would burst out of Ved.

Tara could no longer be a part of his life, he decides. He blames her for the arousing of counterpart within him, slowly yet with determination he pushes her out of his life. Now what? He asks himself when his troubles don’t stop. The more he tries to suppress the storyteller, the more the guy seemed to stick his face out, the situation keeps getting out of hand, and he gets fired from his job. 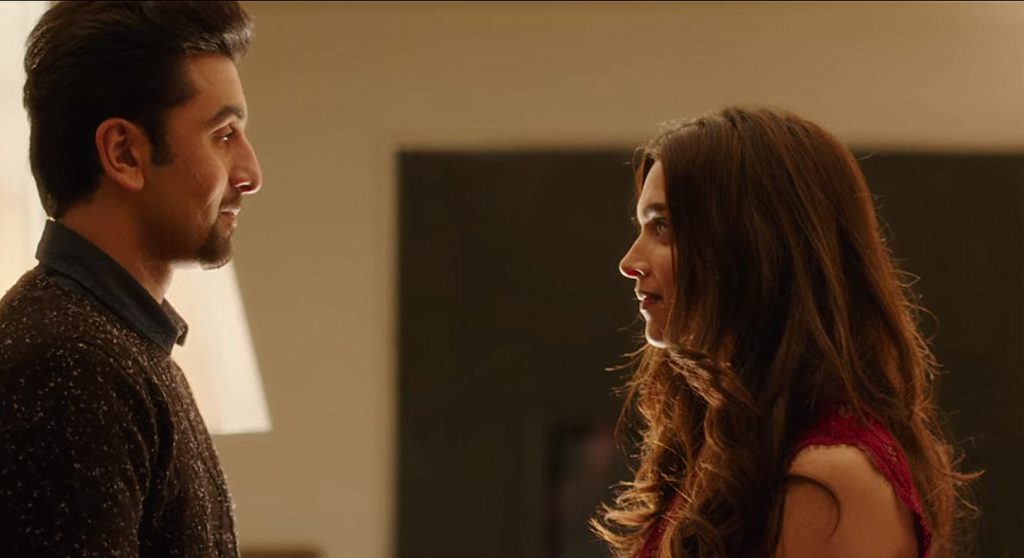 The sequence of shots after Ved loses his job is a clear call-to-attention of Ved’s innocence. His passion suppressed and scorned at by his father ever since his childhood, Ved is scarred for life, forced into leading an ordinary life by incessantly lying to himself. And the result, Ved ages with time, but fails to grow up and mature. But all the while, the storyteller nurtures himself inside Ved’s broken heart, bidding his time. Remember Katana Bhai’s wise words from Rockstar, “Only within the clutches of a broken heart can an artist be born”, and such was the case with Ved too.

Returning to his favorite storyteller for answers, Ved is shocked when the old man in his addled state of mind doesn’t provide the answers Ved is looking for, instead blames him for asking the answers to his story, rather than writing it himself.

With this new-found determination to decide his own fate, Ved convinces his family by doing what he does best, by narrating a story, his own story. The pain of subdued passion, the dual life he had led till then, lost love, anger, years of controlling his innermost feelings, a mediocre life tailored for yet another, and all other emotions comes out in his narrative. And so, the story goes, with Ved accepting the storyteller, and rejecting the product manager.

The rebirth of Ved Vardhan Sahni

Ved seeks Tara and finds her in Tokyo. They hit it off right where they left. This has been termed by some reviewers as sexist. Especially with Tara’s inability to move on from Ved, this might seem the case. But the truth is, the one thing that Ved is not, is being unappreciative for Tara’s efforts to save him from his doom. This is evident in the last moments of Tamasha (2015). In the final scene, after the completion of an act choreographed by Ved, the protagonist is, for the first time in the movie, introduced by his full name.

This subtly points that Ved had finally found himself. After thanking the audience for their applause, Ved turns towards Tara, for a moment they gaze into each other’s eyes, and they go on to do a thing of their own, just a gesture that is full of unmatched love. And in Ved’s eyes, you can neither see dominance over this woman, nor is there a trace of arrogance, there is only appreciation and love. Free to live without his alter-ego weighing him down, Ved seems to have learnt to love without restrains.

The Storyteller Prevails — A delve into Imtiaz Ali’s directional brilliance

The last ten minutes of the movie is absolutely astounding, if watched with precision. During the song, “Tu Koi aur Hai”, translated as “You are someone else”, there is a time-lapse of shots that show Ved while he is in his storyteller persona —  right from running out of class as a kid to dancing on the conference table in a corporate meeting; these scenes show Ved in his raw form, when the storyteller is dominant.

If you replay these scenes carefully, there is one common character apart from Ved in all these scenes, that being the clown. The clown that in-turn is a metaphor for “Tamasha”. The Tamasha of life. We all have our own clowns at the back of our minds. Aren’t we all bound by invisible shackles, living in dualism? Accepting mediocrity, with our blames directed towards fate? Aren’t we all just looking for a Tara to break us out of our simulation? 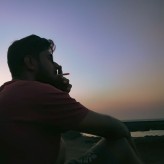 A voracious reader who is highly opinionated and, on a philosophical quest to find meaning. Sridhar loves to be in solitude and, listen to the silent screams of his dualistic soul. A true believer in the phrase — “A word after a word after a word is power”. There is magic in movies, like nowhere else; find it in flickering moments as a frame lingers or the angle of camera changes.