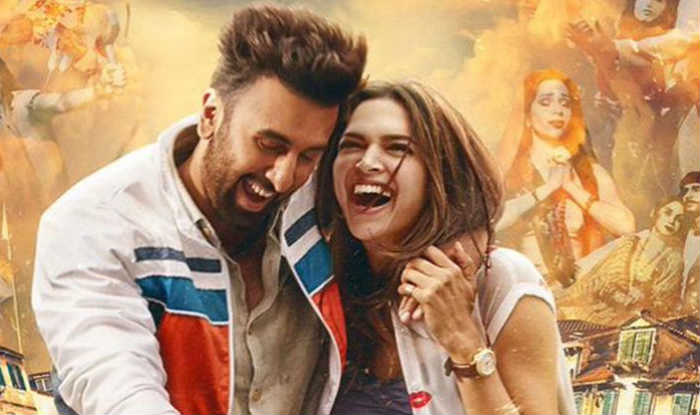 How many of us think about the attainable ambition we had as a child, while sipping a coffee or staring at infinity during office hours when that ambition has almost become unattainable, and all passion for pursuing it has dried up ?  I guess, many of us. Even a thought of not able to pursue my own passion drains me emotionally. Tamasha fabricates an emotionally profound tale around an introvert character who is scared to break his own shackles. Tamasha is an arrant allegory reflecting the existence of a persona of ourselves just to live a foreordained life by social and familial rules, that calls for renouncing our own dreams.

Tamasha carries very uncanny similarity with ‘Rockstar‘ and looks like a mellowed down version of 3 Idiots with the tang of Love Aaj Kal. While Rockstar constructs a ‘Jim Morrison’ idolizing character who surrenders his comfort, and abandons his ‘mundane & predetermine’ life  to become an artist he always dreamt of, Tamasha in a very similar manner deconstructs the structural functioning routine of a middle class man who goes through his inner conflict dangling between his conscious choices and subconscious aspiration. The central character of Tamasha is almost anti-Jordan [Rockstar], Jordan is driven by the passion for music while Ved has scarified his passion at all. Tamasha echoes the pain of most of the people inflicted by the indigenous superficiality of life and it largely works as a satire on the terms we live our life. This core philosophy of the film is pretty well summed up by the prologue scene where hidden feelings of a robot disguised as a clown, mocks and teases the robot to pay heed to his heart. Tamasha isn’t perfect, it does have its flaws; uneven pacing, weak characterization , and offers an easy solution in the end.

Imtiaz Ali’s films are very much character driven and celebrate life where the obligated characters are either running away from their mundane life or emotional turmoil or broken people trying to mend themselves, that leads to a self discovery. Tamasha is no exception.  A free spirited young lad (Ved) contained by his dad’s wish and social norms, slips few coins from his dad’s Wallet, runs to a tea addict Storyteller (Piyush Mishra), and asks deliriously to continue the Ram-Sita story. Story teller, unaware where he left the story last time, resumes telling a different story which leaves Ved agitated. To which the Storyteller explains that all the stories have very similar fate, be it Heer-ranjha, Romeo-Juliet, Laila-Majnu or Ram-Sita. It is like Imtiaz Ali is mocking every critics of his films those who complain he has a very similar story to tell every time.

And just to annoy his critics even more, he commences ‘Tamasha’ with the two young metro-dwellers, disguised as ‘Don’ (played by Ranbir Kapoor aka Ved) and ‘Mona Darling’ (played by Deepika aka Tara), doing exactly what his films’ character has been doing, having fun of their life. Ved and Tara exchange fatuous filmy dialogues while roleplaying their characters, and make a pact of never divulging any sort of information that gives away their identity. Though you later learn how essential Corsica phase was in establishing the two antipodes of Ved’s character, it has been done in loud, dull , and sometimes cringe-worthy manner.

After they return, Ved has a complete one-eighty degree change in his character. He has become a white collar working class man,  who  strictly follows his schedule. Ved’s character switches from free spirited bohemian who is full of life to sad & dull Ved who lives monotonous and mundane life, without the trace of ‘Don’. Even strong headed businesswoman Tara, who had apprehension about professing her love , suddenly surrenders herself to Dev.  But then these minor issues are easily overshadowed by Ranbir Kapoor’s splendid performance who hits all the right notes, even the tasteless thirty minute in the middle is saved by his sheer intense act. Ranbir imparts the required over the top craziness in the hipster part, shallowness in his working class man, emotional vulnerability around Tara, and plays different phases of his life with equal conviction.

Imtiaz Ali has commendable sense of chipping in music during the crucial scenes that manifolds the emotional impact of it; like the song ‘Wat Wat Wat’ has been so brilliantly fused with the oscillating emotions of Ranbir that you almost palpates his pain. Though the other songs are good and they never hamper the flow of narration, but they are nowhere close to what AR Rahman and Imtiaz Ali created in Rockstar. While the film gives easy solution to such intricate personal problem, which feels little rushed. Nevertheless, film makes you ponder which in itself is a great achievement, but at the cost of feeding us the message at each step. Give it time, Tamasha will grow on you.