Here are the 10 films that made it to the 4th edition of our ‘HOF-Men Recommend’ Series. 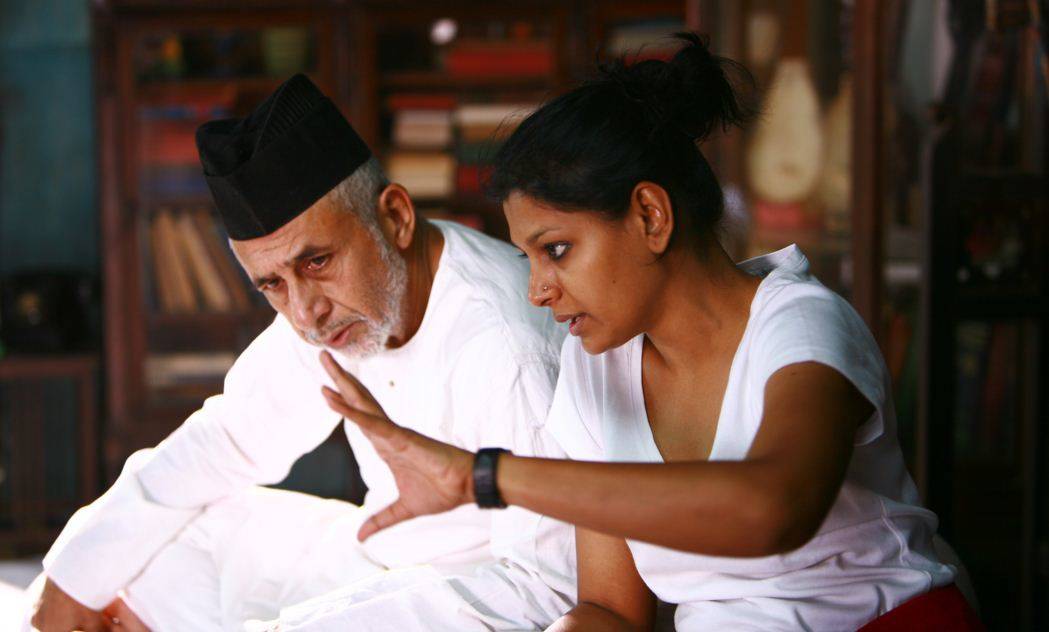 Firaaq, made by first time director and critically acclaimed actress Nandita Das, examines the aftermath of the 2002 Gujarat riots. There are five parallel stories which explore the life of a set of people one month after the riots ended. We follow a myriad of characters ranging from a Muslim hating Hindu whose wife is haunted by the ghosts of the riots as she punishes herself for not helping a Muslim Woman, Hindu hating Muslims who hopelessly think of revenge, a mixed marriage couple who are rethinking their decision to move to Delhi after the riots and a lost Muslim Kid who recently became Orphan during the riots.

With such a range of characters, the film never tries to sympathize with a particular community instead Nandita Das has managed to put characters of similar atrocities and generosity on both sides of the equation. Firaaq showcases the horror a society go through after communal harmony is broken loose. Firaaq isn’t a controversial film as it was labeled at the time of its release but is a pure human interest story. With her first film, Nandita Das told a matured story that exclusively needs to be seen by a sensible audience. 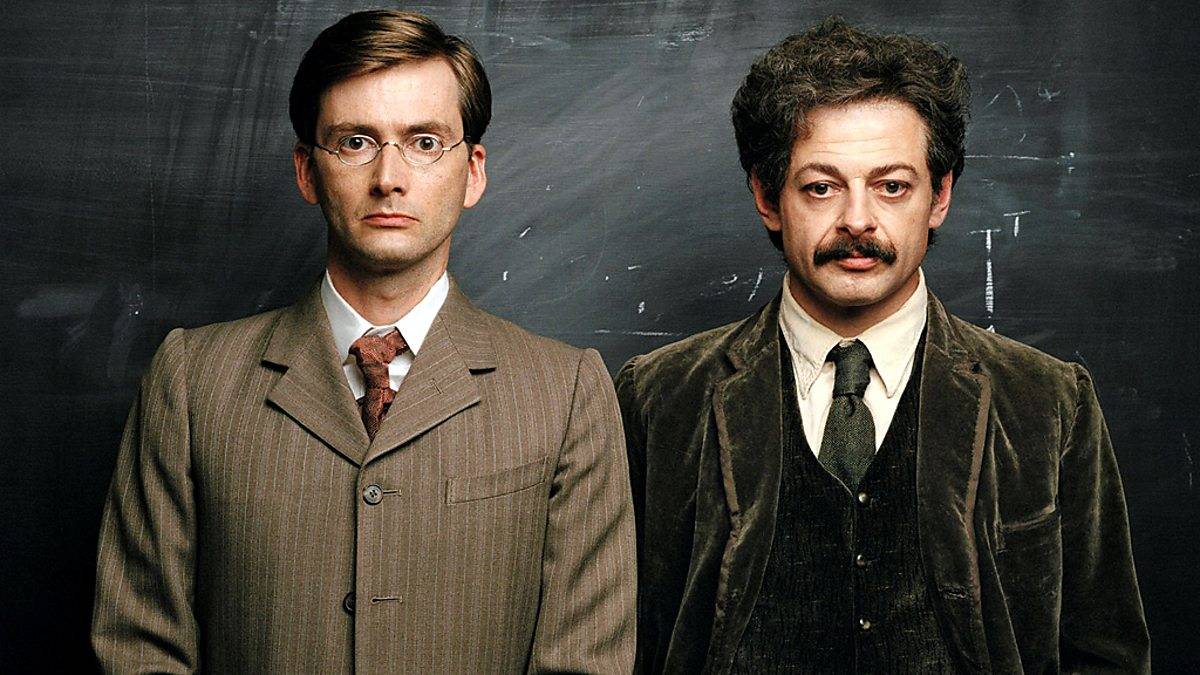 In 2006, Andy Serkis played the role of Nikola Tesla’s assistant in Christopher Nolan’s The Prestige. Following his little tryst with science, 2 years later, he played the part of Albert Einstein; now this is what I will declare as one of the most appropriate castings in films ever. The reason why I emphasized on Andy Serkis’ casting is because I felt this good movie to be a little underwhelming and suppressed by the performances it contains. The performances, however, makes it a must watch for every movie buff. Andy’s performance has finesse of a kind that deconstructs every aspect of Einstein and lays it in front of us. Einstein the Scientist takes a little backfoot and comes forward Einstein the family man, the romantic, the passionate, the idealist and the maverick or may be these are the attributes which made Albert the phenomenon which is Einstein.

Andy Serkis’ flamboyant performance is perfectly complemented by the more restraint and deliberately underplayed performance by David Tennant, who portrays Arthur Eddington, another scientist of the Einstein Generation. The film tells the story of Einstein working on his Theory of Relativity with the constant criticism by the stalwarts of Physics at the time and Eddington’s belief in Einstein’s theory. It is the time of the war and an Englishman supporting the work of a German has political aspects too that the film has addressed very precisely.

What if you and your friend, both Tarantino fans, walk into a restaurant and start discussing his films. You begin with Reservoir Dogs, move to Pulp Fiction, go back to True Romance and then jump to Kill Bill. This little film is about 2 such guys who discuss possibly every fan theory ever written about the films written or directed by Quentin Tarantino. You may be acquainted with most of these theories but the film has a kind of passion in their conversation that makes it a perfect homage film for Tarantino. This is a film that makes you realize that Tarantino isn’t just a filmmaker but a filmmaking style altogether. It also makes you realize the importance of ‘Tarantino-Esque’ in the world of Cinema. 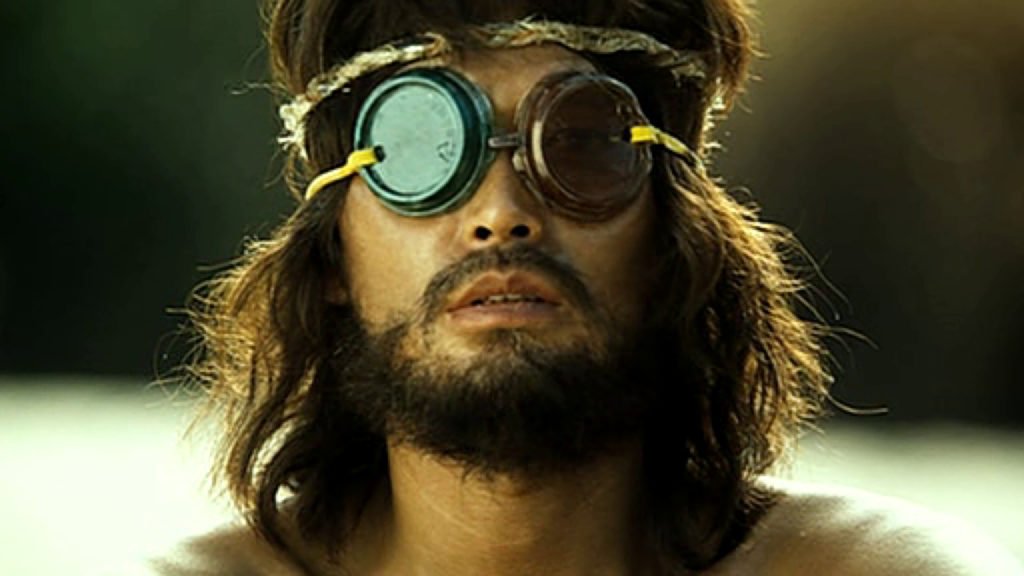 Castaway on the Moon is one of the very few films that celebrates life without getting overly dramatic or cheesy. It finds hope, love & aspiration in two seamlessly destroyed entities, and leaves you with a glowing & happy grin. This Korean drama is quirky, touching, romantic & real when its suppose to be. Lee Hae-Jun’s film has two character at its center, both trying to escape the sad & unrealistic reality without making an effort to do so. So the escapism turns to confinement but slowly turns into mutual strength & a burning desire to connect to the right one. More than anything, Castaway on the Moon is about two people who are aliens in their own world, they love it when the world stops & gives them air to breathe, but deep inside their long lost heart-beats is something that’s just waiting to come out.

Watch it on Prime Video

“You lie more as you get older. And then, at some point, you’ll start lying less because your realize there’s not that much point.” Directed by John Magary, The Mend is a terrific first feature.  It inspects the life of two brothers who are oil & water in a tank of wastewater. Both of them have contrasting features but deep down both are people who are waiting to get a kick from someone who knows what should be done when life winds up on you. Josh Lucas in particular is a revelation here. His character pisses on random thoughts & wishes to keep himself afloat with a broken laptop & a leather bag, and looks that could kill if he finds a nice little place to take a bath in. His brother on the other hand is in love with a girl who may & may not be the right one. The Mend has an energy that shows more life in its mundane, monotonous moments than any other film does in a hour or so. The energy & intelligent editing shows the power of cinema in transforming similarly themed results into fresh & new packages. 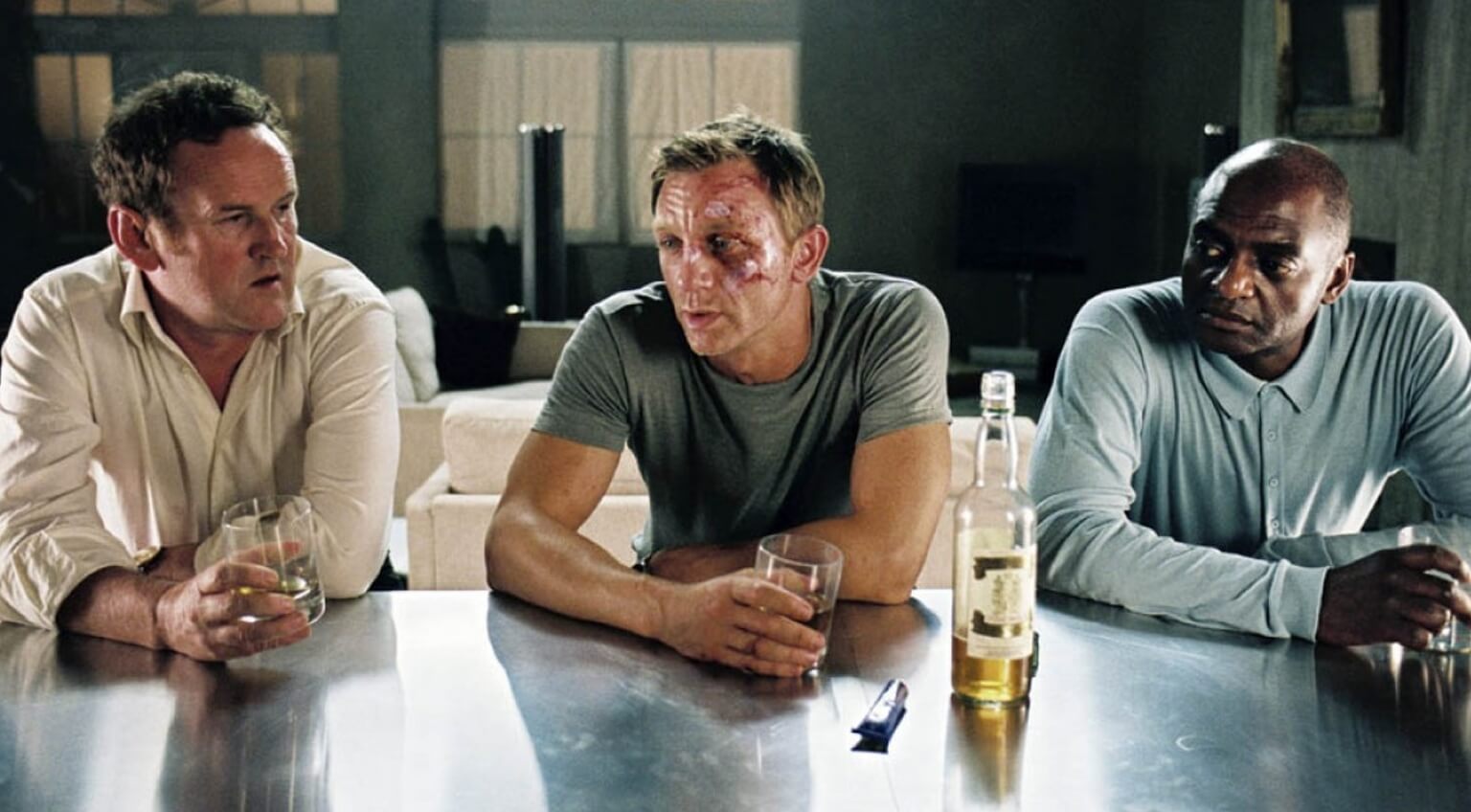 A little bit of Scorsese’s Goodfellas collide with Guy Ritchie’s Lock, Stock & Two Smoking Barrels and flair up to transform into a rather original, underrated gangster film. Layer Cake, directed by Matthew Vaughn gets out of hand a couple of times. Amidst the 2 dozen characters & the constant cross-overs you feel lost. But that’s the whole point of the film. Layer Cake has so much class & charisma that the over-abundance of side-plots feels completely alright. 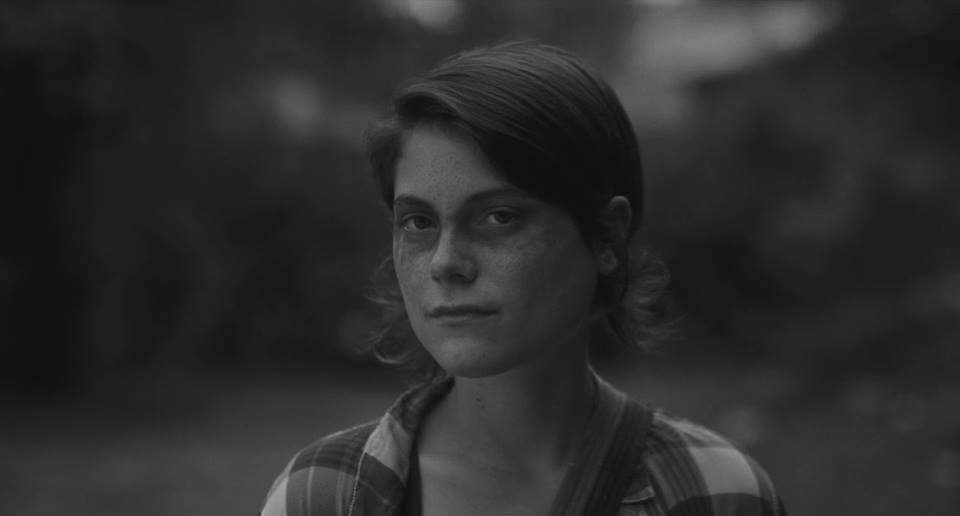 A strange amalgamation of the soul of Frances Ha, Noah Baumbach’s oddball comedy about failed people & the episodic feeling of Two Days, One Night, Jean-Pierre Dardenne & Luc Dardenne’s drama about a woman trying to keep it intact. Stéphane Lafleur’s Tu dors Nicole relies heavily on its framed images & the blinking transitioning face of its protagonist. Tu Dors Nicole is a coming-of-age film where nothing & everything happens at the same time. The greatest weapon of Lafleur’s monochromatic dream is its tendency of being slight & slow. It creeps up on you when you least expect it to. 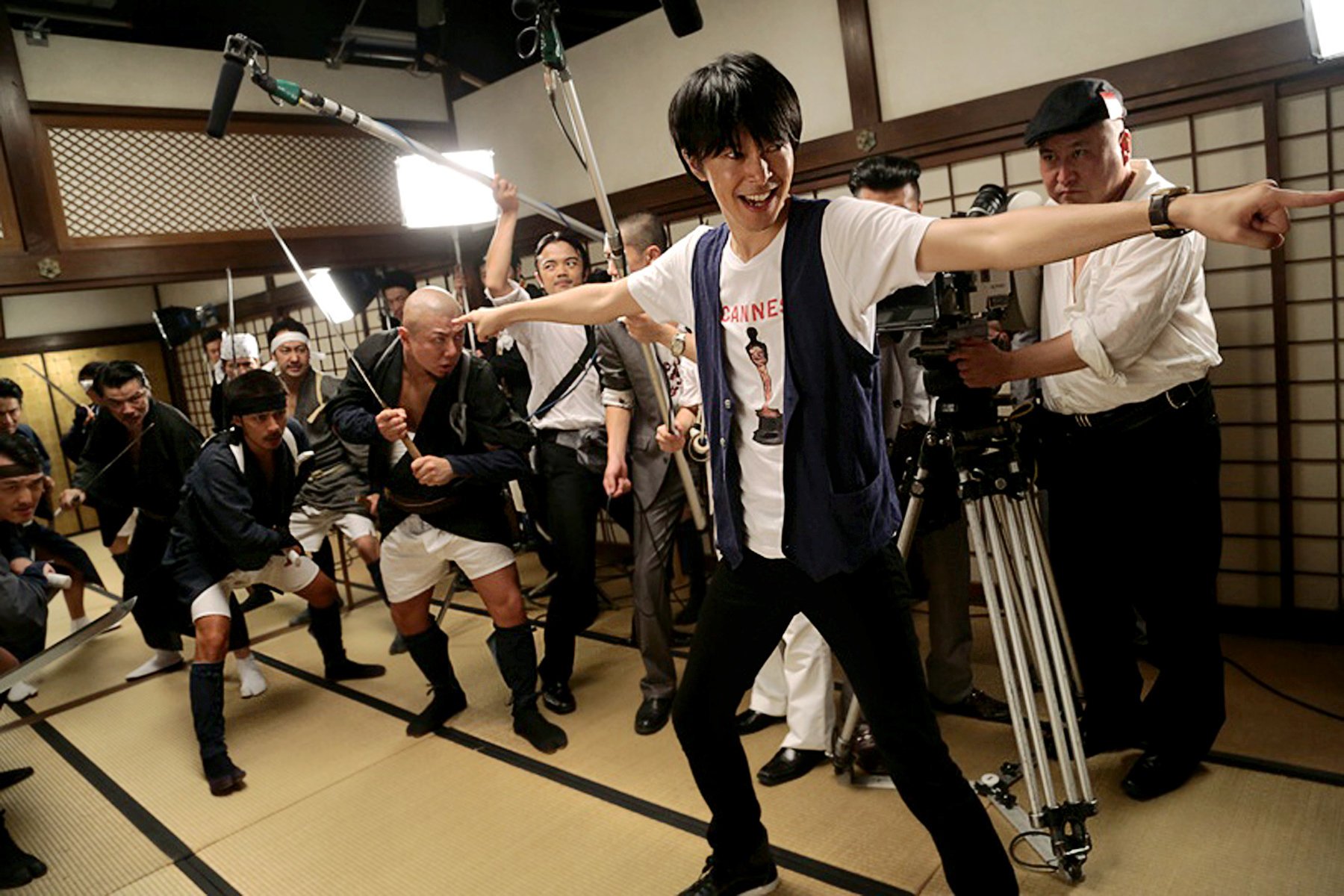 “Reality is going to lose!”
Shion Sono’s Why Don’t You Play in Hell? is wacky and totally bat-shit-crazy. An oddball film that’s an achievement in how it portrays independent film-makers wishing to sprout out of their cave and paint the canvas red with their own genre flavors. Why Don’t You Play in Hell is so self-conscious of where it’s going that it just plays around with its own set of rules and moves a step forward every single time. It does drag in places and the metaphors are not that easy to catch at times but when Sono gets in his gears there’s no stopping him. 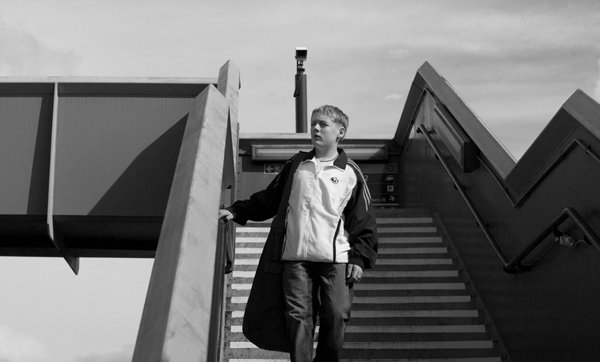 Somers Town is a small gem of a crackling film about two adolescents who are trying to fit in this rustic world. Shot mostly in black and white and focusing on the random adventures, at running length of just 70 min, Somers Town is naturalistic funny and endearing character comedy that shares observant tone. Tomo (Turgoose) is a runaway from Nottingham who is beaten and robbed by London bullies, and accidentally crash into Polish immigrant kid Marek (Piotr Jagiello).

Directed by a self taught filmmaker Shane Meadows, Somers Town focuses on unusual friendship of Tomo and Marek in episodic adventure that put their vulnerability and insecurity at display.

The Color out of Space (Die Farbe) is a German film adapted from a short story written by American horror author H. P. Lovecraft. Shot in sinisterly toned Black & White, unnerving eerie music and minimal dialogues, Die Farbe uses these indigenous ingredients quite effectively to make this slow burner science fiction horror film worth a watch which has a potential to attend cult status. Die Farbe has very unique style of narration that detour from three parts story telling & frequently flips back and forth in three time zone, 1930, 1945 & 1975 and ultimately ends in bizarre manner that will leave viewers in blustered mood for unanswered puzzle. A man arrives in the local German town in the search of his missing father, who finds an old man named Armin Perske, who knows about his dad. Film later follows the first person narration as told by Armin where he explains the strange meteorite hitting the village. The mysterious meteorite shrinks on its own and release shimmering globule.

Sooner, the land becomes inhabitable, fruits & vegetable grow disproportionately large but inedible, lands go barren, sooner a lady goes mad, oddly one of the sons of that lady goes missing, and such baffling phenomenon laced with deliberate slow paced drama unravels in such horrific climax that it stays with you after the credit has rolled. Even the scientist are asked to study the meteorite but futile. The sets and cinematography render the realism to the film. Houses, farm and people look normal, but still it gives vibe of something menacing and creepy is going around, eerie music (fortunately no loud music is used) has been smartly fused in the film.

Kingsman: The Golden Circle [2017] – A Superfluous Exercise in Excess