Movies to Watch like Lady Chatterley’s Lover (2022): Directed by Laure de Clermont-Tonnerre, the latest adaptation of the much popular D. H. Lawrence book of the same name, Lady Chatterley’s Lover is a beautiful and tender film. Constance, also known as Connie (played by Emma Corrin), marries the love of her life, Clifford Chatterley (played by Matthew Duckett), before the latter leave to serve his rank in the war. He returns from the war disabled and impotent, leaving Connie to engage in his caregiving all day long as they move to the Chatterley estate in the countryside. However, Connie finds herself sexually attracted to their gamekeeper, Oliver Mellors (played by Jack O’Connell). What begins as a confidential meeting for sexual exchanges soon erupts into a full-blown passionate relationship, threatening to scandalize the Chatterley family. However, the film chooses to end the story differently than the book, sparing us with the tension of a cliffhanger.

The frankness and maturity with which the director holds up the relationship between Connie and Mellors are refreshing. It doesn’t disregard Lawrence’s efforts at portraying a broken world in the aftermath of the first World War as just another-sexy-scandal story. Instead, the camera does best to hold up the meeting of the exploration of man’s most primal instincts while being cupped by nature’s bounty. It is a breezy watch because neither Corrin nor O’Connell makes the intimacy look forced. If you enjoyed watching Lady Chatterley’s Lover on Netflix, here are a few films you can check out to bask in its afterglow. These film suggestions are kept in mind with the prominent themes of post-World War effects and the moral crisis of the young, the growing class conflict in contemporary English society, and the complexity of human relationships that the film in discussion primarily focuses upon, most of them being other brilliant adaptations of the novelist’s other works. Happy reading!

Directed by Jack Cardiff, this film is based on a very popular semi-autobiographical novel by D.H. Lawrence of the same name. The fine adaptation follows Paul Morel (played by Robert Dean Stockwell) as his life is caught between his love for an older woman, Clara Dawes (played by Mary Ure), and his mother, Gertrude Morel’s (played by Wendy Hiller) emotional hold on him. Paul is also engaged in a complex sexual relationship with Miriam (played by Heather Sears), a local girl. The oedipal aspects of the mother-son relationship are so prominent that as the distance between Paul and Mrs. Morel widens in the course of the story, the latter falls prey to serious illness, ultimately succumbing to death. The film won seven nominations at the 33rd Academy Awards (1961).

D.H. Lawrence perfectly handles the complexity of human relationships in his works. A brilliant example of the same is Paul’s relationship with his father, Walter Morel (played by Trevor Howard), and the relationship between Mr. Chatterley and his caregiver, Mrs. Bolton. The theme of sexual awakening, accompanied by the writer’s popular candid treatment of sex, governs the character sketch of both Paul and Connie. Similarly, they feature the difficulty of making a choice between your heart and your socio-moral responsibility. Paul is a miner’s son, and the story is set in a mining village in England, just like the nearest village to the Chatterley estate. Directed by Joe Wright, this film is a personal favorite piece of art and is based on the titular book by Ian McEwan. Cecilia (played by Keira Knightley), the elder of the Tallis sisters, is passionately in love with Robbie (played by James McAvoy), their housekeeper’s son. The film opens with their whirlwind hedonism, mistaken for rape by the younger Tallis sister, Briony (played by Saoirse Ronan), who is secretly infatuated with Robbie. To make matters complicated, Briony also accuses Robbie of raping their visiting cousin, Lola (played by Juno Temple), and the latter is arrested. This separates Cecilia and Robbie for life, and the film traces Briony’s journey as she tries to atone for the singular mistake that ripped their lives. The film won 7 Golden Globe nominations at the 65th Golden Globe awards and features one of the best performances by Knightley.

Cecilia and Robbie’s passion for each other reflects the kind of love between Lady Chatterley and Oliver Mellors – charged with sex, clandestine meetings, and worldly promises. This also makes their romance potent with tragedy when they get separated from each other due to societal interference. The nature of their love is almost delirious, transcending the barriers of the existing class hierarchies. While we hear little of World War I in Lady Chatterley’s Lover, its ripples destroy the relationship between Mr. and Mrs. Chatterley. In Atonement, World War II penetrates the narrative to turn the characters’ lives on their heads, pulling them further apart and making amends impossible. 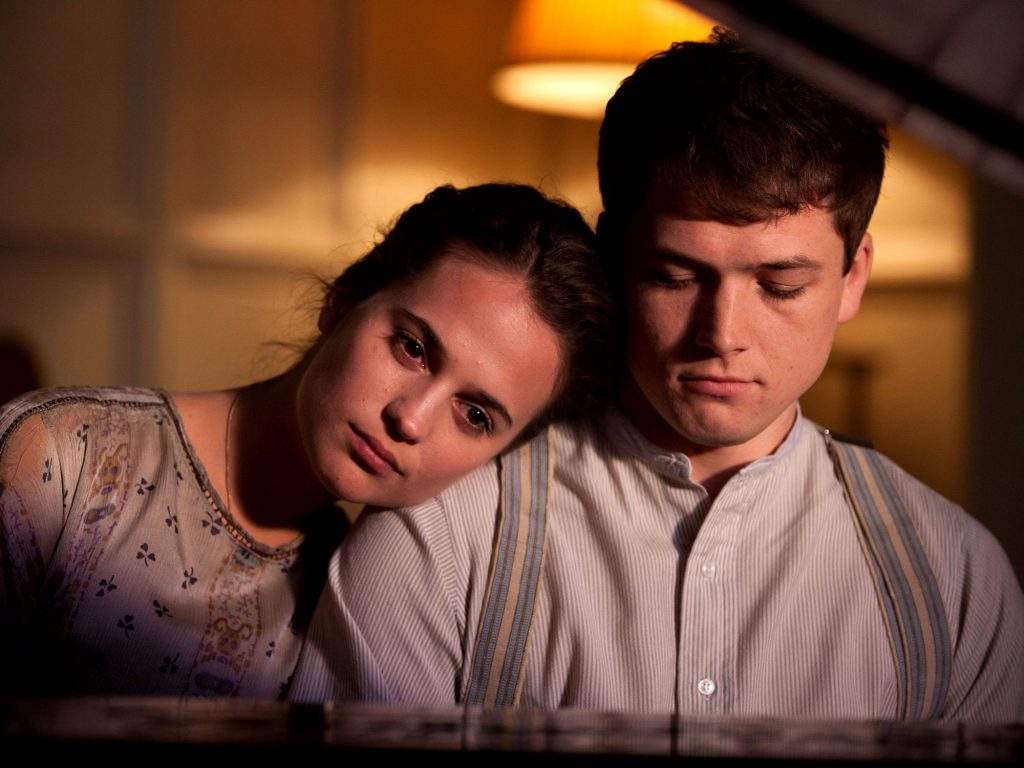 Directed by James Kent, this film is based on a memoir from the First World War as presented from the point of view of a young woman. Vera Brittain (played by Alicia Vikander) enrolls at Somerville College, Oxford but has to leave for the Voluntary Aid Detachment soon as the number of casualties in World War I proliferate. She experiences the horrors of trench warfare and the grim realities of the Western Front second-hand as she experiences her lover Roland (played by Kit Harington), friend Victor (played by Colin Morgan), and younger brother Edward (played by Taron Egerton) – all of them being wounded soldiers in the war – meet their tragic ends.

The disillusionment about the World War is one of the primary themes that govern the Testament of Youth. It also forms the backdrop for Lady Chatterley’s newfound circumstance, the joy of serving in the army fading quickly. In both films, the upper-class women protagonists and their perception of the war are challenged. Although the tragedy of Vera and Roland’s love is nowhere as profound as the one between Connie and Mellors, their hope for a better tomorrow and promises of a regular married life tend to reflect the latter’s spirits. 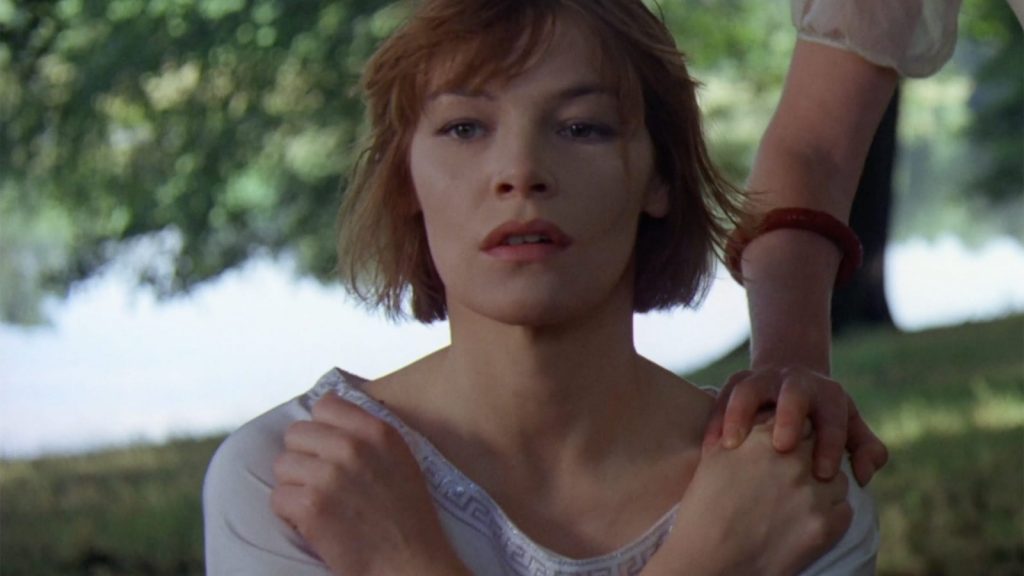 Directed by Ken Russell, this film is one of the best D. H. Lawrence adaptations of all time and is based on the 1920 novel of the same name. Sisters Ursula (played by Jehnie Linden) and Gudrun (played by Glenda Jackson) find themselves fancying Rupert (played by Alan Bates ) and Gerald (played by Oliver Reed). There’s also an undercurrent of the homoerotic nature of desire shared between Rupert and Gerald throughout the film, leading to sexual tension as the plot thickens. The four are caught in a web of social interactions that are charged with discussions around sex, the nature of love, and the meaning of intimacy.

There’s a latent carnal nature to the plot that ranges from copious sex to wrestling matches, quite similar to the exploration of Connie and Mellors’ sexual relationship. The urgency of their passion meets the tenderness of the respective directors’ style of depicting these moments on screen. The bodies are held in proximity to the camera without making the audience feel like they are transgressing into the characters’ personal spaces. The post-World War I setting is distinct as a backdrop in both movies. Further, the natural world forms a constant companion and metaphor for sexual exploration for Rupert and Connie in both films. 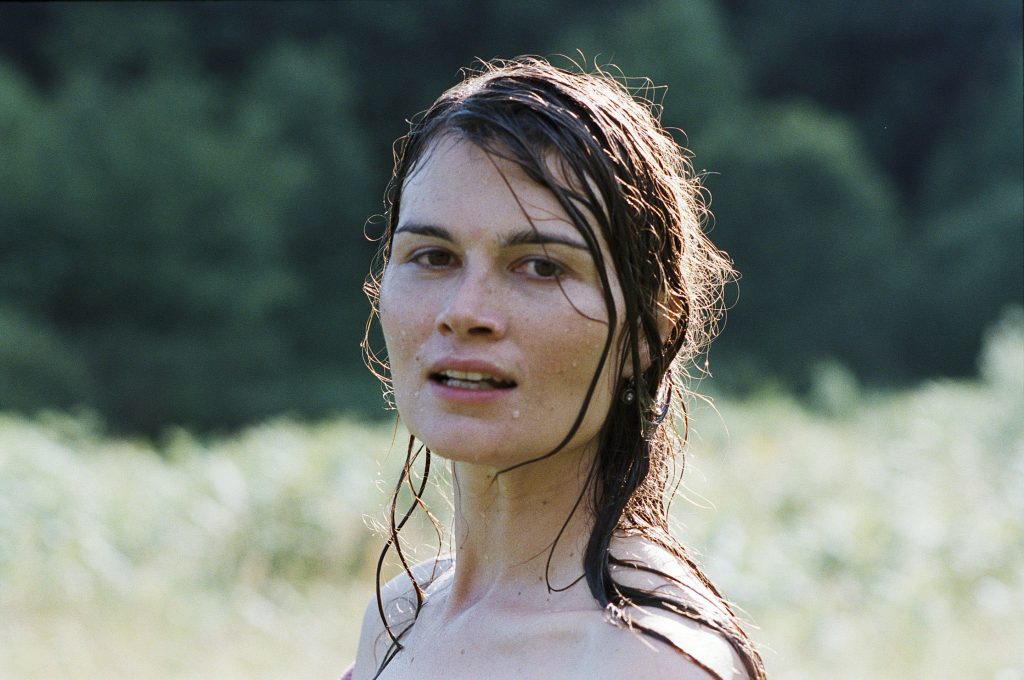 Directed by Pascale Ferran, this French-language drama movie is an adaptation of John Thomas and Lady Jane, the second of the three earlier versions of the D. H. Lawrence story that went on to become popular as Lady Chatterley’s lover. Lady Chatterley (played by Marina Hands) resides in the Chatterley estate with her disabled husband and finds herself slipping into depression. She is isolated from the world she knows and finds company in pheasant chicks and the gamekeeper of their estate, Oliver Parkin (played by Jean-Louis Coulloc’h). She is in a scandalous sexual relationship with the latter and finds herself gravitating towards him in love as rumors of her pregnancy run wild in the neighboring town.

The framework of this story is barely much different from Lady Chatterley’s Lover. Ferran manages to capture the tender and natural relationship curve between Lady Jane and Oliver Parkin. It is slower, has fewer exchanges between the lovers, and mulls over the sexual awakening that Lady Jane is navigating through in the course of the story. Hands’ performance as the doe-eyed Jane wandering into the natural world to find her sexual curiosity satisfied bears the same tenderness that Corrin’s performance in the latest film resembles. It was nominated for nine Caesar awards in the year of its release.