Lady Chatterley’s Lover Ending, Explained: It’s unnerving how controversially brave art retains its relevance through more than just the sense of acknowledgment of how it was when it first arrived. The volatility of time only affects the nonconformities that made it threatening back then. But in a world so fastidiously engrossed in dominating who they can and controlling the inconvenience of “freedom and respect for all,” the relevance of complex art lives through the newfound disputes of its details. The free expression of sex in literature isn’t as taboo as it used to be when D. H. Lawrence wrote Lady Chatterley’s Lover–neither is an erotic pleasure as hush-hush a thing as it was back then. So you may wonder why yet another adaptation of something that has found several outlets in cinema before.

Laure de Clermont-Tonnerre’s Netflix adaptation of the infamous novel chooses a different problem to look at while paying its due to the still-pertinent issues of class struggle, the question of infidelity, and the rejection of untamed sexuality. While it masquerades as a love story, the 2022 vision of Lady Chatterley’s Lover cleverly presents the idea of female pleasure as the prevailing argument. The fault with it, however, is that there’s only one pre-determined way the story can go. So there needed to be a convincing story of love, after all. In its distraction of the bouquet of stakes, Lady Chatterley’s Lover forgets to establish a plausible romance that comes off as more than an infatuation.

Emma Corrin’s misfit Constance harbors a wildness that stays recluse for the lack of a reliable channel. Corrin’s portrayal of a woman born at the wrong time and married into the wrong circumstance is often a recollection of her Diana in The Crown. It does prove to be quite a chore to separate the two in a way that Connie doesn’t stand as a wish fulfillment of what should’ve been Diana’s adventures. Connie’s chemistry with the refreshing gamekeeper Oliver is an overstatement of the forced idea of lasting love. Granted, her frightening confinement in the social expectations can, without much effort, convince her that the first time she feels sexual liberation is the first time she feels love. But that is where the lack of a better script is glaring. Oliver, while undeniably charming, isn’t written in a way that makes him stand apart from any other male romantic interest in any other erotica.

Connie’s (Emma Corrin) idea of a happy marriage and a love she can cherish comes crashing down when her husband (Matthew Duckett) comes back from the war in a wheelchair, and she takes on the job of being at his constant beck and call. It is a duty she attends with love, but it is at the same time a love that isn’t reciprocated in any sense by her husband, Sir Clifford Chatterley. While the exorbitant wealth and the social status of being the revered Lady Chatterley would’ve enthused most, it is an ocean of coldness and a haunting lack of anything lively for Connie. And if the suffocation that comes with the burden of the title wasn’t enough, Connie’s husband–now unable to consummate the marriage–is as dispassionate about pleasing her sexually as he is bleak in matters of the heart.

Clifford wouldn’t mind if Connie took a lover, but as he firmly commands, she must take one of high social standing. And that idea doesn’t come from a place of deformed compassion. It is so that lady Chatterley can bear an heir he can pass off as his own. “The estate needs an heir,” and Connie is to summon one by any means. As though being treated as a child-rearing machine wasn’t reason enough for Connie’s heart to dispose of any tenderness, it possessed for Clifford. He proves even more despicable with his blatant classism and his vile disregard for the struggles of the working class.

Connie decays in silence until the arrival of her headstrong sister Hilda (Faye Marsay), who shuts Clifford up before he can spew any more pompous rubbish. With Hilda’s urgency, Mrs. Bolton (Joely Richardson) is hired to take care of Clifford, and Connie’s days open up to walks across the striking meadows and spending her time with the village school’s teacher, Mrs. Flint (Ella Hunt). But nothing stays with her, as does the allure of the gamekeeper’s (Jack O’Connell) naked back she blushes at. Visiting his little dark cottage to ask about the coming of new chicks, Connie finds more than a handsome man who reads James Joyce. She finds a safe space away from the intolerable company of her husband and the airless grand mansion she lives in.

It isn’t long before Connie gives in to her desire for passion and makes the first brave move. And luckily, Oliver reciprocates. Breaking her out from a dungeon of loneliness and melancholy, the war-vet gamekeeper comes into her life as the releaser of every wildness she has had to keep hidden and every craving she has been burying. The freedom she feels in the arms and the company of Oliver makes her fall hard for him–and he falls for her. Their passionate trysts, however, don’t go unnoticed by the eyes of Mrs. Bolton, who tries to pass on the news to Clifford and is promptly silenced by him.

Realizing that she may be pregnant, Connie hatches the perfect plan to hide her relationship with Oliver and give Wragby an heir that Clifford desperately wants. She tells Clifford that she’ll spend some time in Venice with her father and Hilda and will find a proper gentleman to impregnate her. Clifford gets on board instantly, but Oliver has the most challenging time making peace with Connie’s idea of being used. Albeit, their relationship isn’t as meaningless to Connie as he believes, and it doesn’t take long for her to reassure him of the same. Daydreaming about spending their lives together doesn’t come easy for the couple as it is not just his social condition that stands as a hindrance, but also his marriage with his estranged wife Bertha, who doesn’t forget to send her new man to collect half of Oliver’s pension.

What becomes of the secret lovers? 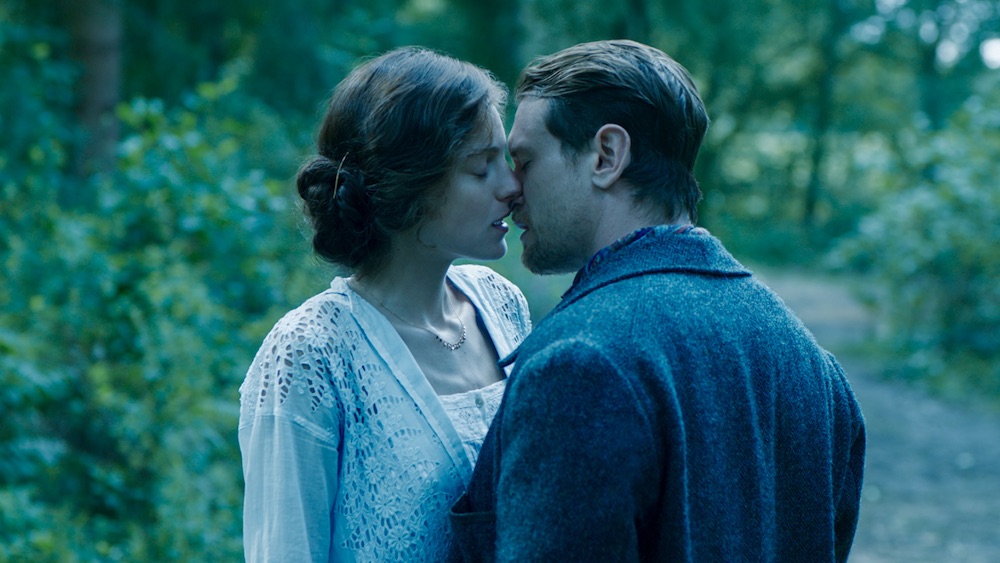 On her visit to collect Connie for their journey to Venice, Hilda learns of her relationship with Oliver. Unsurprisingly, she disapproves of the new lover, and the disapproval pertains to Oliver not belonging to their social and financial standing. Hilda insists that Connie has confused love with sex and is making a huge mistake by taking it too seriously. Connie has made plans to visit Oliver the night before they leave for Venice, and she feels that Hilda will change her mind once she sees how fascinating he is. Hilda, however, still isn’t at all taken by Oliver’s charm. She wonders how he will possibly make her happy.

Spending one last night of passion for a while, Connie and Oliver occlude the troubling thoughts of tomorrow. The following day, however, before Connie has had the chance to leave, Bertha’s new man comes over to collect the money. And while he pretends to go, for the time being, he waits for the empty cottage to sneak in to find a book Connie had left and her half-eviscerated nightgown. Rumors spread like wildfire and reach Clifford while Connie is away.

Learning of the ordeal, when Mrs. Bolton calls her out of genuine concern, Connie comes back immediately and meets Oliver. Before he leaves, the lovers promise to find their way back to each other someday. Disregarding her father’s advice that she should stay married and carry on with Oliver, Connie decides to divorce. When she confronts Clifford, he promptly denies accepting the child, assuming that’s what Connie would want from him. But Connie asks for a divorce.

Setting Connie free into the world isn’t what Clifford wants to do. Even when he wanted her to take a lover for an heir, he constantly asked for reassurance that Connie would return to him. Connie doesn’t stop bickering with a man she will never see eye to eye with. Before storming off, she begs Mrs. Bolton to spread the words of her love for Oliver so that he can find his way back to her someday. Connie’s days in Venice feel endless and overcome with the thoughts of Oliver. But the wait ends when Hilda hands her a letter. Oliver has found her. He waited until he got a job and settled into life just well enough to take on Connie and their child. After a long wait that felt longer than an eternity for Connie, the journey ends with lovers meeting.

While the book ends on a hopeful yet vague note, the film gives the lovers a happy ending. It would’ve been a safe road for her to settle for Clifford. She could easily opt for her father’s advice that she should take advance of her freedom of passionate rendezvous while taking advantage of the Lady Chatterley title. But for a woman who has always felt like she didn’t belong, freedom has to come completely for it even to be considered freedom. And that is what Oliver signifies–her idea of freedom.