Home»Reviews»The Twentieth Century [2020] Review: The art of Storytelling at its most Cinematically Bizarre
Reviews

Toronto, Canada. 1899, merely before the dawn of a new century. William Mackenzie King is one of the highly suited candidates competing for the Presidential elections. The autocracy demands its Prime Minister to possess beauty, wit, and an ability to take the responsibility of power, and our guy has all of it. He also hopes to marry the Lord’s daughter Ruby Elliott. But the hopes are shattered when Bert Harper, a clearly better candidate in terms of beauty, skill, and moral conduct, is declared the president as well as the fiance of Ruby. But the hopes for a powerful political life are not lost because, well, circumstances. The rest of The Twentieth Century is based upon the hindrances between the path of winning and William King.

And this film does put a charming spin to it – but to grasp the charms, you need to stay with the film’s absurdist humor, odd filmmaking decisions, and a thoroughly mad ride. If you have an appetite for cinema at its truest, I guarantee a superb adventure. I was thrilled at the explosive, amusing indie-film behaviors that director Matthew Rankin displayed with such arrogance. In the end, this impertinent, stylistic direction enormously satisfies.

What I liked was that the film champions the central plot with an offhand treatment. Under the complicated character study of William King and the demonic proceedings, the film hides in plain sight an otherwise simple, comical plot with little more than a flawed protagonist and a love triangle. On the offhand, it also offers a deceptive sense of history that the twentieth century marked with the end to the conservative regime of Charles Tupper, and the federal elections of 1900. Where the people chose the liberal leader William Laurier to be the new prime minister. The film shocked me when it made William King, the Charles Tupper-like character, its flawed protagonist to root for. In fact, the film’s liberal-prime-minister-character Bert Harper (played by a shining Mikhail Ahooja) is reduced to a side character. 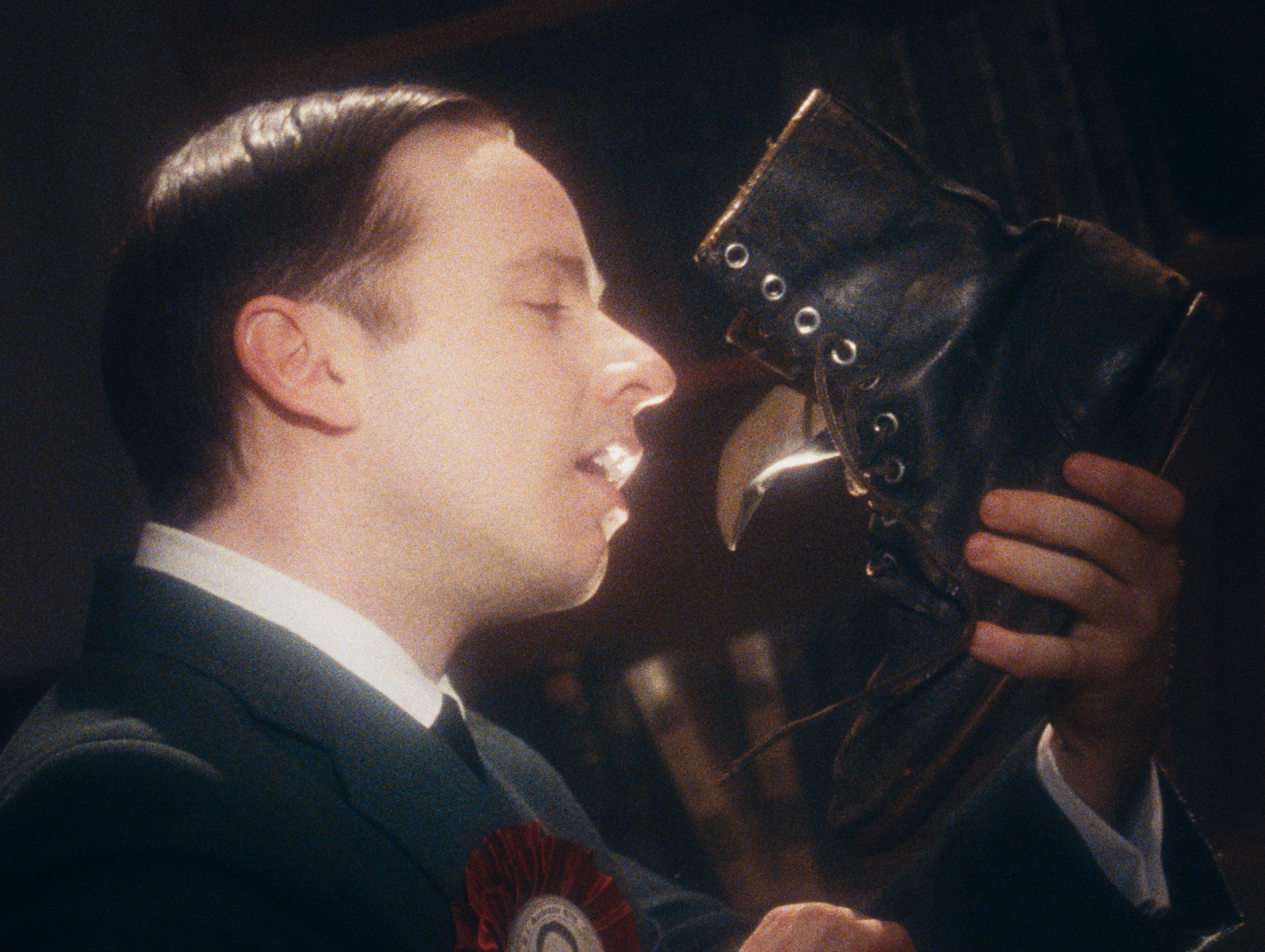 However, as the film progresses you get what it tries to convey through such characterization. By making Mackenzie the protagonist, it mocks him and even as you root for him till the end you judge him for all that he does. He’s super-idealistic, hungry for power, and masturbates to a shoe (literally!). While Harper is a more pleasant man with beauty and honesty (and like Laurier, he desires for American-French relations to strengthen). He is the kind of fleshed-out character you can’t root for because of the film’s absurd obsession with its flawed characters.

The Twentieth Century does interesting things with its women. The suppressed-wife-syndrome is subverted through three women with distinct characters. There’s William’s bedridden mother (a terrifying Louise Negin) whose only ambition is to see her son hold the power of the state and marry the Lord’s daughter, Lord’s daughter Ruby who rebels against her father to support the liberal regime (yes she isn’t just the woman of King’s fantasies). There’s also Nurse Lapointe (Sarianne Cormier, in fine form), who is infatuated with Mackenzie but an ardent supporter of liberalism.

The film’s casting is one of its biggest strengths because it gets actors who serve the bizarre, horrific humor the kind of unmatched justice it deserves. By casting male actors in female roles (such as Louis as William’s mother and Emmanuel Schwartz as Lord’s elder daughter) and vice versa, the film seems to satirically reverse the incorrect gender roles.

There are strong performances from all actors but it is the superb leading turn by Dan Berine that appeals the most. It’s the sexiest comical performance in a while. He makes a caricature of a man look like an anti-hero, which is no mean achievement. In fact, the film is elevated by his sheer energy and maniacal presence. Also worth mentioning is Trevor Anderson as the torturous Mr. Justice Richardson, who is perhaps the most underrated dimension of the film. 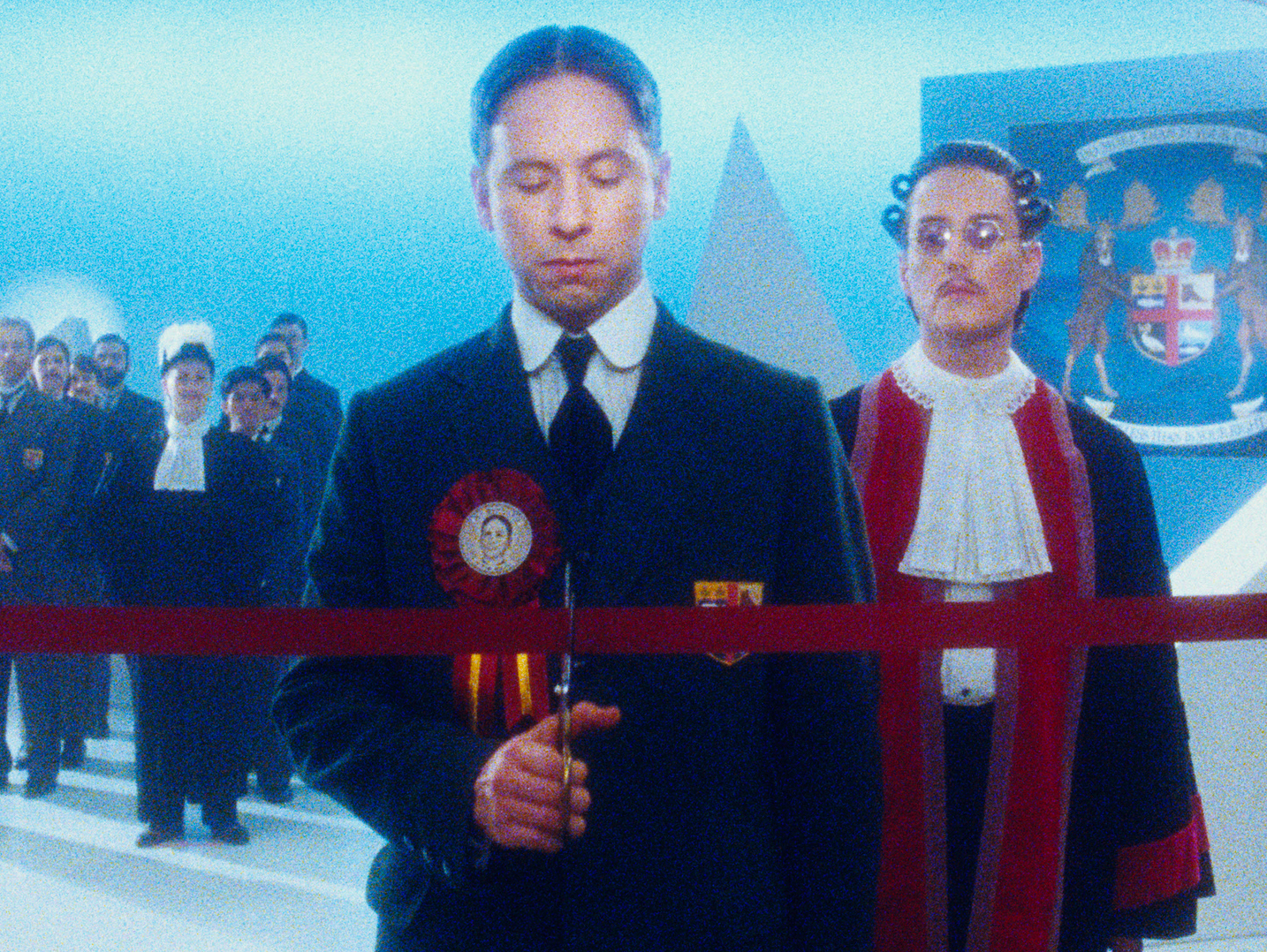 The animated, cartoonish production design and grainy camerawork with a stagey 1920s feel to it is the film’s key takeaway. It makes The Twentieth Century not only live up to its title but also achieve a method of unpretentious fun. Most of the celebrated films are either stylish with a structure of a substance, or a film with constructive ambition and with some noteworthy stylish moments (such as Bong Joon-Ho’s Okja and Parasite). The Twentieth Century, despite being an indie, gets to the middle path and gets it right in the most terrific, wild way possible. The delivery has devious energy within it and the cinematographer Vincent Biron gets that. Hilarious set-pieces compliment hilarious characters and all of it fabulously works.

These are, however, only insignificant issues with The Twentieth Century. It is a pure delight with cinematic storytelling that is at its strangest and most corrupt. It is a film that feels both alarming and classy at the same time. An unmissable oddball feast.

Wolfwalkers [2020] Review - Unleashing the wild side