Animation has been a medium of immeasurable possibilities. Anything can be animated. Anyone can be animated. In the realm of animation, you can put a series of coherent images, whether of art or puppets, and you can create a film out of it. You can put clay in a mold, carve a face, put some buttons for eyes, and make them move to have your story told. Immeasurable possibilities also require uncompromised devotion such that a particular vision can be realized. Animation overwhelms me. Experiments all the more. The Old Man Movie (Vanamehe film) (2020) wins my admiration for its unrestricted, unabashed nature which doesn’t care if it comes out to be repelling in certain instances.

Directed by duo Mikk Mägi and Oskar Lehemaa, The Old Man Movie is an adventure fantasy wherein a poultry farmer, accompanied by his two grandchildren from the city, goes in the search for his runaway cow. This town is a settlement of lactophiles who just wouldn’t start their day without milk. I am tempted to reveal a number of peculiar elements that are uproarious to no bounds known but that will compromise with your experience. In a seemingly conventional slasher-comic narrative, idiosyncrasy claims a significant space. Everyone is an idiot blinded by the need for milk or work – for a man’s gotta work. The film opens an entire dam of laughter as absurdity keeps accumulating.

It is, however, very unappetizing to sit through. Especially in the first quarter of the introduction to the characters and environment. You often wonder why the filmmakers made certain kinds of aesthetic choices when there’s nothing aesthetic about them. The animation disgusts in the initial phase and you take a while to get comfortable. Much of the credit goes to the hilarity the screenplay succumbs to. You forget structures when you laugh at the sequences. Another strange attribute of this film would be its all-male voice cast even extended to the animals. The cow moos adorably but only in the voice of a human. Masculine voices mimic the voice of women for a handful of female characters. These are a few of the things I have no answer for. They just contribute to the humor inherent to the film. 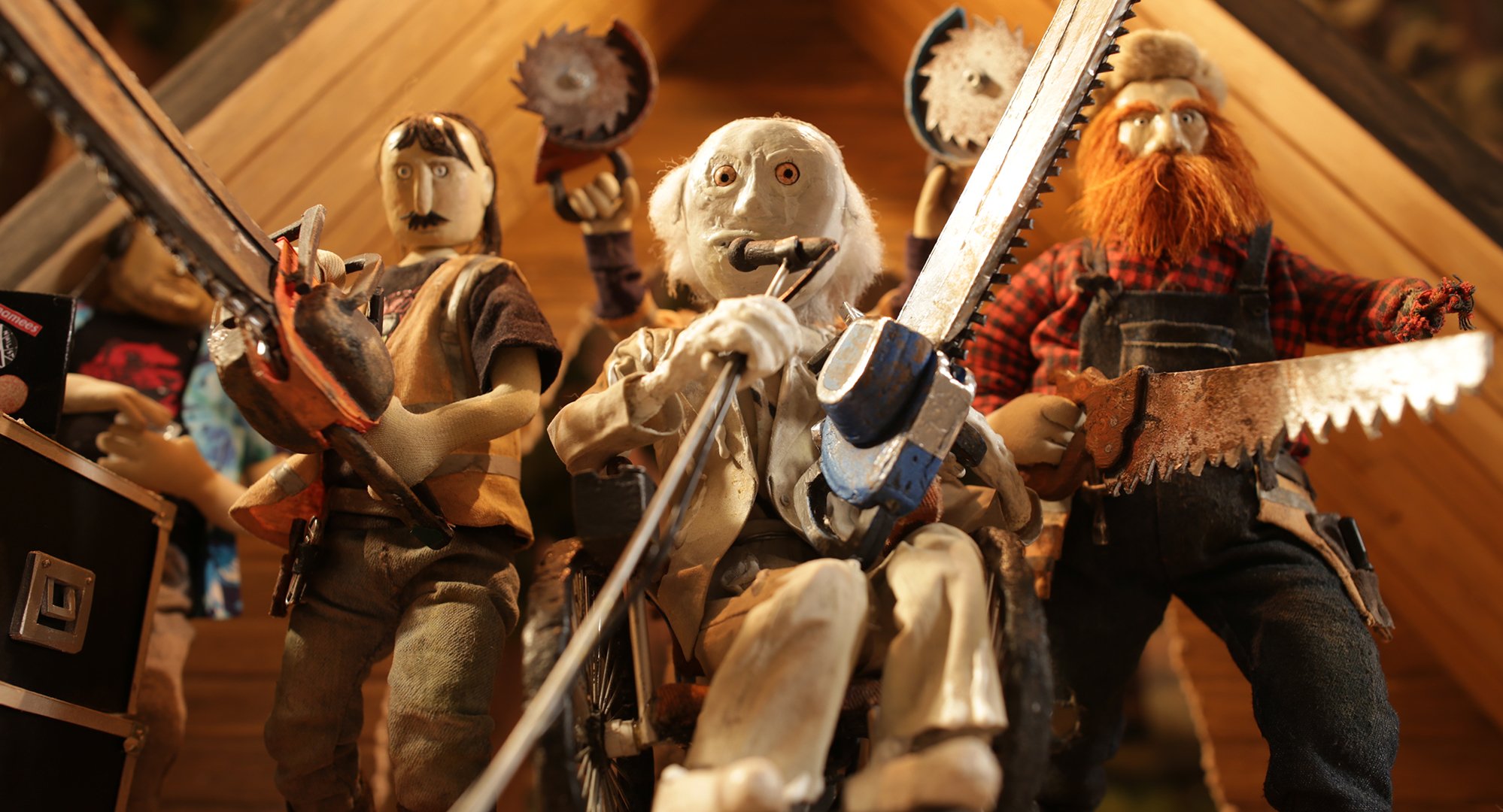 Even though the narrative is evenly paced, the first half feels longer as the second half goes berserk in the expedition. There is no lack of threat in the film. A white villain exists with his own set of substantial motivations. Our protagonists are the grandchildren of a drunkard who are intelligent enough to steer through the challenges.

There is a quiet critique of the diary industry woven in the film. This is something I read personally and has nothing to do with the claims of the makers or the experience of other viewers as they might not view it as such. It is not important for absurd comedy to have a hidden satire. The Old Man Movie has one, as much as my observation can be considered important. The diary industry is ruthless, so is the movie. It exaggerates rural propaganda to hint at the ideas that are exchanged within a community, only to make us think of the nature of capitalist industrial settlements. Animal cruelty is an ever-expanding concern that has not been mitigated with all the economic development we have acquired. The film takes a jibe at our hypocrisy and our continuous effort of appropriating things that serve our collective interest.

Also, Read – A Mermaid in Paris [2020]: ‘Fantasia’ Review – Somewhat fun but definitely all over the lace

The Old Man Movie has the capacity to turn you into a lactose-intolerant individual and hence, it is recommended that you watch it when you are not eating or drinking.