7 Important Urmila Matondkar Films That Has Helped Shape Hindi Cinema: Ever since Sushant Singh Rajput’s suicide hit national headlines, Bollywood has been ravaged with accusations and revelations. The shameful media trial against Rajput’s girlfriend and actress Rhea Chakraborty continued to create furor until she eventually got arrested, for her drug connection within the industry. Whereas most the other actors and stars have shamed the media for the witch-hunt and tweeted in favor of the estranged actress, one name has continued to resurface with every passing day, as a stark contrast.

That is actress Kangana Ranaut, who has made several attacks on the Bollywood industry, exposing the issues of nepotism and unspooling the links in which the drug nexus operates inside it. Be it in her interviews with a certain Arnab Goswami or through her statements in Twitter, Ranaut has been in a full-fledged accusatory mode, sparing none.

What has remained problematic though, is the expression of her opinion. Her political allegiance clear, whatever Ranaut says is vehemently accusatory and defaming. Her comment on the (1982) controversial Koffee with Karan episode that host Karan Johar is “the movie mafia” and “flag bearer of nepotism” pales in comparison to her recent accusations. She called Taapsee Pannu and Swara Bashkar as “B grade actresses” and “chaaploos (boot-licker) outsiders” when questioned why other actresses, who are not products of nepotism, have not raised their voices.

In the same interview, she described Alia Bhatt as a “chillar (cheap) actress” because she garnered all the awards for Best Actress for a “10 minutes role” in Zoya Akhtar’s Gully Boy (2019). When Jaya Bachchan made an opinion implying actors and actresses are downgrading the same industry that made them stars, she tweeted whether Bachchan would have the same opinion if her daughter (Sweta Bachchan-Nandi) would be drugged, beaten, and molested or her son (Abhishek Bachchan) would be found hanging akin to what Rajput had done to himself.

This comment, in particular, is outright horrible and simply unforgivable. Does one wonder who gave Ranaut the audacity to not only discredit an actor’s entire career but also defame an entire industry in itself? Ranaut went on to decode what she meant by the term and the reaction to it by tweeting, “Liberal brigade once virtually lynched a renowned writer into silence for saying people like Sunny Leone should not be our role models, Sunny is accepted by the industry and entire India as an artist, suddenly fake feminists equating being a porn star to something derogatory.” This reply is nothing but a clever manipulation intended to waive off the accusatory tone of her statement as if what Ranaut intended was to compliment Matondkar, not to degrade her.

So clearly, it does not make sense. Ranaut’s statement was meant to be an insult, and there’s no doubt about it. What is so utterly shameful is that a National award-winning actor and Padma Shri awardee would reach this low, to silence anybody who would dare to contradict her. It is a choice of extremism, of condemnation of free speech, and vehement opposition to any form of dialogue. Even if what Matondkar said was wrong (she called Ranaut the “rudali” of Bollywood for constantly attacking the film industry) Ranaut’s statement still stands neck-deep in disgust.

Now although what Kangana Ranaut said about Urmila Matondkar has generated a strong reaction, particularly concerning the patriarchal notions of what Matondkar’s artistry is still perceived, it remains inarguable that she was a fine actress of her era.

Here is a list of some of the important performances that truly showcased Urmila Matondkar’s mettle as an actress: 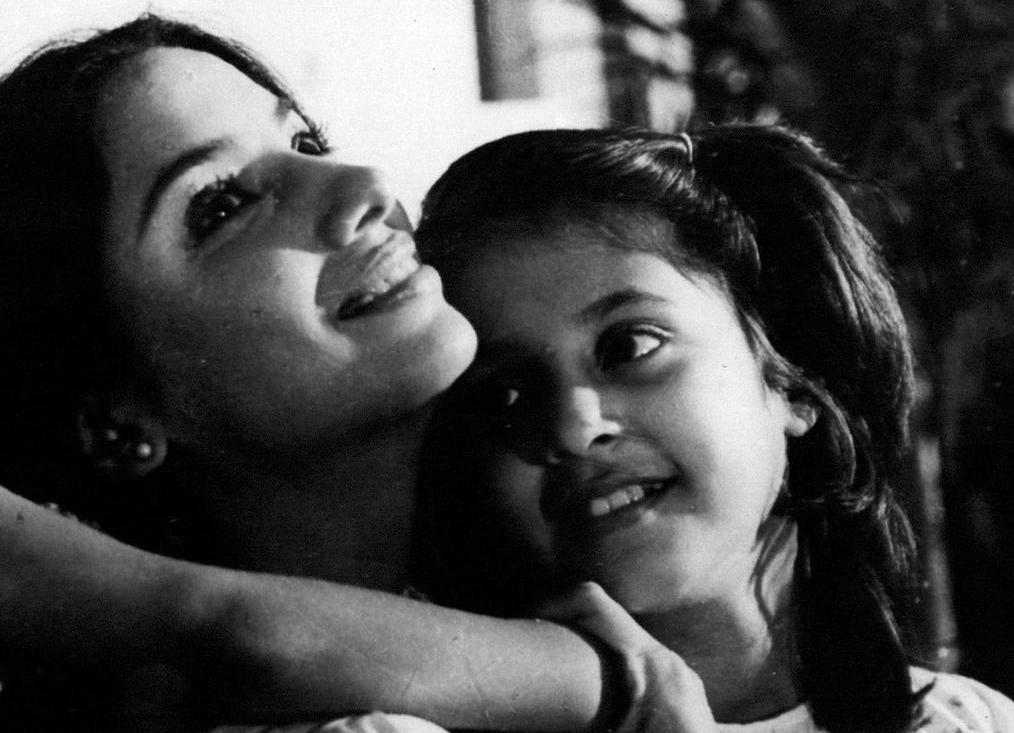 In Shekhar Kapur’s directorial debut, Matondkar was cast as a child artist. She essayed the role of Rinky, the first daughter of Naseeruddin Shah and Shabana Azmi. Even at such a tender age, she showed a rare screen presence and stole the show in every appearance she made onscreen as the loving child unaware of the secrets of her parents.

Masoom showed enough promise for Matondkar as a child actor who was capable of holding her own in the presence of industry stalwarts. Watch out for her in the song Lakdi ki Kathi, and how she sufficiently steals the show as a young girl capable of love and empathy. 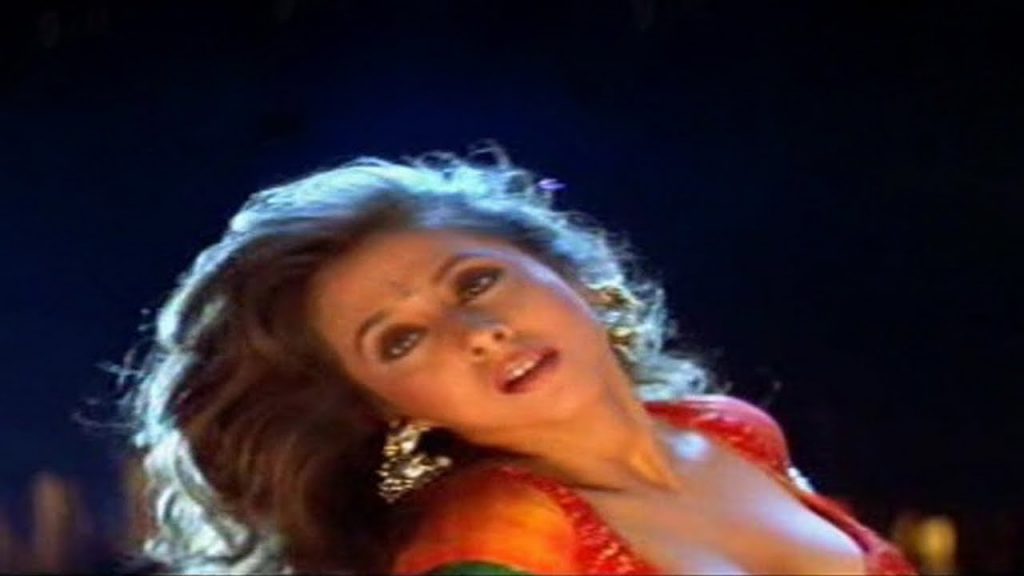 Matondkar shot to fame with Ram Gopal Verma’s Rangeela, becoming an overnight sensation. As the effervescent Mili Joshi caught in-between the love triangle of a childhood friend and a famous actor, Matondkar packed in a crackling performance, to create a full-bodied character unafraid and unapologetic of her actions. Even when the film had a problematic male gaze at certain points, Matondkar rose above the petty categorization and made the character her own, a specific woman of her age- not an everyday, predictable presence.

One still remembers the dignity and sensuality she brought into the A. R. Rahman composition “Tanha Tanha”, where even in skimpily clad costumes, Matondkar was in equal ways seductive and soulful- never vulgar. The song remains classic not just for the experimental composition or the sensual choreography, but mainly because of Matondkar, who infuses every step with a stamp of confidence and control. 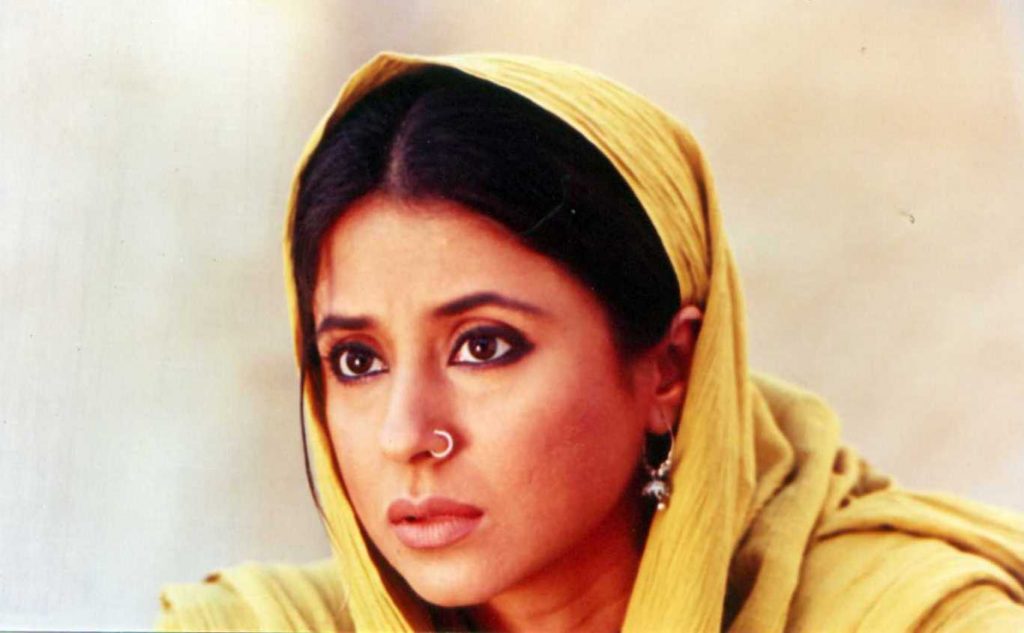 Although it was Manoj Bajpeyee who walked away with most of the film, Matondkar’s performance suffused the drama with considerable depth. As Puro, a Punjabi woman whose life is upturned as she is kidnapped, she gave a raw and matured turn, deeply moving in some of the key sequences when she is just required to react to the occurrences around her.

Related To Urmila Matondkar: Feminism And Its Eternal Affair With Filmmaking

The film went on to win the National Award for Best Feature Film on National Integration. Matondkar was also recognized with several nominations, thus further cementing her status as an actress unafraid to take on vastly different roles and play them with equal tenacity and spirit. 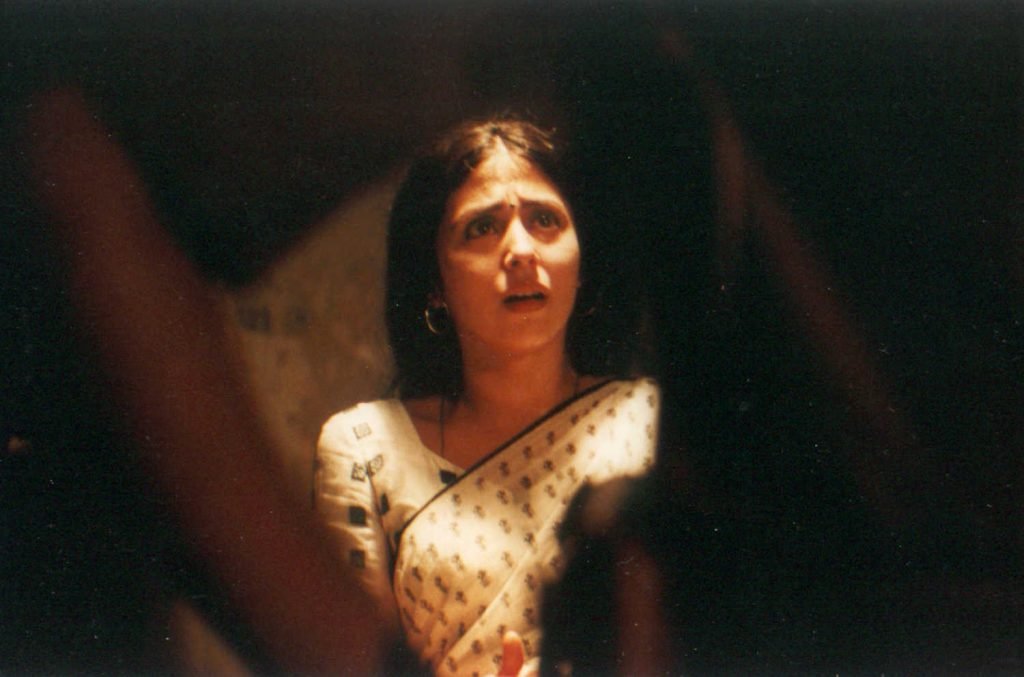 In his groundbreaking epic, Ram Gopal Verma cast Matondkar again, this time against type, as an innocent, young girl who falls in love with a gangster. As Vidya, the aspiring singer caught up with her family and her responsibilities, Matondkar was effortlessly charming and believable. She received a nomination for her performance in the Filmfare Awards.

As the narrative of the film evolves in leaps and bounds, Matondkar’s turn becomes undeniable support for the protagonist, draining out the chaotic energy of the film and infusing it with warmth and comfort. Her Vidya was a pleasure to behold, a necessary relief from the horrors of what the film dealt with such painful detail. It only showcased how versatile Matondkar was, easily changing gears from a go-getter in Rangeela to a more restrained Vidya here in Satya, without getting typecast. 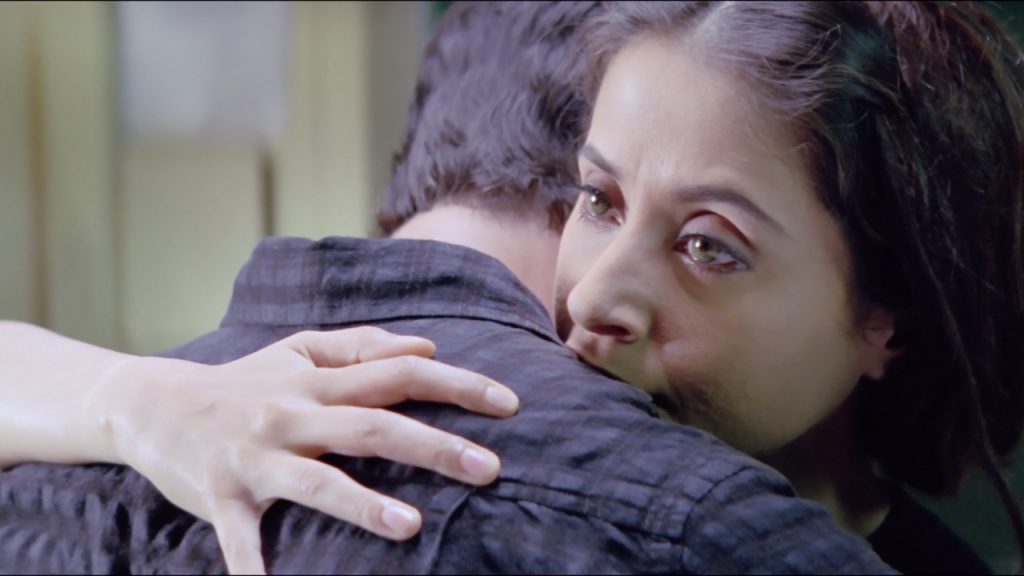 In Sriram Raghavan’s debut, Urmila Matondkar was Sarika, who falls for Saif Ali Khan’s Karan, a businessman who eventually frames her for a crime she never committed. It was an author-backed role, one against the stereotypical notions of Bollywood heroines, and Matondkar packed in a stunning performance. As her character undergoes a total transformation from innocent to vindictive and cold-blooded, we never lose grip of her actions and decisions.

The climax, still, remains an unforgettable experience, and all credit goes to Matondkar who is simply superb in accelerating pain and anger in the slightest of movements. This one was a performance for the ages, a truly daring and uninhibited personification of the loss in faith and love. Matondkar was universally praised and was subsequently nominated at the Filmfare Awards. 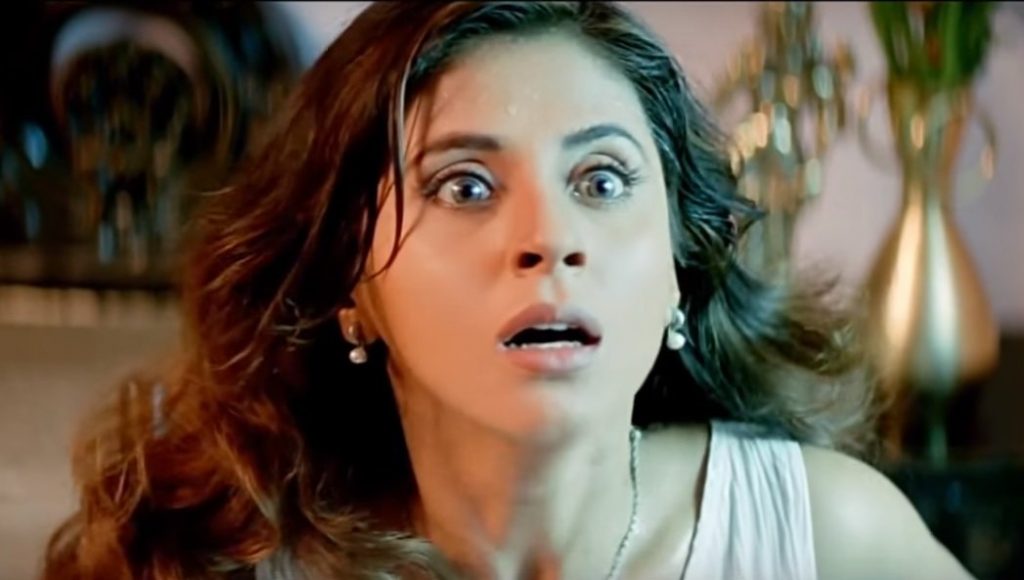 Having done fairly commercial films, Matondkar was cast in an unconventional thriller, titled Kaun. As a woman trapped inside her house, constantly traumatized by the events taking place beyond her reach, Matondkar was fascinating. Any other actress of lesser caliber would have made this role farcical, but in Matondkar’s able hands, it becomes a tightly knit chamber piece.

Even as we lose grip over the actions threatening to get her, she displayed a rare control over the character’s state of mind- and stood out as a performer at the top of her game. Far before a Radhika Apte emerged in Phobia, it was Matondkar in Kaun- a woman caught up within herself, unable to find an iota of sense in the world she inhabited. 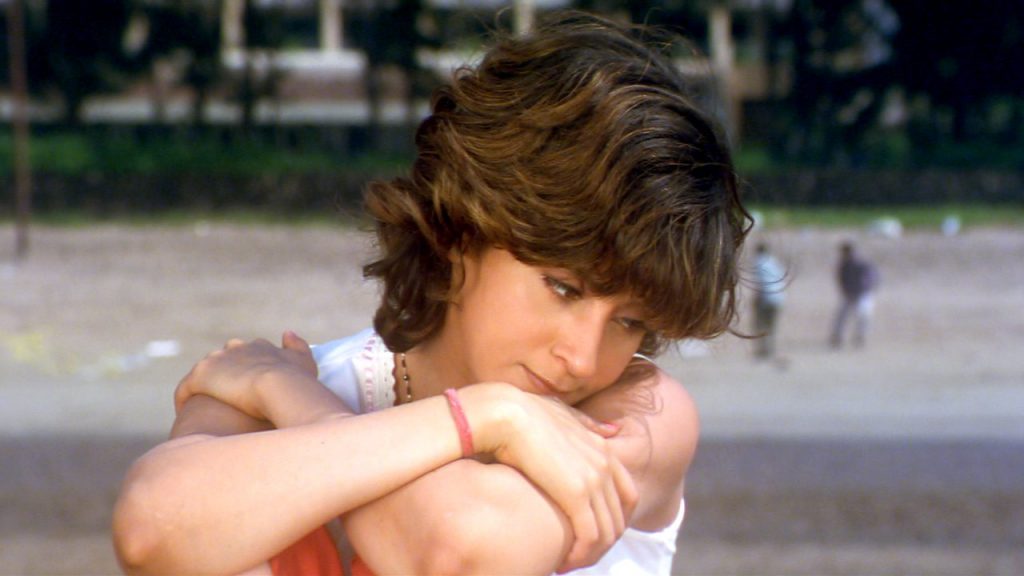 Matondkar won the Filmfare critics award for Best Actress for her role as Swati in Ram Gopal Verma’s ‘Bhoot’. She delivered a chilling portrait of a woman trapped inside a troubled spirit. Unafraid to look ghastly, and with no leading man to save or protect her, this was a far cry from the actresses of her era playing safe in romantic comedies and family dramas.

Even as Bollywood continues to butcher the genre of horror films ( take the atrocious and farcical Ghost Stories and Bhoot: The Haunted Ship, as respective examples), reducing it to a tropey mess, Bhoot remains as the exception. As Swati, Matondkar delivered a performance of a lifetime, unpredictable, scary, and thoroughly believable. Take note of how she modulates her voice and expresses the horror just through her eyes. This was a complete submission to the slightest of changes in a character’s embodiment, that could have easily turned into another mess if not for Matondkar’s brilliance.

No, Miss Ranaut, you did not define feminism through Queen, it was present considerably before you debuted in Bollywood, and you certainly defy the odds that makes one a feminist. By pulling down other fellow female actors and playing the victim card whenever necessary, you are simply making a weak case for what feminism stands for, and also for yourself- where almost all of your opinions and accusations boil up from a deep-seated fire of personal vendetta and insecurity. Considering she has more to say, who knows how far this will continue.?

One can only hope that Miss Ranaut finally lands an iota of doubt in realizing that whatever she says is not always right, that there is, always, the scope for self-introspection and change. That there is no harm in acknowledging one’s statements in retrospect to the harm inflicted by it. That eventually what matters is how we express our opinions and present them without debasing another individual. That more than anything else, there is always scope for improvement.

The Disciple [2020]: 'TIFF' Review – A deeply moving character drama about the arduous journey of a failed artist