Every Bong Joon-Ho Film Ranked: He was there in Tarantino’s top 20 list, he was there among Scorcese’s favorites, but the world and the Academy took many years to catch up. It was the world’s loss, and now that awards are finally being showered, it’s the privilege of the awards themselves. He’s done all sorts, and he has never foot a step wrong yet in building his carefully chosen but wonderfully constructed worlds. Film by film he moves on to new unbelievable heights, but his past always reassures us that something was always coming.

Now that Bong Joon-Ho is ever more widely known in the globe, how shall we rank his movies? Let us count the films, all seven of them. 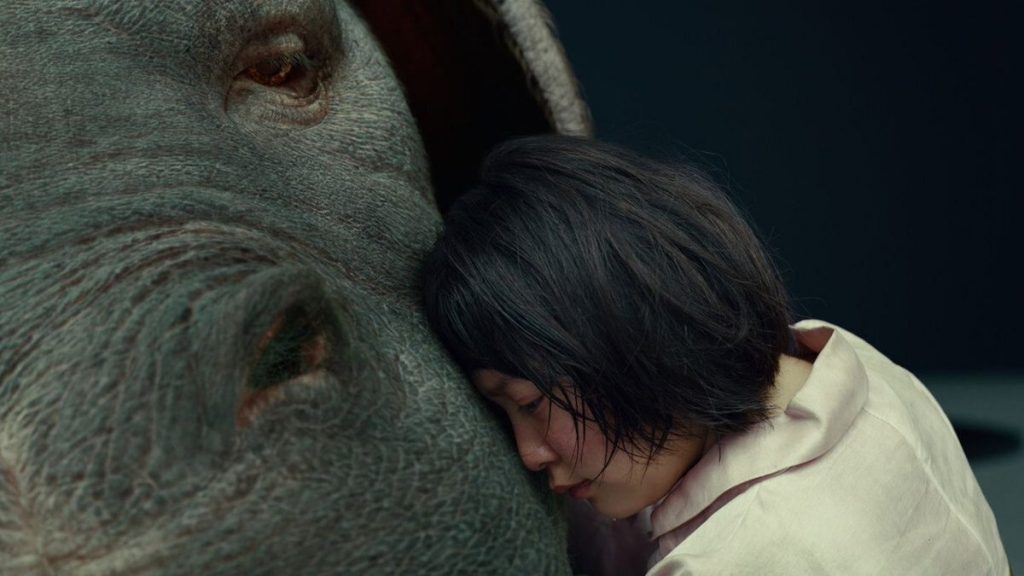 Bong Joon-Ho’s sixth film, co-written with Jon Ronson and featuring an eclectic cast of actors including Paul Dano and Tilda Swinton, is potentially the most surprising element in his filmography. From the theme of environmentalism, on which Bong has his unique take, to the heavy use of CGI and animation, it looked like the director was treading on fresh but uncertain ground. But all doubts were dispelled when the film showed up on Netflix to largely positive reviews.

Our Review of Bong Joon-Ho Film Okja (2017): A Remarkable Eco-Fable

Bong managed to handle the juggling act of all kinds of socio-political topics that the film explored, and deserves credit for doing so without sounding preachy and didactic in the least. Many genre films have perished this way, but not Okja. It may not have overwhelmed every fan of his and may fall behind the standards of his absolute best, but maybe it is a testament to his genius that even while beginning this list, we begin with a compelling film like Okja. 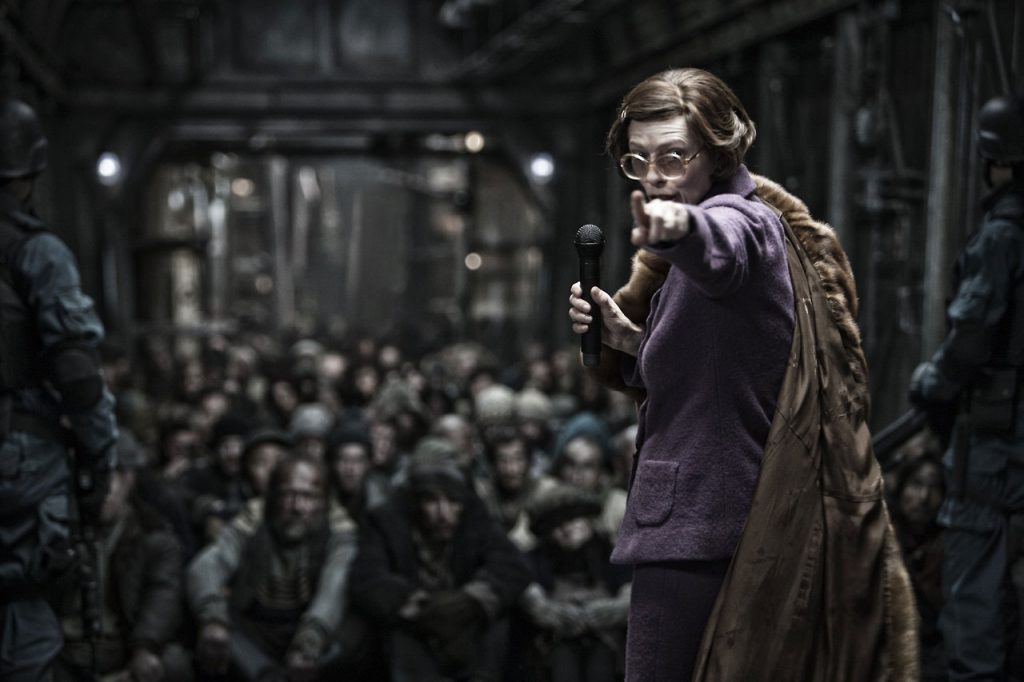 Adapted from the French post-apocalyptic graphic novel Le Transperceneige, Bong’s first English-language venture is an exercise in precise cinematography paired with a riveting premise – ‘a whole wide train’ that houses the last of humanity and circles a snow-covered globe.

If Parasite explored our contemporary, late-capitalist ethics through vertical emphasis – who climbs up and who goes down – the motion of morality in Snowpiercer happens through horizontal movement. The train becomes a zone of transitioning across left to right between different classes as Chris Evans, the reluctant leader of the lower classes who live in the nether end of the train, launches a violent campaign to rebel against the other sections of the train, some of which include the military, the middle class, and a rogue equivalent of the Yakuzas. The poor must move from the back end to the front, left to right, crossing many sections that begin to resemble dystopian, twisted mirror images of the way we live now.

As conceptually compelling as its themes are, Snowpiercer succeeds in building up a nail-biting thriller as well, with hair’s-breadth escapes, tight plotting, and visually emphatic panoramas of snowscapes that signal that global warming has left no species left out there. Particularly memorable for Tilda Swinton’s grotesque portrayal of a manic representative of the establishment, Snowpiercer will always remain proof of Bong’s deft hold over storytelling through complicating labels of ‘revolution’ and ‘class war’ long before the world knew him more widely. 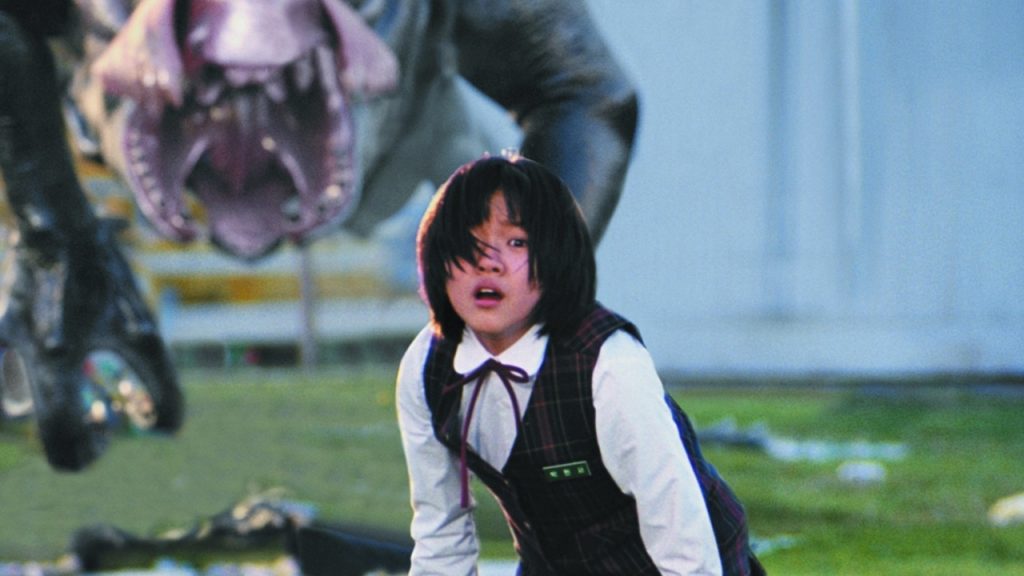 Welcome to Bong’s unique twist on the American monster-movie genre, where the viewer won’t have to wait an hour before seeing the monster, and it doesn’t appear as a swell in the sea, one afternoon as two men with fish-hooks look on. The film, especially its rollicking first-half, feels like Bong arm-twisted the genre and violently shook out all the cliches before infusing it with his own sensibilities. Song Kang-Ho returns as a loving but inept father who has lost his daughter to the under-water monster but must single-handedly battle governments, doctors, first before having a chance to save her.

It’s quite magical to see an endearing portrait of a close-knit family float up to the surface of disaster as the film progresses. You realize this is a disaster with a difference – you care about what happens to the characters, to the father, to the weak grandfather, to the sister who is also a national-level archer. The Host never forgets to deliver the goods of the genre amid all these subversions – the premise is promising, the plot never fizzles out, and a well-orchestrated plan that raises the stakes makes for a thrilling climax. The film promises to be an especially interesting watch in the times of corona, for the monster is viral, and there are quarantine scenes aplenty. 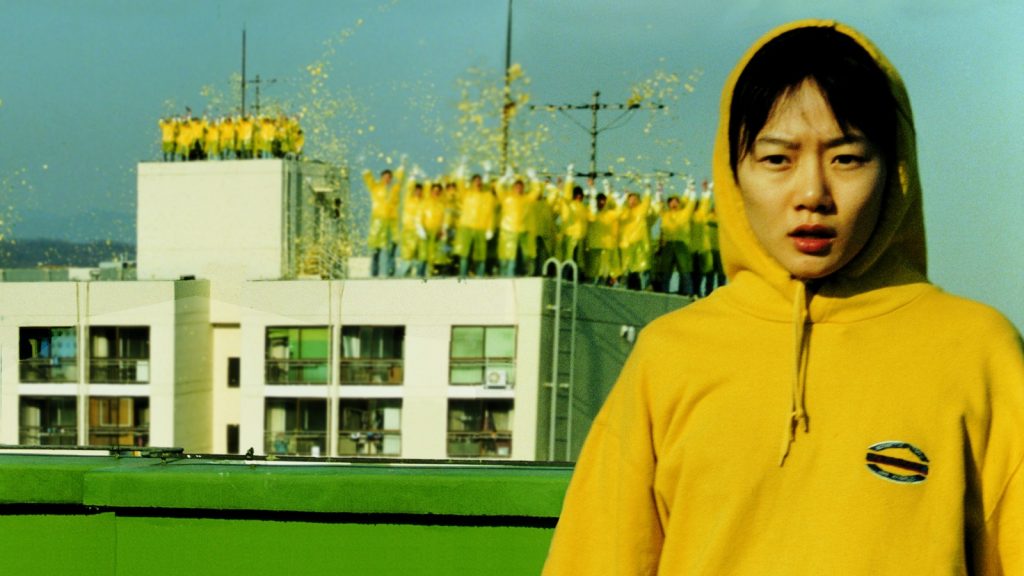 Surprise, surprise. Bong’s debut is incidentally what his fans might label as the least typical of him, and with good reason. Barking Dogs Never Bite seems often like a collaboration between Wong Kar-Wai and Edward Yang adapting a Haruki Murakami story. With its soft, pop-colored palette, wide cinematography featuring rooftops, corridors and identical multi-level buildings that make for sumptuous framing, and a sense of innocent mischievousness. Mostly considered as an off-the-cuff movie or even the first wobbly step in the experience of filmmaking, Bong’s first film is surprisingly mature and filled with youthful but deceptively well-rounded characters.

What signals the burgeoning originality of a filmmaker who would only improve is a genuinely Kafkaesque sense of humor that pervades the entire movie. The film, starting ever so innocently about an innocent professor with an innocent annoyance of dogs, morphs quickly into a tale of doubt and excessive human cruelty. One can notice the sudden shifts of tone and the giddy sense of terror that went on to become hallmarks in Bong’s best works, but here they are in their most bare and stripped form. Speckled with a great performance of childish delight by Bae Doona, the film makes for a unique blend of styles and has been painfully overshadowed. Fans of this director who are new to his work, relish this youthful mood piece. We may never get back this Bong Joon-Ho again. Here is my #4 in the list of every Bong Joon-Ho Film Ranked. 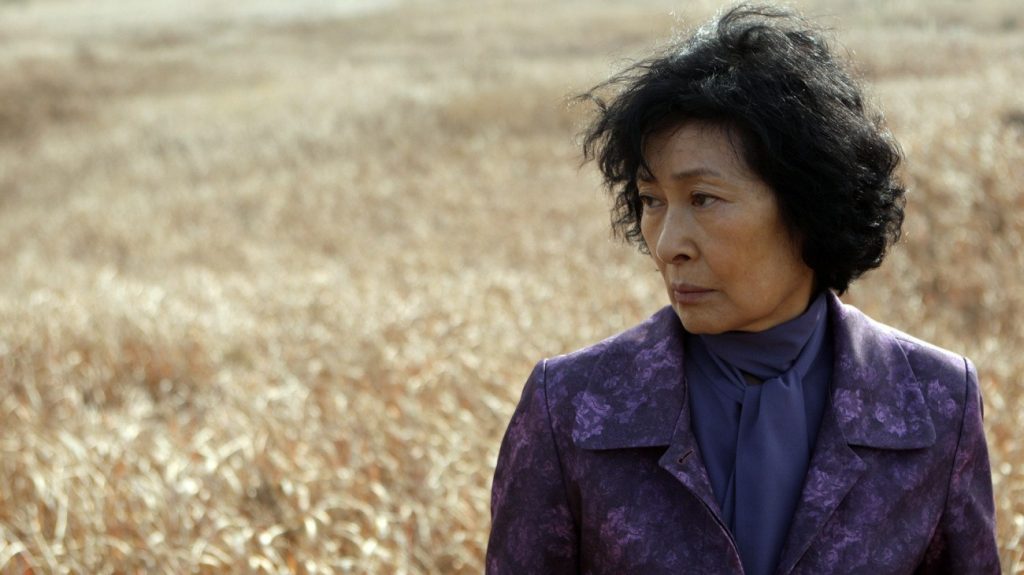 Something quietly gleams in Bong’s career, and it’s this film. A tautly strung murder mystery about a mother, her mentally challenged son, and a schoolgirl’s killing, Mother is, from the very first frame, changing quietly into a different movie underneath your mind and growing wings as a character study. Kim Hye-Ja’s magnificent portrayal of a mother who leads a meager existence in a silent countryside town but must turn detective when her son is conveniently accused of the murder carries the whole film through to its brutal end. The brilliantly suggestive countryside setting adds a sort of occult charm to the movie and tells you why this murder could have only happened there.

In the signature style of Bong, things keep simmering on the surface as we follow both mother and son on their way to unraveling the mystery, and we are led towards characters and situations that were unimaginable when the movie began so modestly until of course, unspeakable violence which was threatening to spill finally does. A movie far, far beyond the simple logical conclusion of its plotline, Mother shines in all of Bong’s filmography not only as a quintessential thriller with all its threads carefully crisscrossed but also possibly as the most nuanced interplay between a delightful cast of complex characters. 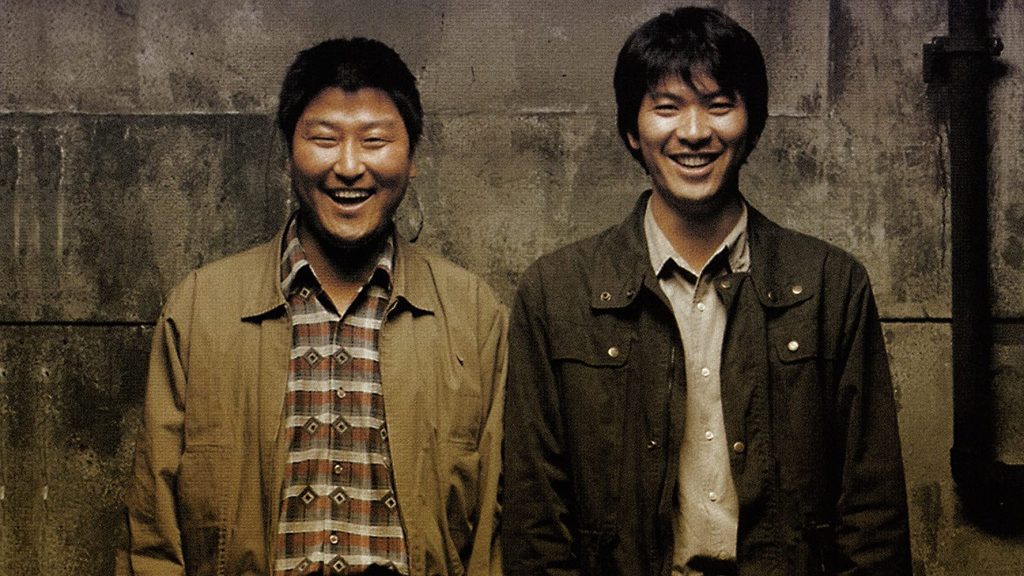 A police procedural par excellence, and coming far earlier than such a brilliant movie usually graces one’s career, Memories of Murder should be watched and re-watched for its excellent ensemble staging, long tracking shots and mysterious profile studies, and a tutorial in how to craft fiction frame by frame even when the story is a real-life event. Song Kang-Ho stars as an ineffectual and compromised cop in pursuit of one of the most notorious serial killers in Korean crime history, and how he and his police department chase a faceless, nameless killer.

Perhaps one of the film’s greatest achievements is to make us curious about the cops and their daily routines as we are about the identity of the culprit. We see the good-cop bad-cop routine, the redemption of the ones who did wrong, and chase sequences through dark landscapes and darkest nights, all the while never forgetting the particular essence of every cop’s character, their ethics, and attitudes, and most importantly, the contrast they display when working together as a team.

The countryside setting, with its potential for rumors, gossip, and twisted tales of demonic people lends a fabular quality to the plot – we feel we are always listening to stories within stories from people who knew other people, we shift from witness to witness, version to version. Bong tends to linger over the act of tale-telling itself – multiple sequences of people telling and fabricating as they go is a great act to watch as an audience. And as the film closes, we feel like an entire world has closed, with most of its secrets safe within itself, and we come out with only more stories. Here is my #2 in the list of every Bong Joon-Ho Film Ranked. 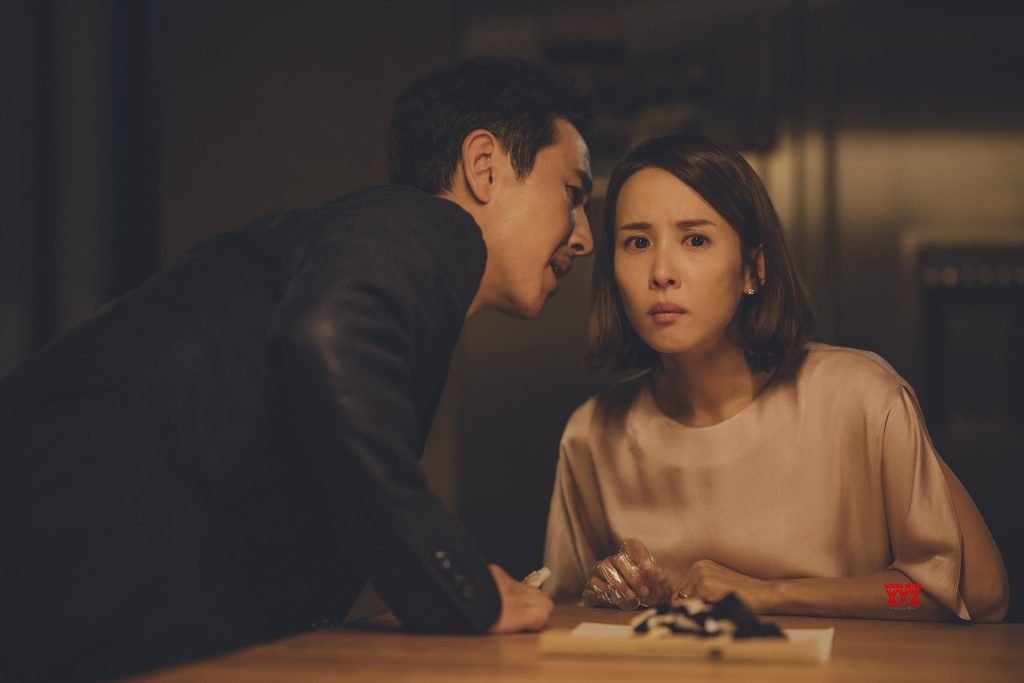 Parasite is the film that made new things happen – Oscars for a foreign film, global applause for Korean cinema, and a newfound audience for our beloved director. It was a neck-to-neck battle between Memories of Murder and Parasite at the top, but at the end, just the sheer scene-by-scene brilliance and tenacity ensured that it was in Parasite that Bong achieved a flawless command over his craft. Flooded with metaphors and montage sequences that would make Hitchcock jealous, and a tonal shift that made the film transcend any genre, Parasite possesses a visual grammar so astonishingly innovative that it is now impossible to think of any alternative way of telling the story it told.

Watching the film unfold is a delight akin to seeing blocks of lego falling from the air and compactly fitting together to make meaning – so tight is the script and the blocking in every scene’s architecture. Not a single frame is wasted in something peripheral, the smallest movement is a story unto itself and furthers the plot to lead to a crescendo of the conclusion that pulls no punches in attacking the way lives are led by the characters. “A tragedy without villains, a comedy without clowns”, quoth the director. The seven-minute montage sequence through which one family keeps conning the other is by itself such a brilliant piece of filmmaking that Parasite could probably bag the awards it did on the strength of those very few minutes. And it bags this top spot too. Long live the Bonghive.