I should point this out that for a film that wasn’t received well upon its release, “Marnie (1964)” has formulated a more worthy place now. Based on Winston Graham’s book, the film has two psychologically complex characters at its center. The titular character is, of course, a mystery. Both to the audience and to some extent to Hitchock himself. This provides her with an impenetrable place in the director’s vivid range of female characters. She is definitely not a damsel in distress – as she more than once points out. Nor is she a femme fatale as touch and compassion are regrettably her two ‘say no to’ traits. Her side of the mystery can be guessed by cine-goers of the present without further ado. However, it is still interesting to see how Hitchcock manages to instigate this self-proclaimed ‘sex-mystery’ with a laid-back look at the male gaze.

His other complex character is Mark Rutland (played by Sean Connery). He has a thing for taming wild animals. As he rudely points out as one of the conflicts in the film arises – his latest experiment is Marnie (Tippi Hedren). He wants to tame her into being his own. He finds a crooked way to instigate his ploy. Firstly, with his source – being a rich man with numerous clientele, he happens to get a trace of Marnie’s latest endeavor. Renewed and surprisingly a married woman with blonde hair now, she starts working at Mr. Strutt’s office. It is strange that her charisma and unchecked references often provide her with the comfort of deploying her strategies. Her first step is making sure she knows the safe-code that she can steal from. She is also a pathological liar and a woman who just wishes to get the comfort of her mother’s love. 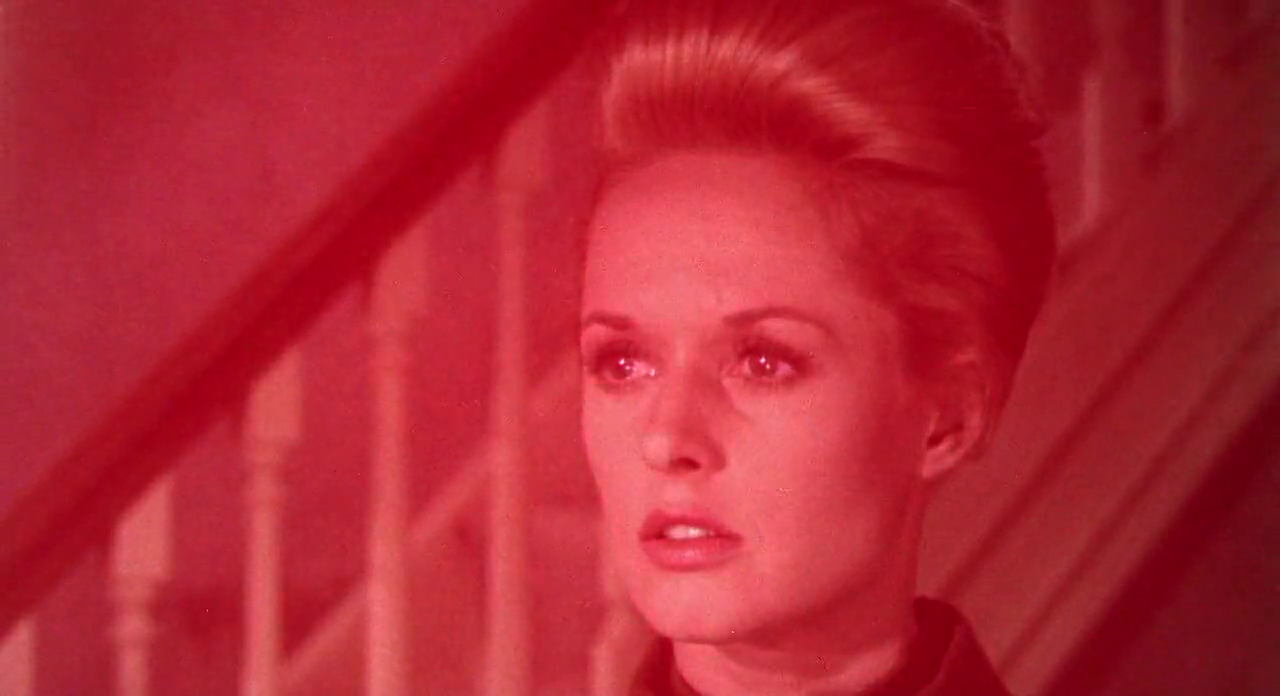 Secondly, Rutland catches the animal (in this case Marnie herself) in a strange fix. To save herself Marnie – a wounded, limping horse she has to face things that she has always run away from. Her past is a blur that – according to her hold no resemblance to her present. However, she doesn’t necessarily understand the reason for the trauma that she feels when certain triggers haunt the living hell out of her. She is forced to face her demon in the lure of Rutland’s experiment and has to marry into the rich world that is emptier than her existence. The complexity of Rutland’s character comes in here. Sure, he has manipulated Marnie and had it his way but he is also increasingly interested in the reason behind Marnie’s terrorized life. She is nebulous to touch – especially the touch of men who according to her mother are a veil, evil and dangerous species. There is also a great horror that reigns over her when she sees the color red in any shape or form. I mean, a small papercut can amp up her anxieties to uncontrollable highs.

Alfred Hitchock’s “Marnie (1964)” is full of uncomfortable scenes. It is essentially one of his darkest films to date. Wherein, it does hold a peculiarly mysterious crime as leverage to fish you into its web; but never tries to keep it as the only thing that is important. We are introduced to Marnie with a beautiful tracking shot of a woman holding a yellow purse up close to her body as she walks away in her high heels. You simply can’t tell from the conviction in her walk that she is deeply wounded from the inside. We all know Hitchock is the master of concealing. But, here, he doesn’t conceal much. We are aware that the woman is a thief. We are also aware that she conceives a new life for herself in every few months or so. What we don’t know is the reasons behind it. That is of course, until, she visits her mother.

She wants to shower her mother with gifts and money only expecting love in return. There’s a sense of jealousy that she feels when her mother’s love is diverted towards the neighborhood kid and not towards her. Her terror for the color red is seen here for the first time as well. In all it’s subsequent set pieces – including an elaborate wide-angle shot of a robbery and a horse-mishap that comes to standstill when the horse is ridden of its pain with a pistol, Hitchock procures Marnie’s pain as something that is real and should be taken care of. It is not a mystery as the director himself claims. It is a character drama that investigates post-traumatic stress disorder and how in the need of numbing its triggers people often lose sight of who they are. It is about a woman who wishes to own something for herself in order to make herself realize that she has an identity that isn’t defined by need. Even her birth was a mere exchange that her mother made for a piece of cloth she liked. 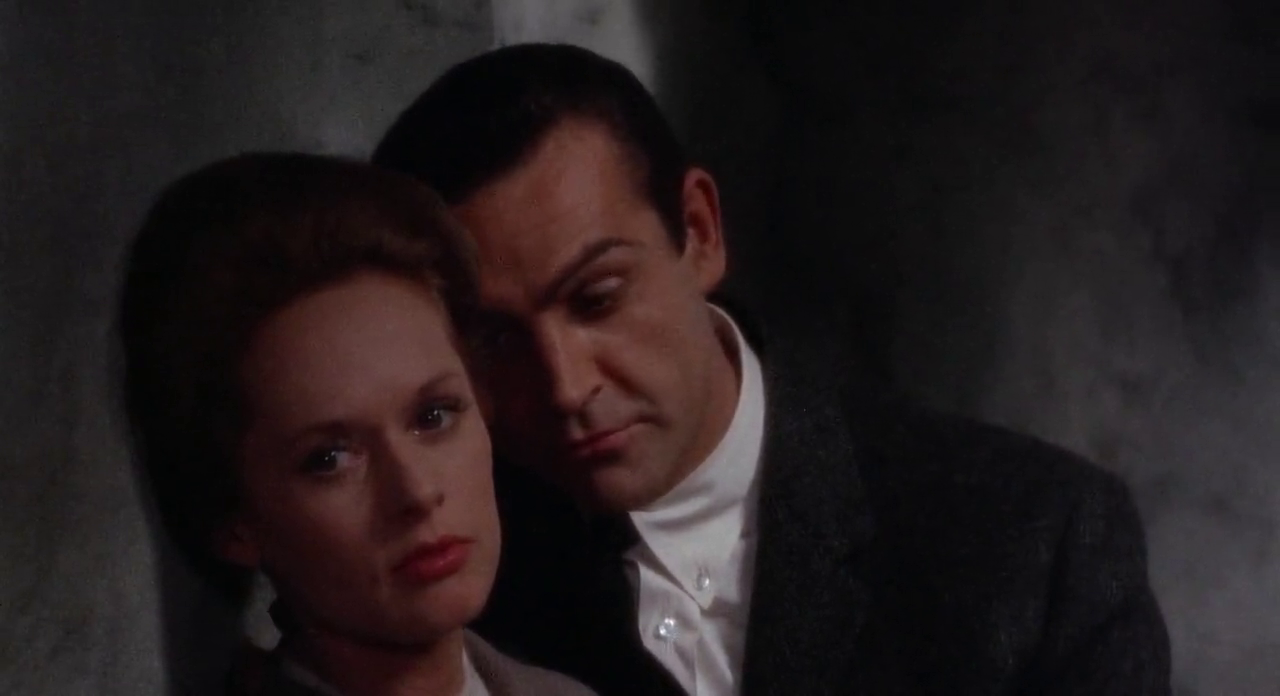 Mostly, Marnie aims to be away from men. We are slowly made aware that her trauma has to do with something that involves men. This is also the reason for her trying to be independent. Her reason to steal sprawls out from it too. She never wishes to be owned – that is until she loses her control over to Rutland. Rutland is a conniving little presence here. Hitchock plants him like one of his leading men – tall, dark, handsome and the right kind of swagger to lull you into believing that he is goody-good. However, he is a vicious jerk, a sexual-assaulter, a blackmailer and more-so a devil in plain sight. The director, on the other hand, paints him as someone who also has another side to him. As if counter-balancing the reason why one should relate to Marnie’s tryst even when she does bad things to people.

This is why “Marnie (1964)” as a motion picture sets a very interesting conjecture. Should it be dismissed for being overly repressive and downright immoral? Should one forgive the monstrosity of Rutland’s action because on paper or on film they seem rather romantic? I think the main thematical implication of Hitchock’s film is exactly that. The constant confusing morality of leaving the viewers take control as he himself hasn’t got it under his spell. It is clear that the director favors Ruthland’s behavior as an assaulter because in some way he sees himself in him. For a director who is known to be in complete control of his work, this seems to be the only example where the master of suspense leaves the viewer stranded to think for themselves. This is a tale of abuse and the men who cause it. More so, it is a tale of the confounding triggers and traumas that come and go just like these men who are – in a split second a composite replica of monsters and saviors.