Paul Dano is a name that you do not often associate with stardom. Despite his major success both commercially and critically, Dano’s reputation does not follow his celebrity status. The New York-born actor’s tendency to gravitate towards independent cinema took a break with the much-awaited ‘Batman’ film that was finally released to a great reception. His menacing performance is unlike anything you have seen him in. Dano plays “The Riddler” like few have before him. Beyond ‘The Batman’, Dano has a gamut of impressive performances and films under his belt. This article lists some of his best works to date. Be sure to leave your suggestions of his best performances. Happy reading! 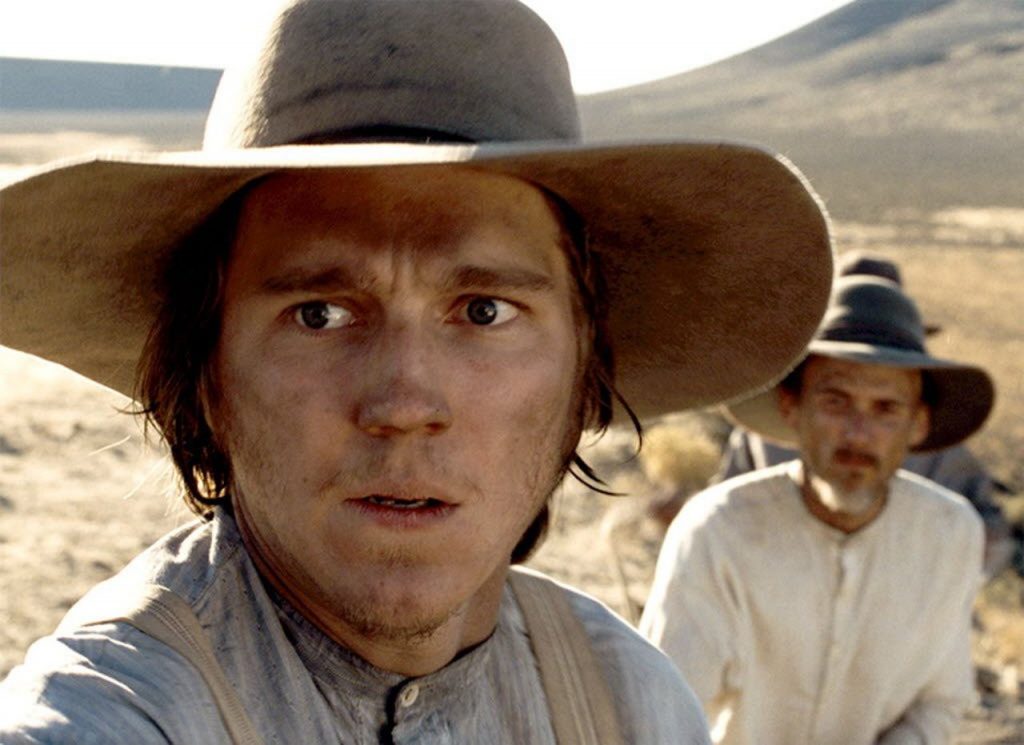 Kelly Reichhardt’s journey of western terror is a frightening and tense experience. Even more so due to the fact that the events are based on something that happened in reality. Imagine someone going through what the characters in the film did! I have goosebumps just thinking about it. The minimalist setting sets ‘Meek’s Cutoff’ on a path of psychological warfare. Calling the film one would not be too much of a long shot.

The fascinating spectrum of feelings and emotions in the palette is brought to life in a chaotic fashion that can be both enthralling and annoying for different people. Dano’s brief presence on the screen as Thomas Gately brings the feeling of paranoia into the mix. For most parts, it seems like nothing happens. Reichardt’s comments as to this apparent inaction clear the air about how high her conviction was in the project.

She leads us nowhere, as viewers, just as Meek does his travelers. The palpable emotion is tangible and felt in real-time by us. Like most Dano films, ‘Meek’s Cutoff’ is not for everyone. It certainly isn’t for those who do not like to come to their own assertions about things they see on screen. Bong Joon-ho’s genius satire will definitely be remembered by posterity as an eye-opener. Who knows, we might actually get to see super pigs, results of ruthless and indifferent scientific experiments, and human cruelty? As for ‘Okja’, the unyielding world has slim hopes for redemption. The film is an emotional roller coaster that celebrates an innocent relationship between a small child and an animal. Various sub-narratives revolving around activism and corporate greed dilute the effect of ‘Okja’s core conceit to a certain extent but not to render it completely ineffective. In fact, the activism chapter brings to light Dano’s character Jay, whose sole mission in life is to work toward saving animals. He embodies the modern consciousness of a changing world that does not disregard the rights of those who cannot speak. 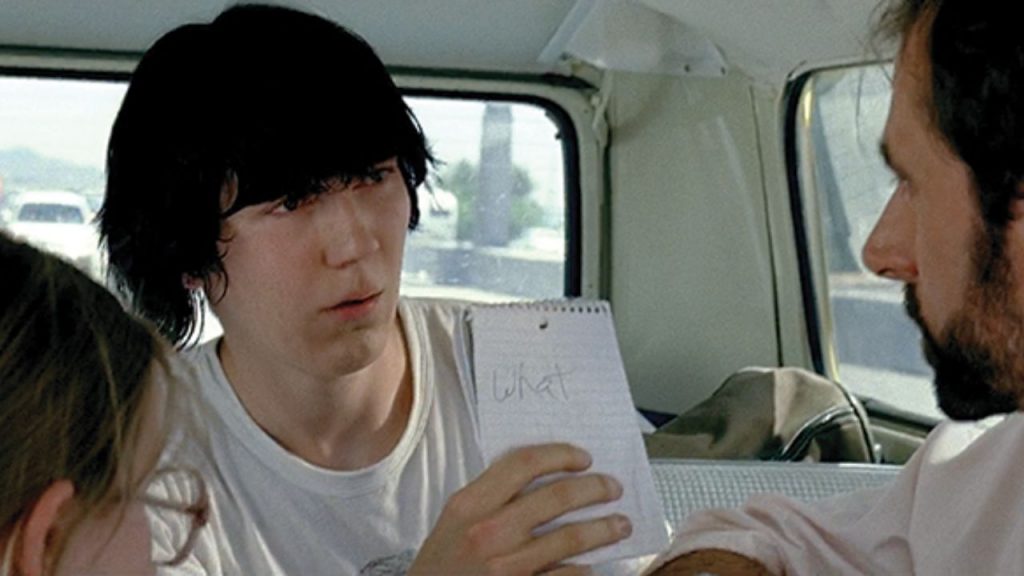 The road/comedy film has now gained the status of a classic. The cast features future stars like Steve Carrell, Toni Collette, and Abigal Bresnan along with Dano. The reason why Little Miss Sunshine is so endearing is because of its dysfunctionality. Not many films before it could nail the family trope to not be somber and melancholic, but full of zest and expansive. Dano does not have much dialogue owing to his peculiar characterization. He plays Dwayne, a reserved teenager who has taken a vow of silence till he accomplishes his dream of becoming a fighter pilot. Once he discovers that he is color blind and can no longer become one, he loses hope in life.

The oddball family’s adorable story on screen is a cherished memory of mine. As part of such a talented ensemble, Dano stands out in his honesty and sincerity. He shows glimpses of the kind of artist he is going to be subsequently. Dano blends the feisty, rebellious spirit of youth with its dazed and confused state of mind to create a memorable character on screen. 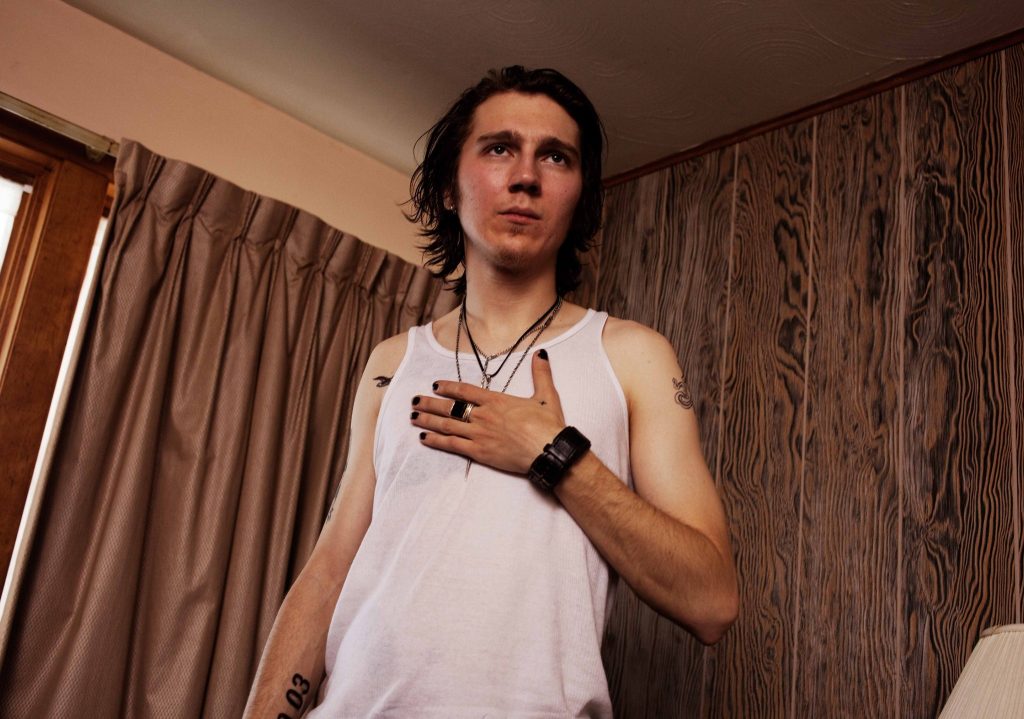 So Yong Kim’s ‘For Ellen’ is a tough watch to sit through. Its unconventional story structure and meditative tone might not make it readily accessible for the masses, but bring out the best from its cast. Dano is at the helm of things, playing Joby Taylor. Joby’s circumstances are tough and his soul is that of a true artist. This in itself is a dangerous combination and Yong is sentiently aware of it. His stubbornness to be precise with using Joby’s inner turmoil has mixed results. Dano, though, singularly flourishes under his rich direction. The challenging role demanded from the actor to do something many actors run away from. Seeing him execute in the final product is joy abound for purists. ‘For Ellen’ is one of those films that has standard material but becomes a classic film on the back of great performances. Dano’s is definitely one of those. 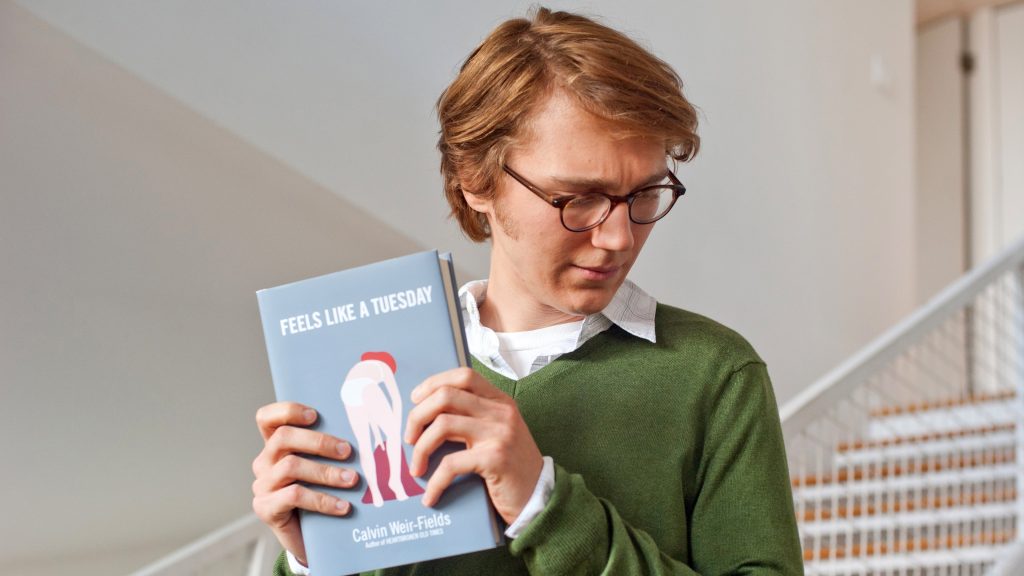 The Zoe Kazan and Paul Dano duo are as talented on-screen, as adorable they are off it. The partners in crime create an impressive melody of anxiety, laughter, and freedom in this 2012 dramedy. ‘Ruby Sparks’ is not your ordinary existential mouthpiece about an artist struggling to rediscover himself. It is hardly grounded in reality like ‘After the Storm’ or as high as a kite on surrealism like ‘Adaptation’. The unconventional contours of its cinematic universe give the couple ample opportunity to discover infectious chemistry that is abundantly filled with beautiful and quiet, and kinetic moments of joy. The solemn features of Dano’s Calvin do not stop him from filling the tortured writer with enough compassion to be memorable. His seriousness finds a friendly tone that puts the viewer at ease and somewhat in the midst of a dilemma. You will find yourself barely managing to split the two when you see the film!

Related to Paul Dano: The 25 Best Movies about Writers Riddler’s character is a composite of many characters Dano has played before. Most feature on this list itself. Although he is a comic book character, Riddler’s exposition in light of his graphic narrative is worth exploring. ‘The Batman’ provides Dano an opportunity to attempt to do with Riddler what Heath Ledger did with Joker. His portrayal in the film is kept simple with more focus on his odds with Wayne. Dano instills Riddler with the anger that has proliferated over the course of so many years. There is an instant impression of suffering and great depth whenever you see Dano on screen. Riddler’s mix of emotions also has an overbearing footprint of jealousy and a sense of injustice. His motivations are similar to that of another villain from last years ‘No Time to Die’. While Malek’s execution was inconsistent and messy, Dano’s is more refined and severe. There is fear in your hearts when he sings “Ave Maria” in the jail cell. ‘The Batman’ has certainly got one of the best villains of all time in the many films based on the character’s comic books.

Related to Paul Dano: All Batman Movies Ranked From Worst to Best 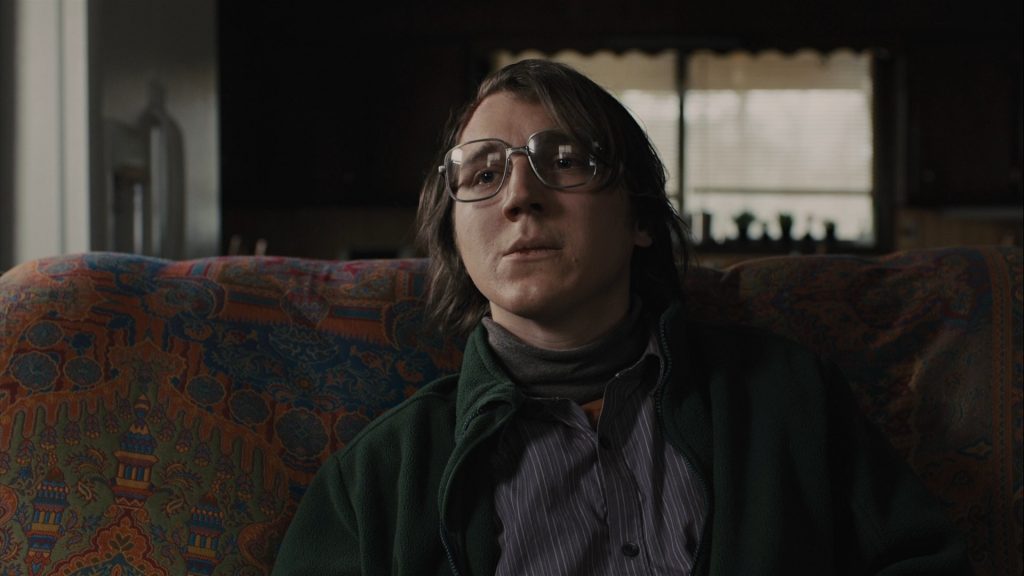 Dano really showed variety and range when he played Alex Jones in ‘Prisoners’. The terrifying display is some of the finest acting performances of the last decade. The entire bathroom scene with Hugh Jackman and Terrence Howard’s characters will send chills down your spine. Director Denis Villeneuve uses Dano’s Alex as a veil to his true intentions. His smokescreen for the viewer only starts making sense as the core mystery of the film unravels. It is hard to classify what exactly Alex is supposed to stand for until the reveal in the end. With that information, Dano revels in capturing Alex’s desperation and innocence beyond his description on paper. ‘Prisoners’ shows what a true genius Dano is, carving an incredibly human and delectably tense character study despite the limited screen time. 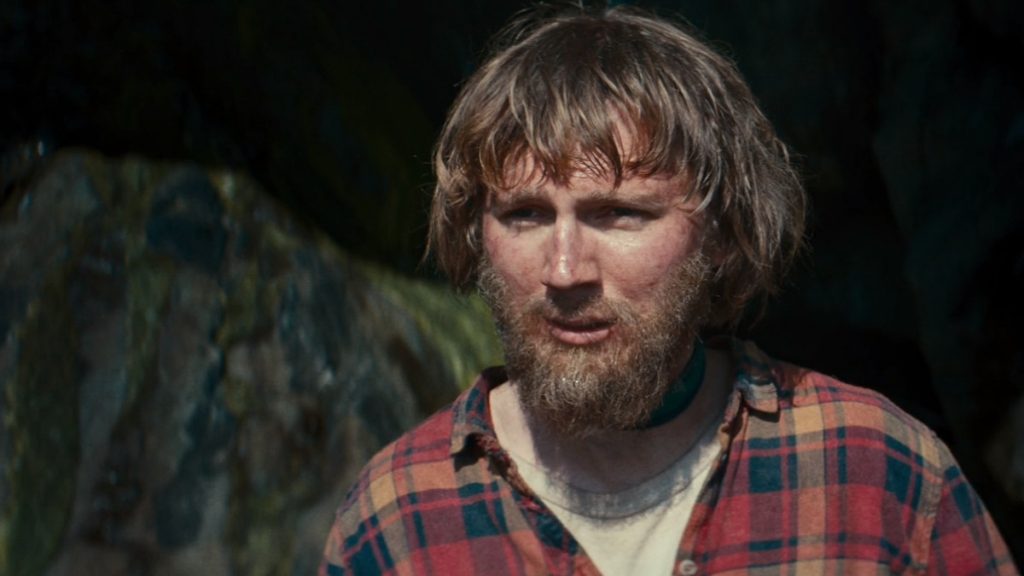 ‘Swiss Army Man’ is unlike anything else on the market. This film redefines norms by offering a multifaceted plot concept that is not only authentic but also rich in depth. Paul Dano and Daniel Radcliffe star as two men who meet on the verge of death. Former, about to die, latter, already dead (or is he?). The bond forged through this weird coincidence only grows stronger as the movie progresses.

Things do not seem to match up in reality to their appearances. Because the story is told from the point of view of Dano’s character Hank, the setting and everything that happens within the space remain ambiguous and open to interpretation. One thing that the film is not uncertain about is getting laughs from viewers.

Right from the first scene where Hank rides a flatulent Manny (Radcliffe) like a jet-ski using the gases so released, to Hank explaining appropriate social behavior to Manny. Dano is wonderous and revolutionary as Hank. The genuineness in his performance is reflected in his interactions with an inanimate Radcliffe. Besides the point that Dano did the entire film with a straight face, which, in itself is a big achievement, he carries the film on his shoulders. His anchoring support grounds ‘Swiss Army Man’ with an inexplicable premise that does not seem too unfamiliar as it unravels.

After several light-hearted and absurd scenes, ‘Swiss Army Man’ ends on a jarring note, turning into the tragic reality it portrays. I believe Hank still described it from how he wanted it to go in the last scene, which basically offset the dialogue on mental illness and abandonment. But there is an urgent need for the same, especially in the context of the film. Swiss Amry Man is a liberating experience, one that is seldom encountered in mainstream cinema. Its absurdity in conception is only matched by the generosity of its execution. ‘Love & Mercy’ is an autobiographical film based on the life of Brian Wilson, the co-founder of “Beach Boys”, the music band. Dano plays Wilson with great intensity and sensitivity. While a lot of parts of the film are fictional, it remains true to the essence of the great man. ‘Love & Mercy’ is not purely a musical nor completely focused on glorifying Wilson’s life. It lies somewhere in between, vacillating beautifully as it does. Dano’s performance is instilled with warmth and an eagerness to represent Wilson’s life not as excessive photographs or flashes, but as a memoir of Wilson’s spirit. The completeness of his performances truly elevates the film to a status higher than it would have been without him. 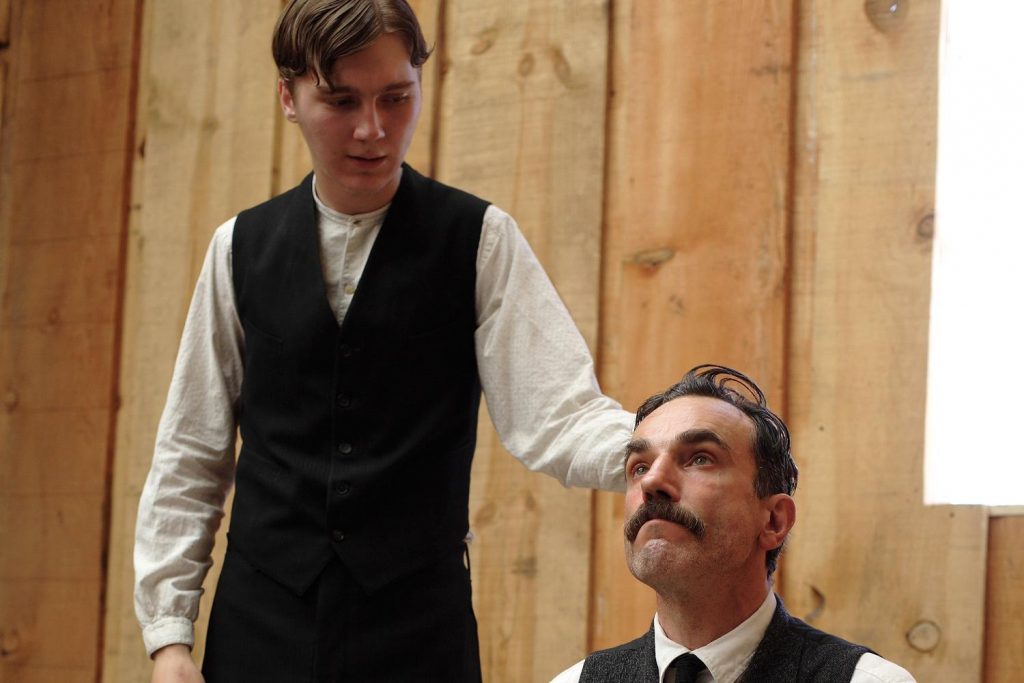 What more can be said about this film that hasn’t already been said? The 21st century’s magnum opus is a work of art from Paul Thomas Anderson’s mad genius. Featuring one of the most iconic performances in modern cinema, the film also includes scintillating work from Daniel Day-Lewis. Jokes apart, Paul Dano’s fierce performance hardly gets the credit it deserves. Although timid in comparison, Dano finds his own exquisite language of expression for Eli Sunday’s character. Anderson pits the two men of different faiths and ideologies against each other. The clashing of the two is a game of high stakes, with the latter coming out like a “sore” loser in the end. Playing Eli from paper required a completely different actor than Dano. The screenplay imagines him to be a deceitful, yet intimidating contemporary of Plainview.

But Dano plays Eli to his strengths, adding a more believable sheath of reason and sanguinity to him. His calmness combines well with Plainview’s chaotic spontaneity. The relentless of Day-Lewis as Plainview does not outdo Dano’s more measured Eli. Appearances are fascinating metrics to compare the two characters. They win the approval of others in different ways and eventually reach their destinations with varied results. Dano’s most compelling performance might have been the sole focus of commentators and observers if not for one of the greatest performances by any male lead in any film.

The Daughter [2022] 'MAMI' Review: A Chilling, Powerful Portrait of Death and Closure in Modern Socio-political landscape