Movies about writers are not a common occurrence in cinema. There are only a few filmmakers that have ever been able to capture the cinematic feeling of having to struggle on one’s desk with a pen and paper. Most of them have also complained about the fact that some written texts can never be put to screen. However, when it comes to people writing those texts a few enigmatic filmmakers have managed to portray the zeal, struggle, and eventual relapse of a writer’s life while doing what they love best – write. Movies about writers also have a tendency to overstay their welcome when the complete focus becomes about writing. But a few great films like the ones mentioned on this list manage to balance the cinematic feeling of telling a story – mixing thematic elements to dwell on words:

Spike Jonze’s Adaptation is no ordinary movie. It can both serve as the greatest fear and biggest achievement of a writer. It’s like what they say – You can’t write or adapt something, but you can’t do it without putting yourself or a part of yourself into it. Charlie Kaufman tears the centerpiece of Susan Orlean’s book about flowers and makes it an about the struggles of a screenwriter. In one of the grandest scripts ever written, we dive into the saddest parts of human nature with incomprehensible wit and Kaufman humor.

Thought writing is not really the crux of this continuing romance, Jesse being a writer brings newer, fresher, crispier and more mature insights into the midlife romance that is at the center of Richard Linklater’s 2nd part of the Before Trilogy.  Carried handsomely together by a very real interaction between the two leads (Julie Delpy & Ethane Hawke wrote the screenplay too), Before Sunset can be instigated as the midlife romance of a writer’s life.

Similar to Movies About Writers – BEFORE MIDNIGHT [2013] REVIEW: MATURE, POIGNANT AND SIMPLY HEARTBREAKING 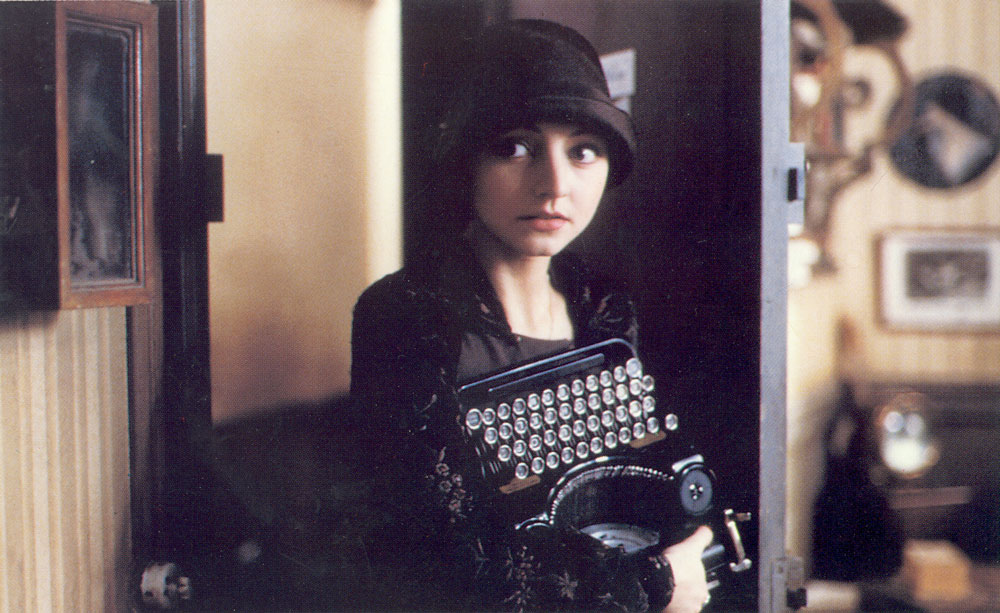 Midnight In Paris is a charmer. It’s a smart and witty literary fantasy that presents dollops of nostalgia in a Woody Allen-esque realm. Perceived as a tribute to the city of love, Woody Allen‘s film is about a writer struggling to procure his own-big romance on paper.

Billy Wilder’s Sunset Boulevard is arguably one of the greatest films made about Hollywood. Recollection the life of an aging actor, the film revolves around a struggling writer who finds himself in a cross when he stumbles into Nora Desmond’s home with a chance to redeem his life. 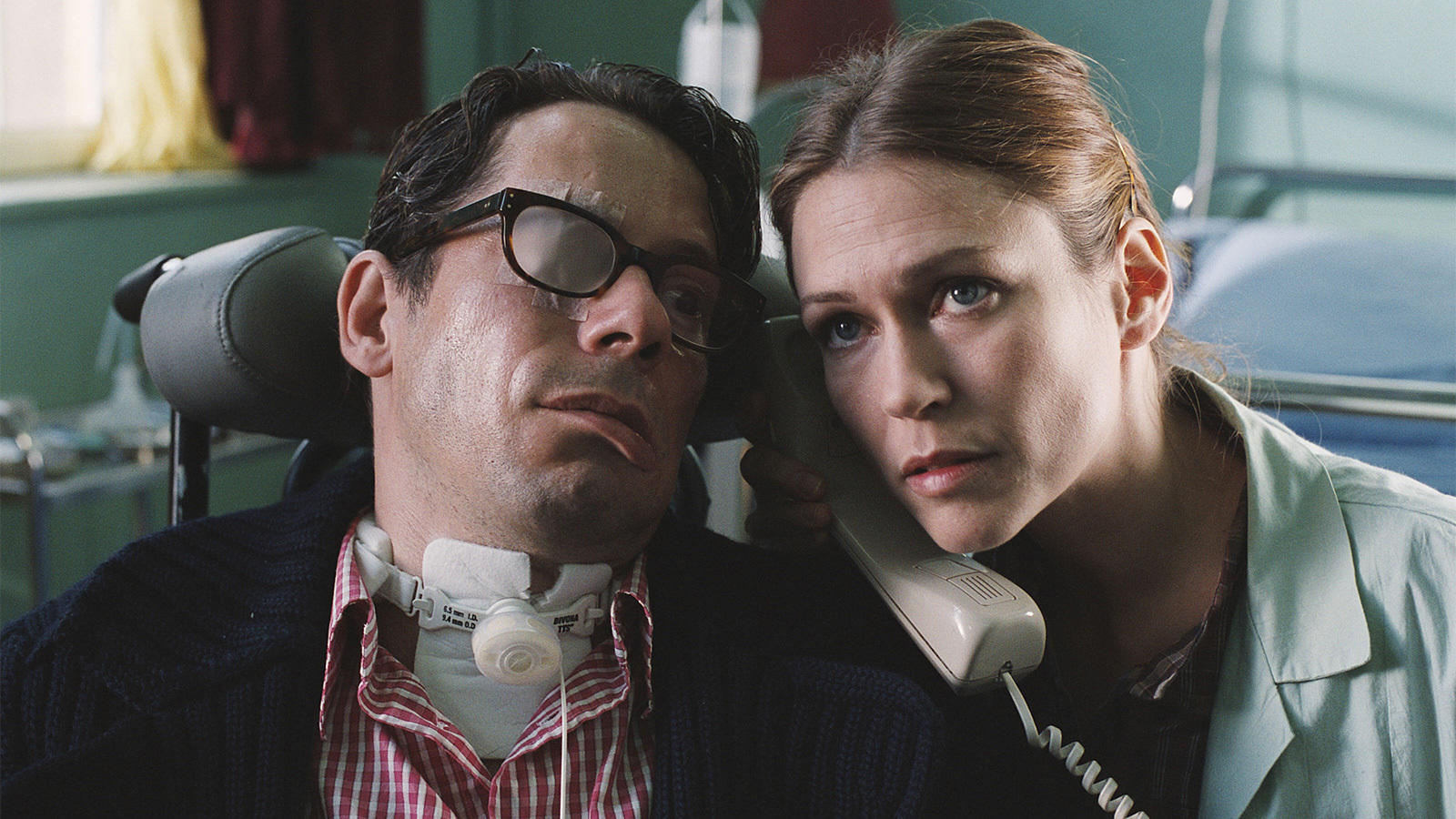 In Julian Schnabel’s The Diving Bell and the Butterfly a journalist suffers from a severe stroke to end up with locked-in syndrome. The film chronicles the life of a writer coping up with these unexpected circumstances with the only thing he knows best – Imagination.

Drawing parallels between artistic integrity and smugness, the Coen Brothers’ Barton Fink is one of their most haunting films till date. Sold as a film about a writer’s block, this John Turturro star-making turn won all major award at the then year’ Cannes film festival. Filled with dollops of dark humor and absolutely cracking screenplay writing, Barton Fink is one of the greatest movies about writers, period.

Related to Movies About Writers – A Serious Man [2009]: Facing the Elusive, Malevolent Unknown

Weird is not an accomplished enough word to describe David Cronenberg’s Naked Lunch. In a dreamy, surrealistic fantasy, Cronenberg tears down Burroughs’ book to replicate an edge investigation of addiction and control. In doing so, he also questions how a writer needs to erase all kind of rational thought before he could start again. Note that this is one of those movies about writers where a typewriter turns into a beetle and kills another typewriter.

Powered by one of the greatest central performance from the late Philip Seymour Hoffman, Bennett Miller’s Capote successfully blurs the line between a writer’s obligation to art and the society at large. It’s about a final dilemma to question the truth or fight it.

Jane Campion’s 1990 instant classic chronicled the life of Janet Frame – A woman author with an unbreakable spirit. A biopic like no other, An Angel at the Table showed how storytelling and the entirety of the creative process have the ability to heal people. 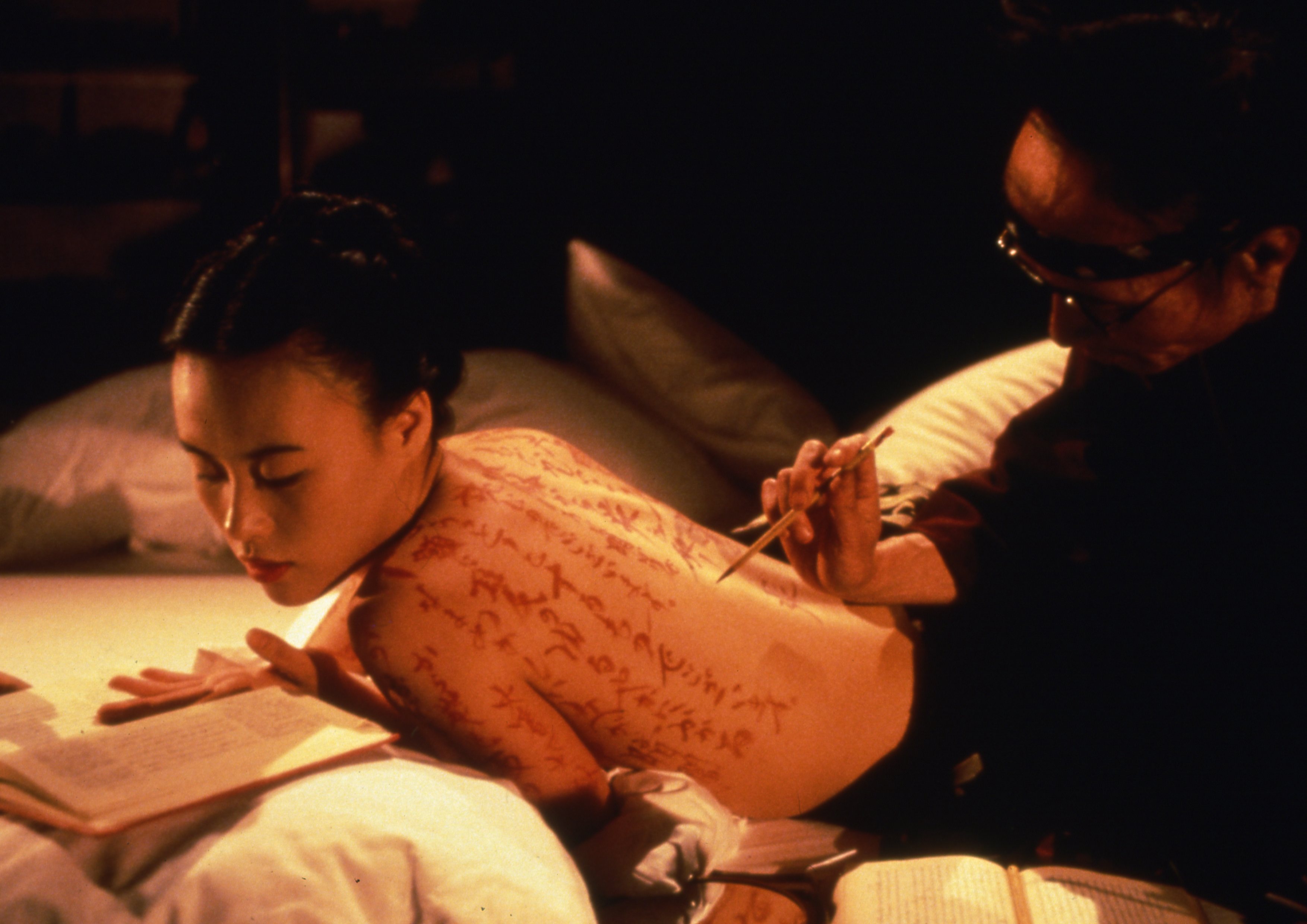 The second Jane Campion film to feature on the list is one of the greatest romances of all times. Bright Star is a beautiful, tragic and often heartbreaking story about John Keats and his shinning light Fanny Brawne. Featuring a star-making performance from Abbie Cornish, the film is notable for understanding what inspires words.

Joachim Trier (known for the spellbinding sci-fi film Thelma & the drug addict drama Oslo, August 31st) made his directorial debut with Reprise. An engaging drama about two aspiring 20-something writers which showcases all the hopes, dreams and sufferings that come with making it big in the writing world.

While not exactly a movie centered around a writer, this tense Stephen Kings adaptation works largely around the idea of writing having an addictive spell on its audiences. In one of the strangest, most audacious work from Kathy Bates, this Rob Reiner film is about a fan and a writer having a tassel for creation.

Similar to Movies About Writers –  Misery [1990]: MISERY IS ALIVE

The End of the Tour is essentially a character study that operates both, on the mind of a writer and an interviewer. It slices open and presents the mind, spooling everything out on the screen. Ponsoldt film is firmly grounded to reality and yet it’s uniquely profound in its intimate way of understanding and perceiving oneself and others. The End of the Tour is also a fitting homage to the infinite mind of a depressed soul and a prodigy who doesn’t understand the way the minds of a male, female and a cartoon should be represented on a personal wall. It one of those few movies about writers that are currently streaming on Netflix.

Related to Movies About Writers – Every James Ponsoldt Film Ranked

In a Lonely Place is a deeply Freudian film (if there was ever a category) about a struggling screenwriter accused of murder. This Nicholas Ray’s noir masterpiece both revels in bittersweet romance in a cynical Humphrey Bogart performance and bites sharply with a trembling satire on how Hollywood sucks out the artist out of writer’s life.

Margarethe von Trotta’s Hannah Ardent is a film that nudges on the edge of docu-fiction with a stellar performance from Barbara Sukowa. Recounting the life of Hannah Arendt – the German-Jewish philosopher, writer, and political theorist, the movie explored how explosive ideas can really be.

An unconventional choice for the list but this is the closest it can get to movies about real writers. Tom McCarthy’s Spotlight was the Oscar winner for Best Picture and rightly so, it showed the audacity, power, and courage of writers in the contemporary world of journalism.

Witty, charming and smartly written, “Ruby Sparks” is the rare romantic comedy that re-evaluates the manic pixie dream girl while also being a metaphor about understanding the real essence of love and imagination. Performed wonderfully by a promising Paul Dano and Zoe Kazan, this is one of those movies about writers that understands how sometimes stories seem more real than they actually are.

Iranian master Abbas Kiarostami’s Certified Copy is about an art dealer and a writer taking a stroll talking about life and relationship in general. However, with Kiarostami at the helm, it also becomes a playful inclusion of art, it’s true value and meaning and how it’s perception varies from person to person.

The classic source material has been subsequently turned into so many versions that it is hard to keep count. However, it is Greta Gerwig’s 2019 adaptation that really worked for me. It wasn’t just a slight upgrade but also incredibly sincere in its way of dealing with the coming of age arc. Seen through the eyes of an aspiring writer in Joe March (played by an incredible Saoirse Ronan, the film recounts her life with her sisters and her struggle to make a name for herself in a world ruled by men.

Related to Movies About Writers – Little Women (2019) – Own Your Story

Turkish master Nuri Bilge Ceylan’s The Wild Pear Tree is a tad bit unconventional for his own sensibilities. It is endlessly talky in comparison to the director’s previous works. Maybe because it is about Sinan – an aspiring young writer who has just finished college and in the lure of finding a local publisher returns to his hometown in Can. The rest of the film consists of Sinan’s relationship with himself and his father and how it defines him as a person and as a writer.

The Hours interconnects the lives of three women – all of whom are in the search of a more potent life that gives their livelihood some kind of meaning. In Stephen Daldry’s film, Nicole Kidman stars as the infamous writer Virginia Woolf – recounting her life as a sad, lonely woman who is unable to fight the demons in her head. Featuring three powerful performances at its center, The Hours uses the power of words to bring home some really important themes of feeling dejected and sad in spite of having everything in one’s life.

With Shirley, Josephine Decker rewrites the rules of a traditional biopic. Starring Elisabeth Moss as the titular Shirley Jackson – A renowned horror writer living with her professor husband whose toxicity is superseded with intrusive manipulation, the film is a classic example of storytelling at it’s most ‘thrillingly horrible.’

Pietro Marcello’s Martin Eden features the handsome Luca Marinelli as the titular writer and shows his struggle to self-educate and become a renowned name in the literary elite. Following the life of the rebellious man, as he withstands his economic disparity to become one of the most thought-out heroes of Darwinist ideologies, Martin Eden is a sprawling epic that captures how difficult it was to become a writer.