An incident can seem small and insignificant to some, but sometimes it sows a seed that leads one to become vigilantes or protectors of society. If we look at the superhero films, all the characters had a reason for donning their capes and doing what they did. In Promising Young Woman, Carey Mulligan’s character had me thinking. The film presents a vigilante in a new light as she strikes fear into the heart of all those who like to capitalize on certain situations and take advantage of promising young women who then have to battle a society that doesn’t believe them.

Directed by a debutant in Emerald Fennell, Promising Young Woman focuses on the aftermath of sexual assault and the different emotions that various people associated with the incident go through. It follows one woman’s efforts as she executes a meticulous plan to ensure that what happened never happens again. Why though? That alone would be too bland as a film for a mass audience. Even if we knew why there needed to be something more.

It is here that Emerald Fennell takes things up a notch and incorporates a chance meeting that sets in motion a series of events that gives the viewer a clear picture of Cassie’s adventures and provides the story some traction and a definite end goal that successfully veers away from leading the audience to label her a sadist who does what she does for pleasure.

Carey Mulligan plays the lead character Cassandra a.k.a. Cassie. Akin to a vigilante, her character leads two distinct lives. By day, she works as a behind-the-counter executive at a coffee store and cuts a frustrated figure. However, by night she sparks fear into the hearts of men. Mulligan’s ability to act drunk and intoxicated without appearing to overact or make it seem theatrical convinces two sets of people. Both, the men she lures, and the ones behind the fourth wall, believe in her drunkenness and vulnerability. 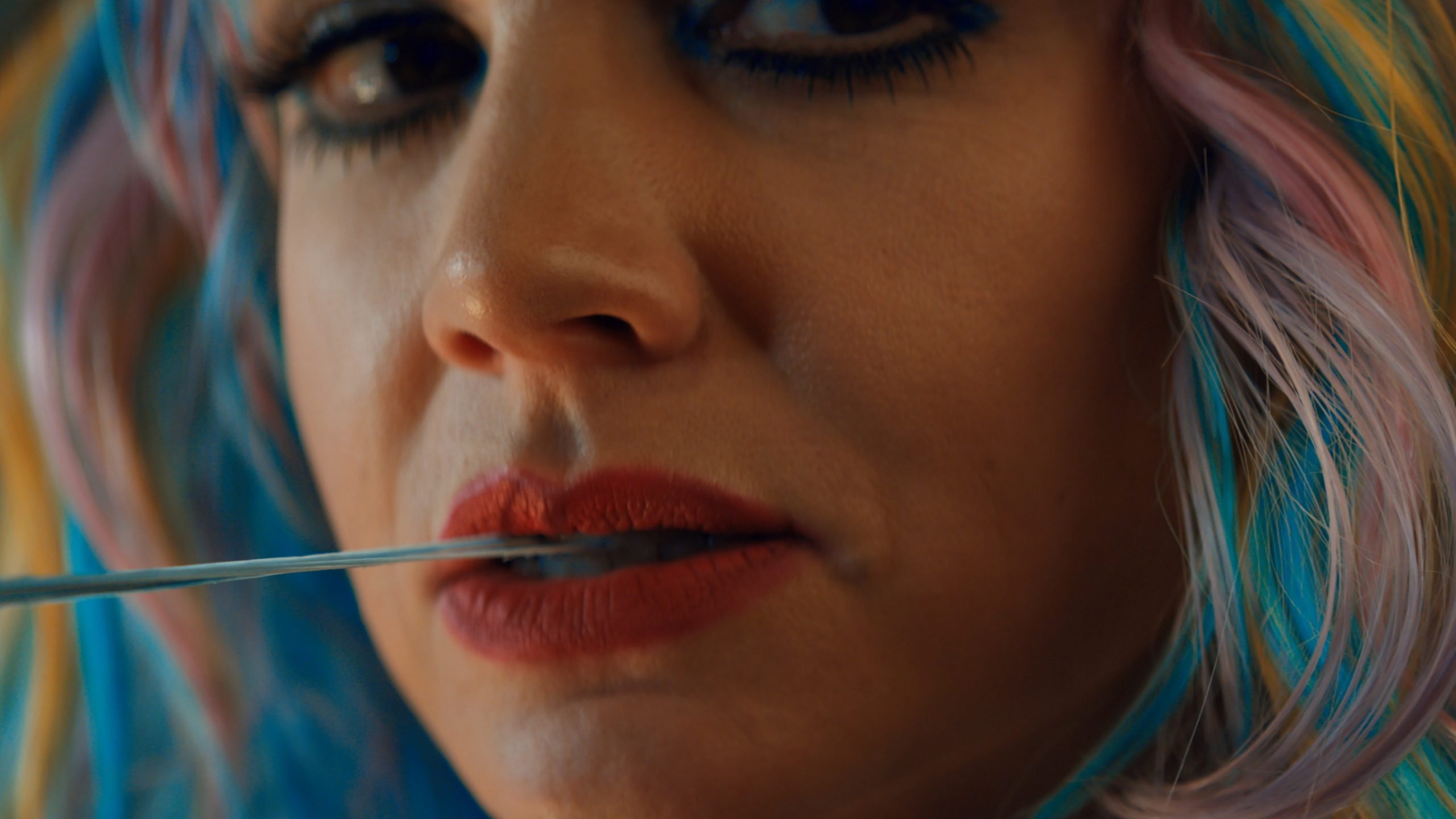 It was her astounding transformation from a teetering and vulnerable individual to stern, cold, calculated, and totally in control person that felt absolutely sinister for one party and raised the wow factor in the eyes of the other. We later come to know that she has been doing this regularly and for a long time with nothing off-limits as she records her actions through tally marks. The color codes show that and the marks of the lines on the pages as she turns to a fresh page lets the audience into the frustration behind her actions in Promising Young Woman.

The film subtly weaves in the traditional viewpoint of the people close to the victim (here the victim’s bestie) and the desire of the victim’s kin to just let it slide and let everyone move on. However, in between it also throws in glimpses of how one’s thought process changes when the tables are turned. Also, Emerald Fennell’s script elects to focus on the bystanders, whose silence is their biggest crime. This silence sets in motion a series of events and leads one down a path of utter chaos that we see. We get to see or just understand why they chose that road. Furthermore, Promising Young Woman shows us a few individuals who regret their actions and show remorse. Basically, we get to see people from all ends of the spectrum.

Hence, the film can be construed as a take on how one’s past always catches up to them, as there is always someone who does not forget and is waiting and watching.

Credits to the director Fennel for bringing a film that has enough to keep the audience guessing. As soon as we get an answer, a second question gets dangled before the audience to keep them intrigued. Despite this, she ensures that Promising Young Woman caters to a casual audience. Hence, it should not be missed considering its recognition among the films nominated for the 93rd Academy Awards.

Laced with catchy pop songs (It’s Raining Men and Angel of the Morning), the at times colorful film expertly incorporates them in without really making the thinking viewer believe that it is just there to captivate the casual cinemagoer. Well, that works as well as the songs have the ability to stay in our heads and take us down memory lane.

The costumes are brilliant with me thinking of Harley Quinn as Cassie suited up for the final act. It is here that we get a disturbing revelation, and maybe we understand that she was indeed crazy and used her half-baked lessons to devastating effect. This may lead to catharsis in some viewers’ minds as they remember certain somethings from earlier in the film, join the dots, and walk out with a smile.

What about the final act though? I’m not going to reveal anything (except for the Quinn part)… It has a lot of promise and takeaways that are in line with the thought processes held by characters in the film, but it will catch you off guard.

Fennel is here to stay and cinephiles will be extremely eager to see her next offering at the earliest. Until then they can rewatch this film. It is one of those movies that receive the Oscar nomination but isn’t considered a cliche Oscar movie. The film most definitely has a lot of promise.