I’m Thinking of Ending Things now streaming on Netflix: The new film written and directed by Charlie Kaufman, adapted from  Canadian writer Iain Reid’s debut novel of the same name, is the most Kaufninian of all. And most impressive of all? It’s distributed by the controversial Netflix. This combination is one of the most unpredictable, curious, and successful today.

Kaufman creates a universe that wanders through the territory of science fiction and drama (with a little bit of involuntary humour, of course) where, in contrast, he focuses on dialogues and small actions. Surprisingly, there is more dialogue than expected in a Kaufman film, especially if you watched the trailer. The nuances in literary and cinematic references in the conversations are a guide to where Kaufman is going with the story and his characters, he can escape the cheap display of information through the counterpoints that the characters of Jessie Buckley and Jesse Plemons put on the table.

There is strange evidence of how the environment and certain characters behave, but Kaufman is not satisfied with these truisms (which are extremely well-executed), because, through the composition of the actors in the claustrophobic proportion he chose, he builds relationships between these characters and, at the same time, their loneliness. It´s at least exemplary the way Charlie works with terror here, in the most propitious moments for jump scares, he continues to work the atmosphere of not understanding what is happening, the doubt of what will happen in the next minute is what most terrifies the viewer.

Charlie constantly criticizes art through the verbalized experiences of the characters. His point is how artistic stimuli, whatever they may be, create an alternative reality in the mind of those who consume, on the one hand, it can be beneficial, on the other hand, it takes the person who away from the reality, which can have irreparable consequences, is an honest exercise of criticism and self-criticism by the filmmaker.

Perhaps the explanation of why a Netflix acquired this film is your resemblance (superficial) to the Dark series (2017 – 2020), where the ideas of the time loop and parallel universes are a constant flirtation until the second act of the film, but here is more Meet the Parents (2000) immersed in acid with Get Out! (2017) in an existentialist version of the individual’s realizations (and non-realizations, mainly) and hidden desires.

The entire cast is spectacular. Jessie Buckley is a direct bridge between the audience and the exquisite story, demonstrating tension and reactivity admirably without exaggeration. While Jesse Plemons is naturally accustomed to these unusual sensations. His subtle enigmatic looks and gestures add mystery to his character that makes our eyes pop. Toni Collette and David Thewlis only prove their talent by selling the idea of ​​a cartoon abnormality arise in their first seconds. 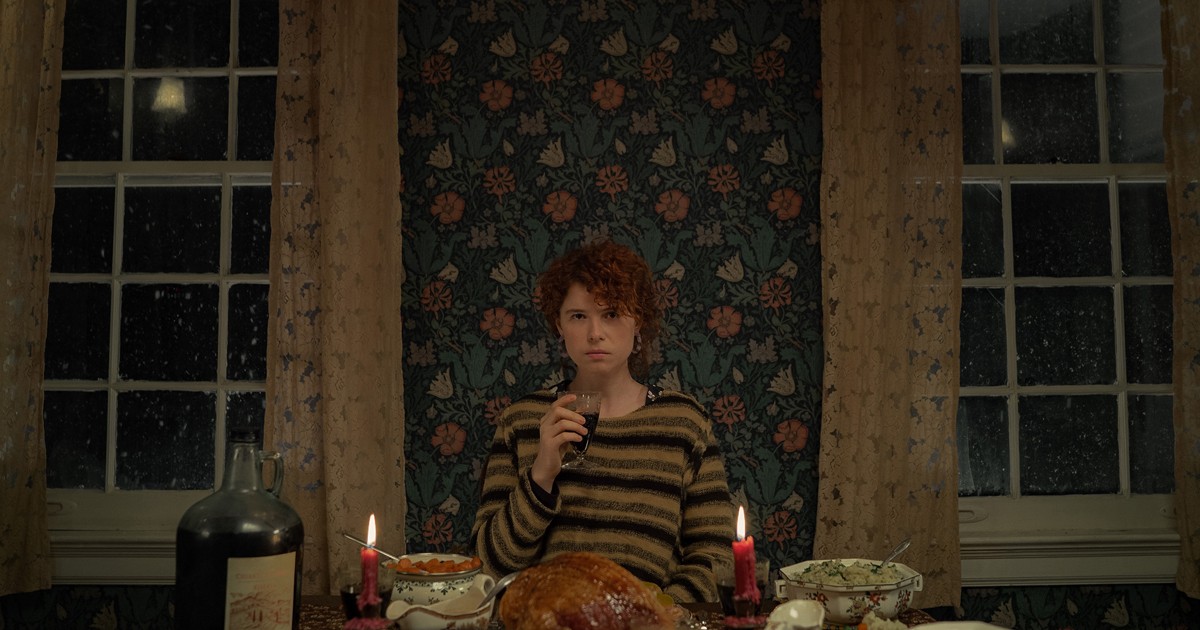 This is the definitive masterpiece of Molly Hughes’ production design. Her particular way of mixing the 1930s and 1970s in a film that apparently takes place today is simply brilliant. She uses a lot of schizophrenic outfits (in the best sense of the word) and objects to create that root. It captures the feeling of ‘something is wrong for on here’ sensation. There is a spectacular counterpoint between the ingenuity of an old home by a longtime couple in the United States with the aggressiveness of the director of photography Lukasz Zal. The photographer makes that house an unexpected entrance to hell. The friendliness of the prints and the organization of the place is soon engulfed by darkness highlighted by punctual luminous objects that cause something worse than fear, doubt.

I’m Thinking of Ending Things is the most Charlie Kaufman work that Charlie Kaufman himself could do. It’s a masterclass on how to create mercurial atmosphere by setting scenarios with a cast aligned with the subtleties of history, a brave philosophical and cinematic debate.