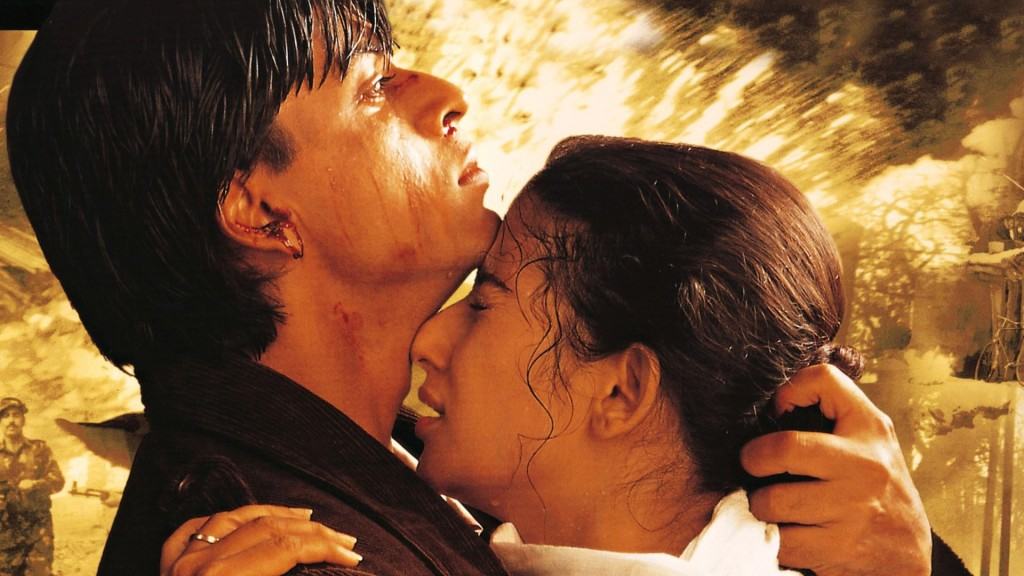 Love has always been a mystery to me. Chase. Long calls.First Kiss. Warm hug oozing affection. Date. Lovemaking. Arguments followed by fights. Makeup & break up and makeup again. This is how I see Love around me. In this technology-obsessed era, where time has become so valuable that ‘I love you’ has shortened to ILU to save few seconds, ‘Love’ has merely become a gimmick or a sense of fashion than the ‘feeling’. The feeling that has 7 shades defined in ancient Arabic literature. The seven shades being Attraction, Infatuation, Love, Reverence, Worship, Obsession, and Death. It has been beautifully captured in one of the best Indian films, Dil Se. In Dil se, Radio broadcaster Aman Verma is attracted & infatuated by beguiling & mysterious Meghna. Their unconventional and intense love flourishes amidst the political turmoil. Visually beautiful, passionate love that turns into obsession, soulful music, deft writing & direction, and artistic performances by the actors, help to bring the seven shades of love on celluloid quite convincingly. Dil Se is an unforgettable masterpiece.

Here are seven films, each representing seven different shades. None of the films below fall into cheesy and fabricated romantic category. A few of them are quite intense for a date watch. Do let us know your opinion on this article.

That Smile. That one look. Eyes hooked to him/her, thoughts chocked. You just want time to halt. Still gazing. You take a deep breath, and slowly let love consumes you. Attraction is that s**t. Heartbeats capture the emotion of “Attraction” in quite a poetic manner like time has halted for the best buddies Francis (played by Xavier Dolan) and (played by Monia Chokri) when they take a glance at Nicolas, the new guy in town. Their nonchalant pretension looks dubious because of the way the whole episode is framed. You surely get an idea that it is more than just a glance. An attraction that will bring a change whose boundaries will be defined by their friendship & love. Xavier Dolan’s deft direction ( might remind you of Wong Kar Wai’s slo-mo in “In the Mood for Love”), and a sense of colors & music, make the film restrained & poetic.

If you have never heard of the film-maker “Guy Maddin”, then this is the film you should start with. Only 64 min long; shot in monochrome, further roughened and scuffed up to give it an aged and battered look, this is one hell of a ride that you better take to see the consequences of Infatuation. Oh, Wait, so a hockey player named Guy Maddin (played by Darcy Fehr) takes his girlfriend for an illegal abortion, and gets infatuated with a girl Meta, and leaves with her. Now here comes the bizarre part. Maddin is again infatuated with a ‘ghost’ while working in a salon. Maddin’s infatuation with Meta and the ghost brings a series of trouble that is filled with lust, guilt, and betrayal, not to mention the wackiness.

You might have seen many romantic films, but this is quite different. Trust me on this. Something must break is an intense romantic tale of two people who are exploring sexuality & sensuality. Sebastian is an androgynous male who yearns for true affection & acceptance but unfortunately beaten up by friends. Sebastian accidentally happens to meet the punk but sensitive Andreas, and they drift along doing prankish things & exploring their sexuality beyond the social norms. Most of the intensity comes from both the characters trying to embrace the reality, where Sebastian is looking for an intimate relationship with Andreas, but Andreas is finding it hard to accept him falling for a girl who is actually a boy. The film is original, intense, a little difficult to watch in case you can’t sit through gay making out, and its strength lies in its screenplay and terrific lead performances.

‘In the mood for Love‘ is a poignant, intoxicating, and an unrequited romantic drama about two lonely souls, woven together by strings of poetic scenes, masterfully crafted by the auteur Wong Kar-wai. The film is quite seductive; very leisurely paced to immerse the viewer into every color of the palette of romantic emotions which are more conflicting than evolving between the two leads. The film latches onto the heart of the couple, and depicts a rather melancholic evolution of their restrained inside selves, and inexplicably depicts a form of unconsummated love that is devoid of any pretense or manipulation. It’s about a man and a woman who are brought together by the discovery of a long-running affair between their respective spouses. Both the principal characters are reticent in nature but their feelings are tangible; like when their hands brush each other momentarily, exchange a brief glance, share a smoke or even share the shelter while it rains. Michael Galasso’s mystic soundtrack perfectly complements the visually ravishing splash of colors that itself becomes a character.

Simon is the flame of asceticism, burning atop a prodigious waxy pillar of faith. It is the story of a man trying to rise above his temptation. A mystic hermit abandons his own mother and mother earth to mount the highest pole of Godly devotion. Evil tries to lure him in different forms, but his chastity remains unwavering. In this surrealistic satire, Buñuel has mocked religious ascetic in the most sacred way, as eventually Christ-like figure ends up in the frenzy of radioactive flesh. The penitent pillarist performs godly miracles on ungracious selfish mortals, his faith in God is tested every now and then until he is no longer a human but a living monument of self-sacrificing love for God.

Obsession with love is a characteristic human possess that can make them lose their conscience, and torpidly walk on the thin line that keeps them from being insane. There is no film that portrays obsession as tangibly & boldly as “In the Realm of the Senses”. A former prostitute (Saba) working as a maid in a hotel falls intensely & obsessively for the owner of the hotel (Kichizo Ishida) when first, Kichizo molests her. It grows into an obsession for “physical intimacy”, slowly turning to unabated continuous unstimulated lovemaking. Obsession takes a new form when Sada dips the dumpling in her v@g**a before feeding it to Kichizo so that even eating becomes an “an act of love”. Now, all these may sound gross and a gimmickry for the sake of making soft p*rn, but hold your breath because this is based on a true story that happened in Japan in 1936. Also, don’t freak out when you eat an egg the next time.(You will get what I mean after you see the film).

As far as the Shades of Love are concerned, Death is imminent. In life, nothing is certain but death. But, does love die? How far you can go for your love. “Orpheus” film adapted from the Greek myth is about a poet who descends into realm of underworld (World of Death) to recuperate his pregnant wife, Eurydice. Meanwhile, he feels that he might have fallen in love with the Princess (who is actually ‘Death’). The only condition tribunal of the Underworld allows Orpheus to take his wife is that he never look at her again.   Who will Orpheus betray: Death or Eurydice? “Orpheus” is a love triangle beyond life, literally.