“I don’t think I have anything really that interesting to say, except to apologize to world for not providing them with another beautiful film.” 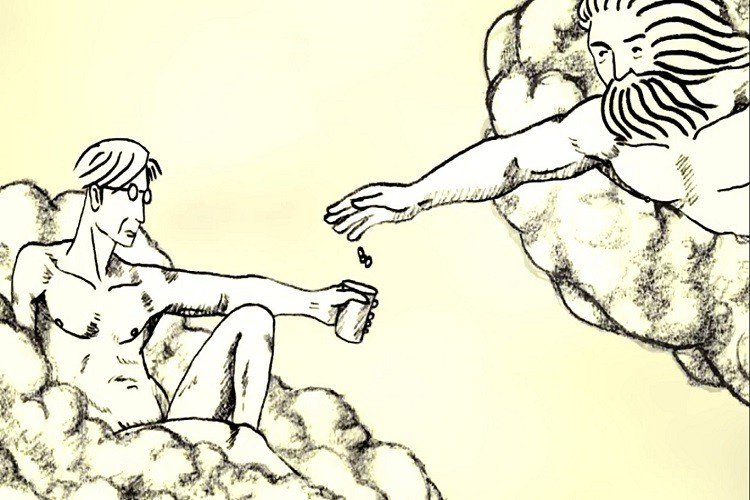 It was 14th February, 2007, the fateful day of the year marked with the heart-shaped outline, fancy greeting cards, red roses and an image of a person you could never confess your love to. Perhaps you had a date with a vintage car, but it didn’t go smooth because of bad transmission. Perhaps your heart ached for a stapler that ran out of pins and couldn’t hold all the pages together. Strangely, I have no memory of that day, except the rain of nickels and dimes and a rainbow of cocaine just 5 millimeters wide. But this article is not about you or me or the euphoric rainbow, it’s about a great artist, who lost his creative spirit and spent last days of his life panhandling on streets. It’s about Ryan Larkin and how his colorful world grew darker until there were no colors, only darkness. But let’s not mourn over his tragic demise, because it’s just another consequence of being an artist.

Ryan was an eternally fragile guy, fighting the world with his pencil. An image of masturbating teenage boy floats into the arena of my mind whenever I think about Ryan. That’s the painting he unveiled in one of the exhibitions. He was a child prodigy. Soon this suburban kid from Montreal made his way to National Film Board of Canada (NFB). At age of 19, he was an apprentice to Norman McLaren, one of the most influential Canadian filmmakers of that time. Some of the films made by Ryan, most prominently ‘Street Musique’ and ‘Walking’, changed the face of animation film industry. In 1969, he was nominated for the Academy award for his short animated film ‘Walking’. The interesting question is how come one of the world’s most provocative animated filmmaker went bankrupt and ended up on streets? There are many speculations, maybe it was the excessive consumption of cocaine and alcohol that ultimately led to ‘artist’s block’ or an untimely death of his elder brother who meant the world to him, or maybe he just ran out of inspiration. Eventually, his undue generosity towards young artists, drug addiction, and bad company left him penniless.

After his departure from NFB, a new phase of life started for Ryan, where he would meet hundreds of new people every day and spend just a few seconds with them. He became the actor in his own movie with a singular dialogue, “Got any spare change?” Even as a vagrant, Ryan lived with dignity. According to him, there are two ways to panhandle- one is to look like a miserable person and other is to entertain. It was an interesting experience for him, to make money on streets, to live on minimal wages without having to worry about taxes, union dues, and committee meetings. On 14th February 2007, Ryan died of lung cancer in Saint-Hyacinthe, Montreal. 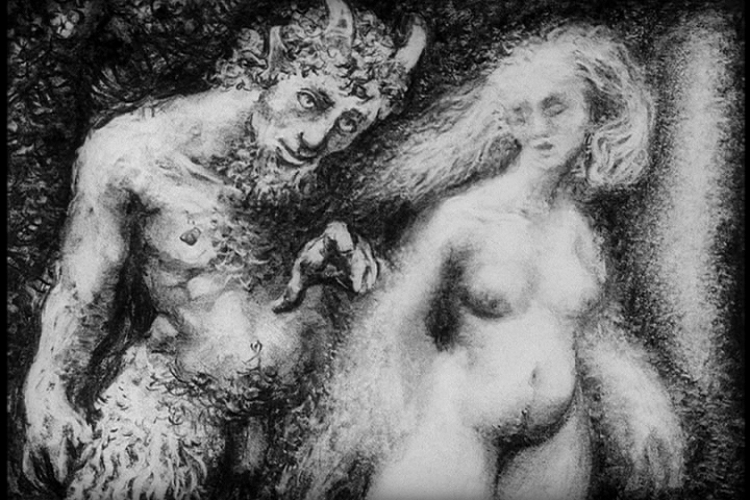 Impressed by originality and rawness of his first animated short Cityscape, NFB granted Ryan a blank check and deadline of 3 months to make a film using the charcoal technique. It is based on solo flute piece Syrinx by French composer Claude Debussy. It portrays Greek legend of Pan, relentlessly stalking Syrinx for just a warm embrace. Syrinx is turned into a clump of reeds by Gaea. Pan then takes the reeds and turns them into an instrument. Just like Pan, Ryan was chasing something back then, a Syrinx of successes and a strong will to create something new. 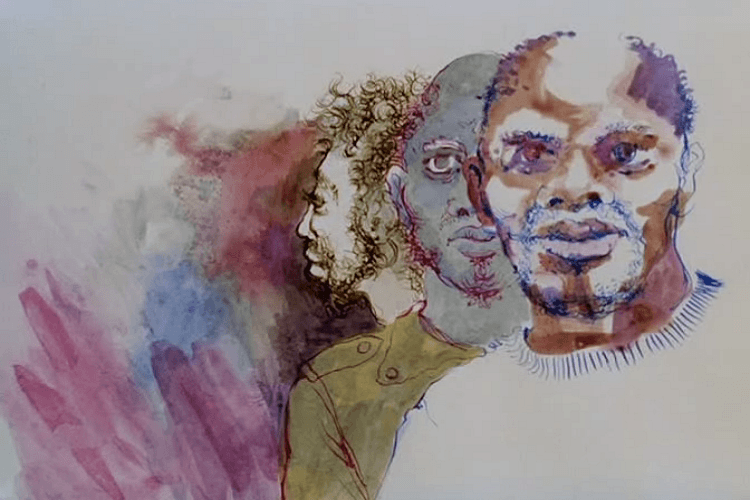 With Walking, Ryan proved his ability to bring images to life. Sitting idly in bars, he used to observe the way people walk, talk and move. It took Ryan almost two years to complete this film, a staggering work of animation about human expressions and anatomy. The whole movie is hand drawn, frame by frame. Ryan describes animation as sculpting in 2D, with pencil and brushes instead hammer and chisel. He compares animation with ancient manuscripts illuminated by monks. This is the film that put Ryan into the limelight as it was nominated for an Oscar. 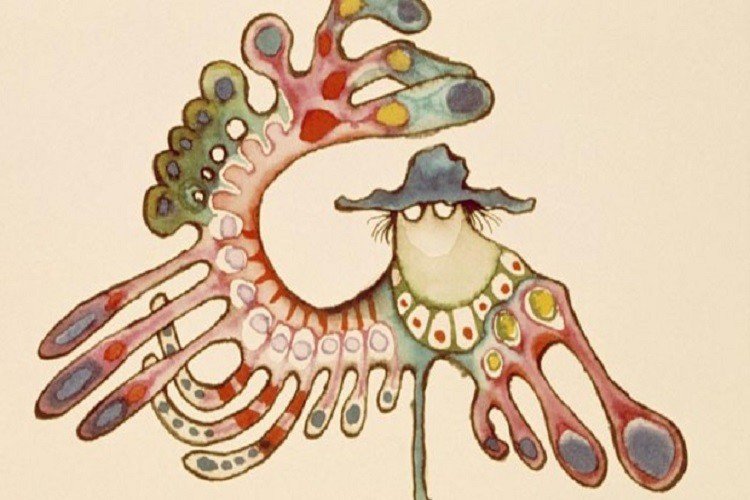 Street Musique is arguably Ryan’s most fluent and exuberant work. During his last days at NFB, Ryan met some local hippie street musicians and found their music to be fitting companion to his visuals. Street Musique is a stream of metamorphosis where abstract shape-shifting takes place on screen. Street Musique is a visual feast, a vibrant example of Ryan’s artistry and animation skills. 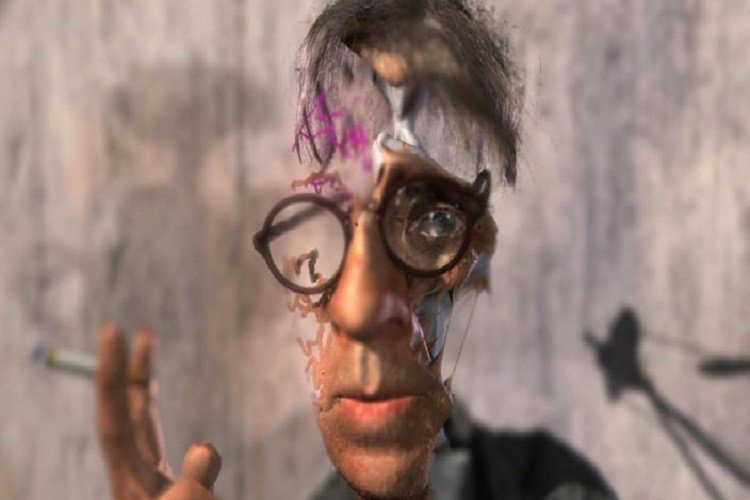 As described by director Chris Landreth, Ryan is a visual interpretation of his interview with Ryan. Chris employs a discomforting visual language with fractured figures vanishing in space to reveal their psychological state. It’s a short animated documentary about Ryan Larkin, who was once a flaming genius but lost the spark owing to drug addiction and alcoholism. Chris is indifferent to the condition of Ryan and treats him as a subject of a documentary. Though on the surface, Ryan appears in horrible state, there is something undeniably redeeming about it. Such is the power of this psychomagical documentary that you don’t feel the presence of persons but rather two emotions communicating with each other. Ryan won the academy award for Best Animated Short in 2004. 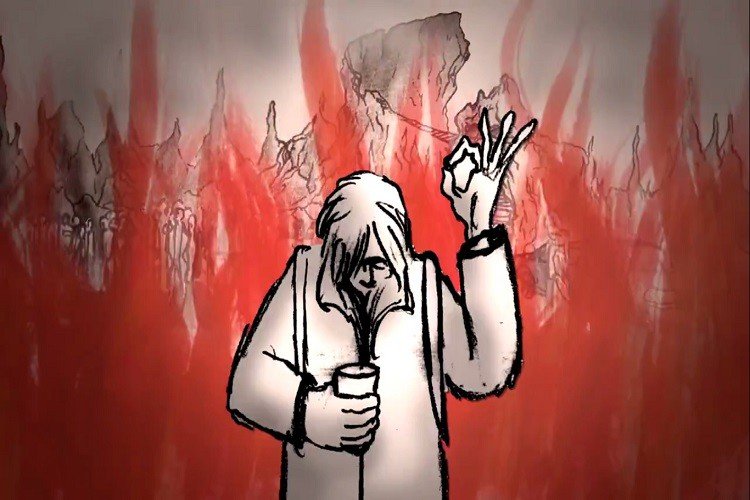 Based on Ryan’s own experience, Spare Change shows how world looks from point of view of beggars. This posthumous animated short is the last project of Ryan. He could never finish it; the later section of this movie is made by Laurie Gordon. The film starts with Ryan talking about bummer ethics with his fellow bummer. Though not as profound as his previous work, Spare change is an amusing piece of animation as well as a heartfelt tribute to the wounded spirit of an artist.

Some might say Ryan represents every artist’s worst fear. But a true artist fears only inferiority of his creation. Even in his twilight years, his head was overflowing with ideas, and my biggest regret is we’ll never see them on screen. Whenever you see a homeless, jobless broken soul wandering on streets, don’t look down upon them, for they might’ve been artists in the past. I see a face of artist behind every mask of misfortune. I urge you to join me and celebrate 14th Feb in memory of Ryan Larking. It’s easy, just spare some change to make the change.

Is ‘The Good Nurse’ based on a True Story?

The Best Films for Game of Thrones Fans This Fall