Golden Globes: The Lack of Musicals in its own Award: A year ago, the Academy Awards announced a new category, Best Popular Motion Picture (only available for films which grossed over $300 million) in an effort to increase the amount of blockbusters in awards contention. This new category was swiftly laughed away, its overwhelmingly negative response causing it to be put on hold indefinitely (or likely forever).

But why laugh at such a useless nomination category when one already exits – the Golden Globes’ Best Motion Picture – Musical or Comedy. Maybe there’s enough Comedies being released to justify that genre (2,309 in total since 1995), but in stark contrast there’s hardly any for Musicals (180 comparatively).

If Musicals made up all 5 nomination slots of each of these years at Golden Globes, that’s 120 films, which makes up two thirds of all Musicals in these twenty-four years. Such a category was useless even in 1951 when it was introduced (with only 35 made in that year), as Musicals had just begun their dip in popularity that would never be regained.

The Academy Awards tried to instigate recognition for a popular genre, whereas the Golden Globes are desperately trying to propagate a very unpopular genre. Perhaps it could be hypothesized that their recognition of this now obscure genre helps its continuation, but the amount in the genre has simply remained stagnate for up to seven decades. 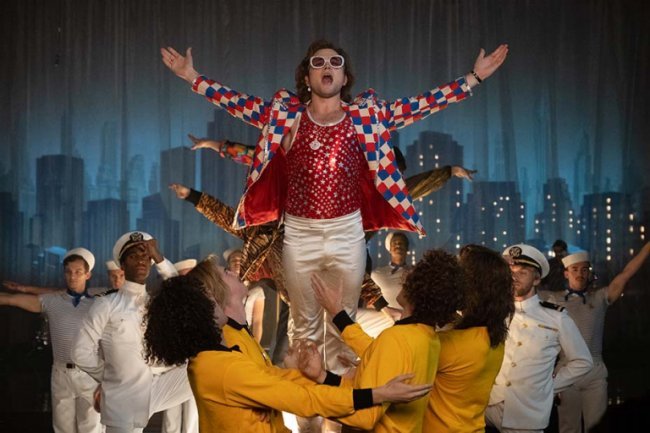 This year, only one film nominated for this category (Rocketman) is a Musical, with the other four nominated films being Comedies. The critically derided (and unfinished) Cats, one of only two Musicals to be released in the awards season, couldn’t even muster a nomination here (but it manage to garner one in the Best Song category, perhaps an equally useless category). In the last decade, only 7 out of 50 films nominated in this category were actually musicals.

There’s no sign of a call to remove the Musicals from this category, and such an act wouldn’t be necessary. But it’s merely amusing to see such an outdated genre still being repped throughout all these decades when the genre has been one of the least common, far less so than Action, adventure, Horror, and Thriller.

It’d be like if the Best Motion Picture – Drama category included Western in its name, as such a genre was popular in the ‘40s when the Golden Globes began, and still included such a genre despite its lack of popularity today. This category may be responsible for the production of a handful of Musicals in recent times, as they can be seen as awards contenders, so who knows if without this award the Musical genre would be even less common.

Radioactive [2019]: 'TIFF' Review - An Ordinary Film about an Extraordinary Person

George & Tammy (Episode 3): Recap and Ending, Explained – Does George show up for Tammy?