The recent Bollywood film, Shershaah (2021) was not my cup of tea and reminded me of those old patriotic films that would simplify complex issues like Kashmir and conflicts within the region. Feel free to make some chai, grab lunch, or take a short nap while watching this new addition to the pile. You won’t miss big plot twists as there exist none. When I began watching the film, I had limited expectations; it exceeds none of them. Film critics have understandably derided yet another uncomplicated tale glorifying the Indian Army and its savior complex.

This Vishnuvardhan directed mediocrity celebrates Captain Vikram Batra, who sacrificed his life at the tender age of twenty-four fighting the Kargil War of 1999. Given the Indian Prime Minister Narendra Modi’s viral selfie with top-tier Bollywood celebrities, including Karan Johar, this production clearly seems to be strengthening the nationalist fabric of the Hindi film industry.

However, the public has also outpoured admiration, especially for actor Siddhartha Malhotra. People have praised the screenplay, visual effects, and the very simplicity that seems to be the focus of criticism. The music is refreshing when compared to mind-numbing songs of Kakkar siblings and Baadshah. Actors do justice to their respective roles and supporting characters shine in their limited screen presence.

However, I am wondering why such films capture audience imagination despite their repetitive and lazy narrative? The Public’s celebration of a Bollywood film has often overridden criticism before. Consider Ramsay Brothers for example. Their horror films amounted to nothing more than mockery for the educated, middle/upper class, and western audiences. 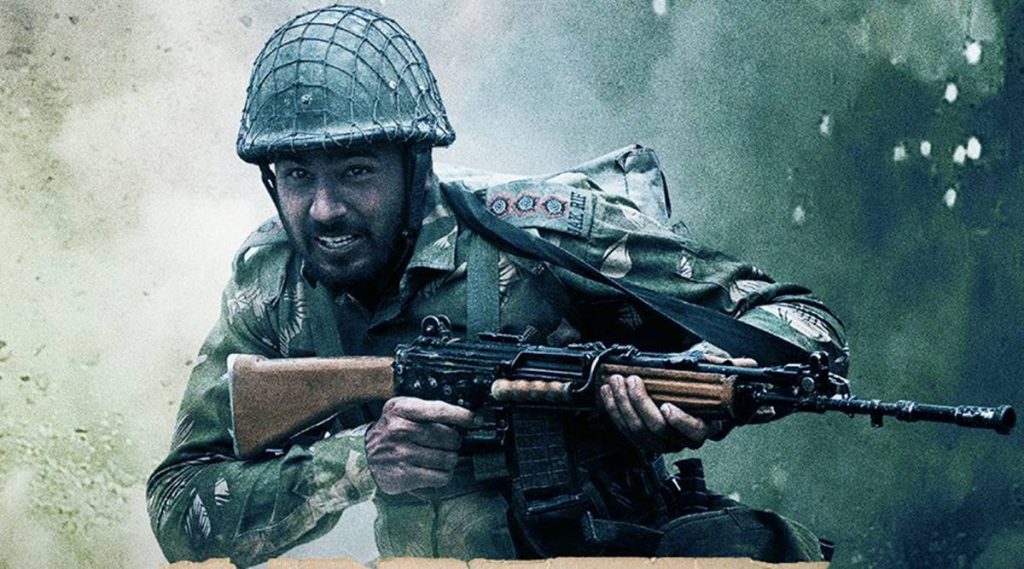 But in an interview, Shyam Ramsay asserted, “We know what the market wants, and we solely deliver that.” Ramsay brothers’ films defied boundaries—economical, traditional, class-based, intellectual delivering films simply for working-class entertainment. That’s exactly what Shershaah does—delivers according to market expectations.

Shershaah (2021) is not a Ramsay Brothers’ film, of course. However, its simplistic storytelling is a product that exists independently from native elite interventions. Hindi film viewers are not a monolith. Some like entertainment while others enjoy intellectually stimulating films. And Bollywood happens to be a market for both. Remember, Karan Johar has also produced Ajeeb Daastans, a film anthology that has pushed traditional boundaries. Moreover, in times of a never-ending pandemic, loss of valuable lives, climate crisis, this film might provide an escape to the unattainable simple past.

Concerning the simplicity that many critics are miffed about, one should not forget the time it captures—the 90s. Men like Vikram Batra existed and still do—simpletons in the countryside lured by the rhetoric of national security. They fall in love quickly, marry quickly, and are over-the-top melodramatic lovers. That’s the essence Shershaah (2021) captures—uncomplicated people and their lives full of dedications and normative cultural codes.

Comparatively, Shershaah (2021) is still better than its preposterous counterpart Bhuj: The Pride of India. Genre conventions also seem to be the concern here. Shershaah stays true to the treaties of a war hero biopic—a simpleton transforming into a larger-than-life hero sacrificing everything for his “desh.” Moreover, Vikram Batra’s family also intended for this film to be that plain.

Critical interventions made by film critics who are well-versed in the language of intellectual discourse still remain inaccessible to common people. Perhaps a better way to get out of the bind of nationalist films would be creating accessible critical thinking for the masses. Eventually, that could lead to transformed consumer sensibilities, which can push the entertainment industry to majorly produce intellectually invigorating films. Expecting that a film should require rigorous conversation, no doubt. But unless a culture encourages and rewards critical consciousness, showbusiness won’t find the necessity to change for the better.