Silence is a 2016 drama film directed by Martin Scorsese which is about two Jesuit priests who are sent to Japan on their insistence to find Father Ferreira who has apparently renounced his faith and adopted Japanese way of life. Along with finding Ferreira, the two have also been bestowed with the task of spreading the gospel of Christianity.

The two priests played by Andrew Garfield and Adam Driver on reaching Japan, take shelter in a cavern inhabited by Japanese Christians (kakure kirishitan) hiding from Inquisitors who have declared Christianity as an outlawed religion during Edo-era Japanese society, the suppression of which culminated into Shimabara Rebellion against the Tokugama shogunate.

Another Review of Silence (2016): A Flawed Masterpiece

In the events of the film, the character played by Garfield, who from the beginning is shown as a ‘questioner of his faith’ with doubt pervading regarding God’s existence, goes through a staggering spiritual transition owing to his religious naivety.

On the other end of the spectrum is Driver’s character who comes off as a stern priest, adamant enough to not get cowed down by the threat imposed by Inquisitors and in a thoughtful scene demurs over Garfield’s character’s suggestion that Japanese converts could step on fumei (bearing the image of Virgin Mary and infant Christ) under duress by Japanese authority.

It can be deduced that the priest played by Driver is a religious fanatic who through his firm dogmatic underpinnings succumbs in the process. Unlike Garfield’s character, Driver’s Priest is a rigid follower of Christianity which leads to his annihilation and speaks a lot about Scorsese’s implication that religious fanaticism could lead to one’s self destruction. 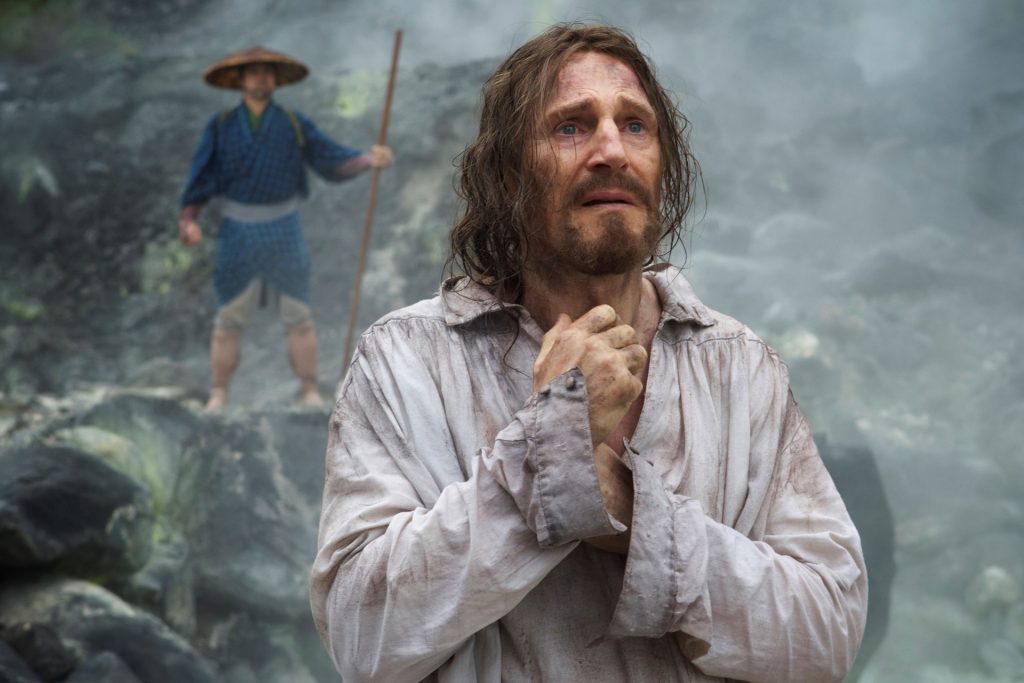 Silence is impeccably directed by Scorsese and meticulously shot by the cinematographer, Rodrigo Prieto. The film is replete with beautifully crafted scenes of Japanese landscape, the shooting of which happened in Taipei, Taiwan due to budgetary constraints. The film remained a passion project for Scorsese for more than 20 years until he was able to fructify it.

Other than showing the spiritual journey of the two characters who are caught in religious persecution and politics of the land, the film also confronts the viewer with themes of religiosity by raising many thought-provoking questions on the existence of God and its silence to human suffering. It is the silence of white man’s God which leads to Father Ferreira apostatizing and becoming a member of Japanese society. This silence also makes Christianity incompatible for germination in Japan which in the film is referred as “a swamp where nothing grows”.

Also by Martin Scorsese: Bringing Out The Dead (1999)

Ferreira’s denunciation of Christianity has a ripple effect on Garfield’s character who in an emotive penultimate sequence of the film stamps on a fumei of Christ signaling the falling apart of Christianity in Japan. Even today, Japan has a very minuscule percentage of followers of Christianity (0.7%), with most of the population inclined towards Shintoism (54.1%) and Buddhism (40.5%).

The film also provides a rich intellectual ground to explore the notion of proselytization which Japan through its stringent and often violent means was able to successfully avert. Generally it is believed by a wide spectrum of scholars that religious conversion in an alien land becomes a foundation for that place’s colonization. If we look at history we couldn’t be surer that the reason Japan was able to check the tide of European Imperialism was because of a sustained resistance against the white man’s religious conversion.

Finally, it could be surmised that Silence is a film which would make religious people squirm in the comfort of their sofas while at the same time make them ponder over the bloody foundation on which organized religious institutions were built.

My Brilliant Friend (Season 1) Review - A story about controlled anger