The tragic death of Hayla Hutchins, a 42-year-old director of photography who was fatally killed by actor Alec Baldwin by a prop gun reverberated during some of the high-octane sequences in One Shot, directed by James Nunn (Jetski, Tower Block). This has got nothing to do with the film at all, and yet the visceral amount of gunshots that power the action in One Shot (2021) somehow brings back the indisputable factor of staff safety. Nevertheless, “One Shot” powers through with a carefully designed screenplay by Jamie Russell that feels like a single-take-action chase. The results are electrifying, yet is it enough? Reportedly made in 20 days during the Covid-19 restrictions in early 2021, “One Shot (2021) is unbelievably intense and absorbing throughout.

The action takes off early, after setting the chase when a group of Navy SEAL, headed by Jake Harris (Scott Adkins, teaming again with Nunn after Green Street 3: Never Back Down and Eliminators) is asked to do the impossible: transport a prisoner from a government black site. In no time their mission turns into an unending chase for rescue, as there are insurgents who arrive to track the same prisoner. Do not expect anything less than fireworks- One Shot (2021) has blistering action right from the get-go and never lets you turn away even for a second. Occasionally though, the same brilliance cuts to a particularly exhausting set of events, as some of the minor plot holes come to the surface.

Nunn is clearly inspired by Alejandro González Iñárritu’s Birdman (or The Unexpected Virtue of Ignorance) and Sam Mendes’ 1917. The details in 1917’s chase sequences were more uncomfortable than liberating, and Birdman molded time in fascinating ways to build the single-take sequence. Both films had an emotional center to hold upon, and although there’s no such complaining for the same in an action film, it is perhaps the only spot where all the mastery slips away. The resolution, or for that matter, the thread of connection that builds momentum from a brief set-up at the beginning involving a picture feels half-baked. Given the tight, almost relentless efforts in pursuit of the action, this eventual outcome does not hit the right chords. 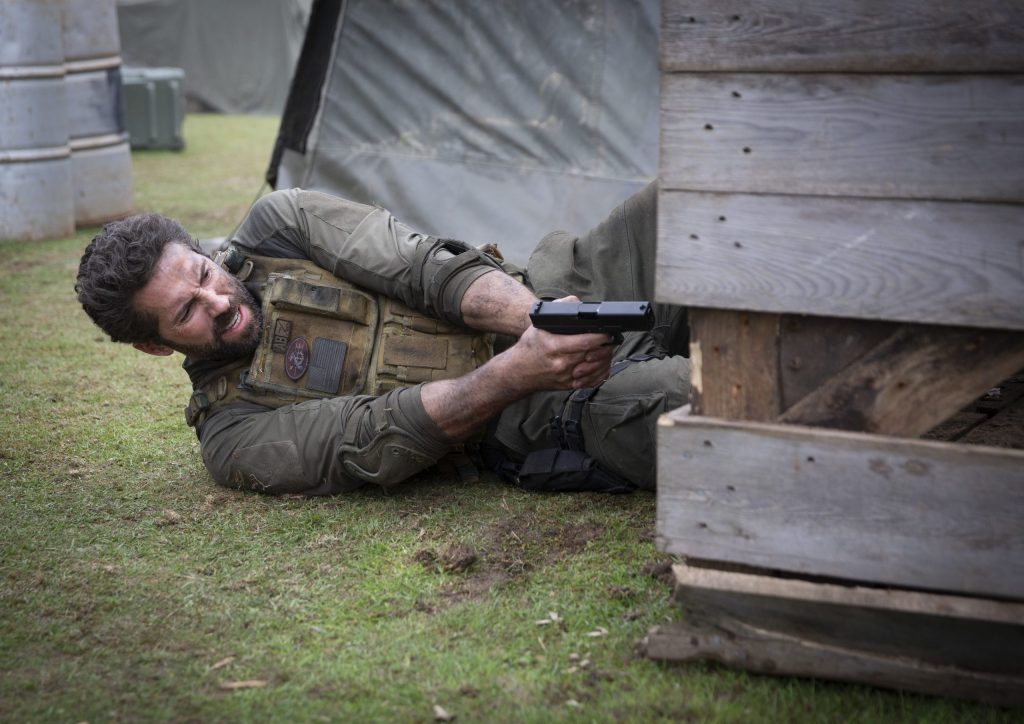 There aren’t many films that have the daring that One Shot (2021) manages to extract out of its 96 minutes of runtime. Jonathan Iles’s definitive camerawork provides a boisterous thrill to the action- from the handheld scenes inside the building to the chasing from block to block, against the raining of gunshots. The transition from one set-up to another is disarmingly masterful, providing an experience unlike any other.

Perhaps the makers could have added to this universe by sharpening the screenplay, with sequences that often feel hurried and glaringly brief to hold on to any standpoint after some time. Out of all the supporting players, only Ashley Greene stands out as the tough yet steady Zoey Anderson, who tries her best in distilling some sense of the chaos that surrounds her. But the screenplay does not allow her to do so after a point, preferring the chase sequences more than the narrative build-up.

The same can be said for One Shot (2021) as well. Nunn has designed the world of One Shot with a team that boasts impeccable production design by Elizabeth el-Kadhi and editing by Liviu Jipescu. The interiors of the building are given a contrast of shabby and dark to clean and maintain, depending upon its inmates. The expositions are curtained with a claustrophobic cut. Orchestrated faultlessly, there is an otherwise lack of daring in the world-building and its conflicts after all.

Just as it tries to take a turn for the real, Nunn shifts the action back to the chase- and there are several of them. The film even touches upon the subject of suicide bombing, although there is no bite in its treatment apart from the way it provides a narrative push forward. This all comes back to the question- is style enough? The premise has been tried and tested before in countless other action films, and One Shot takes it to thrilling new heights, a true feat for the genre. This is a film made with passion and style, and even though it somehow tends to overpower the remaining lines of storytelling, this one definitely deserves a shot.