Home»Reviews»Films This Week»Hive (2021) Review: A Unique in Its Own Way Feminist Drama, Set in War Ravaged Kosovo
Films This Week/Reviews

It is often the surroundings, which the story is set on, that captures our imagination more than the story itself. Blerta Basholli’s Sundance-winning Hive (2021) has a familiar story at its core, set in an unfamiliar place. A tree in a desert is not the same as a tree in a riverbank, even if they are structurally the same thing. It is that quality of being common-and-yet-unique that sets ‘Hive’ apart. The connotative meaning takes over the denotative one.

The Kosovo war has seen many casualties in form of deaths and disappearances like wars do. History only shows the visible form of casualties. The emotional and economical scars culminating in the loss of livelihood as a result of those visibly quantifiable casualties are hardly documented. Basholli tries to address that in her debut feature here.

Related to Hive (2021): 25 Great Feminist Films You Should Watch

Inspired by true events, Hive (2021) is centered on Fahrije Hoti, a real person facing real loss. When her husband goes missing as the aforementioned result of the war, financial instability latches on to her and her family. She takes over her husband’s already battered business of Apiculture to produce and sell honey. However, that soon proves to be not enough to support her two children and her wheelchair-bound father-in-law.

Fahrije is not alone in this situation. Most of the women in her neighborhood also encounter the same crisis. With most of the able-bodied men perishing, it comes down to the women of the families to provide for the family, in addition to their already existing jobs as housewives. Given the situation, patriarchal oversight and criticism seem inevitable. And lo and behold, they rain on these women viciously. Times like that birth the necessary sisterhood between the women, to overcome both emotional and societal adversities. 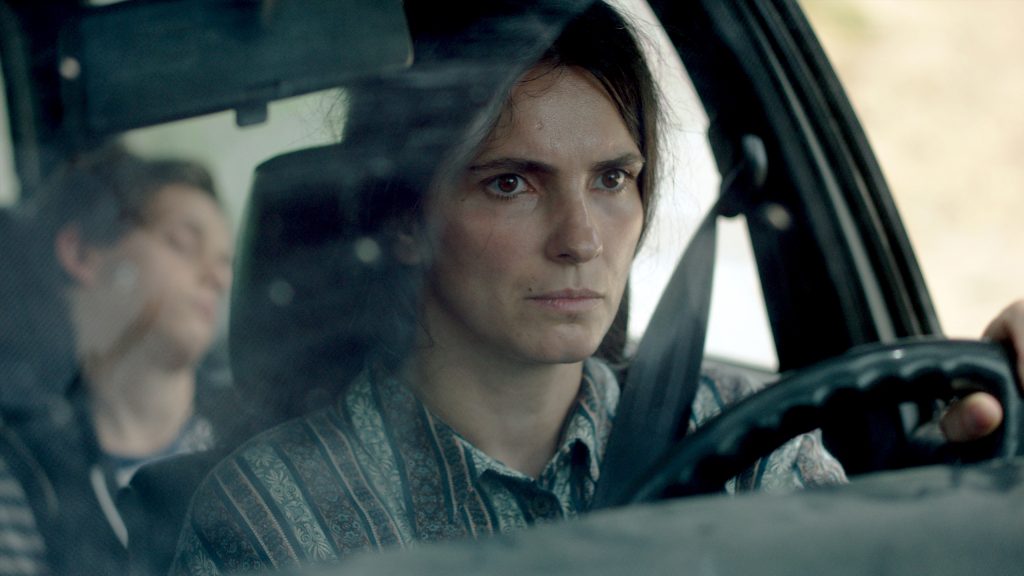 Specifications aside, it is a story of every culture and society where deep-seated misogyny often announces its irksome presence, especially when coming across feminine strength. Depending on situations, the triggers for such announcements could be any common ask. Like in this case, Fahrije’s impassioned desire to run her own business is the harbinger of apparent societal chaos.

When old men in cafes start to have a problem with a woman simply driving a car, you would tend to think that the name of the film might be a hint. For in a hive, a bee colony gets run by feminine energy only. The male drone bees are only there as a requirement for a generational extension. Similarly in this film, a lot of the male characters exists for one reason only. To be obstacles in the path of these women. This display of necessary apparent gall, by these women, is the synergy that takes their families and their neighborhood forward.

Blerta Basholli meticulously notes this in most of the scenes she created. Hive (2021) is filled with shots of repetitive household chores done by the women, to make the audience aware of the tedium. It was apparent from the very first scene of one long-take that Fahrije would have to go through the emotional turmoil of losing her partner. As we watch, the personal barriers intersperse with socio-economical ones; resulting in the summit being more difficult to achieve and hence more satisfying.

Yllka Gashi’s as Fahrije is nothing short of superlative. A story like this provides ample opportunities to show her range as her character goes through extremes of emotions. Most of the supporting cast looks the part and they are convincing enough, especially the women. The story demanded raw uncut evocative images rather than sleek ones perfected by beautiful precision. Director of Photography Alex Bloom seems to keep that in mind.

We have seen films from Middle East present stories with persecuted women trying to bond together and rise above the prevalent patriarchal deterrent. ‘I Still Hide to Smoke’ and ‘Mustang’ are examples of that. Blerta Basholli’s Hive (2021) might just put Kosovo in the picture as well.

One Shot (2021) Review: This One-Take Action Flick is Relentless and Intense, But Lacks Narrative