Charlotte Colbert’s feature film debut, She Will (2021), is a work of psychological horror that stars Alice Krige, Kota Eberhardt, Malcolm McDowell, and Layla Burns. It is another addition to the emerging #MeToo canon of films, with a remarkable little dig at legacy sequels in the same year that ‘Top Gun: Maverick’ was released, a film that quite conspicuously discarded the original film’s female lead. The ‘show, don’t tell’ style goes for an abstract style of horror, with hypnotic montages given preference over exposition. Unlike a lot of present-day works of horror, it foregoes any graphic depiction of violence and focuses greatly on its ecofeminist story, which was clearly influenced by Von Trier’s ‘Antichrist’.

Veronica Ghent gave a star-making performance as a child in Eric Hathbourne’s classic film, ‘Navajo Frontier’. Now, over half a century later, she’s an aging actress who has just undergone a double mastectomy. She’s rude and irascible, treating her caregiver, a young woman by the name of Desi, poorly all the time. As a means of convalescing, she has booked a stay at a solitary retreat deep in the Scottish Highlands. It isn’t just her recent condition but something from her past that also seems to constantly haunt her in her dreams.

The retreat in Scotland turns out to be an utter disappointment. Her stay is far from solitary as the place is populated by a large number of people, including a pompous artist, Tirador. She wants to leave immediately after arriving but a storm accompanied by heavy rain prevents her from doing so. She’s given a room in a cabin in the woods, somewhat removed from the main house in order to accommodate her wish for a solitary residence. The land here is full of peat, which can be found in the drinking water and it even invades the cabin where the two are staying. The land harbors a dark history and as soon as she starts to live there, Veronica’s nightmares intensify as mysterious forces gradually overtake her.

What is the history of the retreat’s land?

The land where the retreat is situated was once the site of a series of witch hunts. Some three thousand women were tried and burnt there, with the last burning having taken place in 1722. A commemoration stone, called the Nighean Wall, acts as a reminder of these horrors but there’s still a tradition of lighting a large bonfire to celebrate the victory of rationality over evil that the witch hunts supposedly signified. The exact piece of land where the cabin is was once occupied by a cannibalistic mother and daughter.

A group activity is headed by Tirador where the guests are made to engage in plein air painting. He informs everyone present there about how a century ago, the spot they’re occupying was populated by industry. Full of factories and men engaged in working in them. The place was also a prized therapeutic spot for ladies because the land had healing properties. The existence of these properties is attributed to the abundance of human ashes in it, from the time of the witch hunts, thereby meaning that the land has the witches quite literally mixed into it.

What happened to Veronica as a child?

The character of Eric Hathbourne is a Polanski-esque character, with the only difference being that Hathbourne’s crime(s) remains a mystery. He is an ingenious director, having apparently directed some terrific films, and is about to receive a knighthood but he has also been a perpetually controversial figure. These controversies seem to stem from how he treats his cast and crew, which he justifies as being a requirement of exploring the limitless nature of the human soul. In 1969, he directed ‘Navajo Frontier’, in which Veronica Ghent starred as a child actor, turning her into a star overnight. 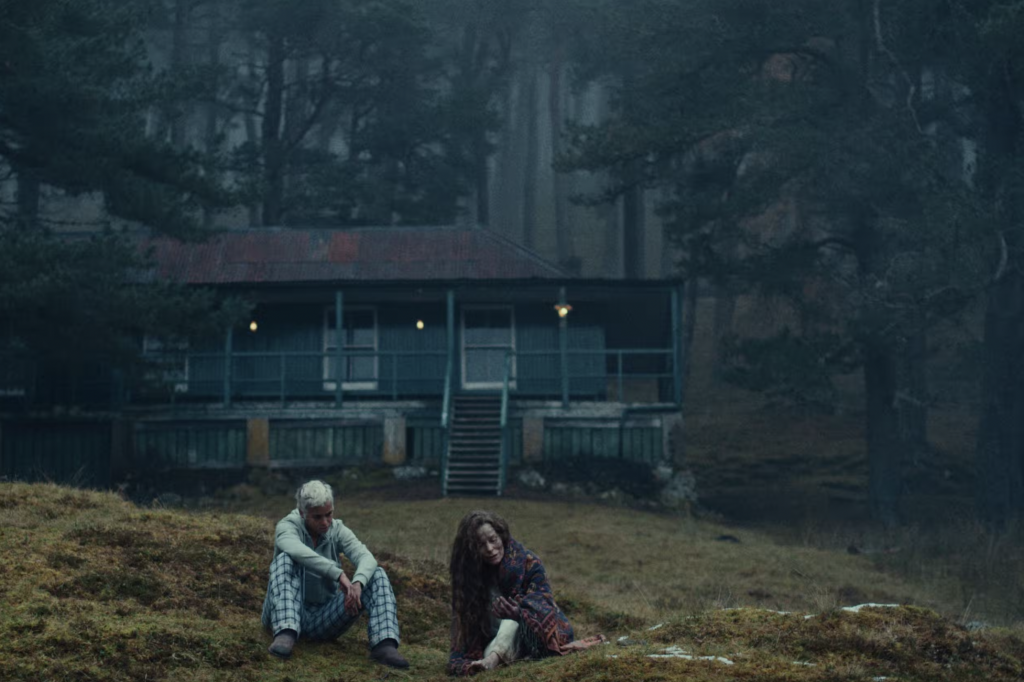 But during the production of the film, Eric quite evidently raped Veronica, or at least abused her sexually in some fashion. The details of this incident remain open to speculation but Veronica was scarred by these events while he went scot-free. In the words of Eric, he and Veronica shared ‘a special bond’. An echo of a girl child saying these words tells us that they’re indeed Eric’s words, which he must have taught Veronica as a defense mechanism, as well as a way of justifying his actions and making her overlook the nastiness of it.

The subdivision of feminism, known as ecofeminism, looks at the connection between nature and gender, especially viewing women as preservers of nature while men as preservers of culture. An essential element of this discipline is how the exploitation of women by patriarchy runs parallel to the exploitation of nature by capitalism. Women, empathetically, are viewed as being more capable of fostering holistic development by being in closer touch with nature.

‘She Will’ is primarily an ecofeminist film, with a strong connection of women with nature that runs throughout. It is her presence in the wilderness of the retreat that invokes in Veronica, a desire to right the wrongs she underwent as a child in the hands of Eric. When Veronica and Desi first come across the stone commemorating the year of the last witch hunt, Desi comments that what happened on that land is creepy but for the former, it’s tragic. Her empathy for what the women underwent during the witch trials is the first hint the film provides us with where it is headed. Tirador mentions how it was women who saw beyond the grossness of centuries-old human remains, entirely decomposed, to be anatomically beneficial. While some of the members of the congregation are extremely disturbed by this revelation, Veronica finds herself quite attracted to the land. Her plein air painting happens to be a smearing of the peat on a canvas, with the word ‘daughter’ written on it in Gaelic.

Shots of Veronica’s familiarisation with the land, like her touching the grass, are spread across the film’s numerous hypnotic montages. She seems to be gaining supernatural powers with every passing night. At one group therapy session, she lights the hand of a bigoted man on fire after he states that blaming the patriarchy is a war cry of hysterical women. When she saves Desi from getting raped, she can control the peat in such a way that it becomes hostile and consumes her rapist. Following the second night when Veronica is asleep outside the cabin, she is covered in the peat that contains the remains of the women accused of being witches. It is right after this that she goes ahead with her revenge, showing how the land, and by extension, the wronged women, empower her in her endeavor to avenge herself.

Following her spiritual unyoking by the land, Veronica proceeds to exact her revenge on Eric, now in search of an actress to play her part in the sequel to ‘Navajo Frontier’. That she can transport herself from one place to another was already shown when she appeared in front of Eric during his appearance on a late-night show. When she finally decides to kill Eric, she uses this ability, as well as a number of others that she’s gained, in her enterprise.

How does Eric die?

While he’s resting, Veronica first appears in front of Eric as her present self. His attempts at gaslighting her do not work any longer as she tells him that she wants to ‘wash him out’. Then, her younger self appears, looking the way she did on ‘Navajo Frontier’, with a bloodied mouth, again complicating the extent of Eric’s abuse. The soot from burning charcoal, which the locals in the Scottish Highlands called ‘witches’ feathers’, appropriately become Veronica’s weapon. A bunch of these witches’ feathers chases a petrified Eric who trips over a parapet and falls all the way down from the fourth floor, instantly killing him.

When Desi finds Veronica in her room, she is covered in witches’ feathers and is in a catatonic state. Desi picks her up and puts her in her car where Veronica slowly recovers, finding herself healed by the plants and the air of the Scottish Highlands, in her visions. In the car, the two ladies come across the news of Eric Hathbourne’s death, which is declared to be a suicide. A kind of maternal care starts to bubble up in Veronica for Desi, negating her statement about hating children at the beginning of the film. Having purged herself of the feelings she had been struggling with since she was 13, she seems to have gained some maternal instincts, which is what made her drive Desi away out of concern, right before she proceeded to kill Eric. The film ends with a hopeful future for Veronica, now clearly more capable of love and affection.

More Like This: Resurrection (2022): Movie Ending and Themes Explained

Tips and Tricks to Follow When Playing Online Casino Games