I always thought that the eternal debate about the greatness of books over movies in conveyance and detailing had already been won, till I realized that there could be films which read like novels. I watched “Kaafiron Ki Namaaz” after a friend suggested that it is a wonderful adaptation of my favourite absurdist play, “Waiting For Godot” by Beckett. It was a movie based on how our immediate politics often penetrate our minds, seeping into its empty corners and condensing in the form of bias, which is easily accentuated by a perpetually resounding media, an inherent trait of cognitive dissonance, and the power of being a member of the majority. One of the characters asks painfully, “Can a soldier ever afford to live a life based on Gandhian ideals of non-violence?” I did not have an answer. But I definitely had one while I was questioning myself repeatedly on why such an enthralling movie had to sit only on YouTube and had not yet been marketed and publicized.Maybe because the silver screen in India is just never ready enough.

This movie had awakened me from intellectual celibacy, breaking my abstinence from Indian Cinema. I found myself treading into unchartered and unknown territories, of young debutant directors who could not provide exotic locations, ahead-of-their-time special effects, and commercialised actors, but served me with literary cinema, the kind of picturesque imagination which was automatically conceived and played in the theatre of my mind when I ran my finger through the pages of a book.

“Court” by Chaitanya Tamhane hit the most ridiculous and oppressive laws of our country where it hurts, raising questions about our right to life, on suicide being a legal affair and the subjectivity of the concept of sedition. It showed how kanoon is not blind to discrimination and could be sidelined by a sufficient amount of wealth, privilege and the caste hierarchy. When I explored Tamhane more after his National Award win, I came across “Six Strands”, a heart-wrenching depiction of the life of a lonely tea-estate owner. To me, it felt like the rebirth of Orsen Welles’ “Citizen Kane”, only in a different context and culture.

Maybe these young directors are not looking for an audience so much as acknowledgement; channelizing their broken hearts and disillusionment and quarter life crises in their stories.“Fandry” would have made Ambedkar proud, being an anecdote of toxic casteism unravelled in the unspoken love story of an adolescent boy, exploring the limits on who is allowed to love, how, and how much – these limits being abysmally low for the Dalits. “Killa” is about a school going boy who always changes cities due to his mother’s perpetually transferring job, and could never make friends till he finally understands how to find meaning in this transience, instability, and makeshift life.“Aankhon Dekhi” is about an existential crisis, the denial of death, about galloping old age and the overwhelming confrontation with the meaninglessness of life. It has a Dostoevskian protagonist, with typically Albert Camus dialogues, and could easily pass as a culturally rehabilitated remake of “Into the Wild” or “Birdman”.“Brahman Naman” is about nerdy men with perennially erect sexual expectations, who fight in their hearts a hilariously uncertain battle between their introverted courage and inquisitive desires, only to realize they can score in quizzes but not in their sex lives.“Haramkhor” is an indigenously conceived Lolita, about the pale fire of love between a minor girl and her older teacher, consequently ending in burns and blisters which would never heal. 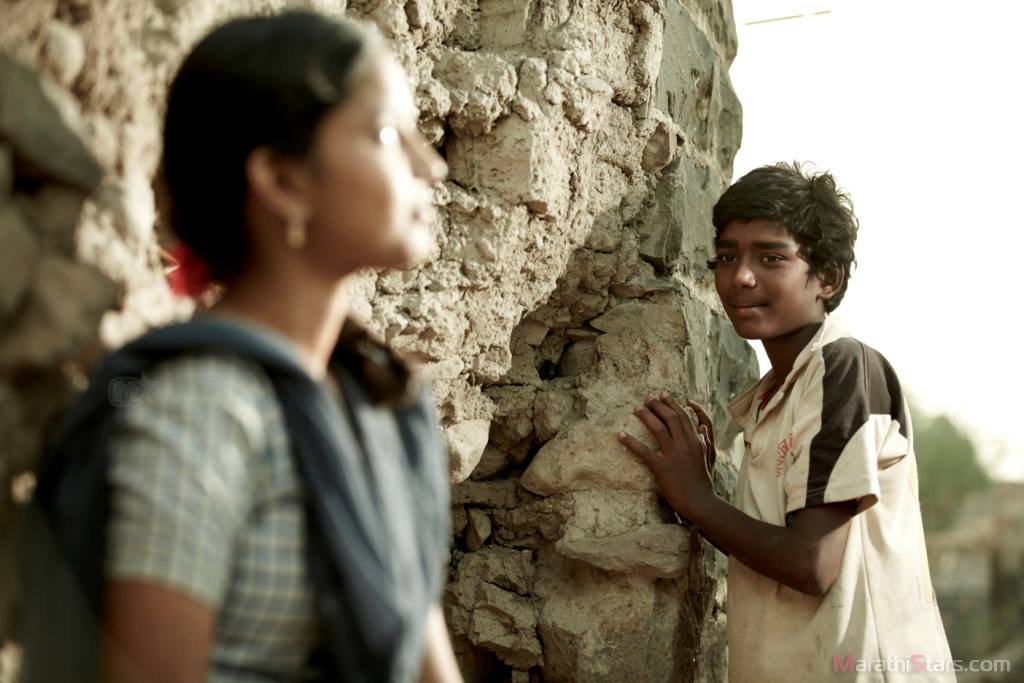 Qaushiq Mukherjee, Nagraj Manjule, Avinash Arun and Rajat Kapoor have constructed a face for Indian cinema, so modern, artistic and new that it is startlingly unrecognizable. These new-age directors are not only different in approach but also in motivation. They do not tap on the stereotypical, told and retold themes of upper-class families facing mild inconvenience or beastly muscular men winning the hearts of damsels in distress merely by removing their shirts, or lovers struggling to catch a glimpse of each other from two different sides separated by the unmovable obstacle called “dad”. They tap on the average class of families, the ones who stay together because different kitchens are expensive and so is societal questioning and criticism. They tap on beastly desires, muscular fits, lower caste damsels and cognitive obstacles. Their works are still about the inconsistency of love affairs, but this time between our own minds and hearts. They are still about romance, but about making love to our own needs.

Karan Johar’s Confucian ideals about family felt out of touch with reality for me, since family values are much more rigged with insecurities, much more loop-holed with selfish priorities than shown in the divine portraits he drew. The reality of family is shown much better in “A Death In The Gunj” by Konkana Sen in which Shuttu feels like a dead insect in a chaotic joint family hustling and bustling in order to complete the chores of child rearing, cooking of meals, and the essential imposition of masculinity, such that love is reduced to a formal responsibility. Reduced to a necessary cohesive force, a fair measurement for allocation of food and space resources, or just an inescapable duty rather than anything foundational, comforting and nourishing.

In “Ship Of Theseus”, Anand Gandhi puts our whole lives in front of a prism, and shows how we are filled with inconsistencies in an ironically consistent way. The story has a blind photographer who starts loathing her pictures once she gets her eyesight back, since with more consciousness comes more noise. It has a science-minded monk who lobbies for the rights of animals used to test drugs, and is almost pushed to the verge of protesting medicines – being so religiously engrossed in his ideas – till one day he is diagnosed with a disease which only medicinal treatment can heal. And it has an angry young man who works like a money minting machine, until one day he is shocked to discover that he possesses human values that he never knew he did. The film ends with a portrayal of Plato’s allegory of the cave, a subtle summary of the movie, also making it clear to me in summary that Indian cinema does not care about being eye candy anymore. It now wants to be a feast for your brain, it is trying to compete with the books on your shelves, slowly inhabiting the crossroads that bring education and entertainment together.

In these interesting times in which the nepotism of the film industry spreads like an epidemic, one thing that can be curative or shake the roots of our Orwellian censorship which does not allow experimentation and expansion of art in cinema is the idea of bringing movies online. Netflix, Amazon Prime, YouTube help with the distribution and marketing of movies which otherwise would not have been able to afford the necessary publicity, and also lets us pay for what we consume. Only a few months ago, I stumbled upon a beautiful documentary by a bunch of graduates from IIT-Kharagpur named “The Unreserved” which was an account of conversations and exchanges that take place in the general compartments of Indian railways. It was so surreal, so close to ground reality and so Richard Linklater in terms of film-making, that I do not miss Hollywood anymore, and I have slowly learnt to move on from Satyajit Ray.

An unnoticed cinematic revolution has been planned and has already started burning up the public commodities of social prejudices and mass-appeal. Literature has been growing its vines on the big screens, its creepers blending into the scenes which are now metaphors instead of milestones for a naive script, all set to help the audience sniff for a plot like rats sniff their way into rat-traps. This cinema is a newborn, a reincarnate; for such cinema, this is a homecoming.

In 2015, “Masaan” was publicly well-received despite being risky, and is a quintessential representative of the advent of fresh cinema, enabled by these debut directors. A story with an unflinching tone, a poetic sequence of scenes which flow like melody, like freedom, and characters whose own trajectories form the very plot of the movie. “Why does this sadness never end?” asks one of the leads in the movie, perfectly capturing the theme: that in this evolutionary game called life, sadness is never eliminated. It goes on and grows on, only caring about the survival of the emotionally fittest. When did movies start being a part of our own spiritual and emotional expeditions? I do not know. But it is enough that they are now, and I cannot wait to see when this revolution will climax, what its future plot will be, and how we the spectators will dance and float in the backdrop, as the prime characters and also as the very scriptwriters.