The Fantasy of Reality in the Films of Jim Jarmusch:  cinema has much more interesting ways of reaching the mass viewer than high-budget productions. The modern blockbuster relies on familiar names in front of and behind the camera, in some cases, the plots are easily digestible, and their accessibility is infinite, rotating in almost every cinema imaginable. On the other side are films limited in funding, relying on auteurism, which is likely to take two different directions – innovation or sluggishness, tending towards pretentiousness. As a whole, these stories don’t offer a great opportunity for a particularly impressive marketing campaign – no more than one actor is known, the poster might be intriguing, but the distribution is still strictly festival because audiences there are more prepared for what they are about to watch.

Against the backdrop of these opening words, Jim Jarmusch’s films can’t settle a place in either category. A rich variety of genres can be found in them, featuring some of Hollywood’s biggest stars (Bill Murray, Adam Driver, Tilda Swinton, Johnny Depp, Winona Ryder, the list is endless), as well as those from the music industry (Tom Waits, Iggy Pop, Selena Gomez), and invariably present is recognizable, stand-out dialogue. Whether it’s a zombie apocalypse, cab rides in five different parts of the world, conversations over coffee and cigarettes, depressed, lonely vampires, or a depressed, lonely poet, when watching a Jim Jarmusch film, one feels like they’ve boarded a train. The journey may be longer or shorter than expected and besides, it’s not impossible to fall into a quiet existential crisis, due to the lack of any serious action around us, but at least there’s some sense of security that, for about an hour and a half or two, we’re separating ourselves from the stressful reality and join another, which will help us relax as we watch on the screen losers similar to ourselves.

However, it is a lie to label these characters, or the plots they are a part of, as lazy or falsely sophisticated. Perhaps because of this misplaced criticism, intentionally or not, “The Dead Don’t Die” is an outright parody that should be taken more as a gathering of a group of friends who decided to make a movie and any idea, they thought was funny, made it into the script, rather than some sort of simple horror film. Since his 1980 debut, “Permanent Vacation”, Jarmusch hasn’t had a defined genre to constantly work on, and perhaps in this respect, it could probably be said he’s similar to another contemporary hipster favorite, Wes Anderson. Or in other words, so strictly auteur is his cinema, it has become its own genre (like also, for example, David Lynch). But this shouldn’t mean he doesn’t get inspiration from elsewhere. Even he admits, “There are a limited number of stories, but there are an unlimited number of ways to tell them.” and also advises, “Nothing is original. Steal from anywhere that resonates with inspiration or fuels your imagination. Devour old films, new films, music, books, paintings, photographs, poems, dreams, random conversations, architecture, bridges, street signs, trees, clouds, bodies of water, light, and shadows. Select only things to steal from that speak directly to your soul. If you do this, your work (and theft) will be authentic. Authenticity is invaluable; originality is nonexistent.”, wise words, which he undoubtedly fulfills. 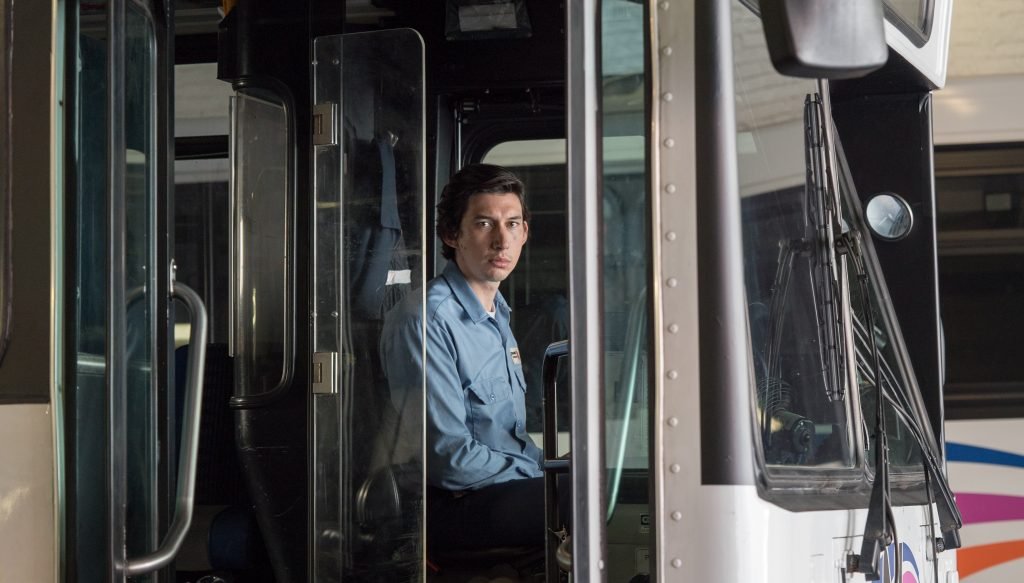 Moreover, the style evident in Jarmusch’s films is not forced; its appearance is justified and to a certain extent subordinate to the characters, who in turn, always seem ordinary in the peculiar events, involving them. Despite this normality, one should not be misled into thinking these personas are boring. But even if they are accused of being unremarkable individuals, once they get together, a curious conversation ensues. There aren’t many activities as opposed to talks, but the risk to use dialogue as an action actually works. A pleasant melancholy and complete isolation, both on the big screen and in the cinema hall, occurs. It is apparent that each character lives in their own reality, alienated, though not completely, from the outside world as in doing so they find peace. Most often these are people close in interests or nature and they should supposedly get along, but in fact, the more identical the characters are, as long as they meet at a different stage in their lives or in a particular mood, the easier it will be for them to quarrel to the point of reaching a conflict. And in most cases, they create their own problems due to their misunderstanding, instead of being pressured by someone else’s opinions or other more logical factors.

Though most of the time, independent, Jarmusch’s films have never seemed restricted by space, ideas, or runtime. “Stranger than Paradise”, “Night on Earth”, “Coffee and Cigarettes” and a host of other examples could be given as counterarguments to this statement, however, they wouldn’t be entirely valid, because the aforementioned three titles don’t need to be anything more than their final cut. It can’t be said that compromises were made, anyone else’s requirements were followed, and complete creative freedom is evident, which in itself is a success.

On the other hand, accusations that Jarmusch makes his films by putting together several shorts united by a common conceit have some right. There are times, when the tone is not quite consistent, because of this choice of story structure. In the otherwise lovely and nearly perfect “Only Lovers Left Alive”, Ava doesn’t fit as well as the catalyst for conflict as she was probably intended to be. Her vibrancy and joy are in complete contrast to Adam and Eve, which on a script level should work, but before her first appearance on the screen and after she disappears, she remains too distant and incongruous with the already established atmosphere. In “Patterson”, this kind of change is executed excellently, because (without going into unnecessary spoilers) it doesn’t happen until the last scenes and closing lines; it turns out that all we saw in the last hour and forty minutes or so, was leading up to this moment when the protagonist finally comes to an epiphany. He continues to perceive himself and the people around him as insignificant, yet he discovers a new part of life – a pure and innocent one. Therein lies the true meaning of his job as a bus driver and as a poet.

Cinema does not need to constantly go for new technological improvements and methods of shooting to remain relevant. Not all films should tell epic stories or be sequels, remakes, and spin-offs in order to attract an audience. Sometimes even a simple synopsis is enough to make the viewer feel good, not just because of the comfy, leather seats and the warm popcorn, burning on their laps, but because of what they are watching on the screen. It may not be loud, the plot is disjointed and the characters don’t have entirely easy-to-explain motivations or likable personalities. However, it’s a figment of the imagination of a man with a clear vision, unconstrained by studio executives and their sick money-making ambitions, turning, more often than not, art into an uninspired product, so it’s worth watching Jim Jarmusch’s work. At the very least, it will help you to take a break from the stress lurking everywhere outside.