What Antonioni managed to depict with ‘L’avventura’ and the succeeding two films in his ‘Alienation’ trilogy was how the physical world can violently impose itself on individuals. Not nature, but man-made structures. Neither the architectural wonders of the Renaissance nor post-war marvels were seen as edifices to admire but instead as disparaging giants looming over a people lost in a historical transition. It’s an undertaking that is so intrinsic to its creator that doing justice to similar themes with a similar style is a near-impossible task. And yet somehow, Edward Yang, a forgotten master of Eastern cinema, managed to do just that in a most surreptitious fashion with his 1985 film, ‘Taipei Story’.

‘Taipei Story’ deals essentially with a romantic couple who are now at that juncture of their relationship where an inexplicable exhaustion with each other has crept in. Chin is a former corporate employee whose position in her company was a distortion that is indicative of the film’s own struggle to grasp a clear stand. Lung manages his family’s ‘fabric’ business (specifically not textile!) but is often seen dreaming of his childhood as a Little League baseball player. It is never made explicit if he is nostalgic or merely using reminiscence as an escape. But ‘the world isn’t like [his] simple world of baseball’, as an old flame says and it’s evident that their relationship has certainly seen better days.

As the film opens, we see Wang and Chin looking out at the view from an apartment’s balcony door. Trapped by the doorframe within the frame, they are further separated by its two sections, a rift portrayed through visual storytelling immediately. They plan to move though Lung has his reservations about its need for renovation. The apartment is a fairly typical example of modern urban residency with well-lit rooms and neutral colours. Yet it has a drab quality about it, one that does not make it seem welcoming but instead, just accommodating. Indeed, that is how one can describe the aesthetic of this film, a deliberate exercise in banality.

The characters here are ensconced in the gray concrete jungle of Taipei. Like Antonioni’s characters, they are entrapped by their space and engaged in a perpetually unconscious struggle to break from it. For Chin’s sister, it is an escape to Japan that highlights a vibrant world of possibilities whereas for Chin herself, emigration to the US is a way out of the debilitating ennui. In other words, the solution is seen as a break from that space. Lung’s statement on how the latter is an illusion about starting over, coupled with their professions shows how they are both in search of two very different worlds – one wishes to move forward even if it is into an unsure realm, the other sees no point in it and is in a stasis of complacency. 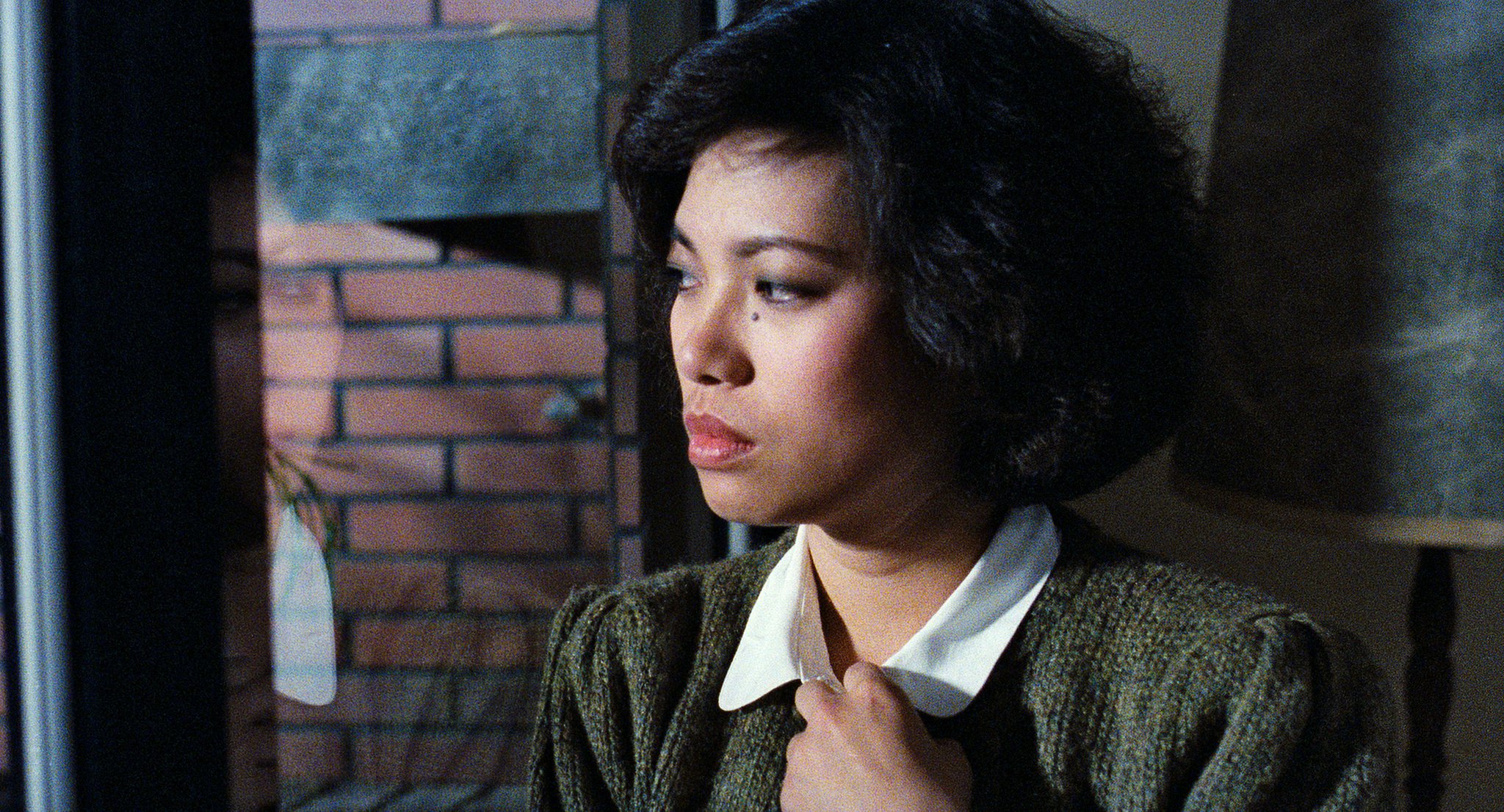 In a scene when Chin returns home late and Lung does not ask her where she’s been, she is saddened by his indifference. The portrayal here is not of a couple deeply familiar with one another but rather one that has given up, or at least Lung has, on trying to keep up. Unlike Antonioni, these characters though are not entirely distant and cold but have a detachment that is accentuated by their humdrum surroundings.

Like the majestic dullness of Milan in ‘La Notte’, ‘Taipei Story’ is a mourning of the onset of modernity that has rendered a space completely unrecognizable for even its own inhabitants. An architect, Fe, a colleague of Chin’s, while looking out of their office window at the buildings in front, comments that he cannot recognize what he designed and what he didn’t. The homogeneity of the surrounding buildings, with their lack of colour or distinctive features is almost horrifying to look at. It is as if the dream of capitalism has been reduced to a nightmare of monotony, where beauty is nonexistent and individuality itself has been diminished. The brutalist architecture creates a landscape that is removed from a dystopia only by the virtue of its perfect forms, which ironically is what makes these structures so tedious.

Related Read to Taipei Story (1985) : The Seven Shades of Love

Yang captures this with interspersed shots of various high-rises, clogged streets and freeways across the city and like Fe, we too start to wonder whether we’d be able to tell one building from another. These buildings do not exude any humanity but have a mechanical quality about them, as if they were not created, but simply manufactured in the perfunctory fashion of an assembly line worker’s execution of their duties. A wide shot of Chin’s office building, full of creepers on its walls can easily be mistaken as an urban ruin. This rare intermingling of nature and culture, in a passing moment, situated inside a space that Chin is deliberately leaving portents the dullness she is heading into. Taipei is presented like a maze, where every nook and cranny is so identical that an unassuming wanderer would be hard pressed to tell the difference.

But for Yang, the film is not a yearning for the past or an exploration of nostalgia. The characters do not exhibit the existence of a past except for Chin’s father. As a couple, the two of them never speak about their past, even as a method of reconciling upon fighting. Lung’s rendezvous with his old love, Gwan, too suffers from this amnesia. She tells Lung, in a characteristic fashion that former lovers employ to critique one another, that he never loves anyone, only sees people as an object of his pity. This rare moment of insight into a character, which is something that one can only delve into after long ponderings, again highlights how removed they are from any past they might have had. In fact, perhaps that is the film’s greatest tragedy, that it moves within a space where time is static. 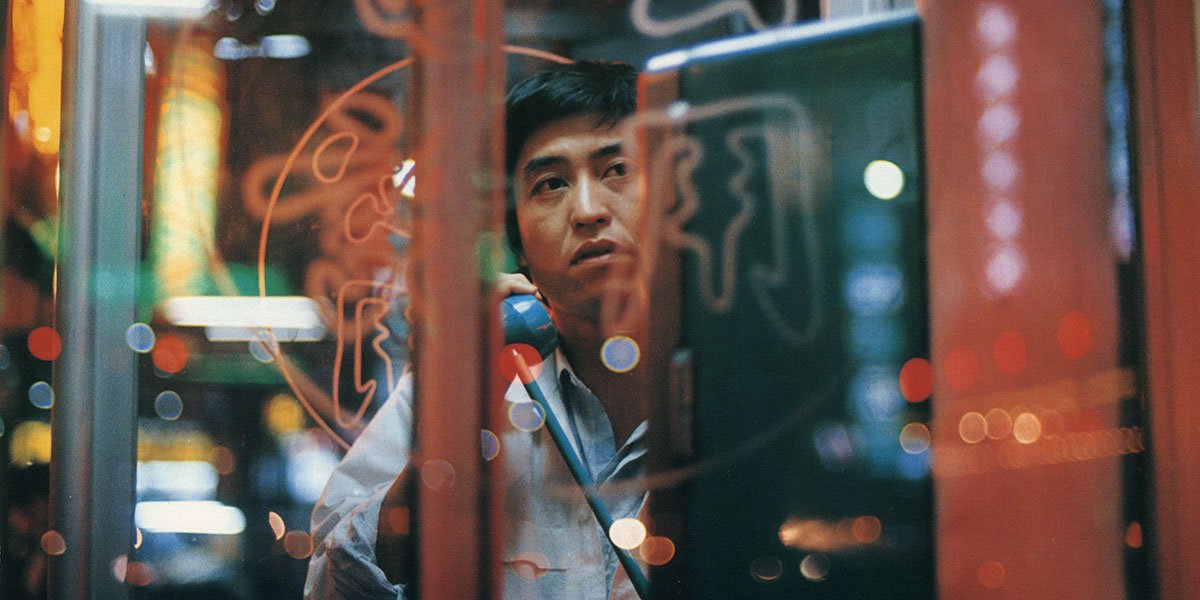 The past, be it an individual’s memory or the collective history of the city has seemingly been obliterated by modernity that is both tangible from the space itself and the feelings, or lack thereof, within the characters. The absence of the past is a complete lack of it, not an absence because of its temporal distance.

When this stasis is broken, the consequences turn out to be disastrous. While Lung and Chin vaguely discuss a future away from Taiwan, Fe, clearly in love with Chin, calls her to request her presence and possibly ask her to run away with him. We see him, in a rare moment that bursts with colour, in a phone booth that is reflecting the lights from advertisement signboards around it. Perhaps Fe is a promise of a more colourful future, or maybe, by engulfing him in the lights of what embodies consumerism, Yang is showing us the hollowness of that promise. Gwan’s recollection of their schooldays to Lung which is rebuked by him develops into a commentary on his character from her instead of a wistful sharing of memories. Chin’s father, a man shamelessly in debt, is the only character aside from Gwan shown reminiscing. His remembrance about his youthful days is followed by a series of shots of older buildings, now slowly dilapidating from negligence, another example of the collective desire to abandon what is gone.

The most catastrophic of consequences is when Chin’s secret admirer ends up in a street fight with Lung. The unceremonious nature of it makes it look like a random scuffle but as it turns out, Lung is stabbed and starts losing blood rapidly. He was placed in that situation by a cab driver unwilling to get entangled in Lung’s trouble and his search for a cab on realizing his injury fails as well, again underlining the absence of humanity. In his final moments, as he sits on the pavement, he is seen remembering his team’s Little League victory in 1969, regressing into the past one last time, this time in possible yearning and as a break from how prosaic his existence had been up until that point. While tragedy by definition is characterized by the consequences of a break from tradition or uniformity, the tragedy here is conformity itself.

The questions of modernity and how it can sever an individual from their past or even the dream of a future is where Yang separates himself from Antonioni. His characters do not regress into the trap they’d broken away from momentarily but somewhat find a resolution to their melancholy. ‘Taipei Story’ is an elegy for a city. As Japanese and American cultural phenomenon dominate desire, any faith in the space and the culture at large, on their own, is completely destroyed. A horrifying gloom prevails throughout, in Taipei’s physical form and in the spirit of its people . The only time we even see a spiritual monument in the form of a Buddhist temple is at night, covered in lurid lights with an advertisement of a politician on it. The moment in history Taipei is caught in is exactly what its characters reflect, to do away with what is in the past in search of the future but failing to do either, resulting in a purgatorial trap from which death is the only real escape.

Incantation (2022) Movie Explained: Ending, Themes, & The Trauma Of The Past And Karmic Retribution Analysed