Home»Reviews»Identifying Features [2020] Review: A story of a mother looking for her son
Reviews

Shot as if it were atmosphere, ‘Identifying Features’ (Sin señas particulares) has a pretty much non-male crew.  In spite of the two main producers being male, gender really stands out as this is also a film showing us a mother who fixates on finding her son. She sets out mostly by foot, embarking upon an impossible journey. Something similar is explored in the Iranian film ‘Pari’ (Etemadi, 2020), but there, at least, Pari is looking for her son in the alleys of Athens without the barrier of a language gap.

Here, Magdalene (Mercedes Hernández) is walking wherever she can with bare essentials in a bag. Blame the opening for it all! On a misty day, we see the son (Juan Jesús Varela) arriving at their house. As the camera moves towards the space where a door is meant to be, we briefly see his face for the first and last time, perhaps. “I’m leaving with Rigo. His uncle will find us a job in Arizona,” he says.

Related to Identifying Features – The 50 Best Films Of 2020

He walks away, turns back, waves at his mother, and walks straight ahead. Magdalene, seen across the field, is first heard in voiceover, saying that he has been gone for two months. And then in close-up in a police station with Rigo’s mother. We learn that Rigo is dead. Magdalene’s son, named Jesús is presumed dead, too. But she is not having any of it. Rigo’s father drops her at the nearest bus station which is miles away. 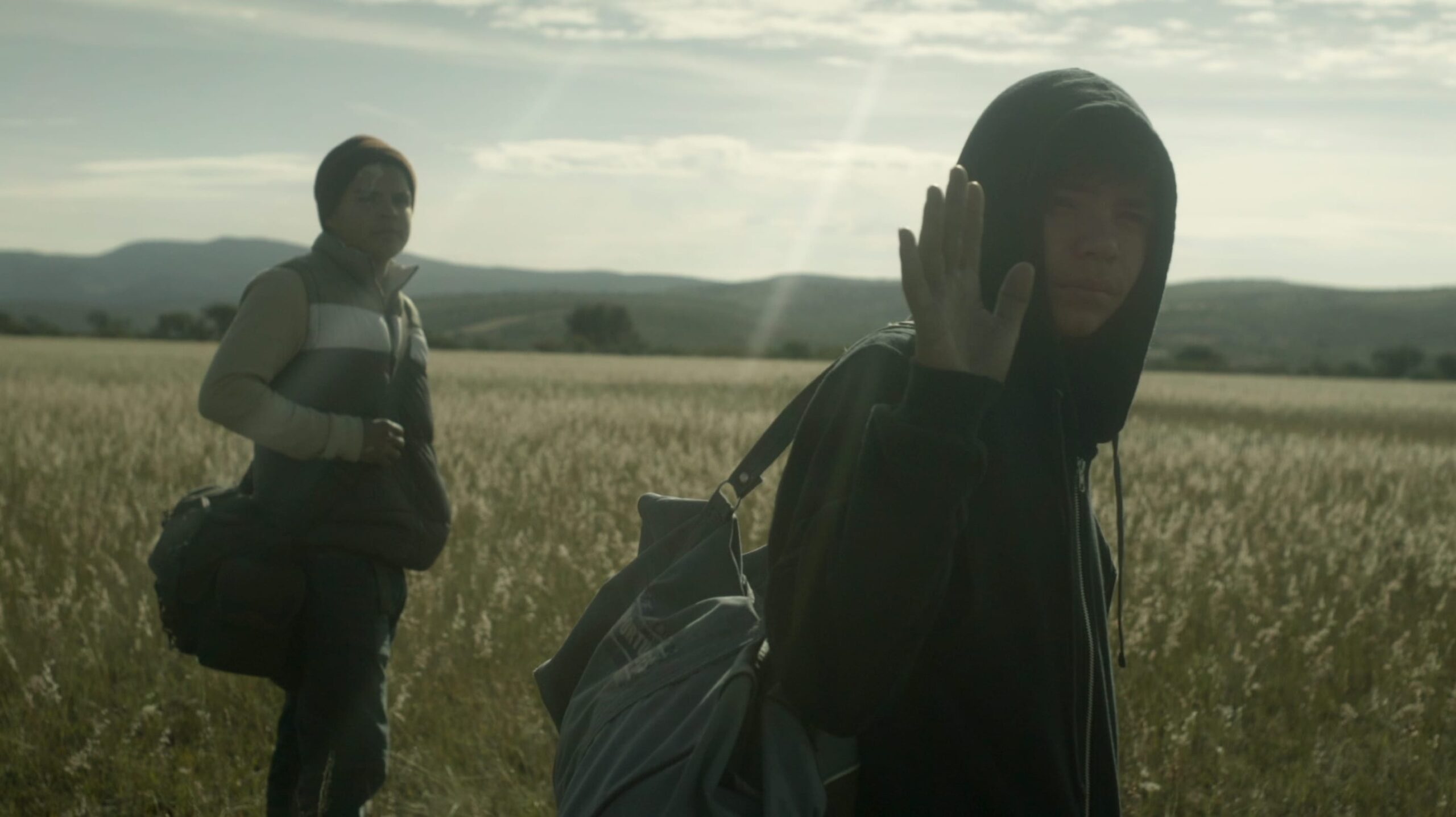 She finds his bag but not him. Valadez, all of a sudden amps up the music and introduces us to Miguel (David Illesas). She confidently starts running his story in parallel to Magdalene’s. As Magdalene goes to the bus station trying to look for the driver, Miguel seems to be making his way somewhere too. The former story becomes tighter and the choices that the writer-director makes by not showing faces or not translating lines of people who speak with her are bold, to say the least.

At 95 minutes, the editing is crisp but it also manages to make room for believable resolutions to the stories we have been watching unfold. Miguel’s story has an ending and so does Magdalene’s. It only speaks to Valadez’s talents and skillful collaboration that everything works.

This drama mainly focuses on immigrants from Mexico who want to cross the border from Mexico to the US but don’t have money to do it the right way. The film centres around its characters and let the violence play out around them. An element often found in quite a few Mexican films that equates violence to Mexico’s reductionist stance, but Valadez steers away from that and lets the plot play out with this affair in the background.

Also, Read – I Carry You With Me [2021] Review: A familiar queer love story that cleverly merges into a docu-fictional narrative

With blisters on her feet and a wet blanket in the cold, Hernández’s performance is at once fierce and sensitive. She walks quietly and quickly for most of the film but her resolve in finding her son doesn’t seem foolish. She has a face that, despite being still conveys a thousand words. Just a shot of her walking had enticed me into the film, initially, and I am glad it did.

The clouds, finally, do make an appearance at the end of this film, challenging its viewer and Magdalene to think of everything that has transpired. Embers of fire later juxtapose the mist found earlier in the film. I still feel the film is more mood than plot, and there is a lot of plot. In any case, Valadez is not the one to trick you for a response. She is also not the one to make a case for any of her subjects. She is the kind who lets her film speaks for itself, and how.