Home»Reviews»I Carry You With Me [2021] Review: A familiar queer love story that cleverly merges into a docu-fictional narrative
Reviews

The greatest asset of Oscar-nominated documentary filmmaker Heidi Ewing’s “I Carry You With Me” has to be how cleverly and unexpectedly it merges into a docu-fictional narrative after motioning through a pretty familiar queer love story. While the film is a moving and poignant tale about sexuality and living with the immigrant experience, it is the transition that actually makes one sit up and take notice. This is its biggest achievement and possible setback –  making the overall impact of the love story feel subsidiary in comparison to the perils of the American dream.

“I Carry You With Me” opens with flashbacks of Iván’s (Armando Espitia) childhood. We see the young guy take a special interest in the food that his father’s been selling on the streets of Puebla. This is a typical setup for introducing our protagonist as someone whose aspirations lie in becoming a chef. Cut to the present day where Ivan is fixing toilets and washing utensils at a local eatery.

The next reels show us Iván’s broken marriage. He is a sweet-natured gu but since he has already parted ways with his wife and occasionally gets to visit his son, we know hints when they are thrown in so bluntly. Enters Sandra (Michelle Rodríguez), Iván’s childhood friend and confidant who takes him to a secludes gay club where he gets introduced to Gerardo (Christian Vazquez).

Related to I Carry You With Me – A Ghost Story [2017]: The New Standard for Existential Filmmaking

There is instant lightning and connection between the two. Gerardo, who is a professor at the local university is open about his sexuality, but Iván isn’t ready or can’t take that leap yet because he simply couldn’t risk not being able to see his son anymore. At this point in the runtime, Heidi Ewing digs into more generic expositions, sans their respective abusive fathers, and how being openly gay in Mexico is frowned upon. 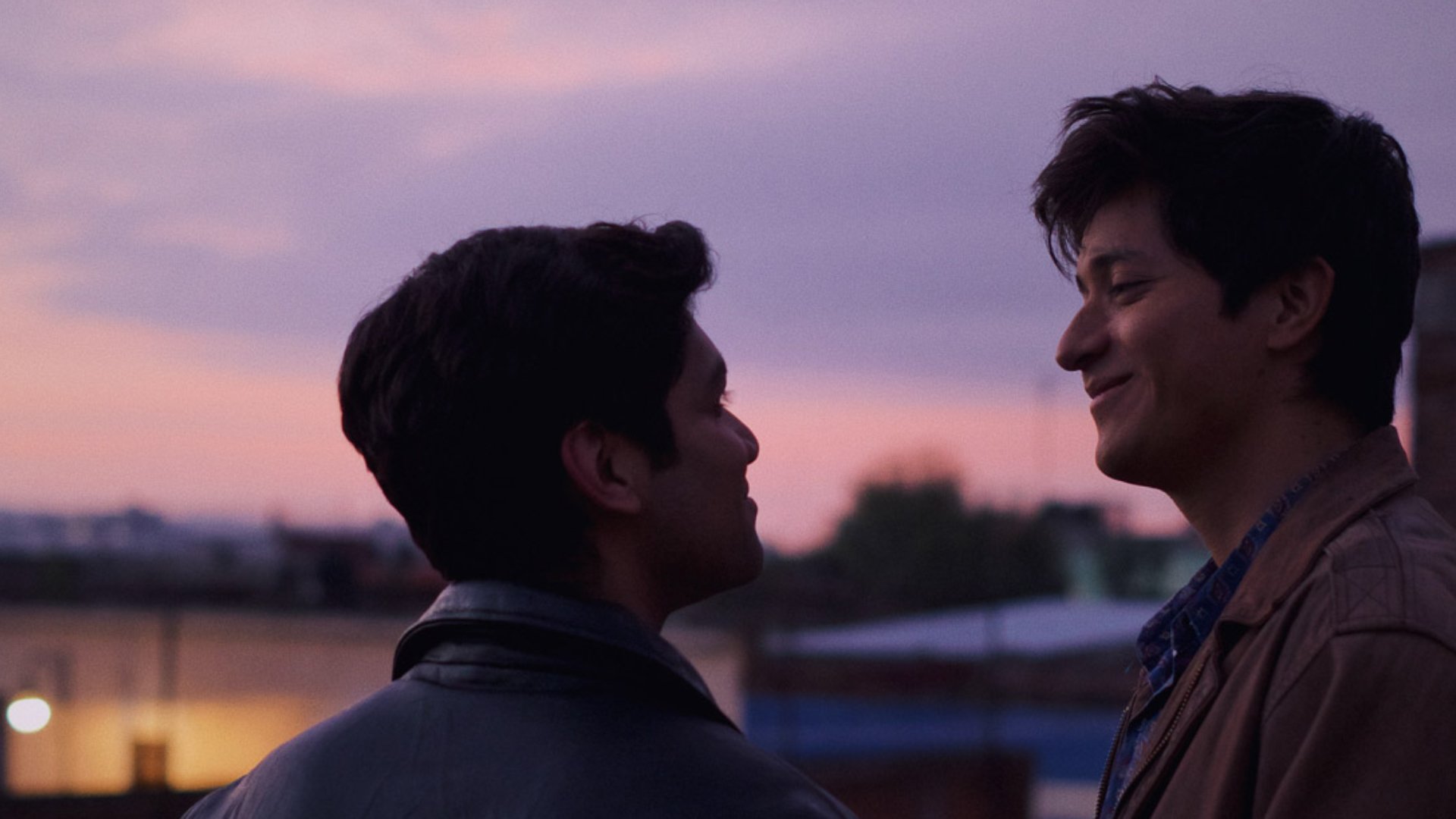 For Iván, the need to immigrate to the USA comes from two things. Firstly, to get better opportunities as a chef other than just doing stuff around a kitchen, and second, to be able to escape the repression that is automatically induced on his psyche for being homosexual. This next part of the film finds him finally taking the leap and fleeing to Mexico illegally. If getting there wasn’t a struggle on its own, surviving New York and the new environment without something to fall back on becomes aggressively difficult for Iván.

Much of the film is about how love is the only thing that keeps people going. Iván did not take into consideration that chasing the American dream also means having to live away from people he loves (especially his son). Being an illegal commodity with no paper, it is impossible for him to go back to his homeland. The ache of not being able to do that is actually bigger than anything else.

Coming to the film, “I Carry You With Me” is pretty generic till this point. However, something truly exceptional happens to the narrative after that. The film moves ahead in time and we don’t just see the present scenario for the two lovers, but also get a newer lens to see Heidi Ewig’s film through. The final act is her way to really grip you to the earthing quality of this story. The film finally moves you and brings you to the ground reality. Making this familiar queer story really dig into the roots of the problems that come with being sexually aware, and also with moving away from a place that had been everything to you.

The eventual shot at the American dream is neither glorified, not undermined in the film. This somehow washes away some of the flaws that come with the conventionality it couldn’t free itself from. While the film has spurring moments of a transcendental romance, Heidi never manages to build the fictional narrative into something that truly makes you love the world she creates around them.

Their worries, their wants, wishes, and needs don’t feel palpable. More so, their troubles don’t really hit as something that can move you. Thankfully, most of these flaws that come with a tired script for the first two acts don’t matter towards the end, but I was left wondering how moved I would have been if more effort was made into conceiving something that felt ethereal.

I Carry You With Me Links – IMDb, Rotten Tomatoes