“Do Not Hesitate” opens with a 5-minute sequence of our protagonist playing the drums, with energy and ferocity but also with a semblance of fun. Once the set is complete, he disembarks his seat, sweating with glee. He wears his military vest, takes his rucksack, bade goodbye to his parents off-screen, and walks out.

Director Sharif Korver crafts a war movie that starts off as a thriller. Shot in a 4:3 resolution, with the protagonists more or less restricted to one location, Korver’s treatment also brings to mind the vibe of a western of the 40s. In the unnamed Arab country (most probably Afghanistan), a part of the convoy of trucks breaks down. While the majority of soldiers return to base, a select group stays to guard the truck.

Related to Do Not Hesitate – I Carry You With Me [2021] Review: A familiar queer love story that cleverly merges into a docu-fictional narrative 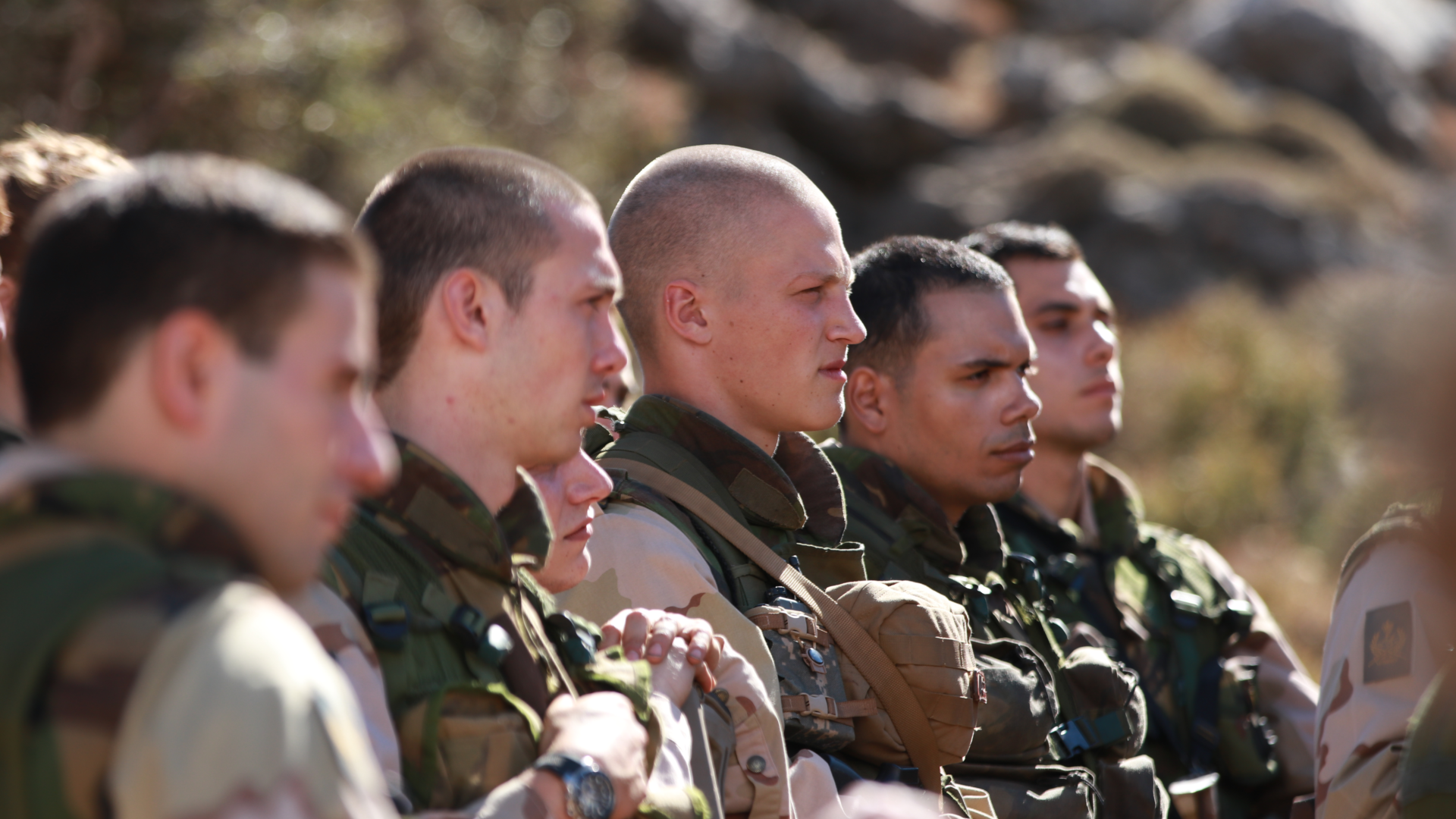 The group of soldiers in the convoy are mostly just out of adolescence, buoyed by a sense of adventure and scared of the unknown. As a result, they are ordinary. They are young, angry, scared, and in their anger and fear, they make rough or stupid decisions. Thus their reactions to events are much more normal than what we as viewers are ready to acknowledge.

Korver through this meditation into anti-war transforms “Do Not Hesitate” from an adventure film to an exploration of throwing inexperience into the heat of war. His exploration of Erik, the protagonist is fascinating. Erik is kinder towards the kid, trying to offer him water, placate his anger. He fails to realize the deep-rooted anger the inhabitants of that region have towards invaders. Korver thus shows the effect of Euro-American imperialism throughout history.

The ensemble cast is a committed one, ready to go where the screenplay takes them. Fear and anger cause their emotions to boil over, which again causes them to have a stubborn streak; deflect responsibility. And when it finally becomes too much for them, the climax of the movie feels almost inevitable, but the movie doesn’t end. Korver is intent on exploring the aftermath of the event, giving the movie a profound epilogue. Youth is destroyed, the rose-tinted glasses are gone, leading to a world of trauma, suffering, and guilt.

Sharif Korver and cinematographer Nadim Carlsen craft a gorgeous-looking film. The 4:3 resolution maintains the sense of claustrophobia and unsettling dread, even as the dusty and dreary landscape stretches for miles on end. Jolein Laarmaan’s screenplay is good at shifting the genre from adventure to thriller to anti-war. I only wish that shift was far smoother in execution. However, as an exploration of the lowest-ranked soldier, saddled with responsibility, unable to visualize the big picture, and finally discovering the monster inside himself; “Do Not Hesitate” succeeds in creating an unsettling resultant motion picture.