“Tell me something girl, are you happy in this modern world?”

It has been almost two full days since I watched A Star Is Born. The film still lingers on my mind. And I expect it will continue to over the course of the next few days. Beautiful and haunting, A Star Is Born was among the rare films that really made me feel. And no, I have not seen any of the prior versions so while this may be a tale as old as time, it was fresh to me on my viewing.

Jackson (Bradley Cooper) is a successful musician and an alcoholic with a troublesome upbringing. He encounters Ally (Lady Gaga) at a bar when she blows him away with a performance. Artistic and romantic sparks fly as they’re whisked into a whirlwind romance and Ally is given a platform to display her talent and become a success story herself. What happens next? I’ll leave for you to discover if you’re not already familiar with the story.

“Or do you need more, is there something else you’re searching for?”

I’m not usually one to fall for or be terribly invested in cinematic romances but I found myself completely into this one. It was so well written, organic and well-acted. Bradley Cooper and Lady Gaga share a wonderful chemistry. They go further to bring a depth and warmth to their relationship that you can’t help but succumb to. They capture the passion, playfulness and comfort partners would share with each other all in equal measure.

Bradley Cooper looks and sounds nothing like his previous appearances. He disappears into Jackson, creating a sympathetic portrait of an aging Rock-star. He plays Jackson with a vulnerability that speaks volumes about how you see the famous versus how they see themselves. The character is honest and aware of his shortcomings and never pretends to be perfect. There’s a scene in which he’s trying to keep a level head and not submit to his intoxication at a key moment in the film. Not only does this moment bring to the forefront the power of his performance, but also his direction as all aspects of the film come together to create a wave of tension. 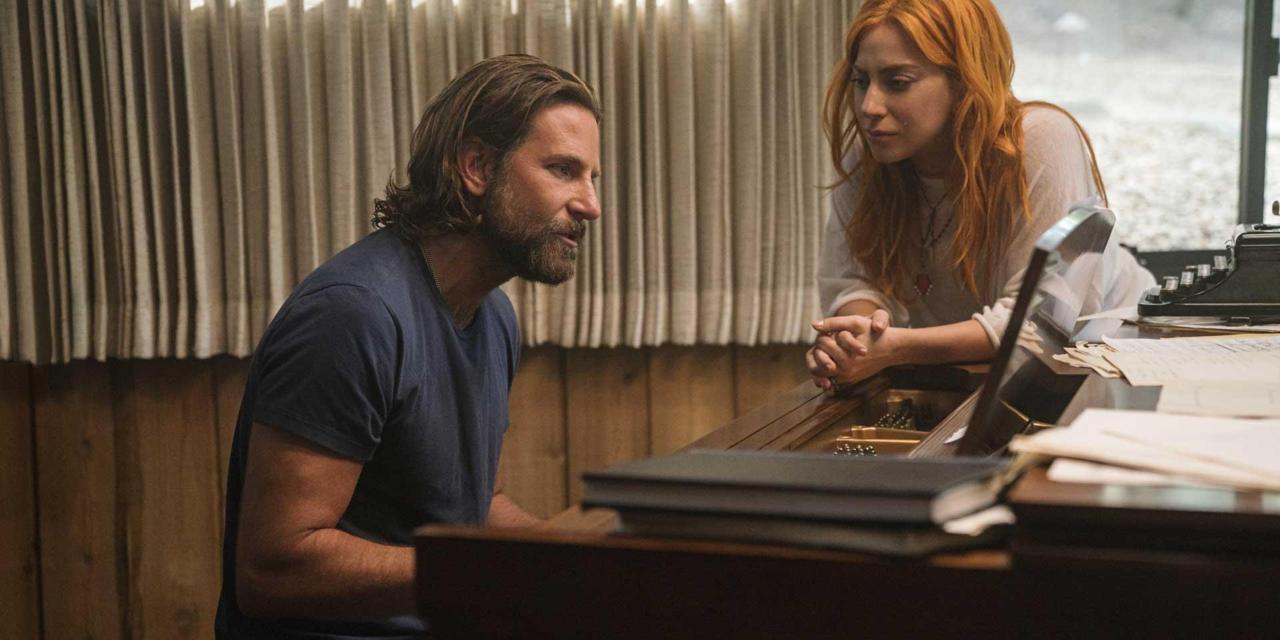 “Tell me something boy, aren’t you tired trying to fill that void?”

Lady Gaga becomes another in a long list of singers to successfully transition to Hollywood. But she arrives with a bang unequaled by any that have come before her. She’s stunning as Ally, from the moment she walks onto the screen to perform her first number, she’s won over Jackson as well as the audience. There are moments where she makes musical magic alongside Jackson on stage. And even when she’s not singing, she proves herself more than capable of meeting the demanding scripts emotional and dramatic intensity on multiple occasions.

The film is shot close-up and intimately and you’re always near one of the two protagonists. The music is stellar with a few tracks that I’ll have on loop for days to come. The concert scenes truly succeed in making you feel like you’re “there” in the theater. My sole complaint with the film is its pacing. The film moves along leisurely for its entire set up and second act as well. This leaves the third act feeling a bit rushed, especially with its major plot developments. Regardless, the climax lands like an emotional gut punch and is beautifully written and executed.

“Or do you need more, aint it hard keeping it so hardcore?”

A Star Is Born is an excellent film in many regards, but for me what makes it truly transcendent is that it made me feel for its characters and central romance in a way I haven’t in a long time. It is rare that any work of fiction ignites such emotion in me and this film succeeds on that front and I wholeheartedly recommend it. Take this journey with Jack and Ally. Laugh and cry with them. Connect and feel with them, you won’t regret it.

The Assassination of Jesse James by the Coward Robert Ford [2007] Review: A Tale of Fame & Infamy