We carve on our body what society teaches us and continue this task, not understanding the identity it forces us to have.[1] Omar Lopex’s latest short film Glugga – a lyrical, fantastical interpretation of Nordic folklore, starts by introducing a deaf and blind woman held captive in rural Iceland. Neglected by the man she’s dependent on for survival, she sits by the window with a rope tied around her waist- not tethered to idle domesticity- but imprisoned by her disability. Like a paper made of human meat, her body has become a theatre tattooed with metonyms of debilitation and incompetence that estrange her from conventional life. But instead of confining her, these physical limitations instigate in her spirit feelings of disappointment, rebellion, and an intense longing for liberty from the imposed abjection.

Set in a quasi-medieval landscape, Glugga follows the protagonist’s quest for ultimate, transcendent freedom after being abandoned in the Icelandic wilderness. The artisanal quality of the 16mm celluloid film makes it feel as though the movie has been shot through a layer of gauze. It evokes the dream state of a lonely woman through a fragmented narrative and striking visual symbolism, which is simultaneously sensuous and unsettling. The shots are accompanied by an internal monologue, consisting entirely of poems written by women of the Icelandic romantic era and a dismal, ambient musical score produced on the theremin. The pagan lyricism’s confessional nature invites intimacy, while the erratic camera maneuvers create an emotional distance that disavows any caricatural sentimentality. The intensified grey tones, lack of saturation, and grainy consistency of the film add to the ominous mood that permeates throughout.

In her essay ‘Visual Pleasure and Narrative Cinema,’ Laura Mulvey examined mainstream films through the lens of scopophilic possession. She explained, “Women stand in the patriarchal culture as a signifier of the male other, bound by a symbolic order in which a man can live out his fantasies and obsessions through linguistic command by imposing them on the silent image of the woman tied to her place as bearer of meaning, not maker of meaning.”[2] Glugga is the embodiment of such a woman, whose personal identity seems to be frozen in its intermediate cocoon stage, frustratingly inscrutable and opaque. The effervescent silhouettes of her nightgown, the contrast between her delicate body and the rugged mountains, the fragmentation, disruption, and multiplicity techniques used in cinematography punctuate Glugga’s reluctance to be pinned down by the observer. Her character is irresolute, refusing easy categorization or moral binaries. In this way, she denies the signification of her body into a fetish object under the phallocentric gaze. 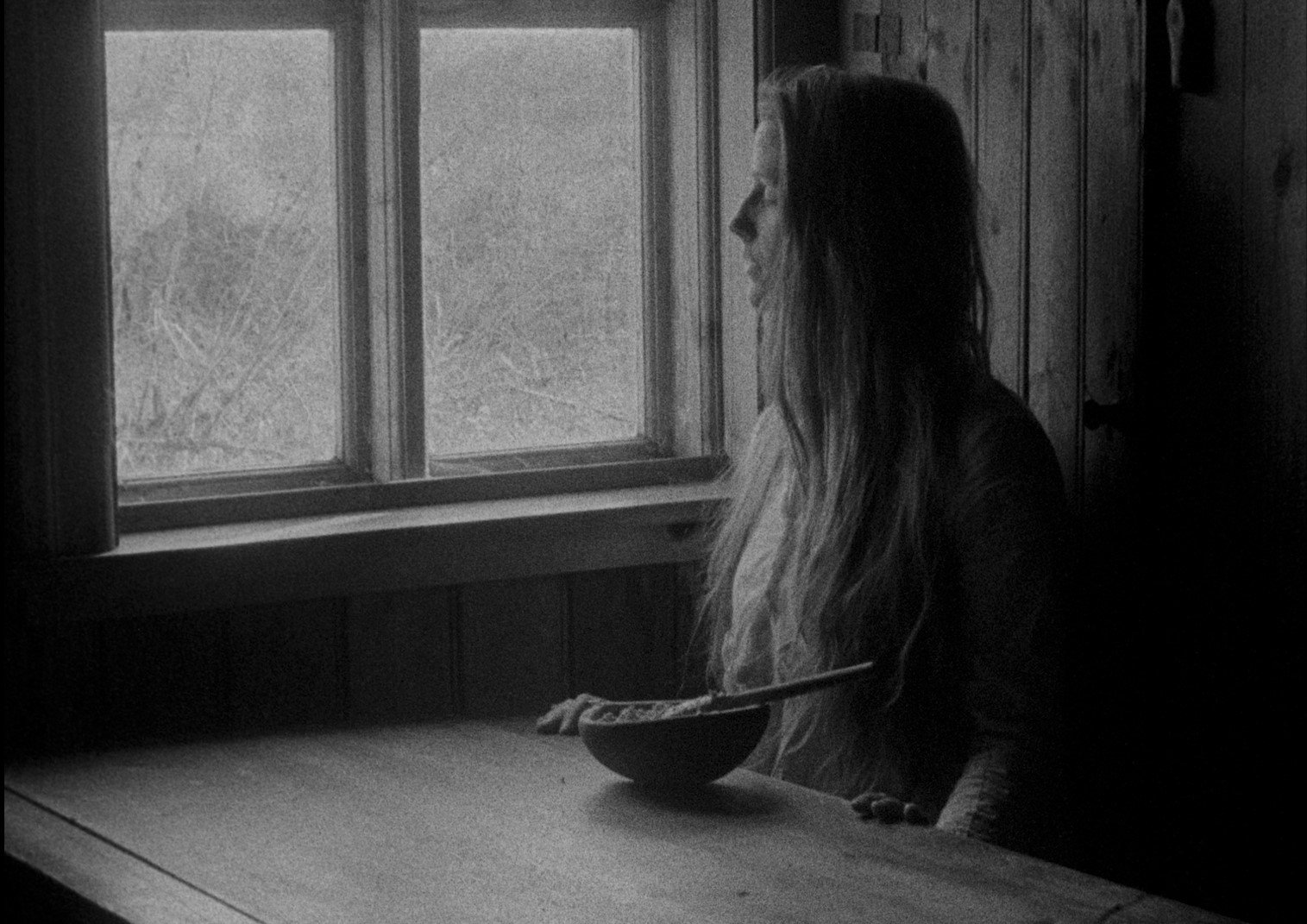 The film’s central focus is on Glugga’s exploration of the open road with no explicit destination, a luxury not historically afforded by women- on or off-screen. All movement in the film is about breaching borders: bodily, geographical, and cultural, and in breaching these constrictions, it provokes a transformation of spirit. The vast, insurmountable terrain where she is lost reflects Glugga’s unsatiated desire for the pursuit of freedom: there is always somewhere to escape from, to return to, or to conquer by means of the imagination. The juxtaposition between domestic and natural elements, the loneliness of the inner world, and the overwhelmingness of the natural world is reminiscent of Maya Deren’s filmography, known for the deconstruction of cinematic landscapes through dream-like absurdity. Nature is seen as having beautiful surfaces with terrible depths, and in this way, it echoes female experience, which is, for the most part, concealed beneath the surface of our culture. In searching for herself, a woman soon realizes that only one-tenth of her experience is visible; the other tenth is hidden, inexplicable, unspeakable.[3] The film offers the nine-tenths an expression, bringing the undercurrents to the surface.

Also, Read – The 6 Best Body Horror Movies of All Time

This labrinyntine spiritual journey, or in Lacanian terminology, a return to one’s inner essence, ultimately leads to Glugga’s encounter with the cold brutality of nature. Resolving to break the cocoon at her own discretion, she emerges out in the wilderness with a profound realization of the abstract and wavering notions of identity, lacking a static foundation upon which they are created, disappearing as quickly and erratically as they come. Following the footsteps of women from Iceland’s dark era of reformation, she walks in the stone gorge of Thingvellir towards the infamous Drowning Pool, used during annual parliamentary sessions to drown errant women. They would be dragged across the water at the pool with their head covered by a sack, held under by a long pole, their life extinguished by drowning in its icy waters. The film’s climax is antithetical: Glugga’s plunge into the Drowning Pool captures that liminal moment when she transcends the imposed cultural identity and delves into the realm of individuality, untainted by external influence. 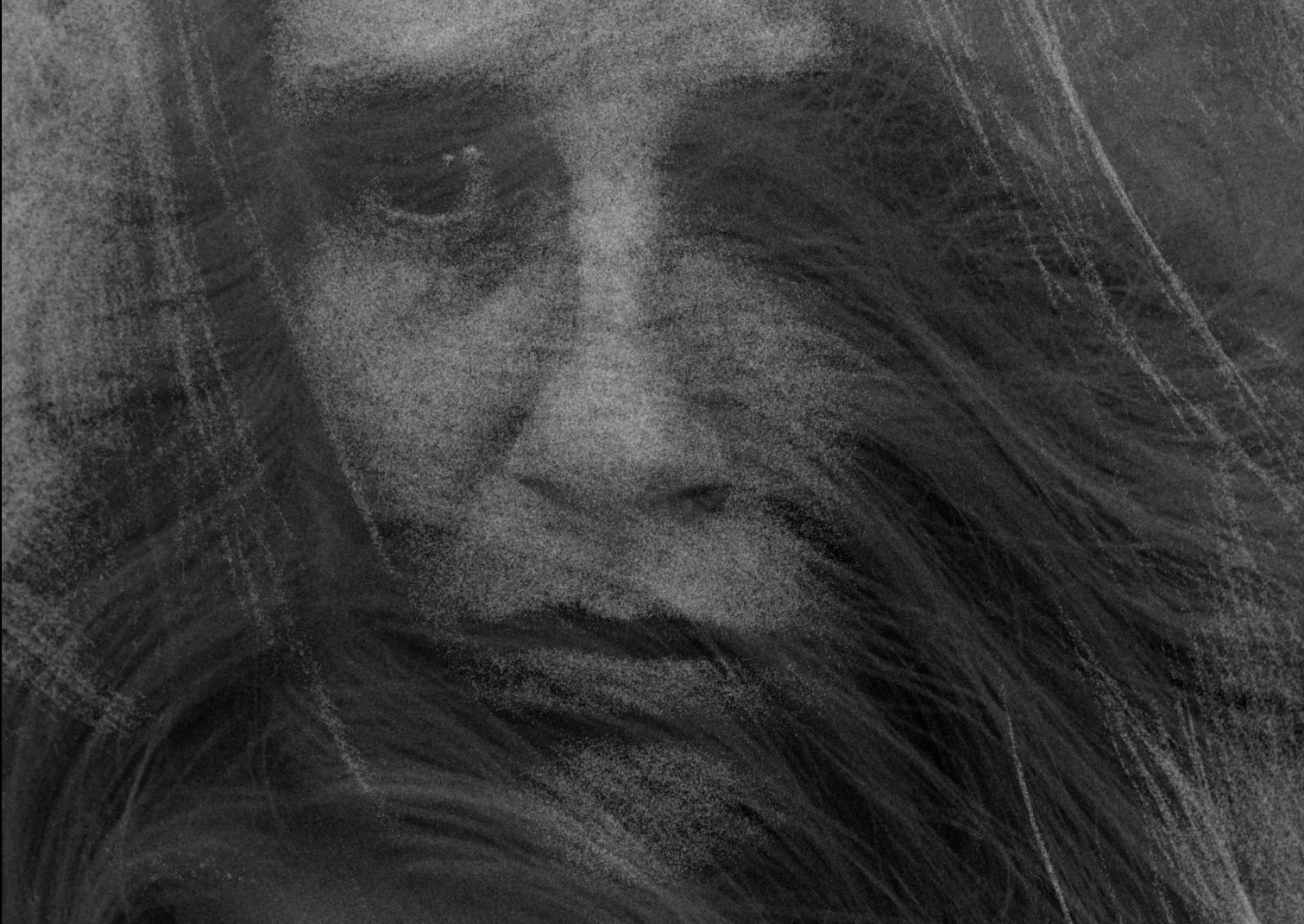 Similar to Deren’s At Land, the dynamic of the Odyssey here is reversed. Instead of undertaking the long voyage of the search for adventure, the protagonist finds that the universe itself has usurped the dynamic action that was once the prerogative of human will and confronts her with a volatile and relentless metamorphosis, a process holding its own meaning and power.[4] Renouncing a totalizing narrative, the director uses association with blankness that is detached from the truth and devoid of memory to illustrate Glugga’s pilgrimage towards self-actualization, which is private and evades speculation. Located somewhere between dream and reality, historical fact and corrupted memory, the film reveals the paradoxes inherent in being born a woman and the fleeting nature of the dynamic personality, which is forever in a transformative phase.

[3] Searching For Herself: Female Experience and Female Tradition in Icelandic Literature by Helga Kress, 2006.