With Punjabi Cinema finally outgrowing the obsession with Balle-Balle and Bhangra, offbeat cinema is fast making inroads with a bountiful crop of middle cinema that mixes realism and entertainment well. Of immense surprise and delight is the birth of cinema that focuses purely on the art form – without any pretensions of performing a balancing act between art and commercial. Although the genre of art cinema has not fully bloomed yet, hope flickers with the arrival of award-winning directors such as Gurvinder Singh and Anup Singh who tell stories the way they want to.

A decade ago, it was impossible to think of the kind of cinema we expect from Bengal getting produced in Punjab. While the two states share much in common in terms of suffering and the aftermath of partition, Punjab lagged in terms of exposure to world cinema and multifarious cultural influences. Anhey Ghorey Da Daan changed the mindset of film enthusiasts in 2011. Based on a novel by Gurdial Singh published in 1976, the film projects the plight of the rural community comprising farmers and landlords in Punjab. The film bagged National Awards for Best Direction, Cinematography, and Best Feature Film in Punjabi. It won the distinction of being the first Punjabi film to travel to international film festivals. With premiere held at Venice Film Festival, it was also shown at BFI London Film Festival, Busan International Film Festival, and Abu Dhabi Film Festival. The film won the Golden Peacock at the International Film festival of India held in Goa in 2012.

Chauthi Koot (The Fourth Direction) was Gurvinder Singh’s second Punjabi- language Indian drama in 2015. Based on the short stories from Waryam Singh Sandhu’s collection published in 2005, the film revolves around the Sikh separatist movement of the 1980s. The film was screened in the Un Certain Regard at the 2015 Cannes Film Festival. It won the Silver Screen Award at the Singapore International Film Festival for Best Asian Feature Film in 2015.

With two art films made in Punjabi, Gurvinder Singh showcased the rich cinematic potential of Punjabi literature to global audiences. His films won recognition and brought the spotlight on Punjabi cinema that was not finding space on the international platform. While it is true there were no such brave cinematic efforts earlier, it is also worth noting that the audiences gorged commercial fare. That an appetite existed for such remarkable films was simply beyond imagination. With the Sikh diaspora spread across the world today, with the young generation exploring new career paths, the demand for a different kind of cinema is expected to gather momentum. It is a fact that there will be sizeable audiences for offbeat Punjabi cinema. But there is a genuine need to have more film-makers from Punjab who break new ground and experiment with different kinds of stories in the Punjabi language for global audiences to relish their creative potential.

There was great hope that Gurvinder Singh would make his third film against a Punjabi backdrop. But in 2019 he chose to shift his lens to Himachal Pradesh with Khanaur (Bitter Chestnut), to explore the insecurities, fears, aspirations of Kisan, a young boy working in a café who witnesses migrations and reverse migrations and wavers between his desires and his family’s hopes for him. Perhaps this cinematic effort has enabled him to emerge from the confines of one particular state and helped expand his cinematic universe. The global reception to this film has also been warm and commendable. Lovers of good Punjabi cinema are relieved that his next flick marks his return to Punjab – a state that needs more of his ilk to boost the prospects of parallel cinema currently in its infancy here. With Adh Chanani Raat (Crescent Night) in Punjabi scheduled for release in 2022, Gurvinder Singh promises to live up to the expectations once again. 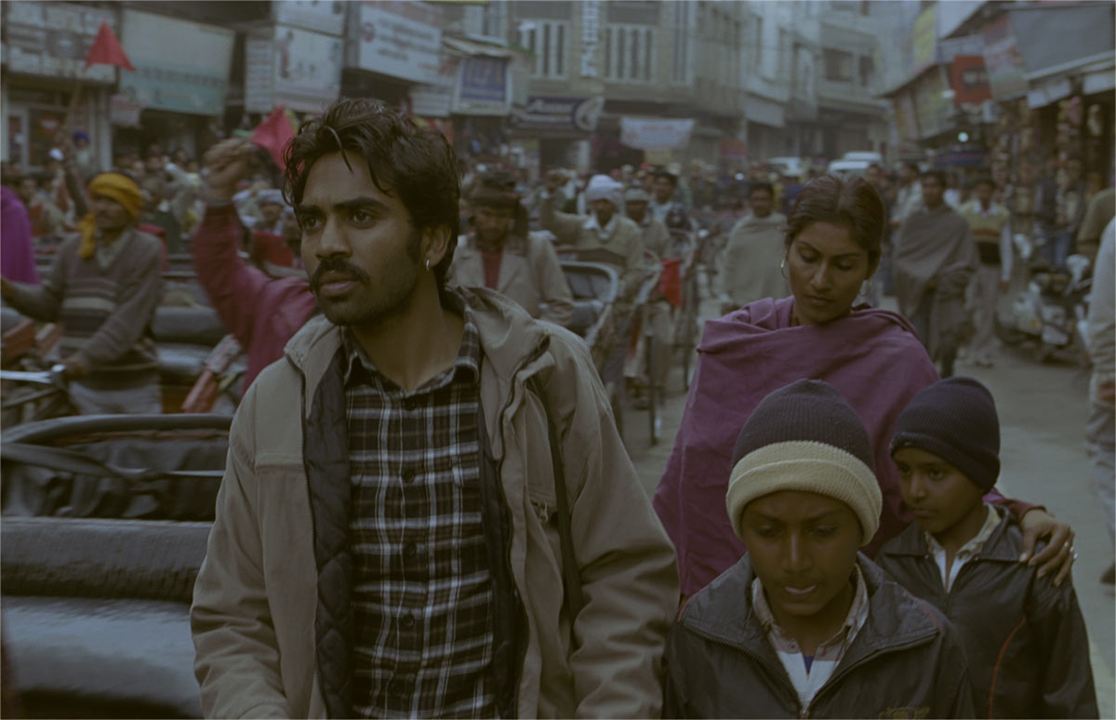 One needn’t necessarily belong to Punjab to make films in this language as there are worthy examples like Geneva-based writer-director Anup Singh who gave us Irrfan-starrer Qissa in 2013. Critically acclaimed the world over, the Netpac-winning film conjures intense feelings with distinctive story-telling. It mirrors the social realities in Punjab through the story of a Sikh man who desires to have a son to continue the family lineage.

The big leap cannot happen without a steady drift from commercial cinema to middle cinema. What the middle cinema can achieve is the testing of such offbeat subjects to encourage more to set a new trend. If reception turns out to be good in terms of box-office, it is sure to excite producers to invest in small budget, offbeat films. When a significant segment of film patrons gets exposed to a new kind of cinema that is relatable, it is likely to embolden more people to explore the global festival circuit with art films. While it looks like an upbeat proposition, the downside is equally frightening in case it peters out as an ephemeral experiment.

To begin with, healthy growth in offbeat cinema looks achievable because of the evolving taste of the young millennial crowd beginning to realise the wide scope of mature narrative beyond the confines of romance in the mustard fields. Gun-toting feudal lords engaged in a tussle over land, and the NRI Sikh community with a voracious appetite for the mushy theme of nostalgia for the homeland, are predictable to the core.

An extravagant beginning in the direction of slick action-packed crime caper with a band of Sikh gangsters was made by Deepa Mehta with Randeep Hooda-starrer Beeba Boys. The contribution of directors of Punjabi origin has been laudable in opening up new vistas for the Punjabi immigrant experience in the domain of international cinema. While their moves have not been strictly aimed at the niche category, it is evident these are meant for global audiences of Punjabi origin and those with an interest in quality cinema emerging from various parts of the world.

Gurinder Chadha – with films such as Bhaji on the Beach, Bend it Like Beckham, Blinded by the Light – has included the Punjab partition experience in her oeuvre. Tarsem Singh from Jalandhar, presently in Hollywood, has been recognised for The Fall – a fantasy adventure that has travelled to Toronto Film Festival. Many do not know the Punjabi Puttar in the domestic circuit but he is quite famous in Hollywood after his third film, Immortals in 2011. Driven by the emerging trend of Punjabi offbeat fare in the international market, Yoodlee films has entered into a tie-up with a Punjabi production house to supply content to streaming platforms. Setting up a film script laboratory can further help bring out rich stories from Punjab and the early education in the arts shapes young minds to pursue it full-time. The responsibility of transforming Punjabi cinema lies with Punjabi film-makers much before we can expect others to take up the initiative and contribute to its enrichment. 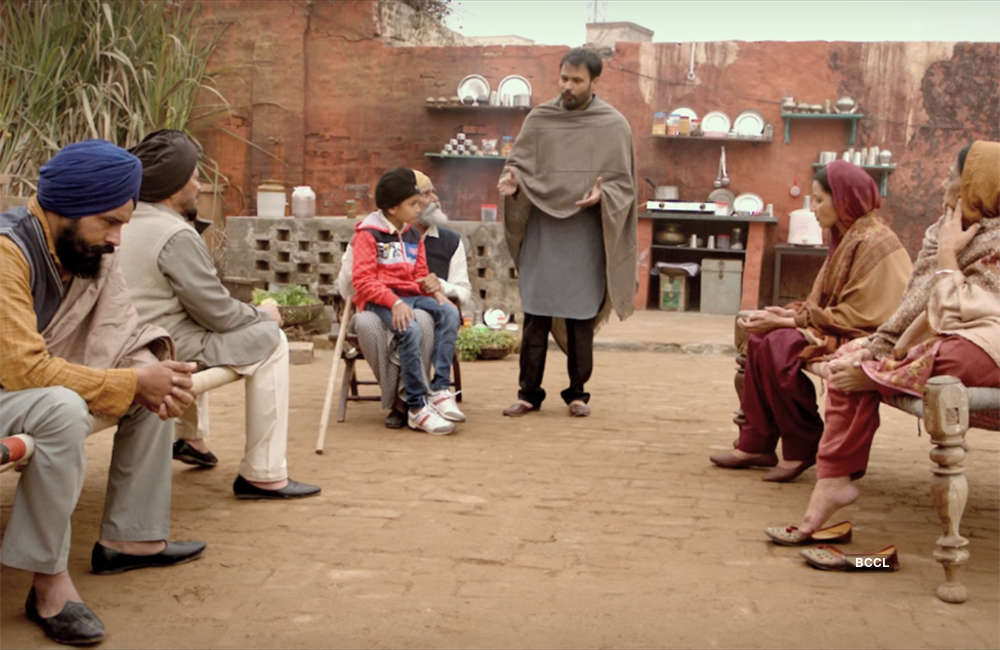 There is a ray of hope with film directors like Amberdeep Singh who made an Indian-Punjabi drama titled Lahoriye in 2017. The profit-making film tackled the aftermath of the partition of India, showcasing how two people from different religions and countries love each other and unite by connecting their common values of the same culture as Punjabis. It was an offbeat subject packaged with mass appeal and it does show the potential to discuss the issue with more sensitivity and depth in an art film.

There are important landmark events like partition, 1984 pogrom, and Punjab militancy worth depicting in cinema – subjects that the generations have to be reminded of just like European movies still focus on World War and the Holocaust. Films like Pamela Rooks’ Train To Pakistan, Gulzar’s Maachis, Govind Nihalani’s Tamas, Chandraprakash Dwivedi’s Pinjar, M.S. Sathyu’s Garam Hawa are some notable films in Hindi. Opting for Hindi language production broadened viewership across India instead of limiting it to the Punjab region if the same films had been made in Punjabi. While the integrity of the subjects has not been diluted because of the similarity and familiarity with Punjabi language and culture, it is a fact that the regional strength in the body of cinematic work has been missing all these years.

New-age film makers comprise Anurag Singh who delivered Jatt and Juliet in 2012 for the multiplex generation. His latest film – Punjab 1984 – deals with the sensitive issue of riots and missing youth in Punjab won critical and commercial acclaim. With more than half the revenues coming from the overseas market, it is a fact that the NRI community holds the key to changing the direction of Punjabi cinema in the years ahead.

A Healthy Mix of Genres

Punjabi cinema is passing through a crucial phase. Most of the films are situational comedies, making one believe that Punjab lacks literary tradition and history, and culture. There has to be a healthy mix of genres in regional cinema so that diverse audiences can relish the fare. While there is no dearth of literature, a mass medium like cinema should be accepted by the intelligent audiences from Punjab so that their active participation makes film makers churn out something for them. For that cinema has to be recognised as a form of art and a powerful medium of communication.

Related Read to Punjabi Cinema: Intersecting Loneliness With Migration: An Interview With A Young Punjabi Filmmaker

Now is the right time to bust the myth that art cinema and Punjab do not gel, to encourage new creative talent and educate the masses about the potential of art so that the community gains respect as a hotspot of creative talent making world-class cinema hailed at international film festivals. Cheers to the arriviste in the celluloid firmament now taking Punjabi cinema to heights of international glory.