1.2K shares
Hollywood might be the popular film industry in the world but if you look at cinema as an art medium rather than commerce, European Movies will always take the top spot. Not only is Europe the birthplace of some of the greatest auteurs in cinematic history – from Fellini to Bergman to Tarkovsky to Godard, it’s also the continent where great cinematic movements like German expressionism, Italian Neo-Realism, French New Wave, or the DOGME95 found their home.

In terms of technique, cinematic innovation, and artistic merit, the world of cinema owes a lot to Europe – whether it the surrealistic images of German expressionism, the low budget cinema of Italy reflecting the chaos and beauty of daily life, or the pure cinema as imagined by the French with focus on cinematography and high art. All of these movements led to the creation of modern cinema as we know it.

Rich with symbolism and nuance, every cinematic movement in Europe had a unique approach to the world of films and every innovation ushered us to a new era of cinematic brilliance. Every movement and every great filmmaker has made enough great films to create a separate list for each one of them but here’s a list of my 10 Great European movies (considering only one film from one great director) : 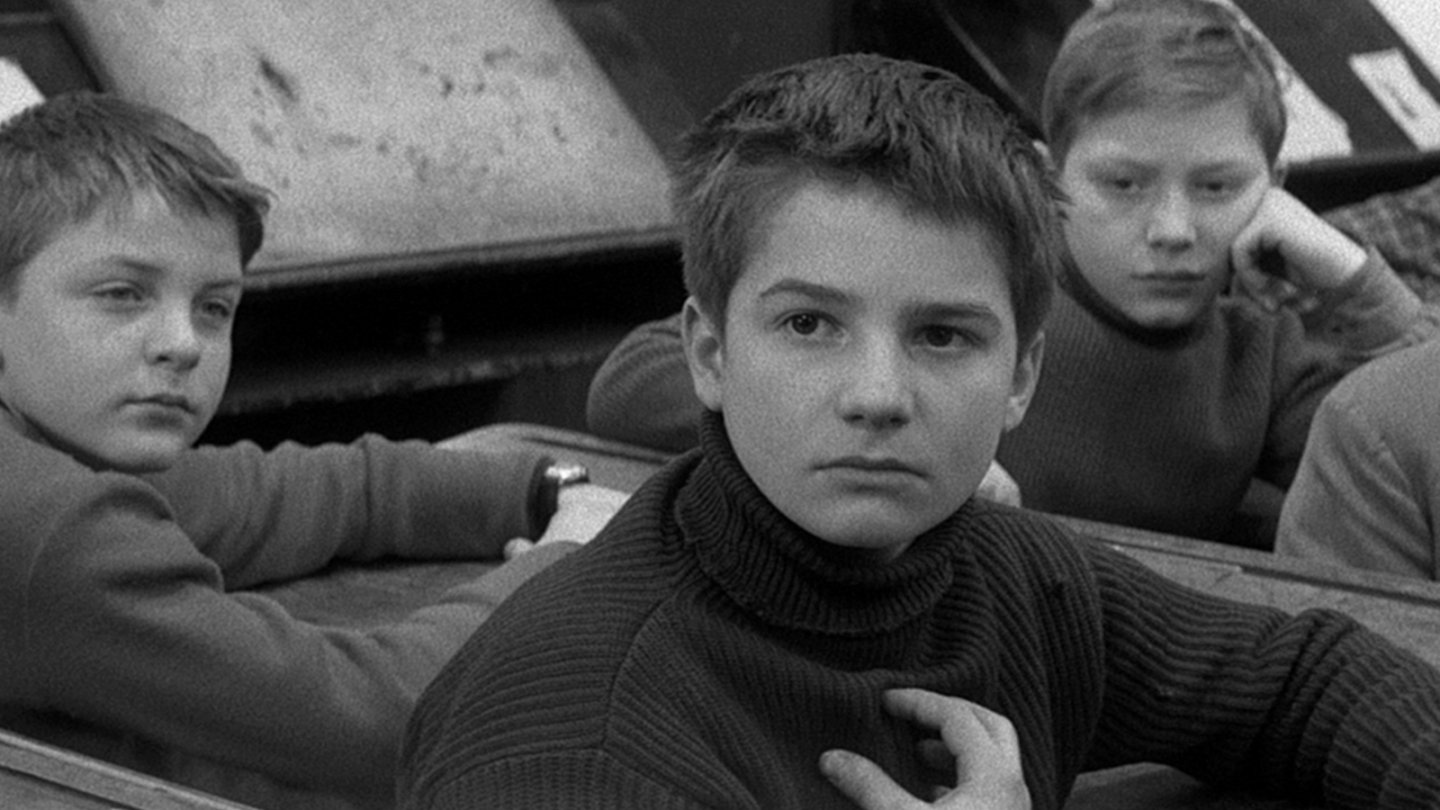 Director: François Truffaut
The journey of a delinquent young kid who doesn’t get attention at home and lies at school to stay away. Even his parents seem to have given up on him. He finds himself trapped with nowhere to go. Since then, many films have captured the feelings of a young kid who is ignored at home; Capernaum and Loveless are two excellent recent examples. None of them, though, portrayed hopelessness more accurately. He keeps running and running and running until he realizes that this won’t end. That look in the camera paints a haunting picture of thousands of young delinquent kids with no future.

Related to Europen Movies – The 400 Blows [1959]: An unsentimental film about Adolescence 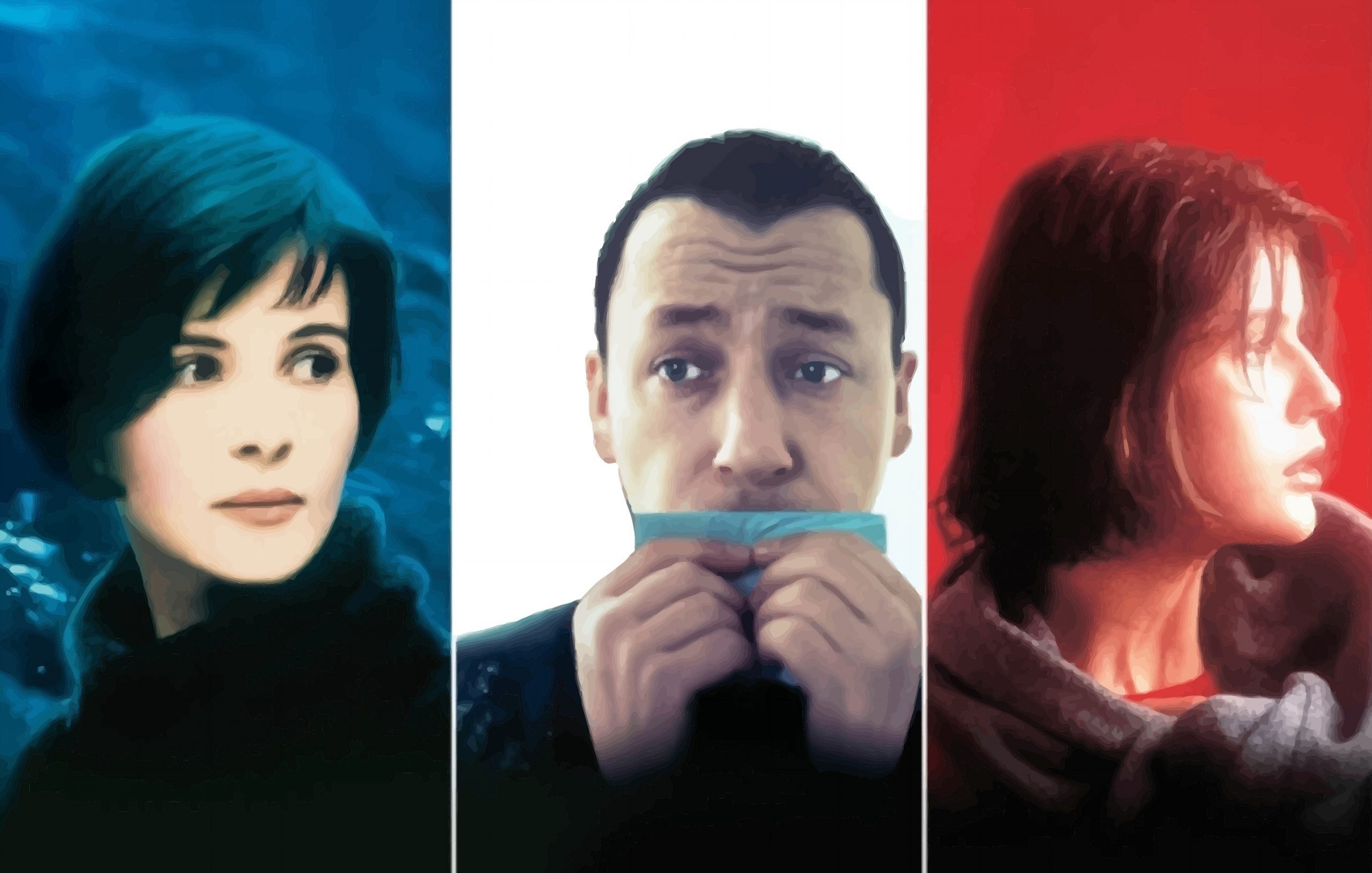 Director: Krzysztof Kieślowski
Every part in itself is a masterpiece. At the same time, Blue is poetic and metaphorical. White is more of a dark comedy, and Red is the perfect culmination of the trilogy. There’s enough that has been shared about this film, so I would say, go to MUBI and watch it. 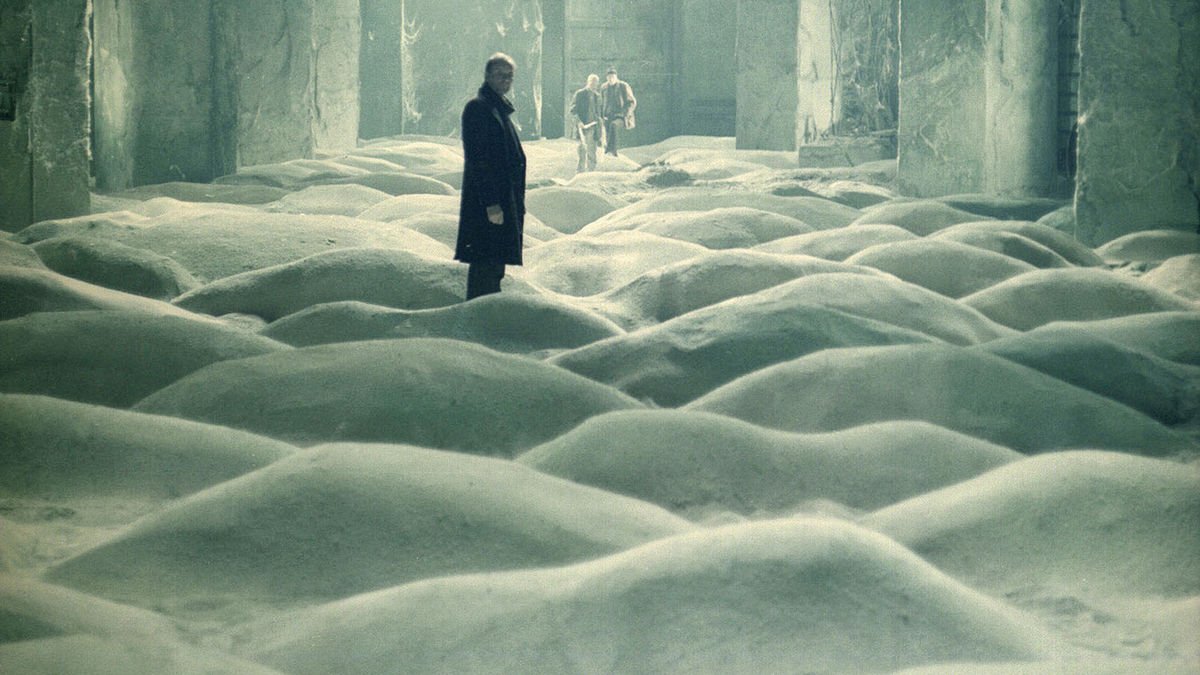 Director: Andrei Tarkovsky
This is arguably the most fantastic Sci-Fi fantasy along with the 2001 Space Odyssey. It created a concept like A Stalker, a sort of a prophet who unselfishly guides you around the “Zone”— a deserted isolated, and inaccessible area full of dangers at every turn. The Zone is where the “Room” lies, wish-fulfilling heaven that reads your inner desire and turns them into reality.

It’s a spiritual film that blends religious philosophies with modern science and creates a morally intoxicating drama about desires and freedom. A man could reach the room and ask for a wish, but it’s unfulfilled if the wish doesn’t come from within. It’s interesting how selfless service vs. selfish pretentiousness forms one of the major themes of this life-altering sojourn. 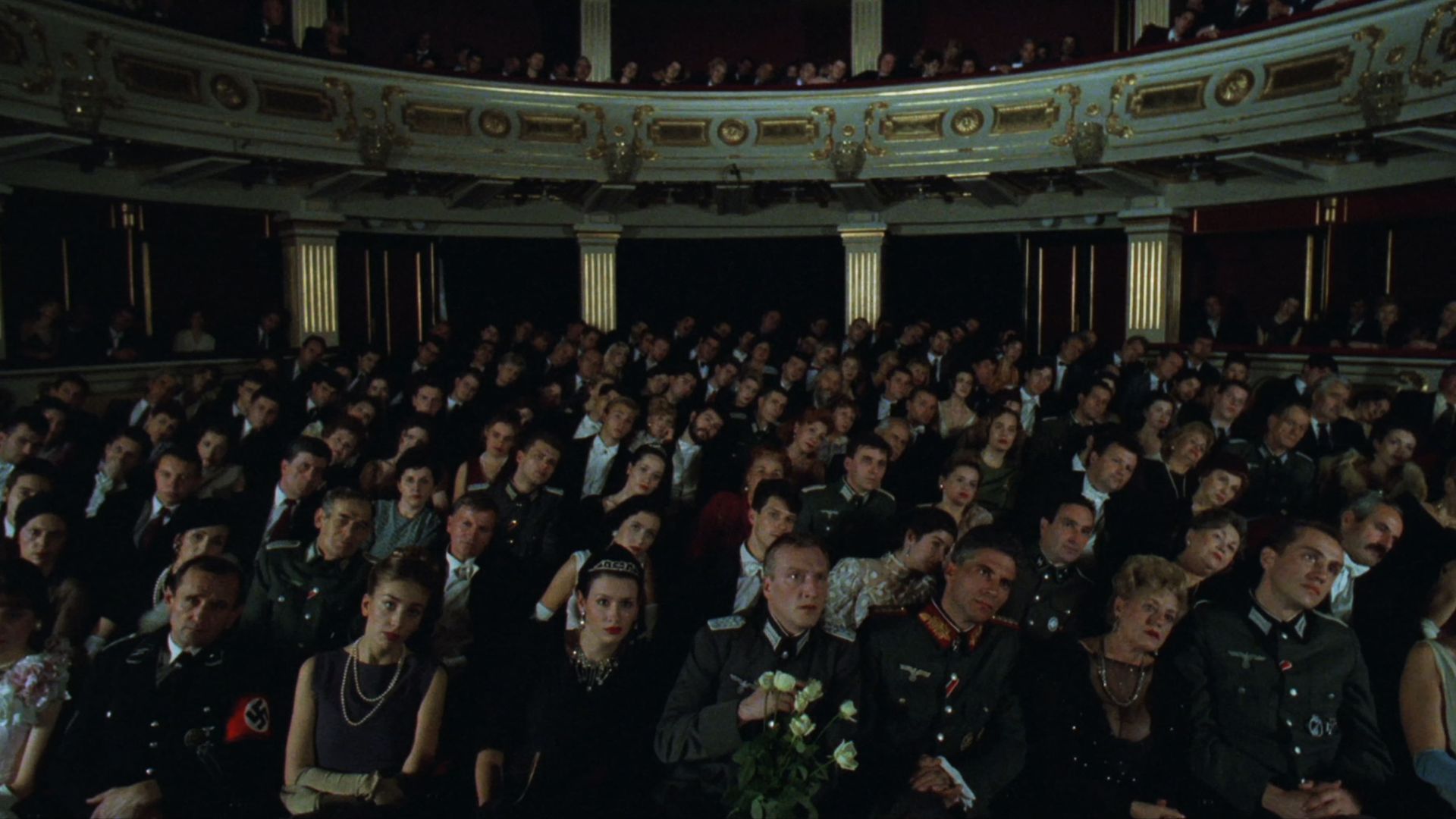 Director: Emir Kusturica
A group of men fooled into staying underground for decades doesn’t exactly look like a plot of dark comedy with political undertones, but this crazy, eccentric, and wild ride about a group of revolutionaries living in darkness, being fooled by their very own comrade is an exhilarating socio-political commentary about lust for power and the horrors of war. There’s a scene in this film where the hero uses a black cat to Polish his shoes, while in another scene, he’s biting an electric wire. It’s original, hallucinogenic, crazy, and an insanely brilliant satire about what all men do for power – “We are all crazy; we haven’t just been diagnosed yet.” 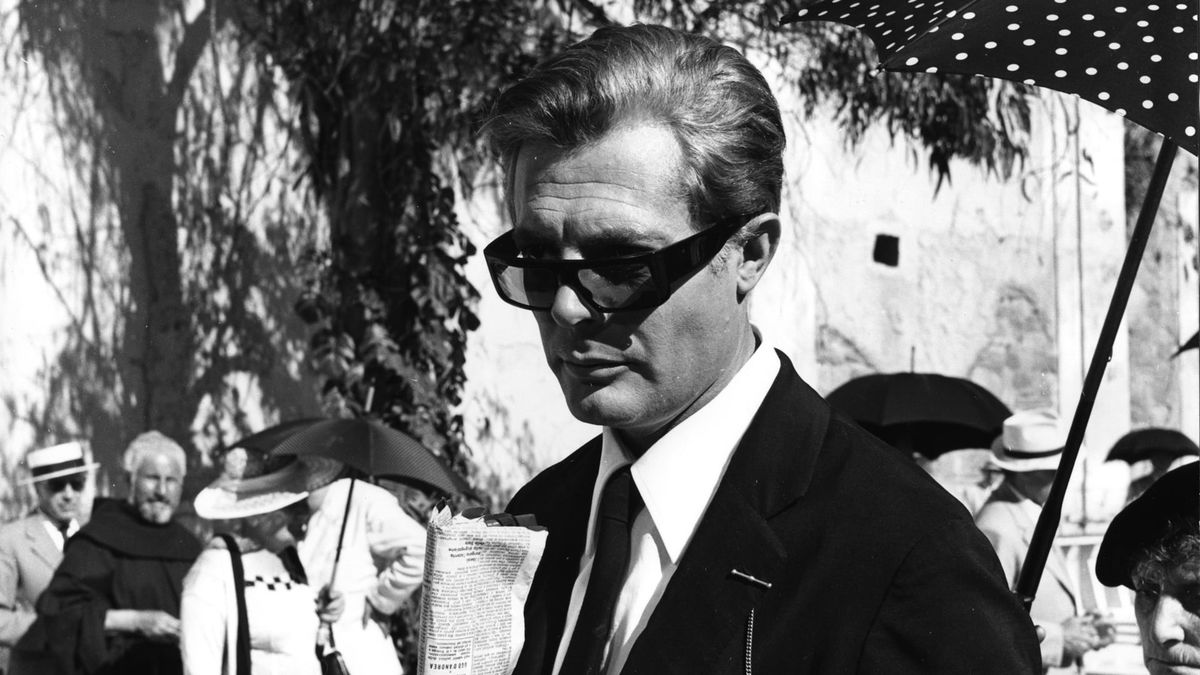 Director: Federico Fellini
Fellini is such a master storyteller that one could make a list of his greatest films, and all of them would be cult classics. Semi-autobiographical in its structure. It’s a movie about a famous filmmaker having a mental block. He tries to find solace and inspiration from his life. He turns to nostalgia and memories while wrestling with his inability to create a work of art. He ignores his muse, tries to reconcile with his wife, and keeps chasing his dreams.

In this film, we see the protagonist grappling with his self-image, his vision of beauty, and how filmmakers/writers tend to be overtly sympathetic towards themselves when making personal work. In one of my favorite scenes, he imagines himself in a harem with all the women of his life, while he acts like some royalty and ignores one of his muses. It’s a great scene that brings to the fore the narcissism of the protagonist “who doesn’t know to love.” It spawned a generation of filmmakers who realized one doesn’t necessarily have to find a script to make a great film; sometimes, your best movies are profoundly personal and express your inner conflicts on screen. – Films like Adaptation, Barton Fink, Roma, The Great Beauty, and the recently released Pain and Glory are all in some way inspired by this cult classic. 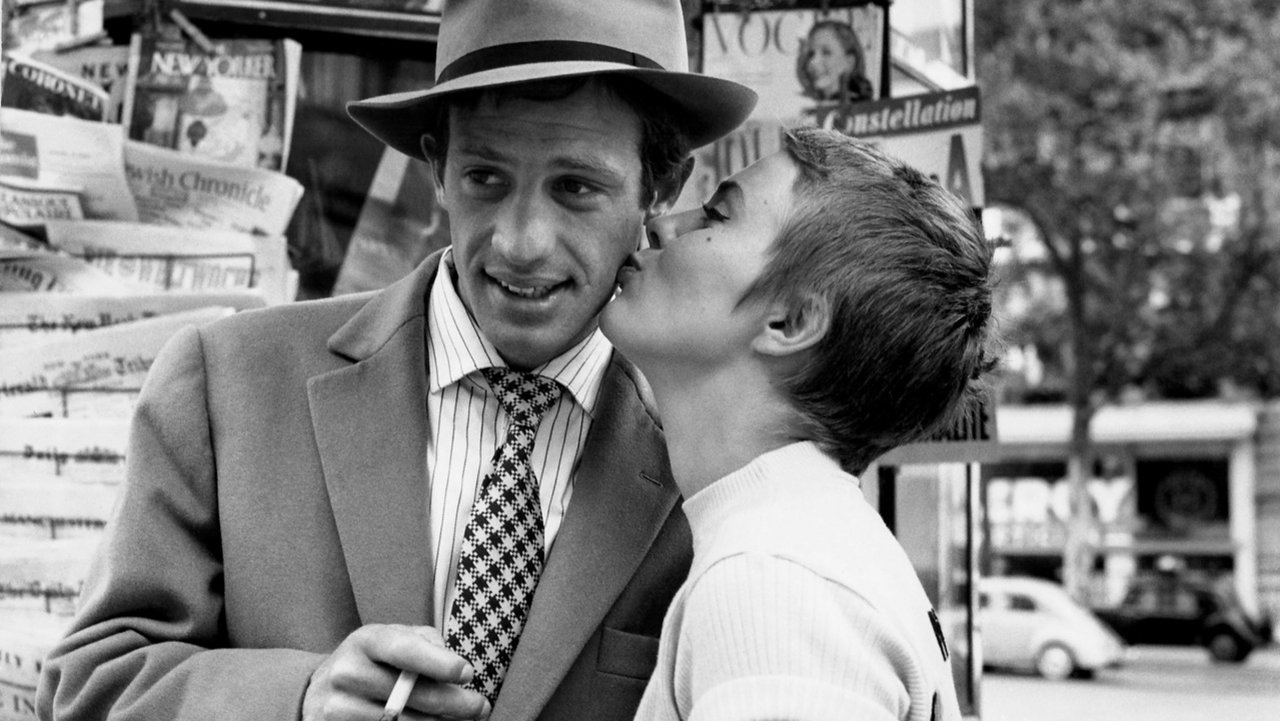 Director: Jean-Luc Godard
Godard rewrote the rules of the book, both Pierrot Le Fou and Breathless would feature in any list of great films that changed the way movies were made. Unlike most great filmmakers of his era – Godard’s films were more about aesthetics than the screenplay. The jump cuts, the camera angles, The bold color palettes, and the cool detachment of narcissistic youngsters. His actors weren’t on some great mission. They were just hedonistic youngsters who romanced, cheated, and moved on.

Breathless as a film resonated with the lifestyle of callous and self-serving youngsters. The guy being the Uber cool and cocky criminal who smoked all the time and delivered fancy, pretentious dialogues. The girl being the perfect partner in crime, irreverent and charming, and yet searching for happiness, like a monk searching for Nirvana. The film is a classic tale of wandering young people with Nihilistic and shaky morals with no love for authority or conventions, much like the filmmaker.
Once again, the legacy of a film is tied with its future impact. If not for Godard and Breathless, we might never have filmmakers like Wong Kar Wai or Refn or Noe. As per Ebert, no film since Citizen Kane shook the filmmaking foundation, like Breathless, and he’s right. 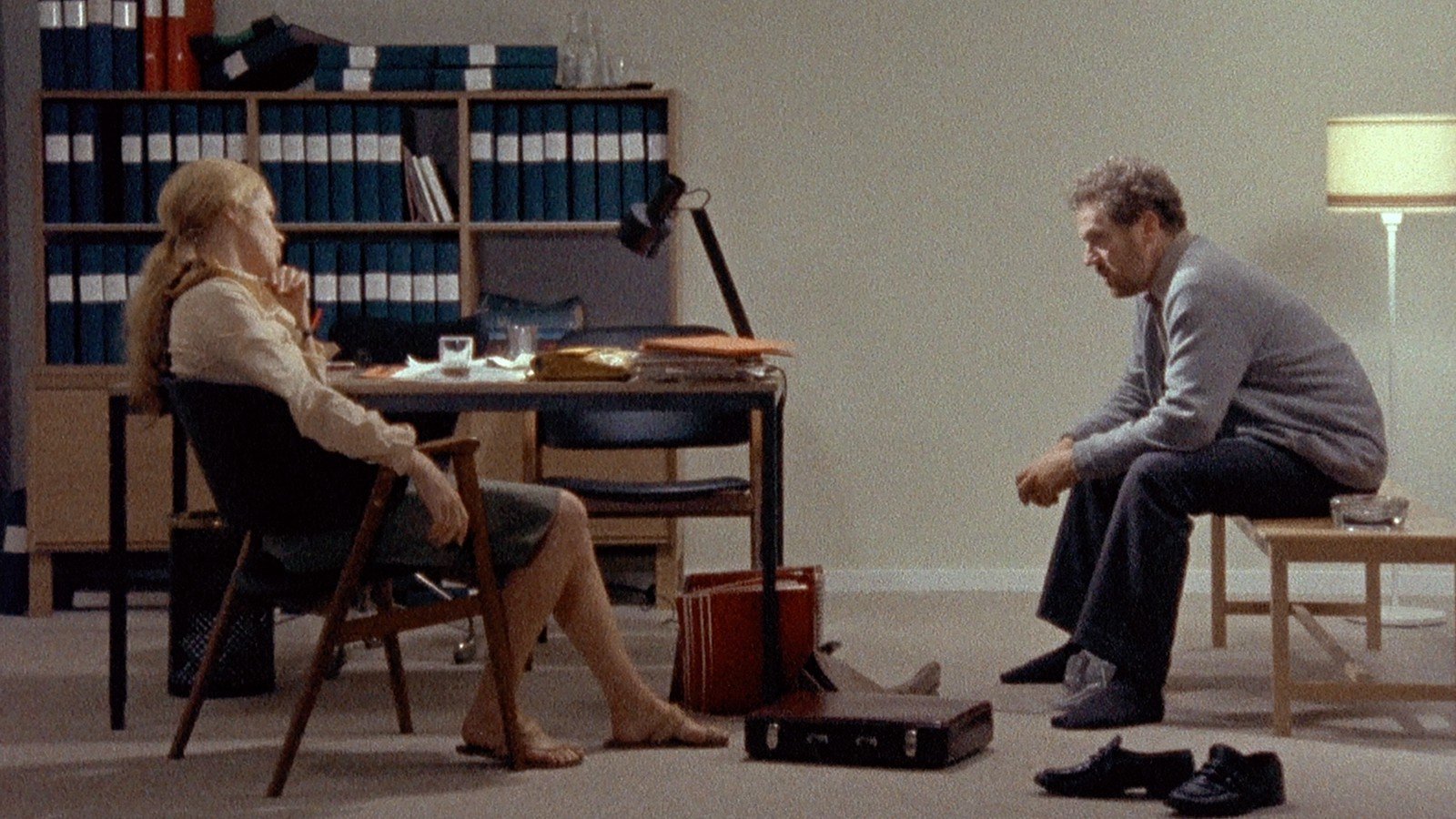 Director: Ingmar Bergman
When it comes to drama, Bergman stands alone at the top. All his films, whether it’s the philosophically rich Seventh Seal, to Wild Strawberries, Persona, or Fanny Alexander, all of the movies are the equivalent of a cinematic orgasm. My personal favorite, however, is Scenes from a Marriage. Again, the impact of a film should be judged by how many films imitated that style. Making a film about just two characters and their shaky marriage is in itself a task. There’s not much of a plot or action—the progression of the film banks on character development and, of course, the Performances.

Bergman’s film looks at the monotony of existence and mocks an ideal family and citizen’s hypocrisy. From the first scene where the two of them talk about their perfect marriage, he digs at everything from the idea of a great couple to even a model citizen. It’s painful yet cathartic at the same time to see the facade of idealism disintegrate and collapse like a house of cards. That confrontation scene between the wife and husband where they attack each other with words, every word a piercing bullet is in itself worthy of putting this film on this list. Many films like Kramer vs. Kramer, Marriage Story, Phantom Thread, Blue Valentine (all great films) have looked at conflicts in a relationship and eventual breakdown. Still, none has that power to shake our conscience like this great classic. 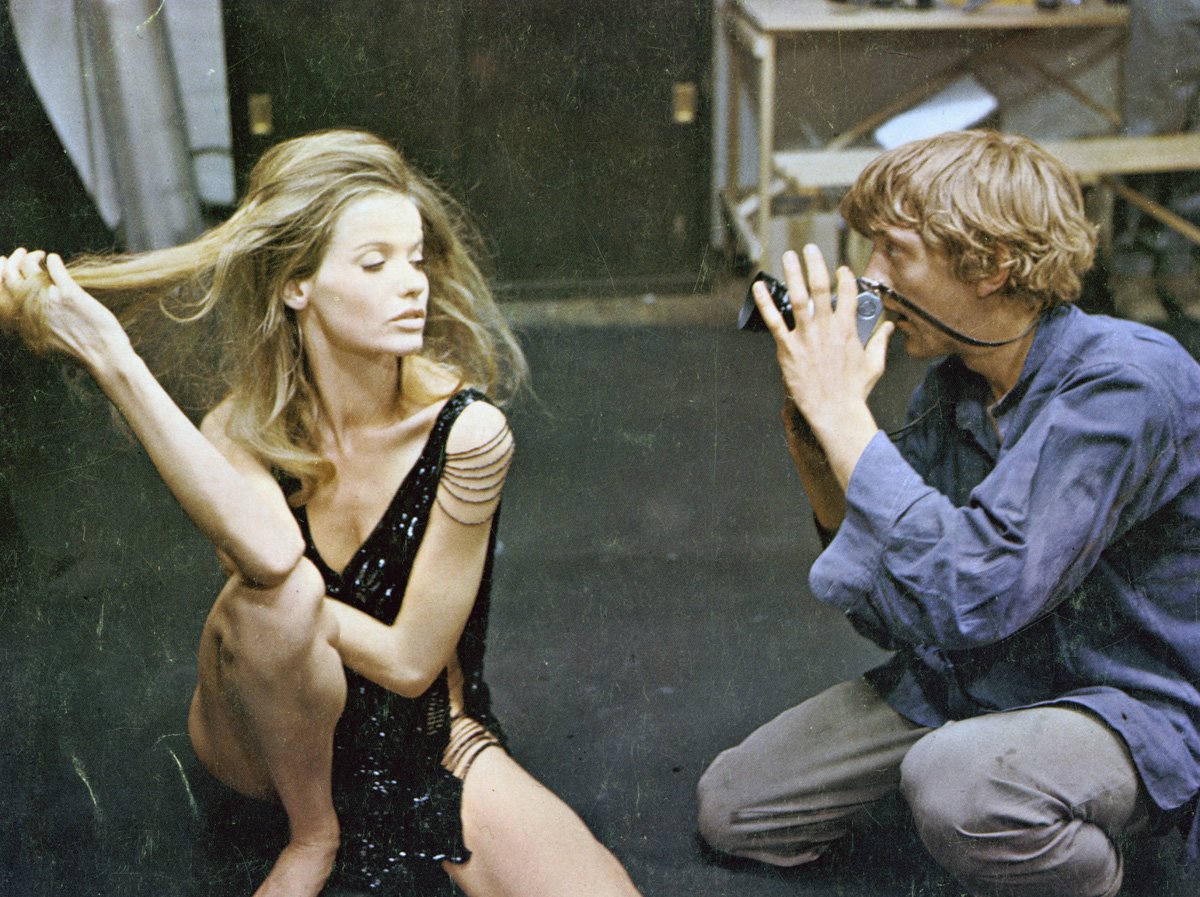 Of all the films in this list, this is the least accessible emotionally. A film about a rich, arrogant, and easily distracted photographer who accidentally clicks pictures of a potential murder might sound like a good plot for a suspense/thriller.

Except this film doesn’t care about the murder mystery. It subverts expectations at every level and isn’t ready to answer any question. The film looks at the thrill of evanescence. The protagonist is a seeker of excitement, but he seems to lose interest before he even realizes it. The moment he feels he’s shot a murder, he feels he’s accidentally hit the jackpot and it becomes necessary for him to decode the mystery. Even if it means imagining things, nothing explains his ephemeral attraction to an activity more than the scene where he manages to somehow fight thousands of people catch a broken guitar from a rockstar and runs away with it as his life depended on it – only to throw it away once the excitement of winning it from the crowd fades. 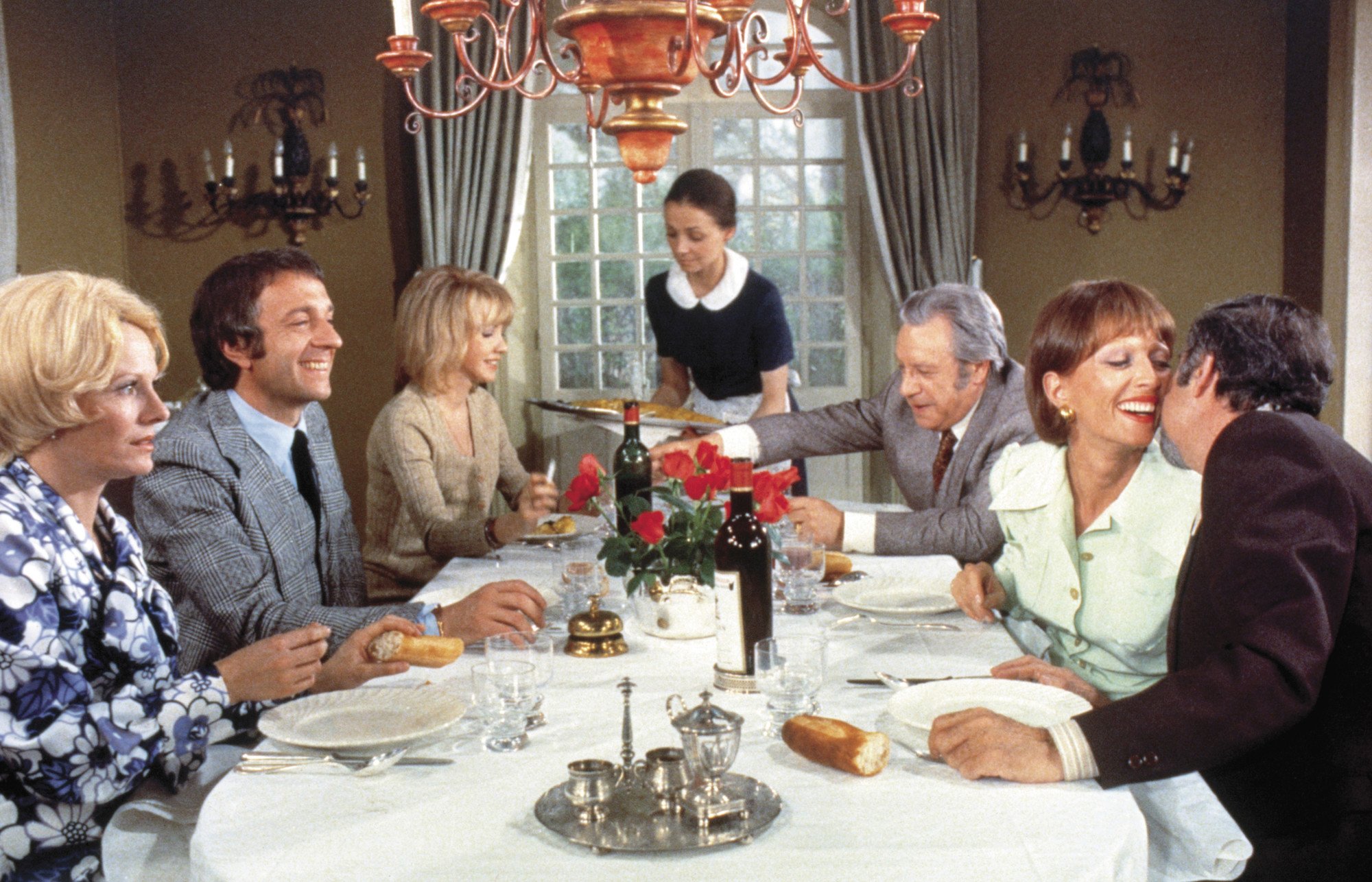 I couldn’t choose between this and The Exterminating Angel. Two of the finest social comedies mocking the authority, the bourgeois, the army, and the clergy. While Exterminating Angel had rich, affluent people, failing to get out of the house, trapped for some reason even they couldn’t comprehend, this one was about six upper-class bureaucrats and their family who can’t ever seem to have their dinner.

It’s episodic where every episode starts with dinner plans, but some event eventually punctuates it. The planned dinner never actually reached its conclusion. The episodes are well chosen. Each scene is a biting satire on upper-class behavior. Whether it’s the elitist condescension of the poor, the perverted sexual behavior, the facade of genteel upbringing, and the overall act of polished refinement while having dubious morality. It mocks everyone from a priest who forgives the sins but remains vindictive when the sin involves him. Even the army, police, and ministers who protect the wealthy bourgeois are taken potshots at. In my favorite scene in the film, while they’re sitting to have their food, they suddenly find themselves on the stage as if mocking the elite for the “act” that has become their life. 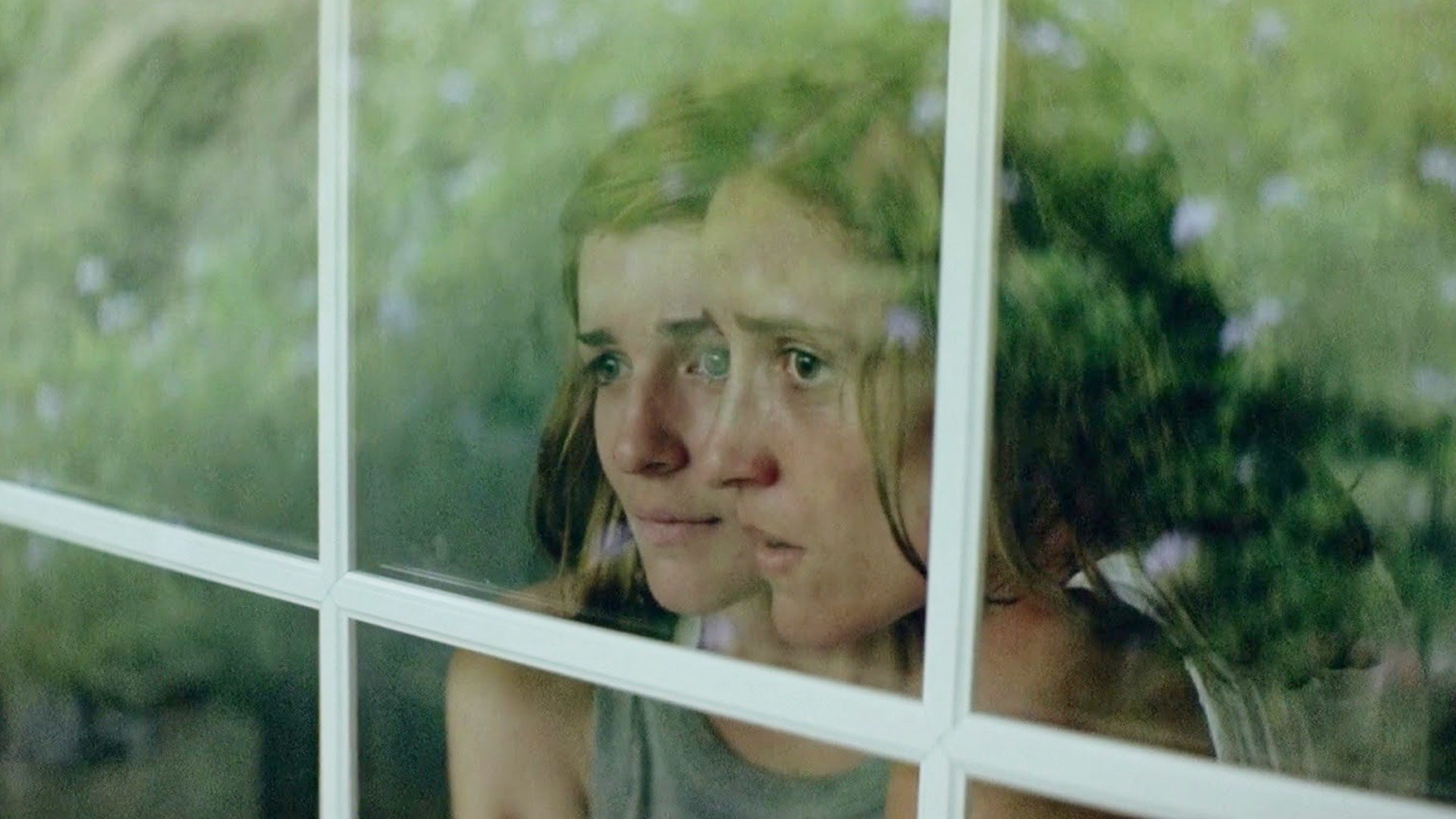 It might not have had the cultural impact as the other films on this list; and perhaps for many, it might be too soon for this film to be a part of any such list but for me, there’s no other film that has had a more powerful impact. Yargos, through this film, wasn’t just making a dark comedy; he was mocking the didactic designs of authority and discipline. He was not only questioning the generally accepted ideas of parental regulations but it was also a tirade against capitalism – especially relevant in the context of Greece which was suffering as they were forced to accept austerity measures to get a bailout.

He used the technique of exaggeration and rehearsed monotony to hammer his home point of living life in an authoritarian society. The parents in the film represent all forms of a higher power – including politicians and religious men. They believe they know better and sell mythical fables of an evil world beyond the boundary, populated by unseen monsters unknown to the unsuspecting kids. Every character in the film talks in monosyllabic language, every act seems rehearsed and taught. Even sex seems like a duty to be performed (again mocking religion). There’s a robotic quality to their movement and conversation. The lack of background score enhances the jarring sound of emotional violence.
It shows men with no freedom of thought and imagination as nothing but androids with no feelings. Such men are capable of inhuman cruelty even if it means killing an innocent cat if they’re told the cat is the enemy.