2020 celebrates the birth centenary of one of the greatest auteurs of Cinema – Federico Fellini. Widely regarded as the greatest Italian filmmaker, Fellini’s movies celebrate life in its entirety and are an ode to the resilience of the human spirit. The stories and characters in his movies are easily relatable and exhibit universal emotions that strike a chord with the viewer; making his films equally popular among the masses as with the intellectual class.

Let us go back in time and visit/revisit six of his most cherished masterpieces to appreciate the filmmaker’s vision of life. 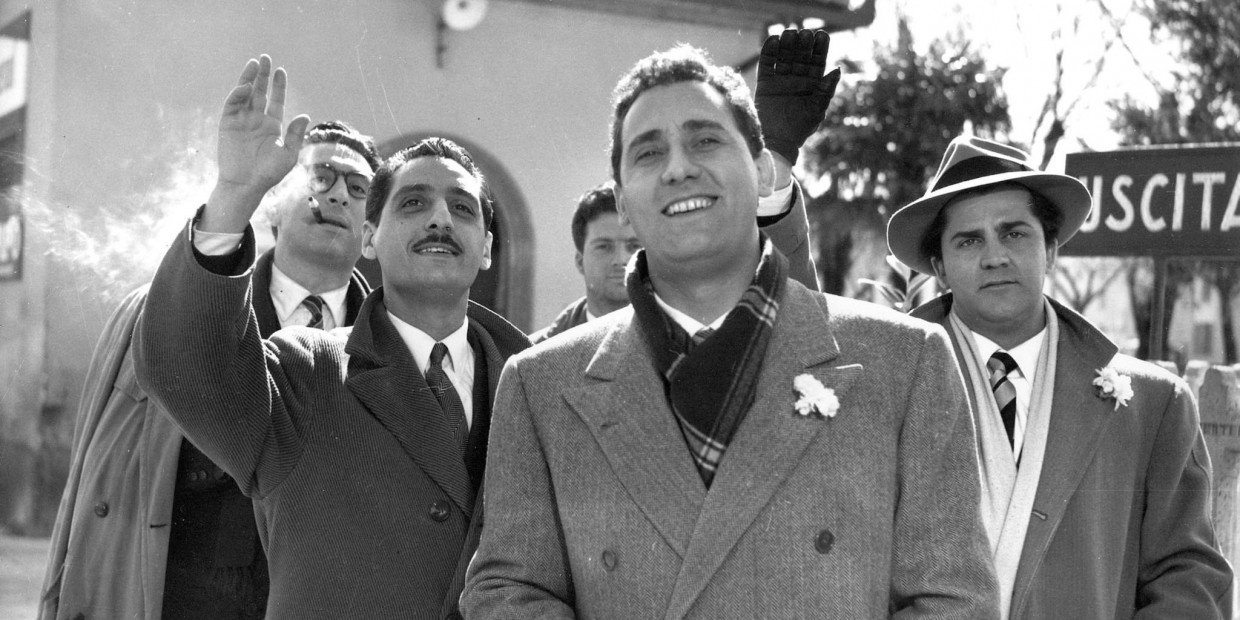 “We all talked about leaving, but only one of us, one morning, without a word to a soul, actually left.”

This formative work in the director’s filmography was his first critical and commercial success. Recipient of the Silver Lion Award at the Venice Film Festival, Federico Fellini crafts a semi-autobiographical portrait of five young men lingering in a post-adolescent limbo, dreaming of adventure and escape from their small coastal town.

Drawing on memories from his youth, Fellini interlaces humor with drama to create endearing characters and moments. The climax scene of the film is quite moving and showcases the director’s brilliance at work. I Vitelloni is my favorite Fellini film as it travels back to a time in his life before he would go on to become a celebrated director and evokes a nostalgic feeling of the years gone by.

One of his most imitated works, I Vitellonihas inspired a generation of filmmakers. In a 1963 edition of Cinema magazine, acclaimed director Stanley Kubrick cited the film as one of his top 10 favorite films. Martin Scorsese’s Mean Streets (1973) and George Lucas’ American Graffiti (1979) have also drawn inspiration from the film. 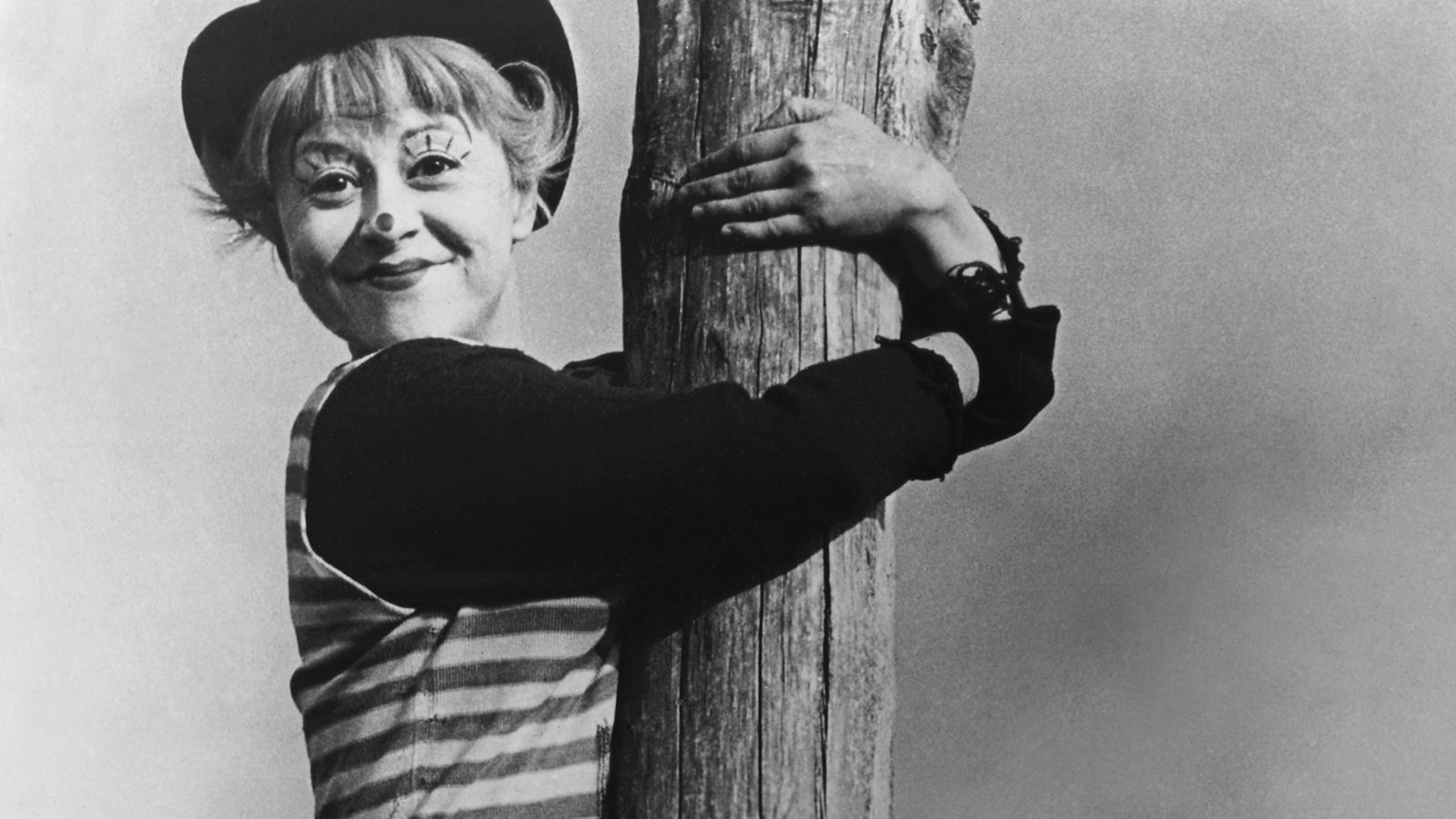 “I am ignorant, but I read books. You won’t believe it, everything is useful… this pebble for instance.”

The first-ever winner of the Oscar for Best Foreign Language Film, La Strada launched Fellini’s international career and made a star of his wife Giulietta Masina. She plays the heartbreakingly guileless protagonist Gelsomina from an impoverished family who is sold to a strongman in a traveling circus. A very touching film that has made many people cry; its ingenuity lies in juxtaposing human nature’s brutishness with tenderness. As with all Federico Fellini movies, despite the grim and dark circumstances endured by the characters,  there is always a glimmer of hope on the horizon. Life, after all, is about living in hope!

Many leading international film directors have named La Strada as one of their favorite films. It was placed fourth in the 1992 British Film Institute directors’ list of cinema’s top 10 films and according to the American Film Institute, it is one of the most influential films ever made. 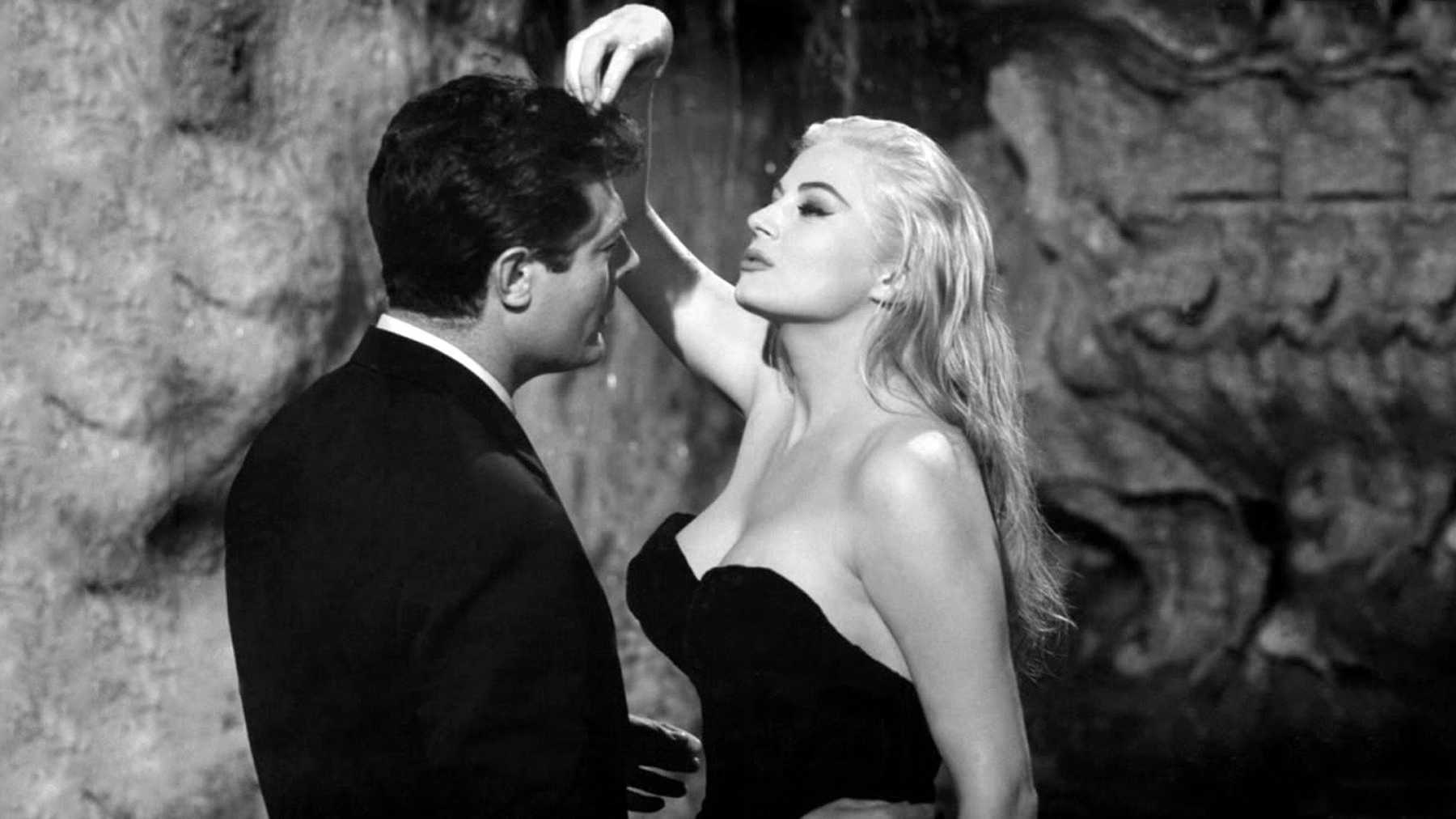 “Even the most miserable life is better than a sheltered existence in an organized society where everything is calculated and perfected.”

La Dolce Vita is the biggest hit of Fellini’s career and catapulted the director to international mainstream success. The film follows Marcello Rubini (Marcello Mastroianni), a journalist writing for gossip magazines, over seven days and nights on his journey through the “sweet life” of Rome in a fruitless search for love and happiness. This Palm d’Or winner at the Cannes Film Festival was an incisive commentary on the deepening decadence of contemporary Europe and it provided a glimpse of just how gossip and fame-obsessed our society would become. Stylish, spiritual, extravagant, and introspective, Fellini’s film showcases almost every facet of human beings without being judgmental.

Pulitzer Prize-winning Film Critic Roger Ebert included the film in his top ten films of all time and it is widely regarded as one of the best European films of all time. 2020 also marks the 60th anniversary of the iconic film.

Also, Read – KEEPING ‘SISKEL AND EBERT AT THE MOVIES’ ALIVE 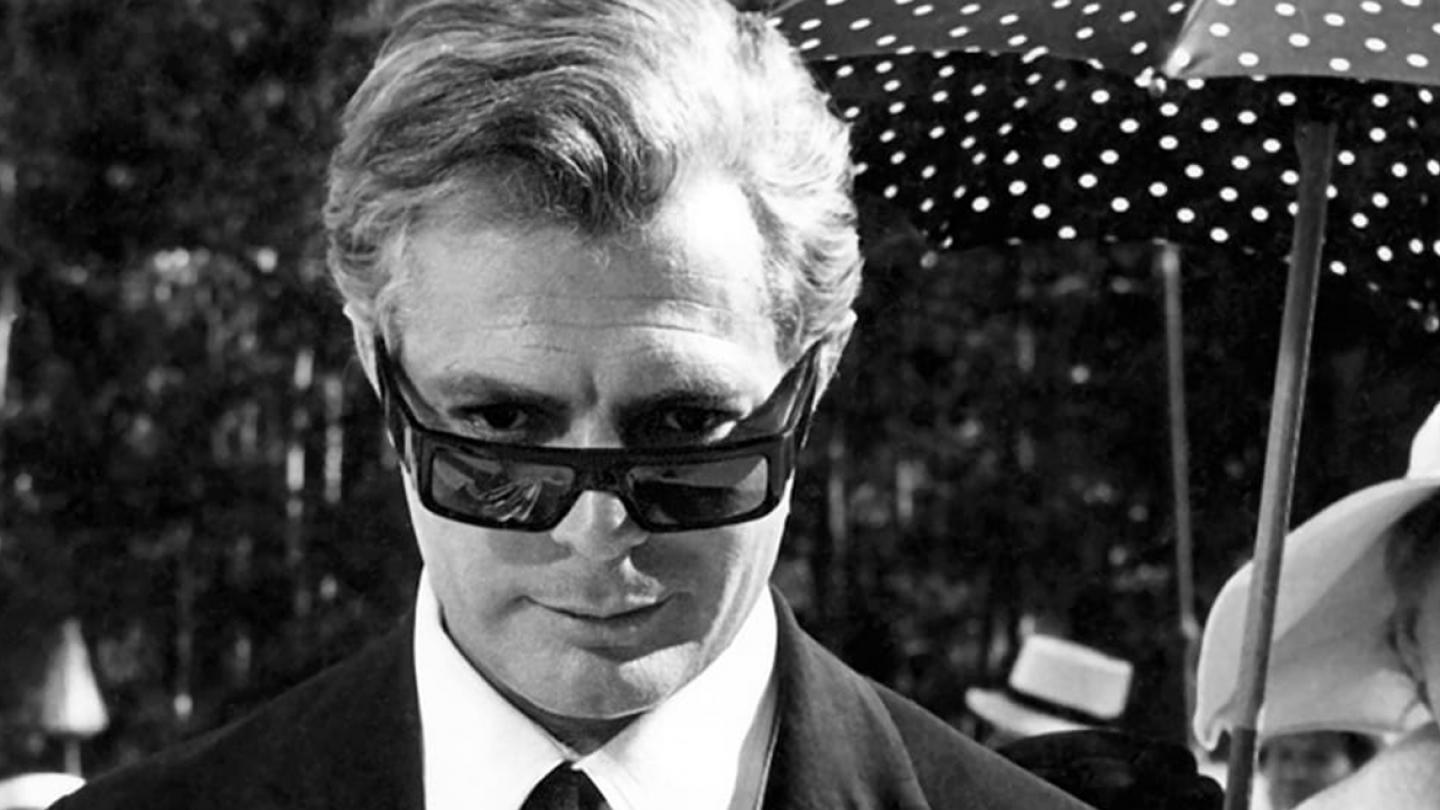 “All the confusion of my life… has been a reflection of myself! Myself as I am, not as I’d like to be.”

Regarded as Fellini’s magnum opus and one of the greatest films of all time, 81/2 is probably the director’s most personal work. The story is about a famous Italian film director (played by Marcello Mastroianni) who suffers from stifled creativity as he attempts to direct an epic science fiction film. With the ups and downs of life intertwined with the joys and tolls of filmmaking, the line separating films and life starts getting blurred; reminiscent of Guru Dutt’s masterpiece Kaagaz Ke Phool (1959).

Winner of two Academy Awards for Best Foreign Language Film and Best Costume Design, the film is considered a masterclass in direction and has influenced many filmmakers across the globe. 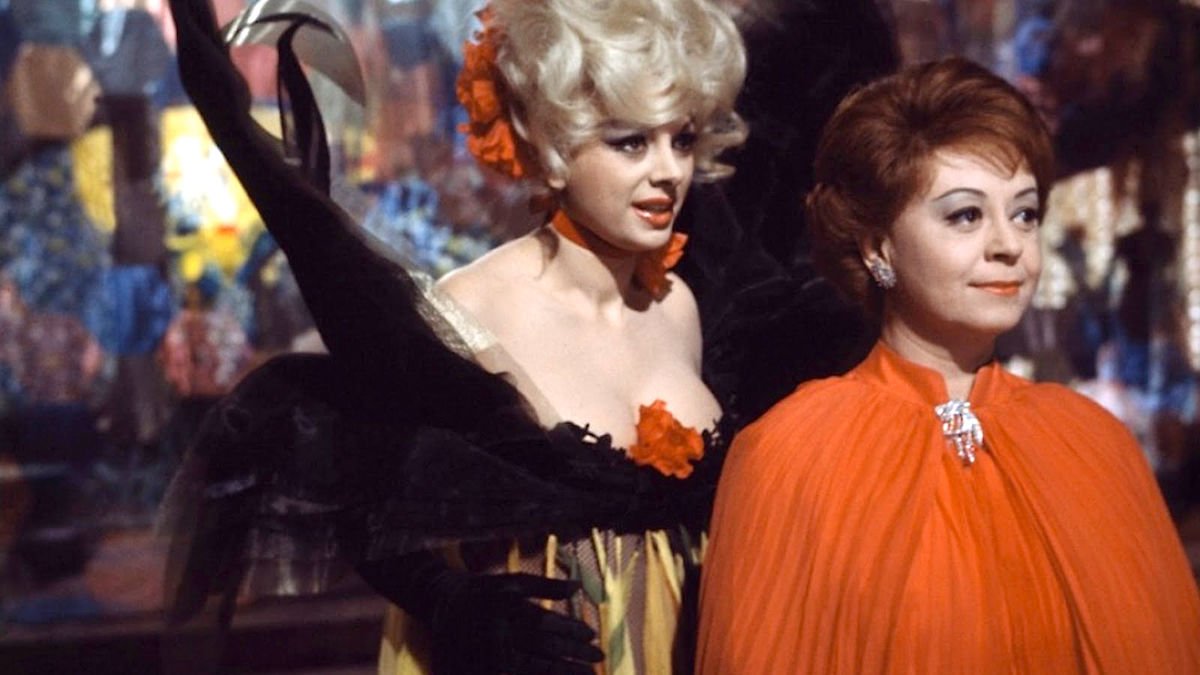 “I don’t care about the clemency you offer me but the salvation of my soul.”

This fantasy comedy-drama was Fellini’s first feature-length color film and won him the Golden Globe Award for the Best Foreign Language Film. Partnering with his wife, actor Giulietta Masina, the film explores the visions, memories, and mysticism that help a middle-aged woman find the strength to cope with her husband’s extra-marital affair. Juliet of the Spirits is a kaleidoscope of immense feeling and takes the protagonist on a hallucinating journey of self-discovery. Does the philandering husband in the film represent Fellini? Is it a confession of infidelity by the filmmaker? Even the most auto-biographical films blend fiction with reality for the purpose of drama. Which means, one can only keep guessing and speculating!

It is rumored that Fellini dropped LSD around the time he concocted this film and is believed to be one reason for the movie to feel so psychedelic. Woody Allen’s film Alice (1990) is loosely adapted from it. 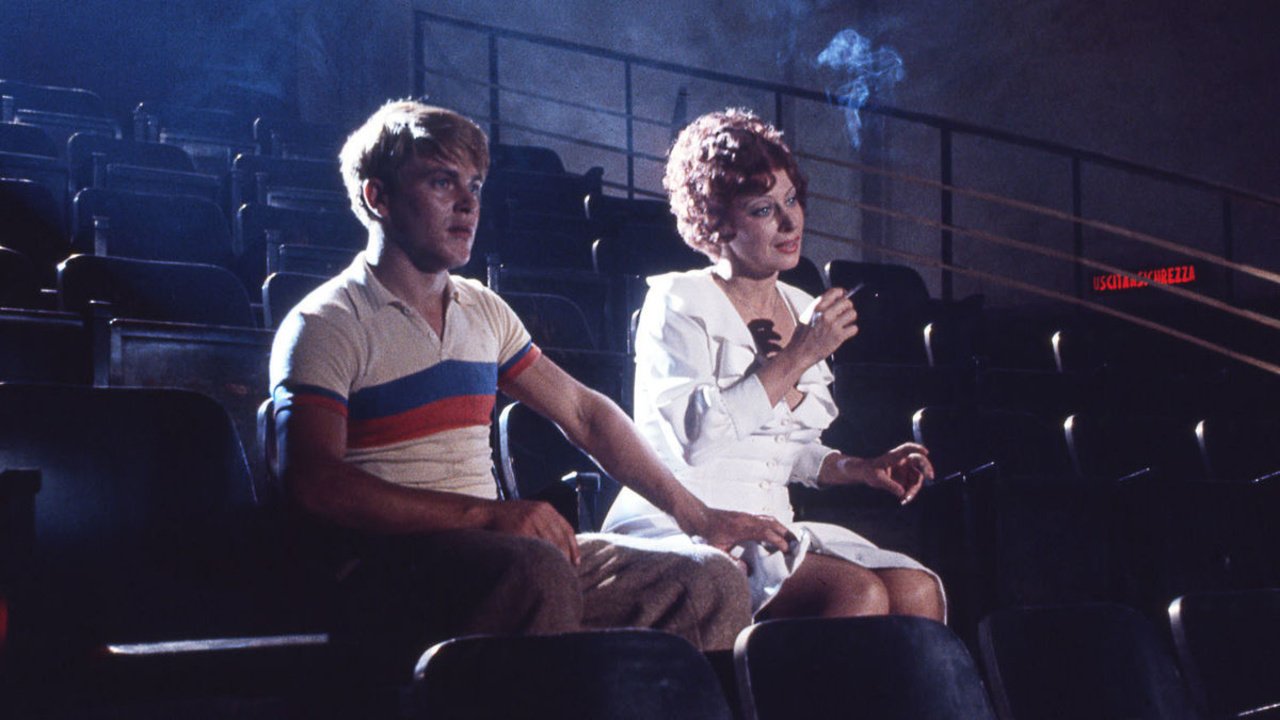 “I didn’t know people kissed like that. Did you? With their tongues going in and out?”

Winner of his fourth and final Oscar for Best Foreign-language film, Amarcord remains one of the director’s best-loved creations. Once again, he revisits the memories of his hometown of Rimini, but in this outing, Fellini recreates his childhood and adolescence days filled with pranks and fun. Amarcord is one of the funniest films ever made, having some hilarious moments of pure riot. The pranks played by the young Fellini and his friends in school are outrightly funny and anyone watching the film will surely miss the fun and carefree days of youth.

Time Magazine and a few other major publications consider the film to be one of his finest works. Roger Ebert rated Fellini as the most natural director among all the greatest filmmakers and Martin Scorsese puts him in his top four of all time.

“I don’t like the idea of ‘understanding’ a film. I don’t believe that rational understanding is an essential element in the reception of any work of art. Either a film has something to say to you or it hasn’t. If you are moved by it, you don’t need it explained to you. If not, no explanation can make you moved by it.”

These were some of the wisest words spoken by cinema’s ultimate dreamer. Many film aficionados spend hours dissecting and analyzing movies, but just as how life is meant to be experienced, and not rationalized or ‘understood,’ the same holds true for films as well. After all, films or any other art form are reflections of life. And, the beauty of cinema can only be experienced by immersing yourself in its magical world.

Go, feast in the carnival of the Italian legend’s works.