Directed by Jukka-Pekka Valkeapää, the Finnish black comedy Dogs Don’t Wear Pants (Koirat eivät käytä housuja) premiered last year in the Director’s Fortnight section of the Cannes Film Festival and has released on MUBI this year for worldwide streaming. A confluence of unyielding horror, vicious comedy, and skilled visual grammar, the film’s fascinating premise has been delivered very competently with great acting throughout. There’s a method to its madness in spite of being an otherwise inconsistent film.

The Finnish drama has been powered by a distinctive visual aura. Cinematographer Pietari Peltola’s framing is evocative and fetching but is cautious to not move it to the territory of adventure because that’s not the point of the film. It punctuates the steadiness of a story that comes of age the other way. But it doesn’t move to the aggression because it is the sheer lack of it that is made up for by the rich atmospherics and the occasional background score. The editing by Mervi Junkkonen marvelously chops the ‘clear’ bits for the enhancement of utter craziness. 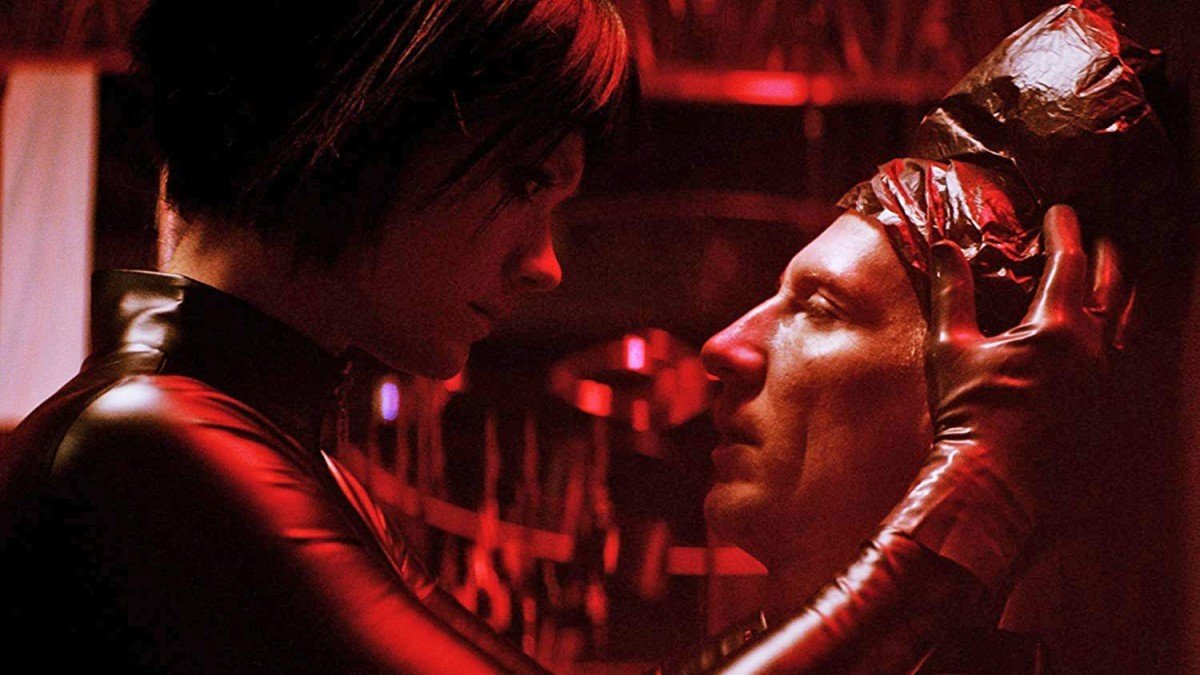 The performances are subtle and carefully fleshed-out. The lead acting is the primary reason your eyes are peeled to the screen. Pekka Strang embodies the ‘other’ film in this picture that no one is talking about. He is notably sensitive and superlative as a father with a moving dynamic along with her daughter (played by Ilona Huhta, she’s thoroughly unconvincing) and represents the film’s horror-drenched look at the middle-aged longing which splits delicately to become a tender coming-of-age drama which is lost again in the, you know, horror. But if Pekka’s performance embodies the sub-films mined out of this story, Krista Kosonen represents the film itself. She is feisty, charming, and blooming with an uncertain kind of honesty. As a sphinx that decorates her persona with heft – it’s a performance that does perfect justice to the sweet and staggering badassery. It helps then that the dominatrix act is also provided by a thing of beauty – it is refreshing a change of pace from the Scarlett Johansson-esque character arcs.

It is to the credit of the film’s satisfying running time (that of one hour and 46 minutes) that the film is short, crisp, and always stylish. Jukka-Pekka sticks to a singular tone that helps because, despite the lack of layers, the film’s thrills pay off. You gleefully submit to Dogs Don’t Wear Pants‘ unpredictable quality – and the often indigestible, very uncomfortable visuals which are used in places. The sole tone also helps because the film’s closure- that’s filled with reflective, suggested morbidity. It doesn’t seem too jarring or unnecessary and it reiterates the fact that not all stories end on a high note.

But Dogs Don’t Wear Pants doesn’t come without its imperfections. Despite such a short run time, I lost interest after an hour into the film. The writing has palatable ambition and a quirky graph of chills but the dialogue needed a more measured and updated structure to stay afloat. Apart from the leading performances, almost everyone else is unimpressive. A bit with a laughing prostitute is fairly funny but forced and slightly annoying. While the film is uproarious fun as a comedy, it is not the delightful kind. This confirms further that this film is not for everyone. Despite the consistency of tone, the film is very inconsistent, mostly so in the last fifteen minutes.

But despite the flaws, the beauty of Dogs Don’t Wear Pants is hard to dismiss. The sophisticated visual aura has been entangled with terrific acting to produce a perplexing cinematic sexual odyssey that thoroughly hooks you. Even without dialogue or a plot to speak of, this body-dogging-sexual-magnificence will be a pure joy to watch.