In the beginning, there was the tool. A tool used to capture people’s quotidian activities. Until the time this tool metamorphosed to continue our long-standing tradition of telling stories, it documented things. From Lumiere Brothers, cinema verite to the era of Stan Brakhage & Chris Marker to the modern web media, the documentary film form has always pushed itself forward, featuring distinct, independent voices. Many documentarians use the form as a tool to address issues and provoke critical thinking (the worst does the opposite — manipulates). Few others treat it as an art-form in order to deeply embed their thoughts within the intricate visuals. The narrative form of documentaries continues to blend in various genres, creating unique audiovisual experience.

Brian Oakes’ emotionally effective documentary tells the troubling tale of American photo-journalist James Foley. In November 2012, Foley was captured by a gang in northwest Syria. In August 2014, he was beheaded, in front of camera, by ISIS militants. The terrorist gang called the brutal execution as the response to America’s airstrikes in Iraq (Foley was the American citizen to be killed by the ISIS). Oakes interviews Foley’s family members, fellow journalists and the fellow detainees to construct the events that leads to his capture and the subsequent miserable fate. Director Oakes offers a very sincere tribute to the restless spirit of James Foley. But this heartfelt lament could have been more powerful, if Foley’s fate and his family’s agony were placed in a wider context. It’s not necessary to provide the detailed Geo-political account, but at least it could have delved a little more into the lives of freelance conflict journalists.

New Zealand journalist David Farrier wades through strange corners of YouTube & social media to report on oddly funny activities of the pop culture. He is supposed to hunt for something entertaining as well as weird enough to hold viewers attention for a minute and a half. When David came across a video titled ‘Competitive Endurance Ticking’ (a guy is strapped and tickled) he thought that he’s got his absurdly funny story. At that point, Mr. David wouldn’t have known that he is going to walk along a darker path to make a documentary feature named “Tickled” (2016). Tickiling Fetishism Empire. Yes, you have heard it right. An innocent child’s play is used by adults to form an unsettling subculture. It has also allowed a wealthy, sadistic virtual harasser to build a much darker space. The narrative could have been more explosive, if it had covered the broader aspect of dangerous anonymity in web, alongside the unveiling of a strange sociopath. 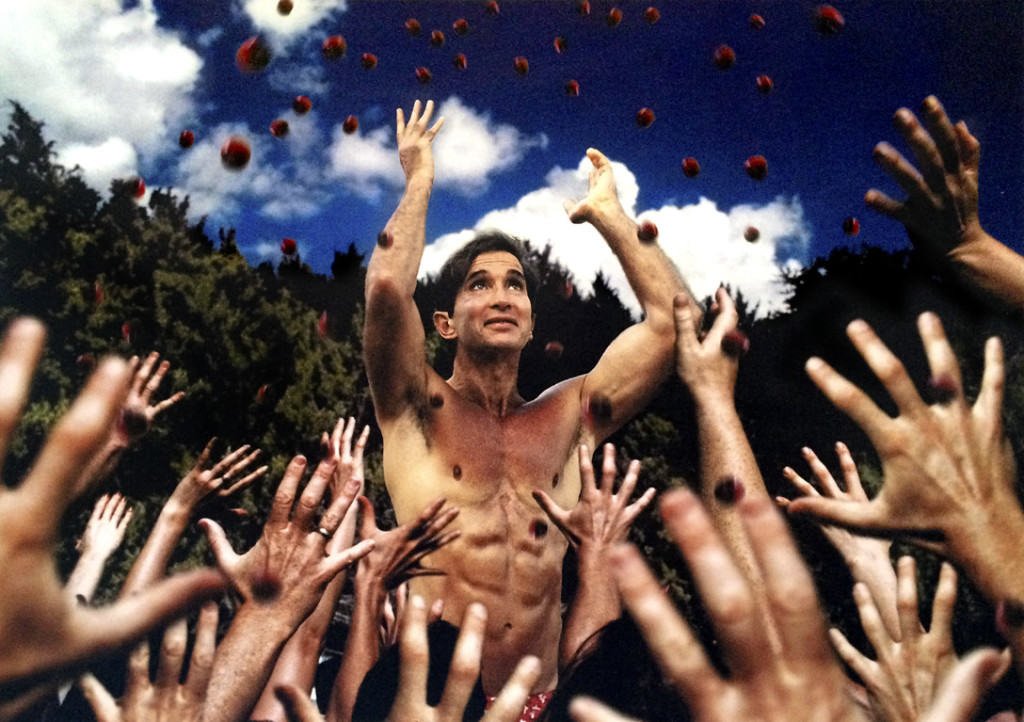 Will Allen puts forth his documentary as the result of a 22 year journey, in search of a truth. “Holy Hell” is a must watch for those who have a strong interest to learn about cult exploitation. Allen was one of the victims of a cult that abused his definitive devotion. As the loyal member of spiritual community called Buddha-field, he recorded the group’s propaganda and other activities for nearly two decades. When he understood how he was duped and about his victimization, Allen went on to expose the cult and its self-style spiritual leader, known as Andreas (he was a Venezuelan whose real name was Jaime Gomez). This documentary could be a fitting companion piece to Alex Gibney’s examination about ‘Scientology’. While, Gibney used cult survivors and other evidences to look at the organization from outside, Allen’s could have little more profound than Gibney’s, since it incorporates the vision of a former devotee. The interviews get a bit repetitive, lacking the insights on hollow quality of cult mentality. Maybe it seems redundant, since there’s little emotional connection with members, who are all talking about a memory or feeling which I haven’t experienced.

The expert film-maker/documentarian Werner Herzog, equipped with his own distinct brand of philosophies and eccentricities, is the perfect outsider to brood on the topic of ‘connected’ digital age. In the ten chapters of “Lo and Behold”, Herzog portrays the uplifting, shocking, and ambiguous features of our digital world. His journey takes him to UCLA to Carnegie Mellon University to Las Vegas Hackers Convention to even a rehab center for internet addiction. Many of the information, we come across here are thoroughly explored in many other documentaries. However, Herzog is able to imbue an unparalleled experience through his smart approach to question the technological evolution. The film-maker’s distinct observatory mode also lacks the moralistic hand-wringing. As always, it is electrifying to hear Mr. Herzog’s (often parodied) voice, which stirs up both amazement and trepidation.

The Beatles are now accommodating the honored past. Ron Howard’s fabulous documentary feeds a lot to that honor and the fascinating inter-generational appeal. To a dedicated Beatles fan, this is nothing but a marvel. They get the front row seat to look at these clean-shaven four guys, who were about to cause a pop explosion that changed the music world. The documentary is set on the years when the famous band went through a paradigm-shift. These were the formative touring years from early to mid 1960s. For outsiders, Ron Howard’s approach might seem like an exaggerated form of promotional statement. But, I felt that this is the kind of essential advertorial approach which fully justifies the emergence of a great rock band. Howard has also included many fascinating interviews (from relevant personalities of the era) and the exciting, candid footage (perfectly edited by Paul Crowder). “We just wanted to play; playing was the important thing”, says Mr. John Lennon. Yes, they played great songs and at an essential, metamorphosing period in American culture

Although Bennett Miller’s “Foxcatcher” (2014) was one of the remarkable character studies ever made, it didn’t present us truer version (or concealed many details). Jon Greenhalgh’s sterling picture gives the full, real details behind the eventual downfall of multimillionaire John E. Du Pont (heir to family’s chemical business). The murder of Olympic Wrestler Dave Schultz by Du Pont, in January 1996, was one of the most sensational murder cases in American crime history. Greenhalgh takes a straightforward look at Du Pont and the dynamics with his close-knit community of wrestlers. If the film focused on the inner workings of Du Pont, the documentary rightly focuses on the complicity of others, who just stood-by as the man jumped deep into the vortex of insanity & paranoia. It sees the events with a hindsight which mixes in feelings of disbelief and grief along with guiltiness. 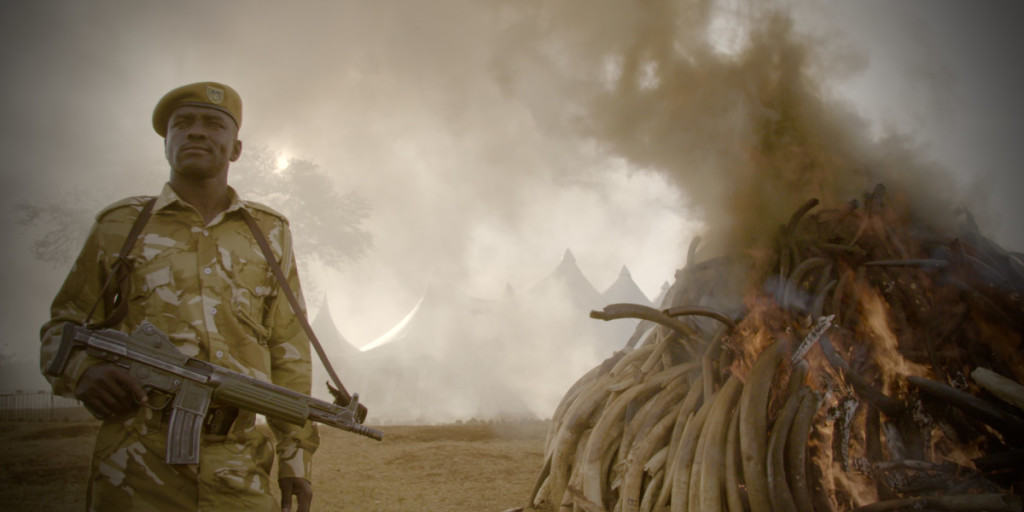 Richard Ladkani and Kief Davidson’s is the kind of deeply moving activism documentary that makes us draw parallels to “Blackfish” and Oscar-winning “The Cove”. Similar to “Racing Extinction”, the directing duo tracks down worldwide nature disaster, enabled by human greed. The narrative is pretty poaching syndicates. Although film-makers’ thrilling trip around African villages unveils some shocking things, the biggest shocker is the view we get at consumerist end. The Beijing shops showcasing intricately carved tusks are where this global scourge ought to be fought. And we learn a horrific fact at the seller’s end: a kilogram of tusk which an African hunts & gives away for &7 is sold for thousands of dollars in the Chinese market. Despite being an expose, the documentary also looks at the complexity behind this ivory game. On how it is hard to stop the poachers and on how the illegal stockpiles of ivory get into Beijing markets. Finally, there’s not a dull moment in this when compared to other advocacy docs. 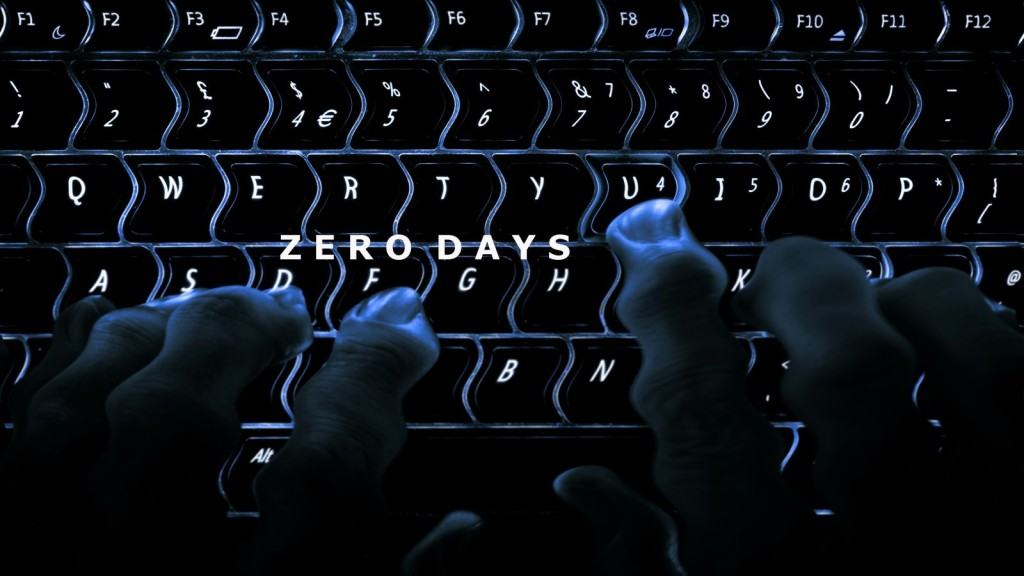 The righteous fury of documentary film-maker Alex Gibney once again shines through his latest work, “Zero Days” — a part spy thriller and part cautionary tale about the looming threat of global cyber warfare. It is the kind of documentary that will make you paranoid, when you wade through the digital realm, sharing all kinds of things, leaving your digital footprint. Gibney unveils the secrecy behind ‘Stuxnet’ virus. Stuxnet is a flawlessly crafted piece of code or virus or malware designed initially to target specific Siemens devices: the kind used to control centrifuges in nuclear energy plants. All hell broke loose when this virus mutated and popped-up in computers, all around the world. Gibney explores the post-2010 cyber espionage atmosphere, where America’s alleged monopoly in cyber intelligence is gradually threatened by the rise of other nations in the cyber realm (China, Russia, Iran, etc). The 2010 timeline is vital because it was the year when ‘Stuxnet’ made the centrifuges at Natanz nuclear power plant (in Iran) to implode. As usual Gibney brings in lot of fascinating talking heads (like former heads of CIA, NSA, and Mossad) to offer shocking, eye-opening insights. And, it works a little better if you are under-informed about the virtual battleground.

Russian documentarian Vitaly Mansky spent nearly one year in North Korea (ruled by a totalitarian government) to seek permission for shooting a documentary. He accepted the authorities’ variety of rules. The chief among them is that the authorities will choose the subject matter. Mansky is only allowed to shoot in pre-approved locations and finally he should submit his footage to make them ‘correct’ his mistakes. But, still Mansky’s “Under the Sun” is able to break through the shiny propaganda images, harbored by Kim Jong-un and his scared pawns. Mansky’s is allowed to document the life of an angelic eight-year old girl Zin-mi, who is about to join the Korean Children’s Union. From classrooms to factory floors to living room, Zin-mi and her family lack the private space. Even a simple dinner conversation ends up in discussing about heavenly nature of their president. The atmosphere Mansky shoots is meticulously constructed by the authorities. But, he offers a nuanced, intimate portrait which makes the reality to creep through the ridiculous, utopian fantasy. Like in many propaganda features, the contrived, elaborate showmanship becomes tedious after some point. Nevertheless, it is a must watch for those interested in learning about the politics of non-thought. 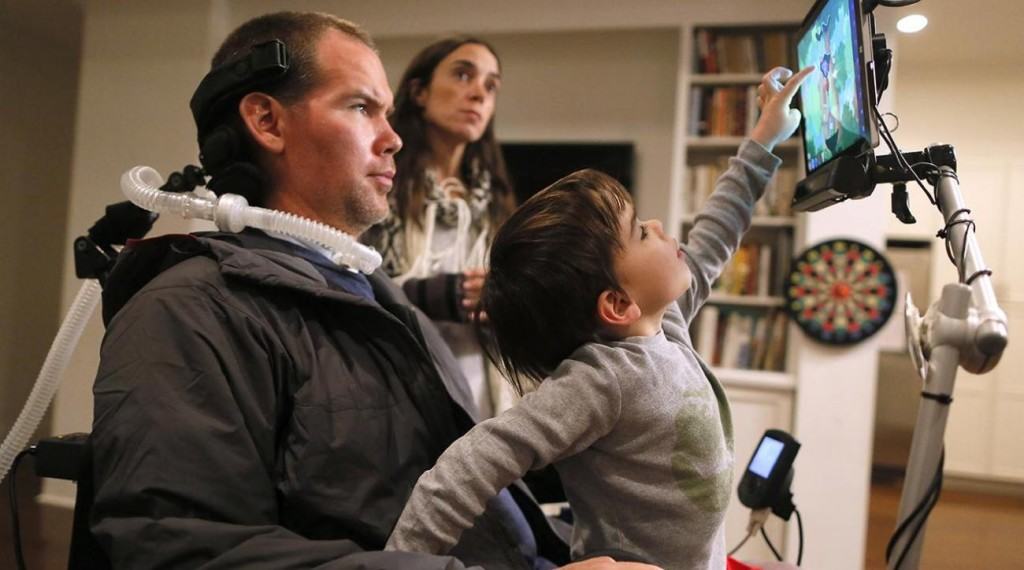 Clay Tweel’s portrait of former NFL star Steve Gleason, who is suffering from rare neurological disease known as ALS, is both agonizing and life-affirming. The intimacy with which Tweel approaches Gleason makes us immerse into the man’s excruciating ordeal. It was three years after retirement from NFL Gleason learned that he has ALS and that his wife is expecting their first child (a boy). The incurable illness may limit Gleason’s relationship with his son in the near-future. So, the couple decided to make a video blog (or a diary), sharing his wisdom as well as pain. Tweel uses these materials plus Gleason’s other remarkable pursuits after getting diagnosed with ALS. The result is a flat-out heart-breaking experience. There are moments when Tweel crosses the genuineness to go for melodrama, but for the most part it takes a raw look at the man’s extraordinary perseverance.